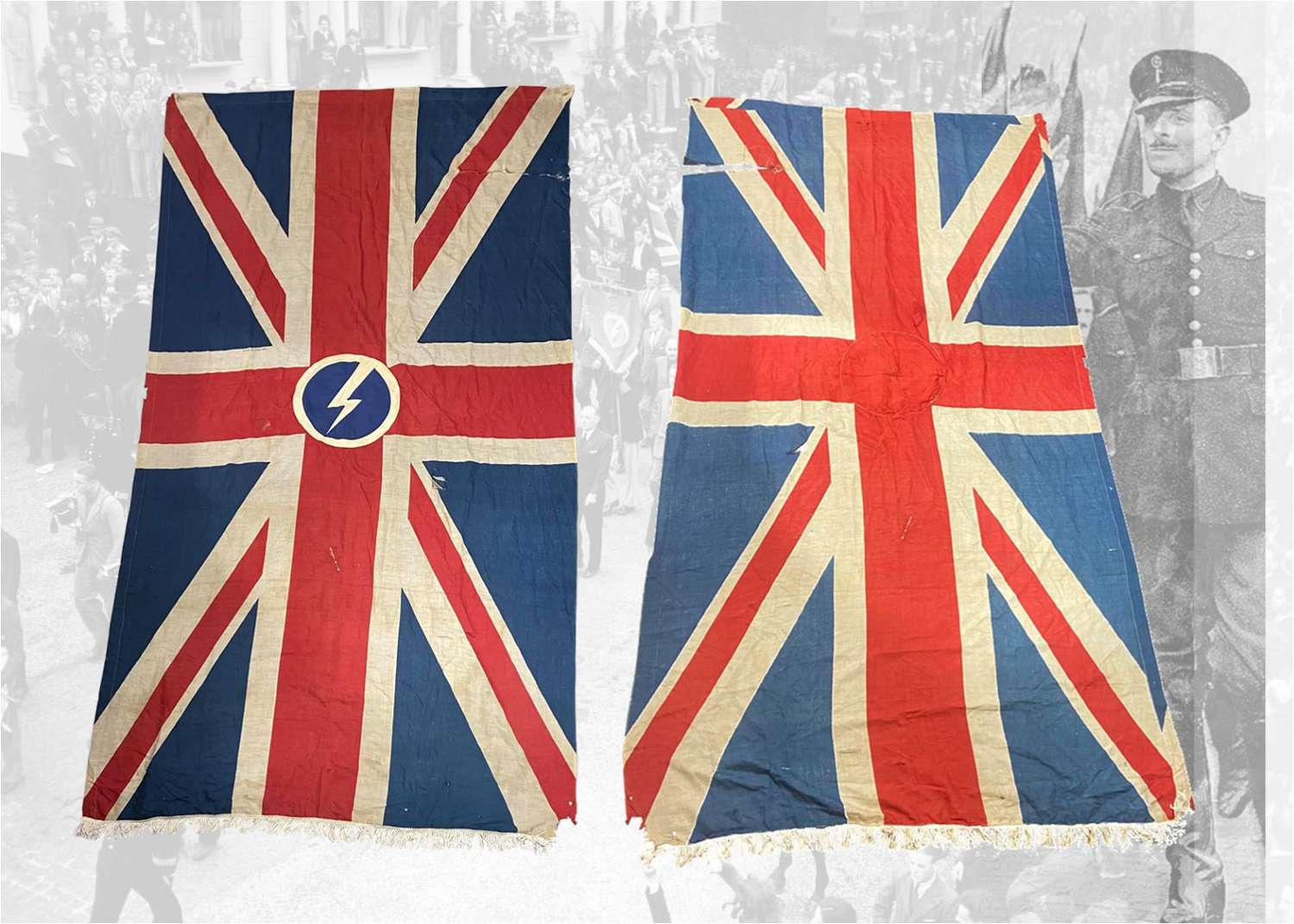 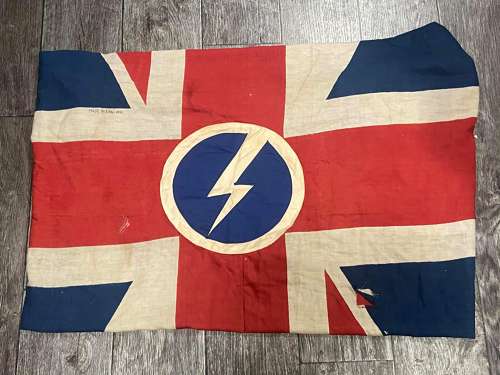 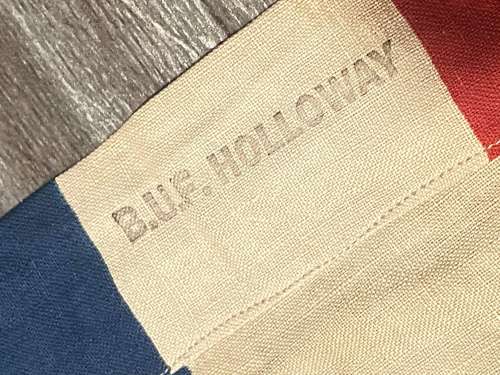 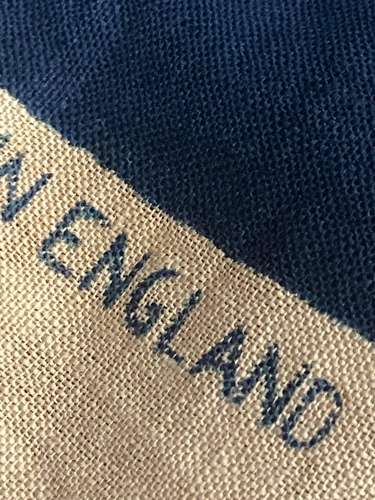 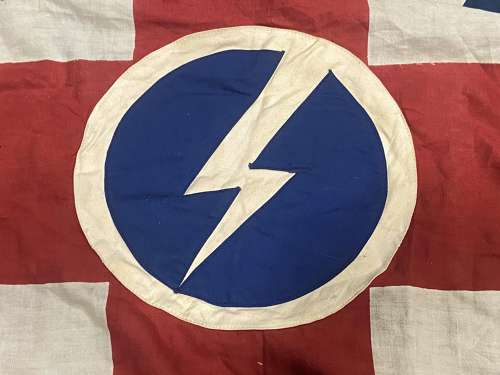 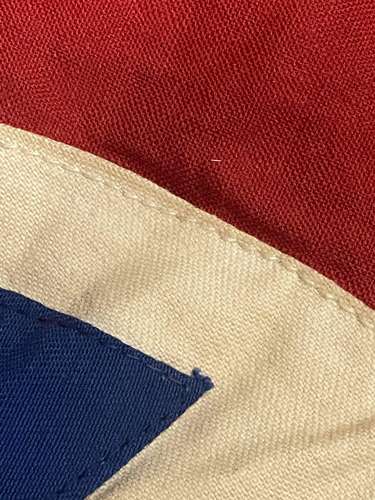 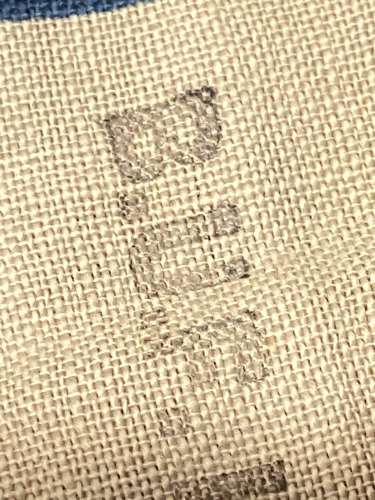 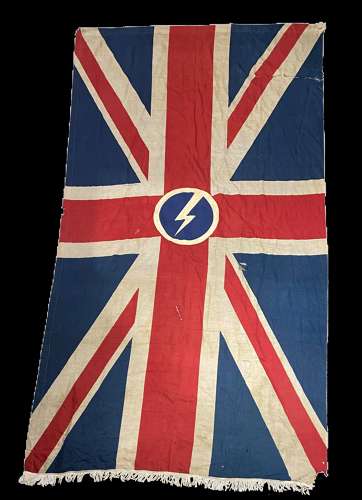 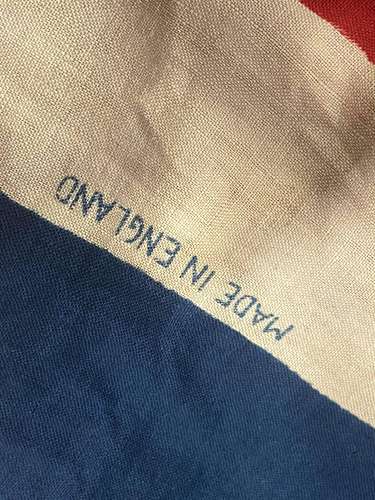 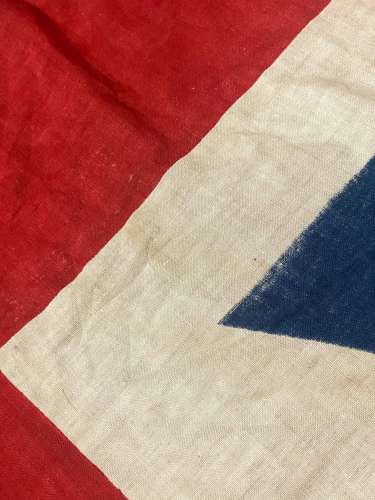 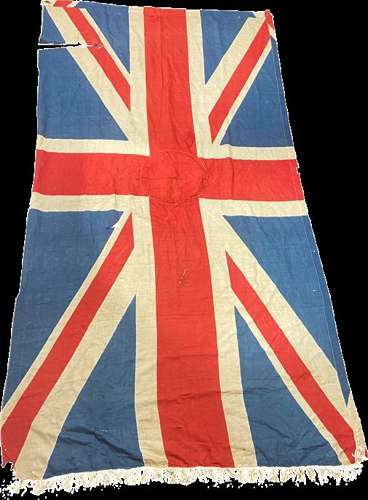 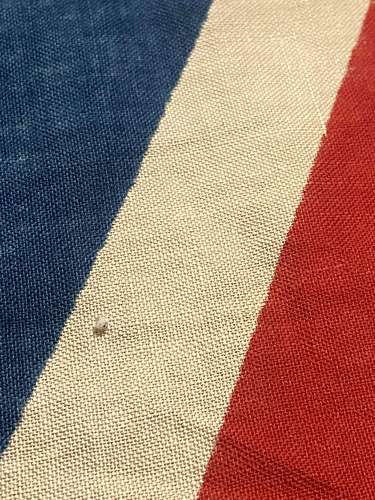 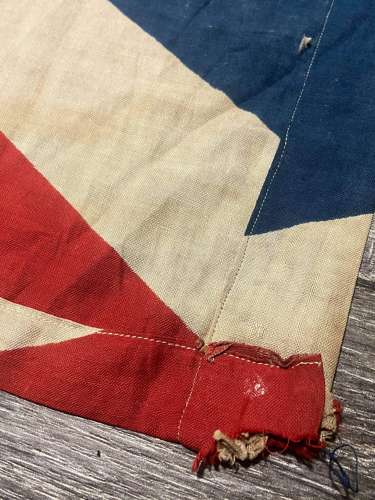 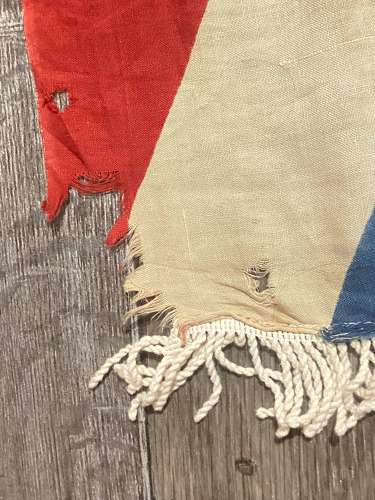 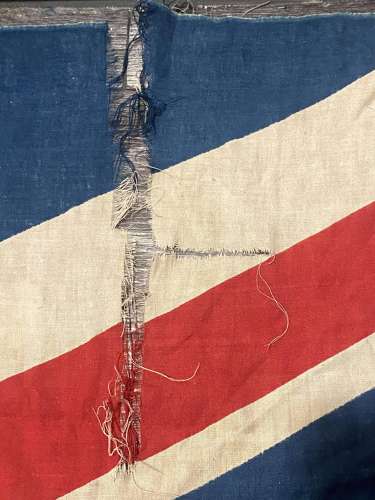 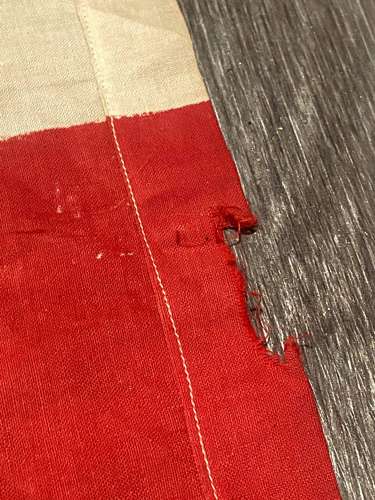 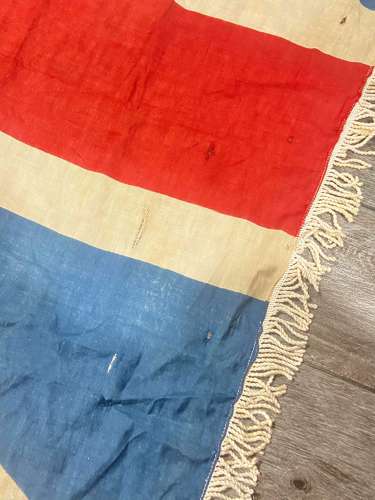 For sale is an exceptionally rare piece of British social history from the early 1930s to the mid 1940s, belonging to the B.U.F British Union of Facist’s. This Large B.U.F political banner/ flag measures 104.14cm width x 205.74cm, this B.U.F flag is marked in a blank ink stamp on the back “B.U.F. HOLLOWAY” in which this is believed to be from HMP Holloway prison where Mosley and many other BUF members & supporters were interned.

The British Union of Fascists (BUF) was a British fascist political party formed in 1932 by Oswald Mosley. Mosley changed its name to the British Union of Fascists and National Socialists in 1936 and, in 1937, to the British Union. In 1939, following the start of the Second World War, the party was proscribed by the British government and in 1940 it was disbanded. The BUF's foundation was initially met with popular support, and it attracted a sizeable following, with the party claiming 50,000 members at one point. The press baron Lord Rothermere was a notable early supporter. As the party became increasingly radical, however, support declined. The Olympia Rally of 1934, in which a number of anti-fascist protestors were attacked by the paramilitary wing of the BUF, the Fascist Defence Force, isolated the party from much of its following. The party's embrace of Nazi-style anti-semitism in 1936 led to increasingly violent anti-fascist disruptions, notably the 1936 Battle of Cable Street in London's East End. The Public Order Act 1936, which banned political uniforms and responded to increasing political violence, had a particularly strong effect on the BUF whose supporters were known as "Blackshirts" after the uniforms they wore. Growing British hostility towards Nazi Germany, with which the British press persistently associated the BUF, further contributed to the decline of the movement's membership. It was finally banned by the British government in 1940 after the start of the Second World War, amid suspicion that its remaining supporters might form a pro-Nazi "fifth column". A number of prominent BUF members were arrested and interned under Defence Regulation 18B.

On 23 May 1940, the BUF was banned outright by the government via Defence Regulation 18B and Mosley, along with 740 other fascists, was interned for much of the Second World War. After the war, Mosley made several unsuccessful attempts to return to politics, such as via the Union Movement. Sir Oswald and Lady Mosley were released in November 1943, and greeted by mass public protest, while other BUF leaders, including Alexander Raven Thomson (1899–1955), the movement's main ideologue and the author of The Coming Corporate State (1937), waited until 1944 for their release.

Diana (Mosleys wife) soon joined her husband behind bars, although her cousin Winston Churchill saw to it that their accommodations were comfortable, if not downright luxurious. A newspaper fantasised about Mosley's life inside, imagining a butler and unrationed viands; he sued for libel and the couple saw each other for moments at court. The damages paid for a rough fur coat, under which she slept. Churchill granted her request that the Mosleys be imprisoned together in a small house inside Holloway walls. They had quiet, clean sex offenders as domestics; they raised and cooked vegetables, aubergines and fraises des bois besides cabbages, listened to records, read Racine, sunbathed in their tiny yard. The prison priest told the warden: "It's the Garden of Eden out there, Lady Mosley in her little knickers." When they were released in 1943, 20,000 people petitioned and protested. Exiled from London and with their other properties requisitioned, they grew food at Cimmie's farm and tutored their sons at home.

This is an exceptionally rare original large  (104.14cm width x 205.74cm) single sided British Union of facist flag, stamped HOLLOWAY ENGLAND on the reverse. Please view the photographs carefully to see the condition of the flag, mostly in good condition, however there is a medium sized L shaped rip to the top right hand sided and the right bottom corner has a small amount of damage also. Otherwise age related issues, however this does not take away from the important social history & political history of this interesting flag! Open to sensible offers, and or payment plan options are available. Happy to post internationally with the relevant insurance, this will be dispatched with a tracked and signed for service. This item is also guaranteed original or money back guaranteed.