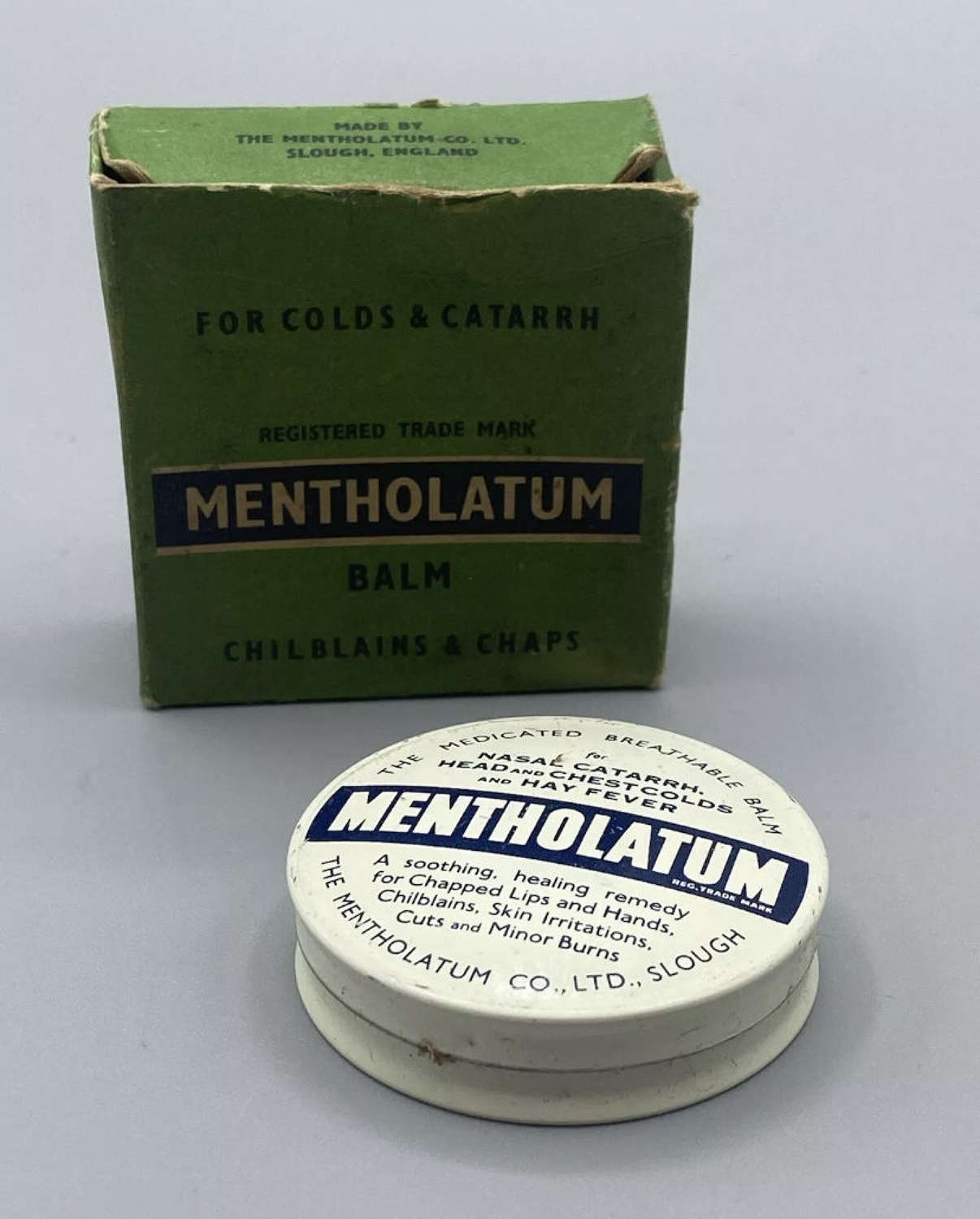 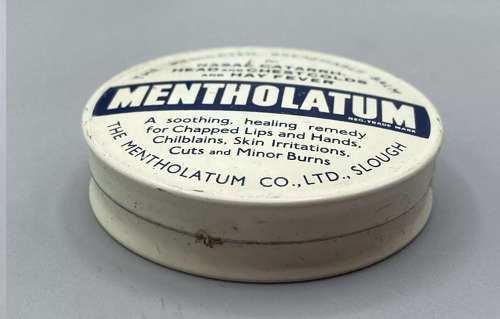 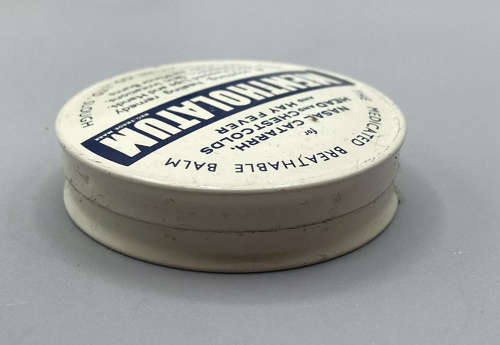 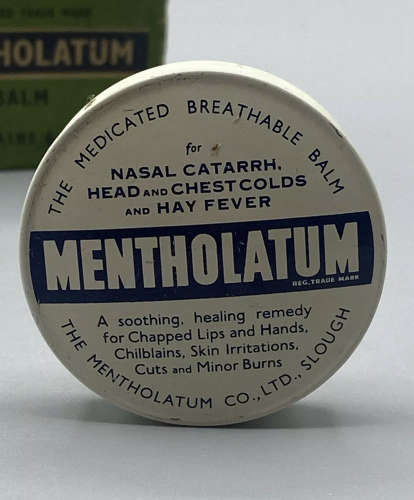 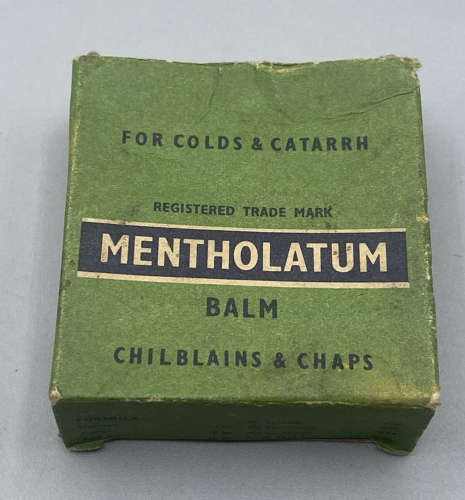 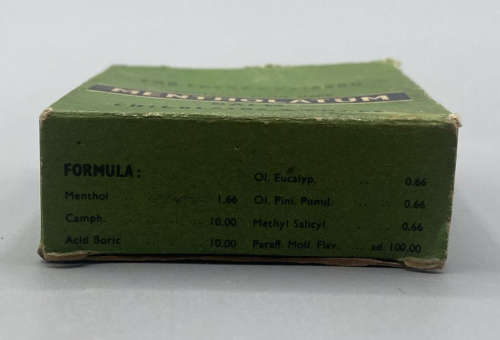 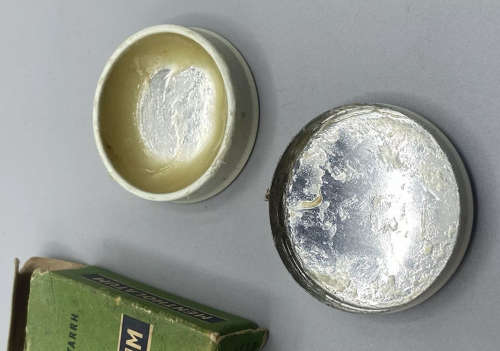 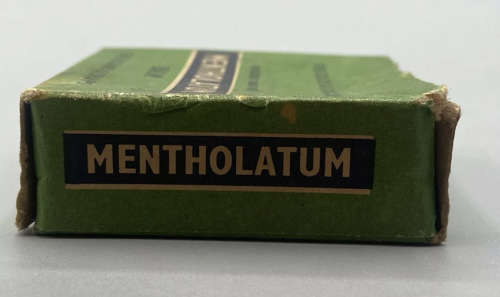 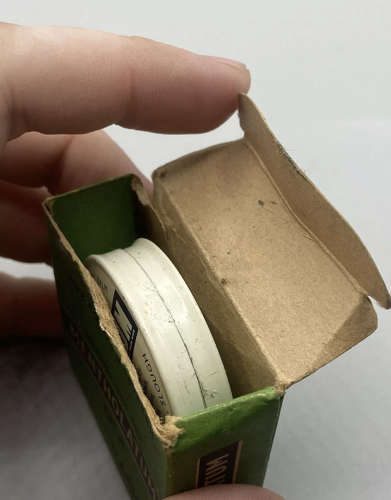 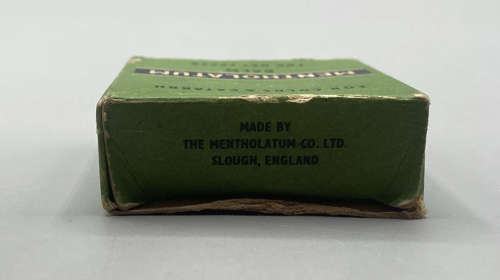 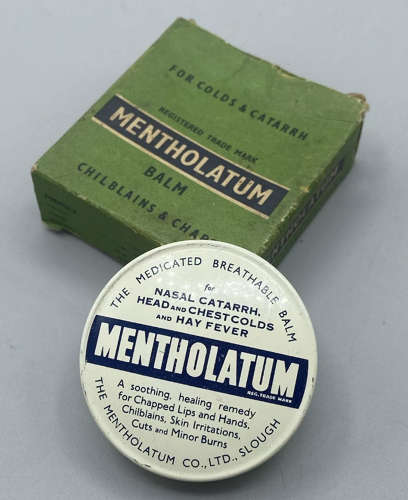 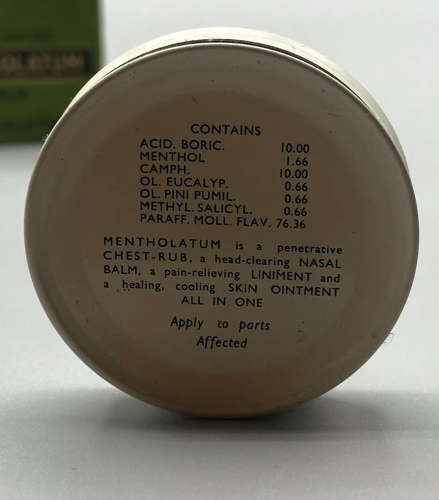 For sale is a WW1 British Home Front Boxed Mentholatum & Tin & Breathable Balm Contents. The breathable balm was first on shop shelf’s in 1899, When The Yucca Company started manufacturing a cough syrup containing a blend of camphor and menthol, named Vest Pocket Cough Specific, Hyde became intrigued by the soothing and anti-inflammatory effects of menthol. After 4 years of research and experimentation, the company introduced the original "Mentholatum Ointment" in December 1894, which consisted of a combination of menthol and petrolatum. The product was so successful that in 1903 Hyde opened a second office in Buffalo, New York, to handle sales and distribution east of the Mississippi River. In 1906, The Yucca Co. officially incorporated the name "The Mentholatum Company" after its flagship product and no longer sold soap. In 1909 a new factory was built in Wichita, Kansas, and in 1919 a second factory was built in Buffalo. The Wichita factory was closed after Hyde's death in 1935 and the corporate offices were moved to Wilmington, Delaware, in 1937 and later to Buffalo in 1945.