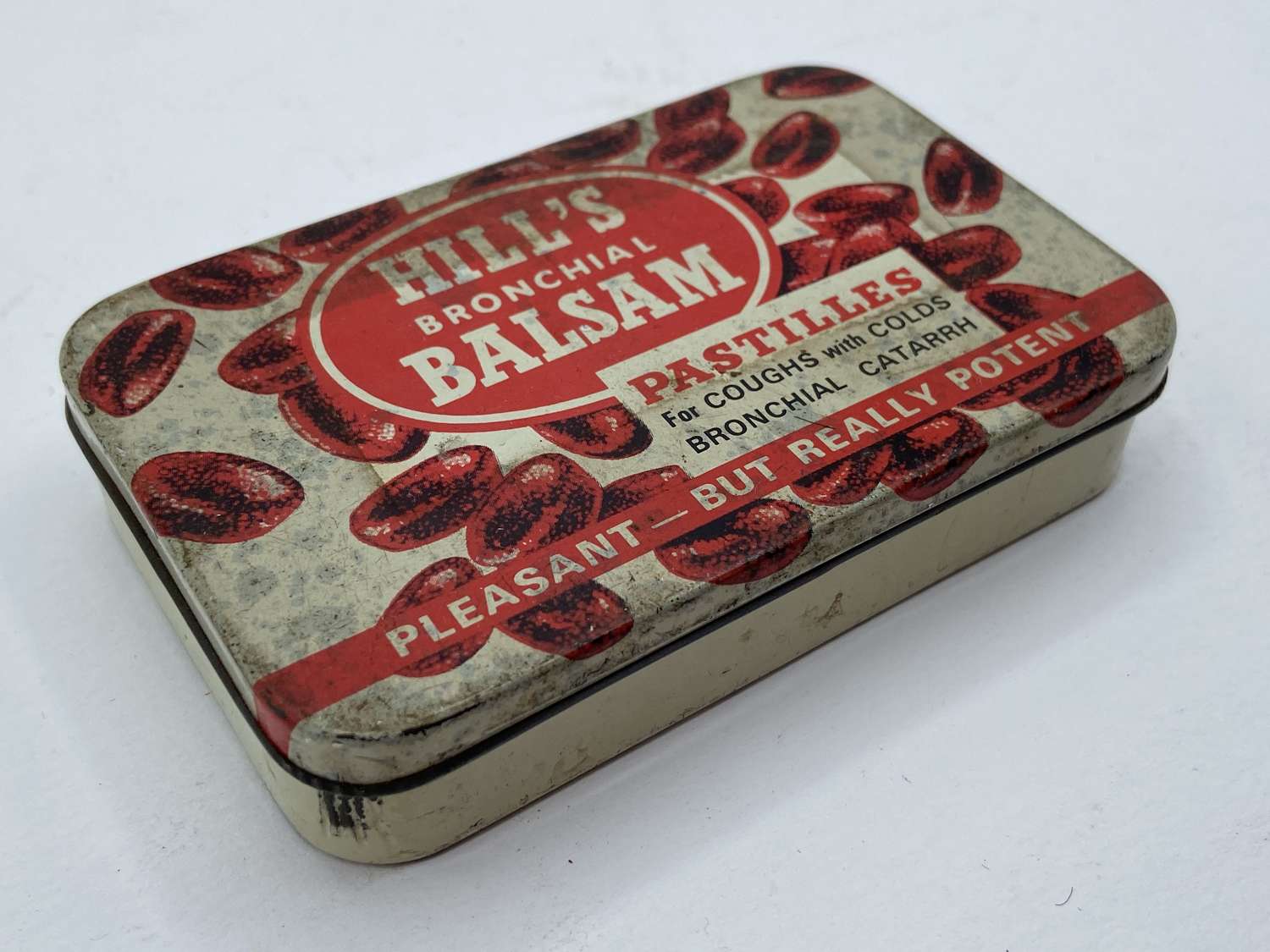 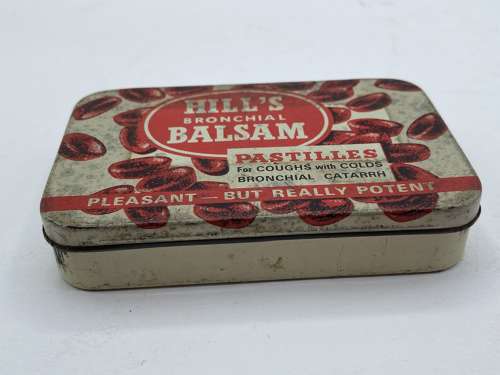 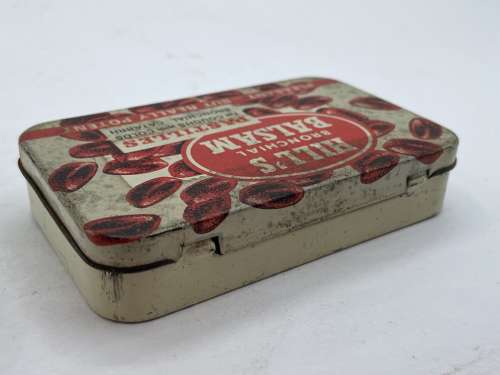 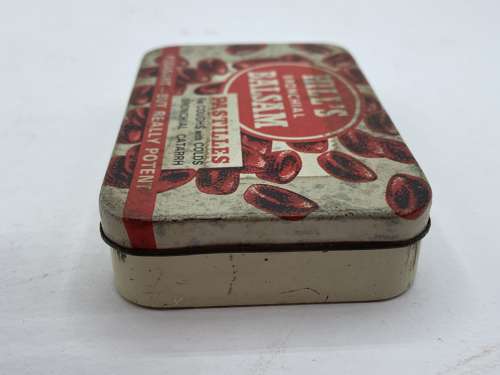 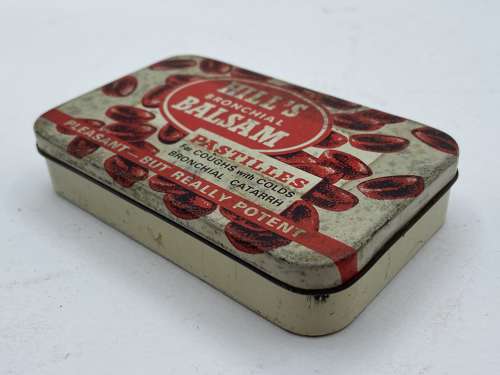 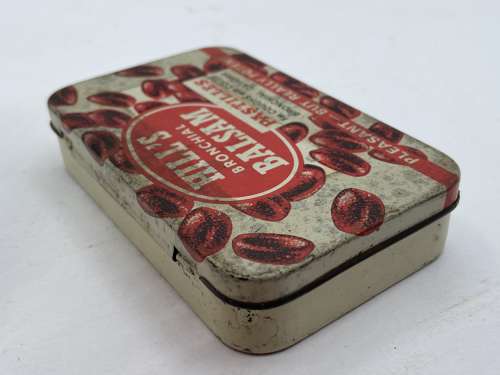 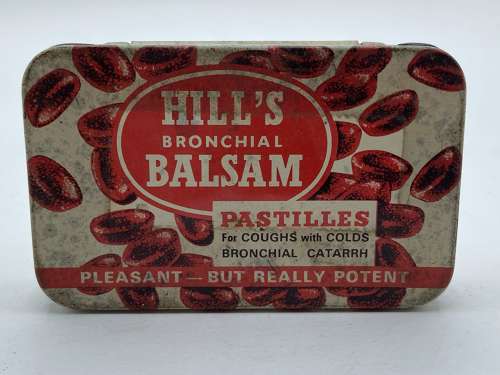 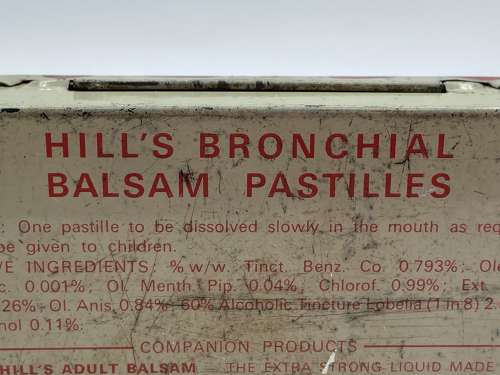 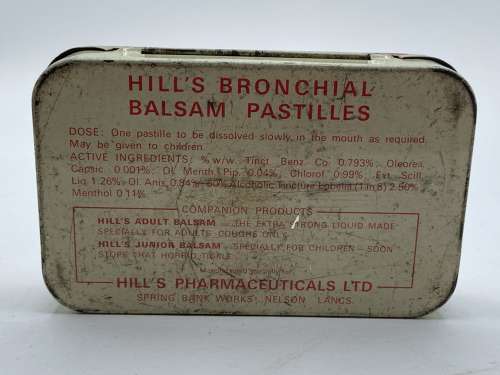 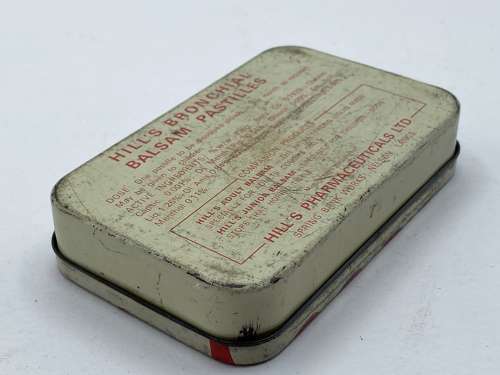 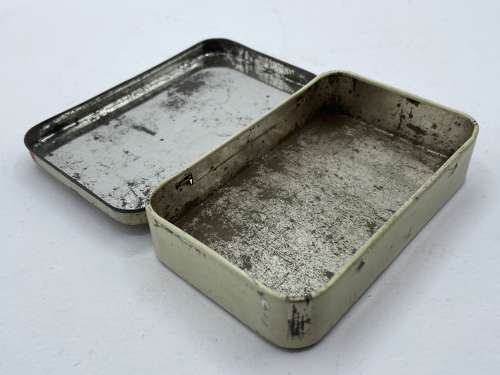 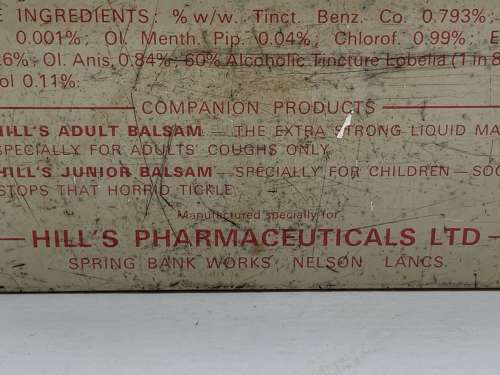 £14.00 Approx $16.91, €16.55, £14
(1 in stock)
Qty
For sale is an original WW2 Period British Pharmaceutical Home Front Collectable that dates from the 1930s to early 1940s. This period pharmaceutical collectable is an WW2 British Pharmaceutical Home Front Hill’s Bronchial Balsam Empty Tin, which has a great illustrated front lid, with the instructions to the bottom.
Hills bronchial balsams pastels we’re for you If your chest felt tight and sore, if you were awake half the night, and woke up ‘dead beat’ through the day, if you were a busy worker or housewife who just couldn’t afford to ‘lay up’ then Hills was for you. The bronchial balsam was made extra strong specially to deal with harsh obstinate coughs. And if you felt the strong, syrupy comfort as it went down, warming soothing and relaxing, you could be assured that at last you were taking the ‘real stuff’ for your ills. At that time, Bottles of bronchial balsam were available at the chemist at either 2s 9d or 5/.
This empty tin of Hills Bronchial Balsam Pastels is in good condition, which makes it perfect for a 1930s to 1940s British wartime home front and military Pharmaceutical and medical displays, reinactors and collectors! This is guaranteed an original 1930s to 1940s British home front collectable!
This will be sent via Royal Mail 1st class signed for and dispatched within 2 working days. This will be sent as a small parcel as it needs to be padded with extra protection to survive the post! Please check my eBay for more great British wartime home front collectables! Also happy to do deals on multiple orders!