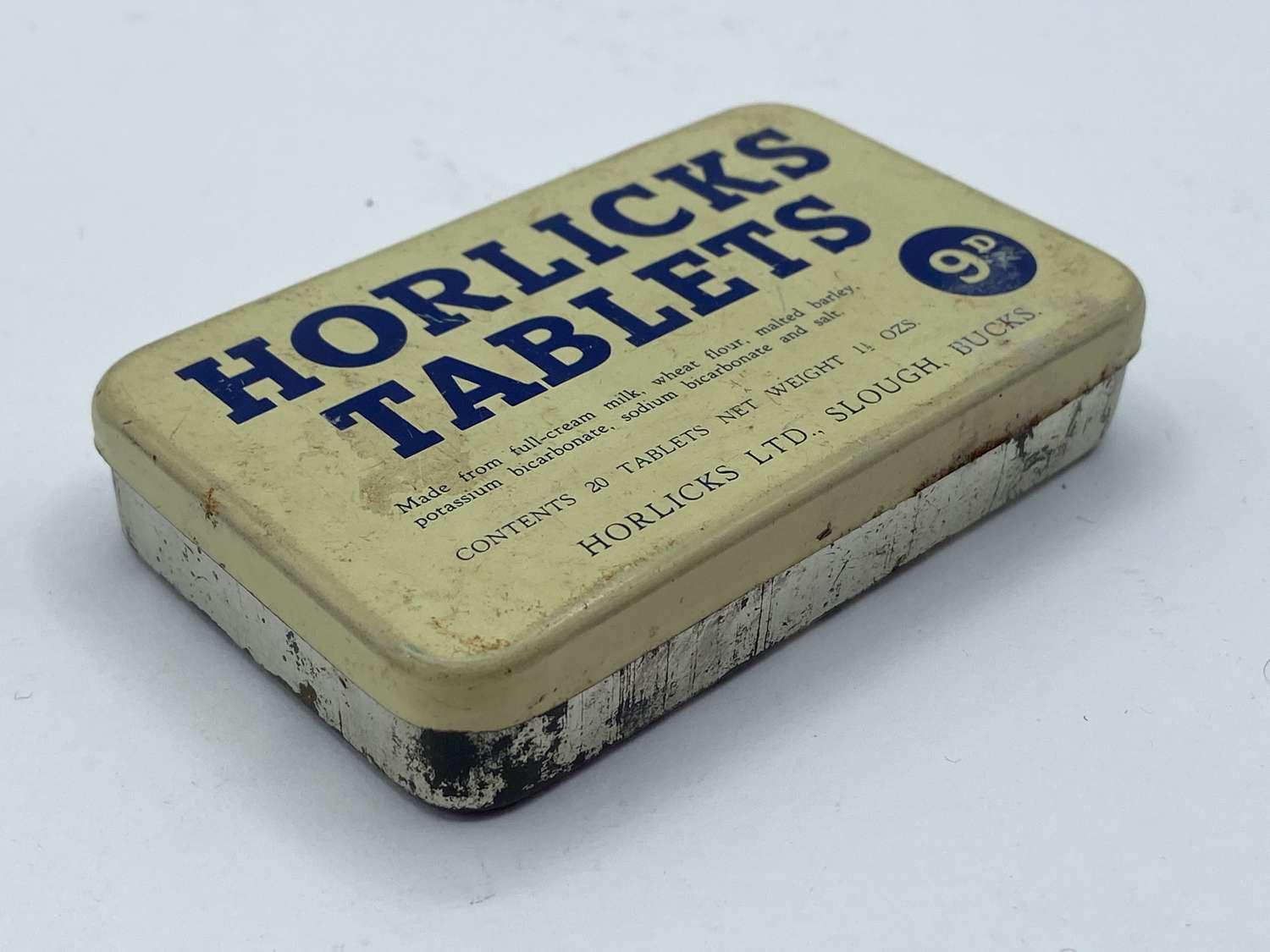 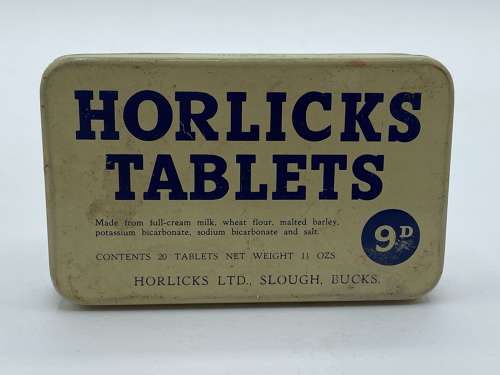 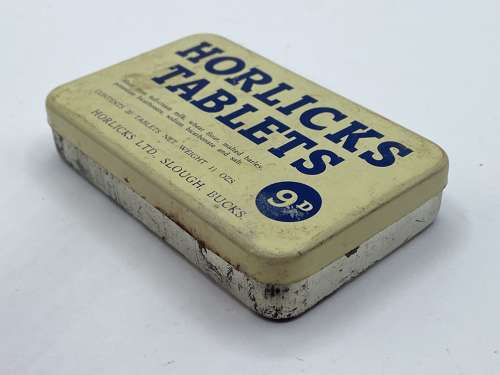 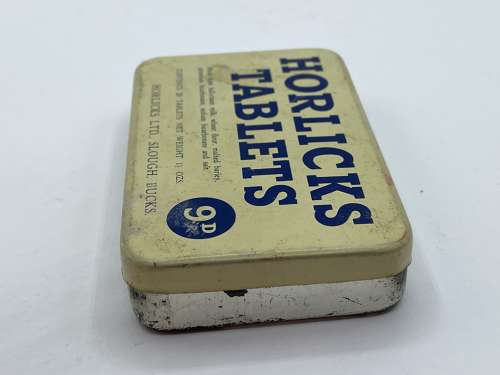 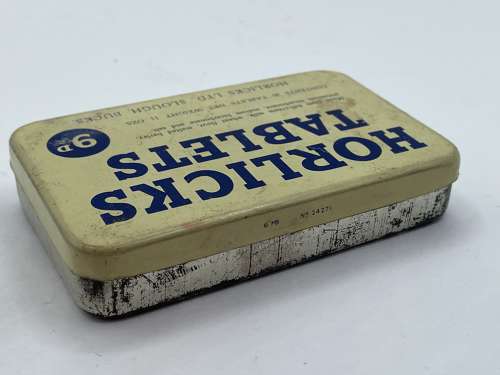 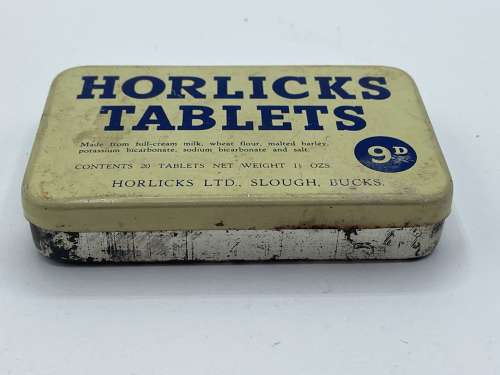 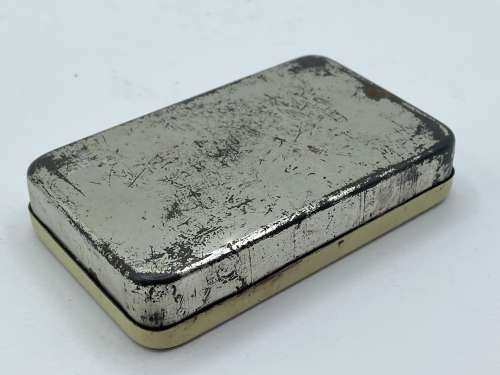 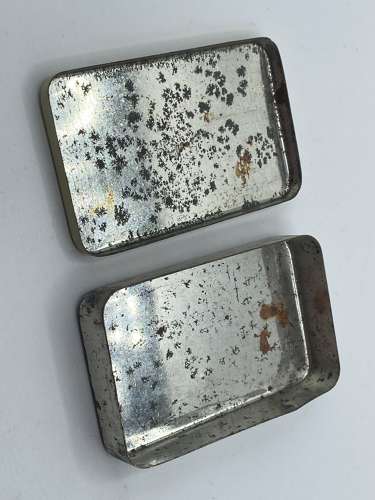 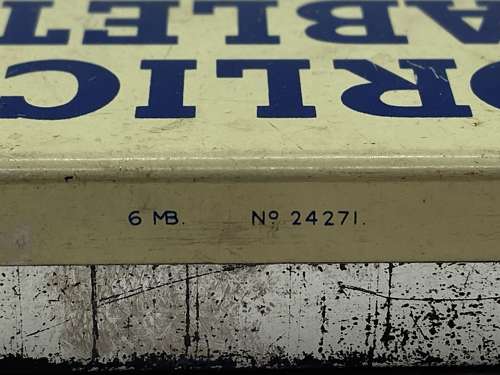 £18.00 Approx $21.95, €21.28, £18
(1 in stock)
Qty
For sale is an original WW2 Period British Pharmaceutical Home Front Collectable that dates from the 1930s to early 1940s. This period pharmaceutical collectable is an empty Horlicks Tablets empty Tin manufactured by Horlicks LTD Slough Bucks.
1935: Richard E. Byrd named the Horlick Mountains on the edge of the Ross Ice Shelf after William, in appreciation of his support. A small factory opened in Australia for the local market, including New Zealand. Horlicks milky-chocolate-flavoured disks in paper packets, which were eaten as candy, were marketed in the USA via radio commercials touting the ease with which they could be taken to school by children.
In the US, Horlicks Tablets were sold as a candy, offered in a glass bottle resembling an aspirin jar. In World War II the tablets were supplied to US, UK and other troops as an energy boosting treat, and included in lifeboat and liferaft rations, and aircrew escape kits.
This Horlicks Tablets tin is in good condition, which makes it perfect for a 1930s to 1940s British wartime home front and military Pharmaceutical and medical displays, reinactors and collectors! This is guaranteed an original 1930s to 1940s British home front collectable!
This will be sent via Royal Mail 1st class signed for and dispatched within 2 working days. This will be sent as a small parcel as it needs to be padded with extra protection to survive the post! Please check my eBay for more great British wartime home front collectables! Also happy to do deals on multiple orders!