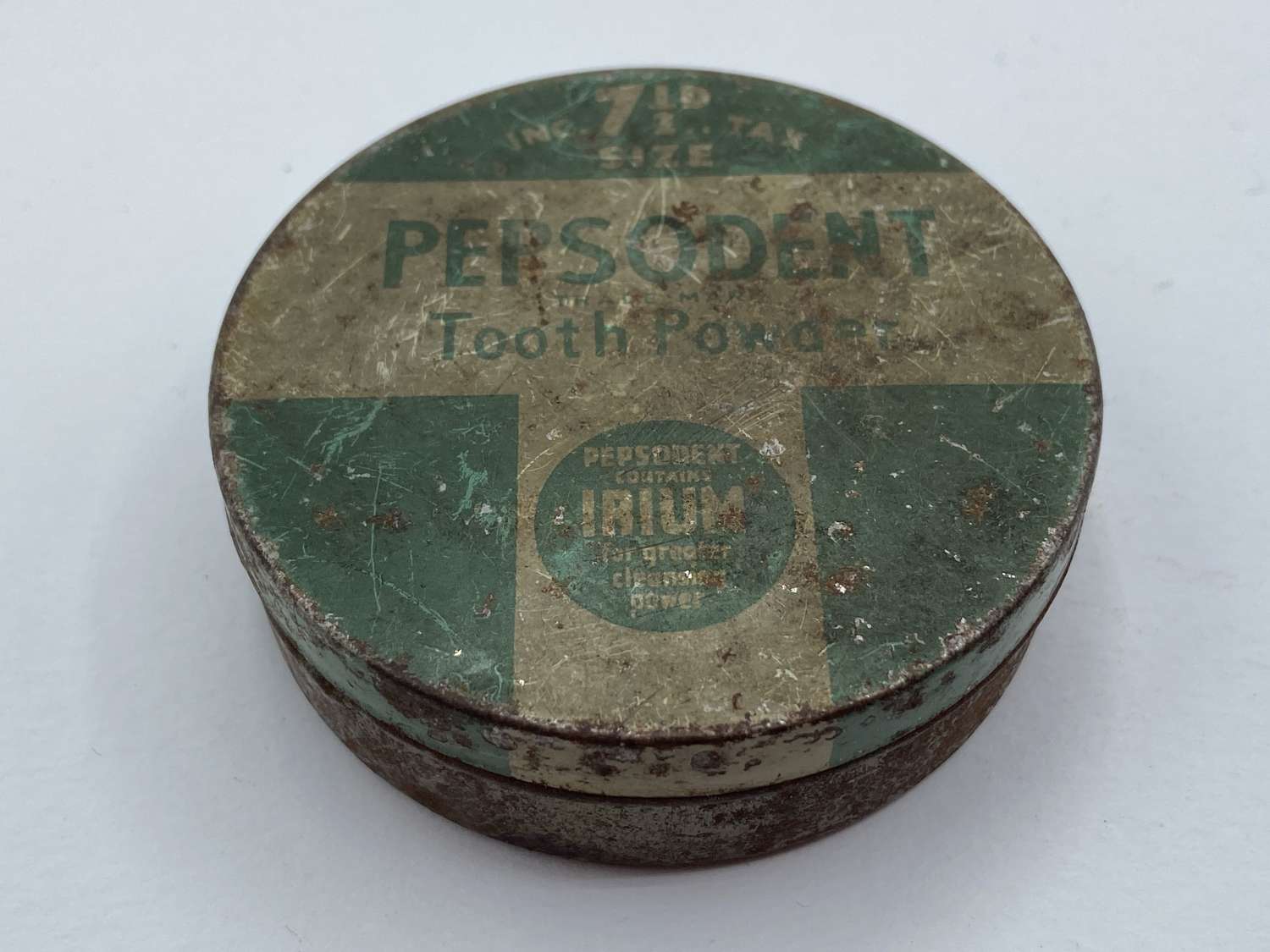 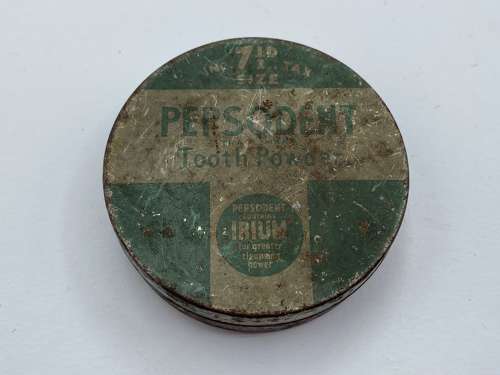 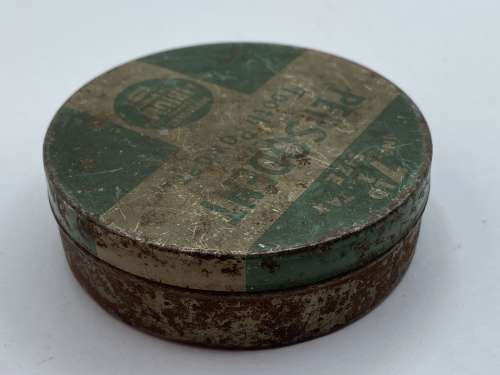 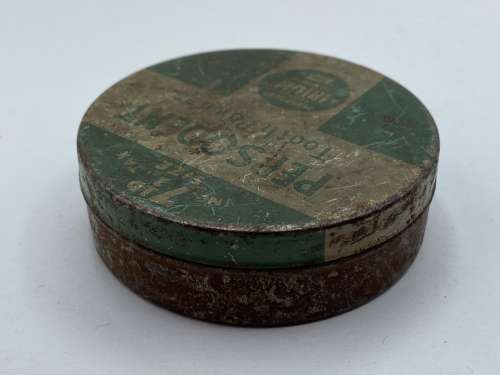 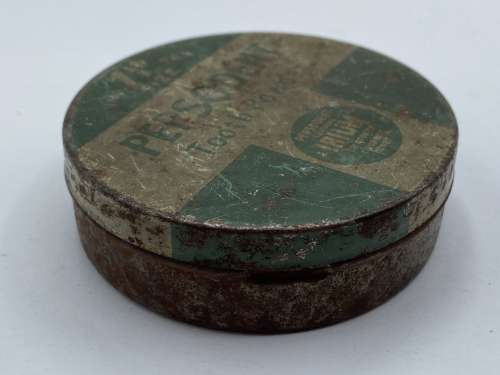 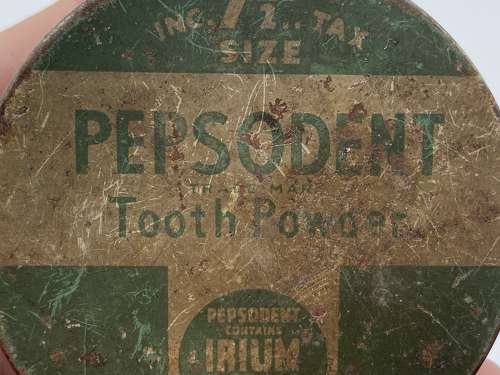 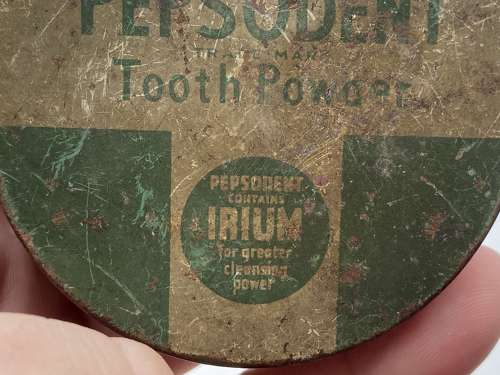 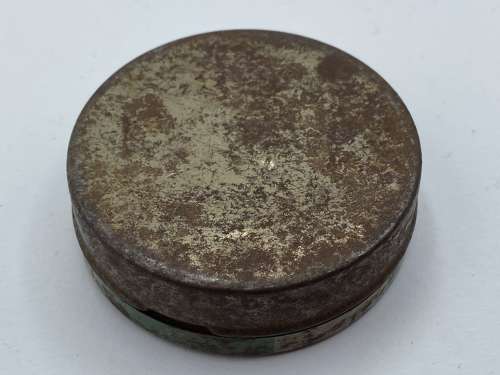 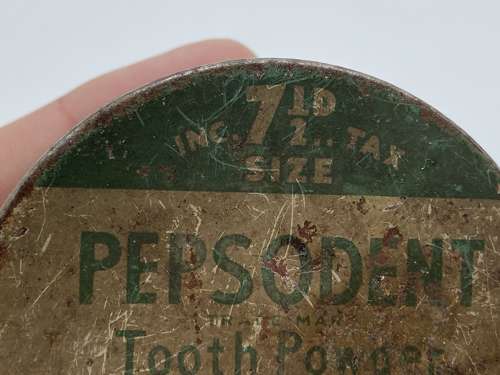 £15.00 Approx $18.4, €17.46, £15
(1 in stock)
Qty
For sale is an original WW2 Period British Pharmaceutical Home Front Collectable that dates from the 1930s to early 1940s. This period pharmaceutical collectable is an empty Pepsodent Irium Tooth Powder Tin.
Pepsodent tooth paste contained ‘irium’, described as a ‘magic’ ingredient that would whiten yellow teeth. This popular product used the then famous advertising slogan “You'll wonder where the yellow went when you brush your teeth with Pepsodent!” In reality, irium was simply a chemical compound of sodium. Pepsodent Co. Inc. was an American company based in Chicago which opened up branches in other parts of the world, including London. Although the Pepsodent company was bought by Unilever in 1944, the brand is still available today. maker: Pepsodent Limited Place made: London, Greater London, England, United Kingdom.
This Pepsodent Irium Tooth Powder tin is in good condition, unfortunately there is abit of surface rust. However overall in good condition. which makes it perfect for a 1930s to 1940s British wartime home front and military Pharmaceutical and medical displays, reinactors and collectors! This is guaranteed an original 1930s to 1940s British home front collectable! This particular tin was produced between the 1910s and 1944 where the brand name then changed and the product was rebranded.
This will be sent via Royal Mail 1st class signed for and dispatched within 2 working days. This will be sent as a small parcel as it needs to be padded with extra protection to survive the post! Please check my eBay for more great British wartime home front collectables! Also happy to do deals on multiple orders!