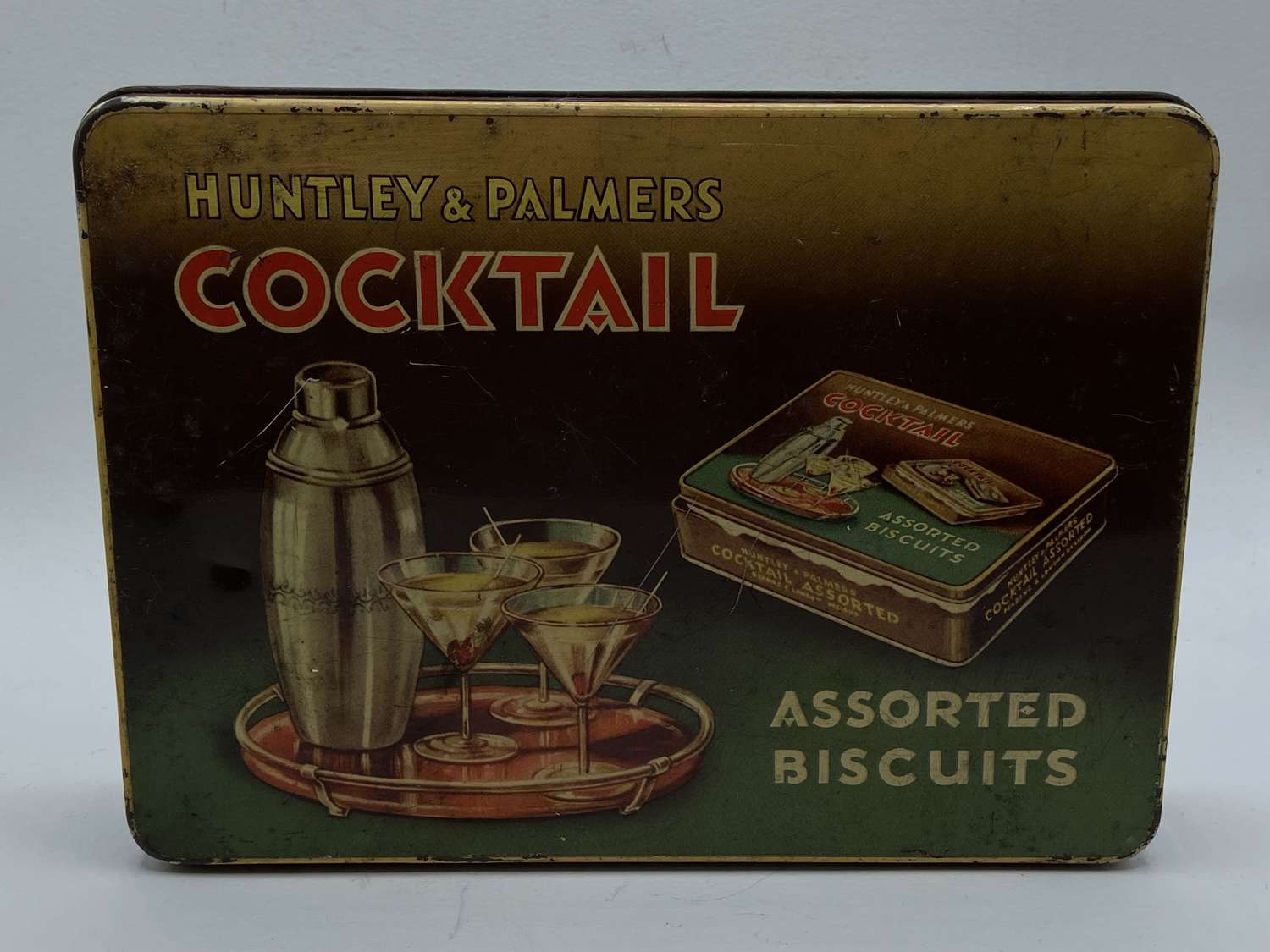 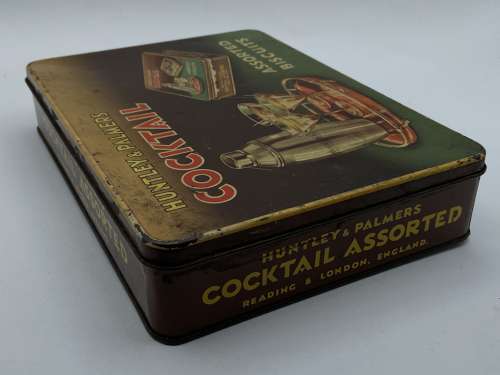 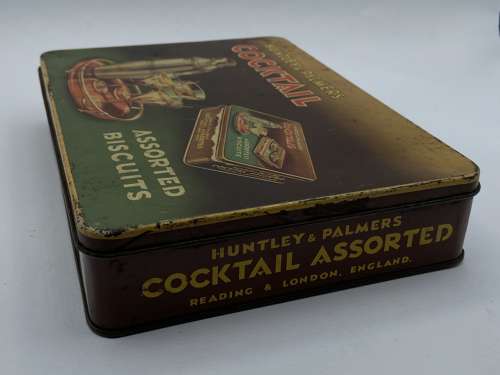 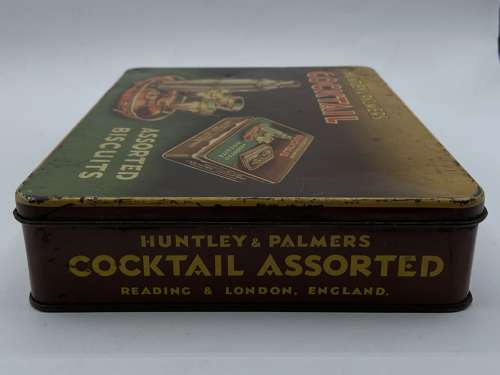 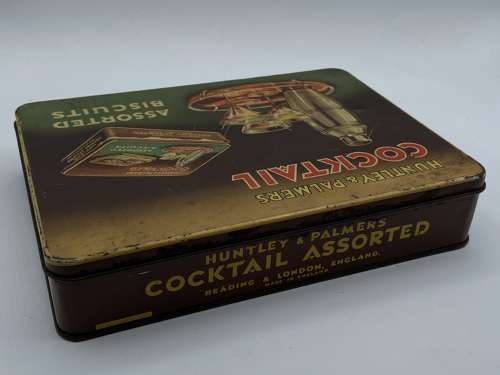 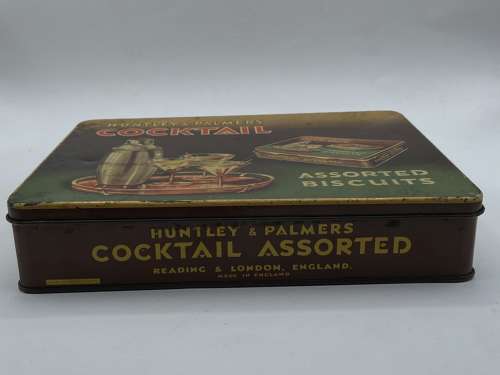 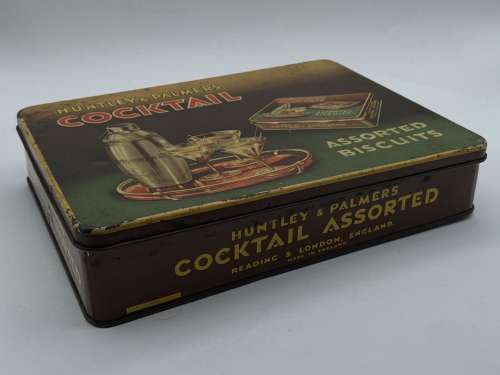 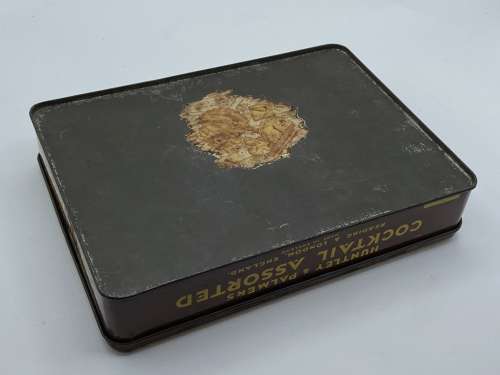 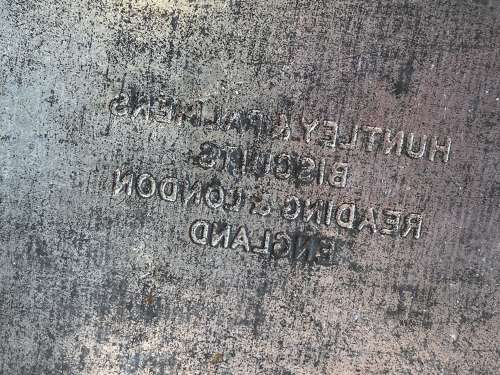 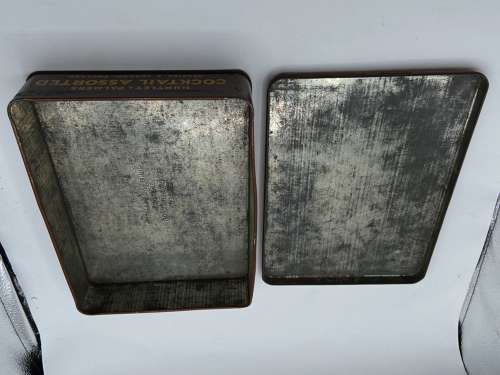 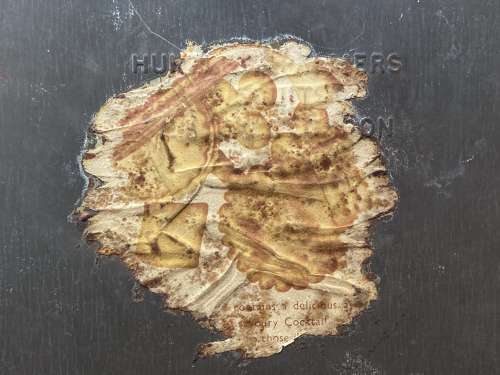 £15.00 Approx $18.12, €17.73, £15
(1 in stock)
Qty
For sale is an original WW2 Period British Pharmaceutical Home Front Collectable that dates from the 1930s to early 1950s. This period pharmaceutical collectable is an empty WW2 Period To 1950s British Home Front Huntley & Palmers Cocktail Assorted Biscuits Tin, which has excellent advertising on the front.
After the Second World War it was easier for overseas customers to buy Huntley & Palmers’ fancy tins than it was for the British consumers. This was because the government reduced the national debt through increased exports. Tin plate was rationed and alternative materials like aluminum were used.
The Festival of Britain in 1951 promoted modern design and this cocktail tin evokes the growing optimism of the 1950s as life improved for ordinary people after wartime austerity. From the 1950s more photographs began to appear on the tins and for the first time the designs were influenced by television. Cocktail biscuits were popular as were assortments in large square tins.
This Huntley & Palmers Cocktail Assorted Biscuits Tin is in pristine condition, which makes it perfect for a 1930s to 1950s British wartime home front and military Pharmaceutical and medical displays, reinactors and collectors! This is guaranteed an original 1930s to 1950s British home front collectable!
This will be sent via Royal Mail 1st class signed for and dispatched within 2 working days. This will be sent as a small parcel as it needs to be padded with extra protection to survive the post! Please check my eBay for more great British wartime home front collectables! Also happy to do deals on multiple orders!