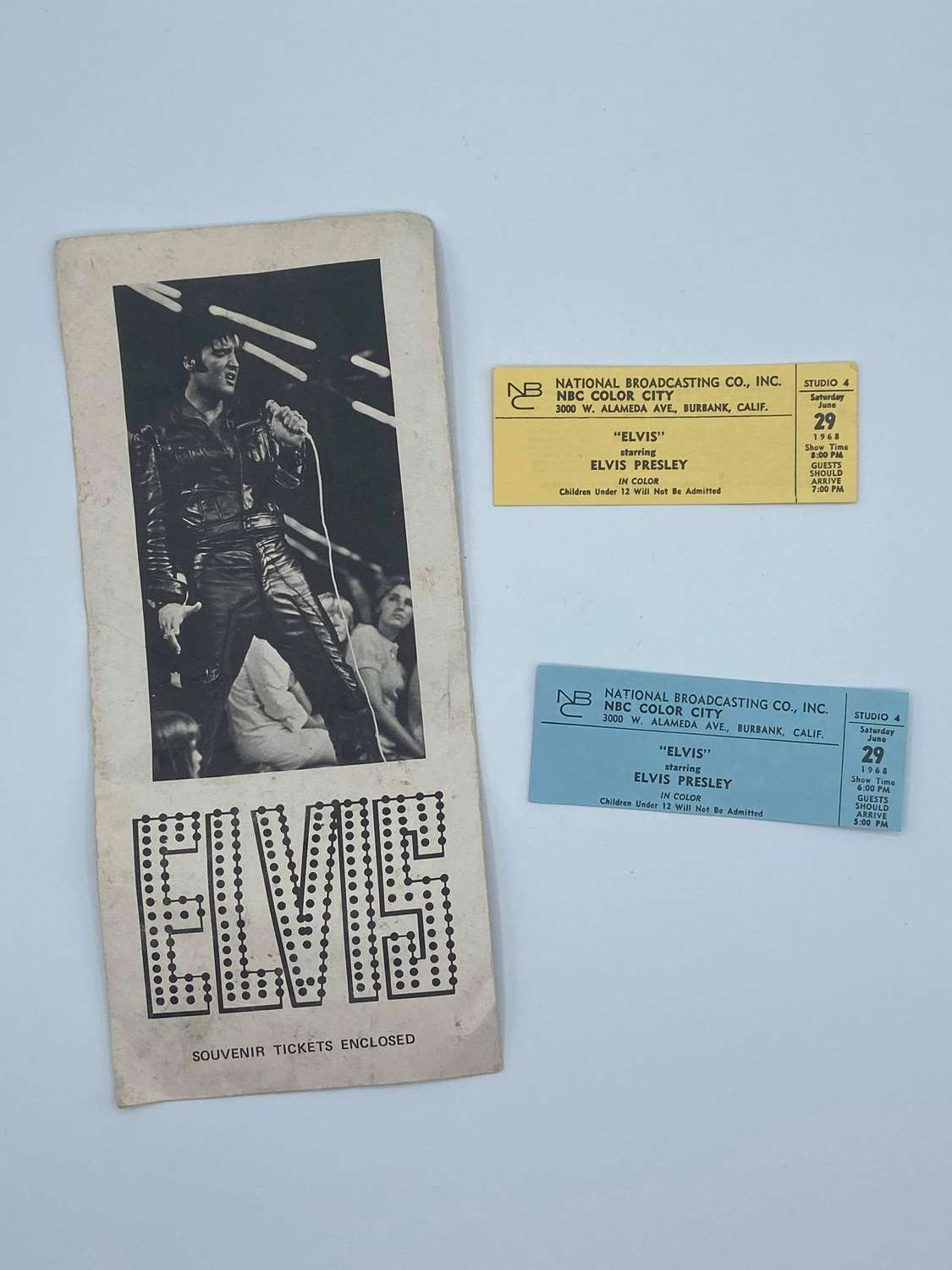 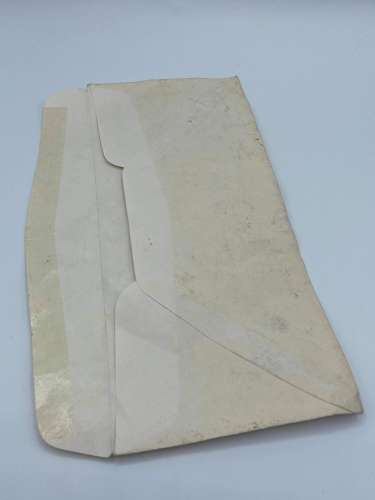 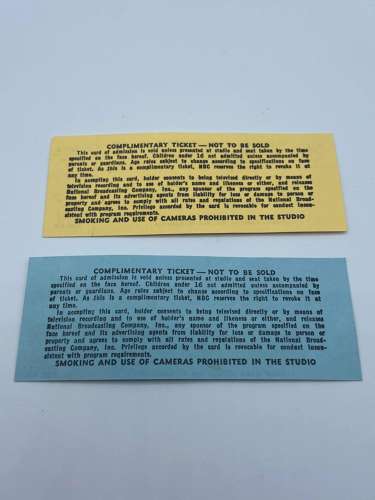 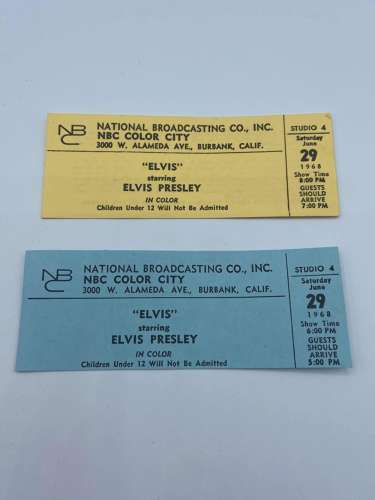 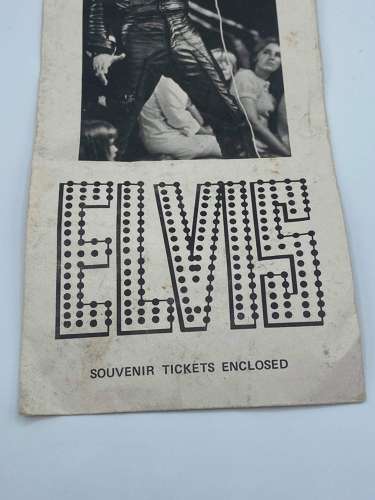 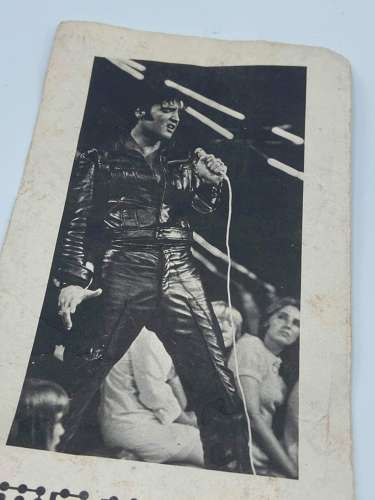 ‘COMPLIMENTARY TICKET(S) – NOT TO BE SOLD

Each of this pair of tickets measures 4” x 1 ½” and they come in a special (& very rare) envelope which measures 9 ½” x 4 ¼”.  The tickets are in excellent condition without any marks or creases and the envelope is good with some light spots and signs of age but is fully intact.

The wording on the front of each of these two tickets is as follows:

Children under 12 will not be admitted

(the reverse of the ticket lists stipulations.)

Elvis recorded his 34th album in 1968 from June 20 through 23 at Western Recorders in Hollywood, and then in front of a live audience at the NBC Studios on June 27 and 29. These sessions were for the television special dubbed the “’68 Comeback Special,” which aired on NBC on December 3, 1968, shortly after RCA released the album, entitled simply Elvis, in November 1968. The broadcast of the special ranked as the top-rated television special of that year and was credited with revitalizing Elvis’ career.