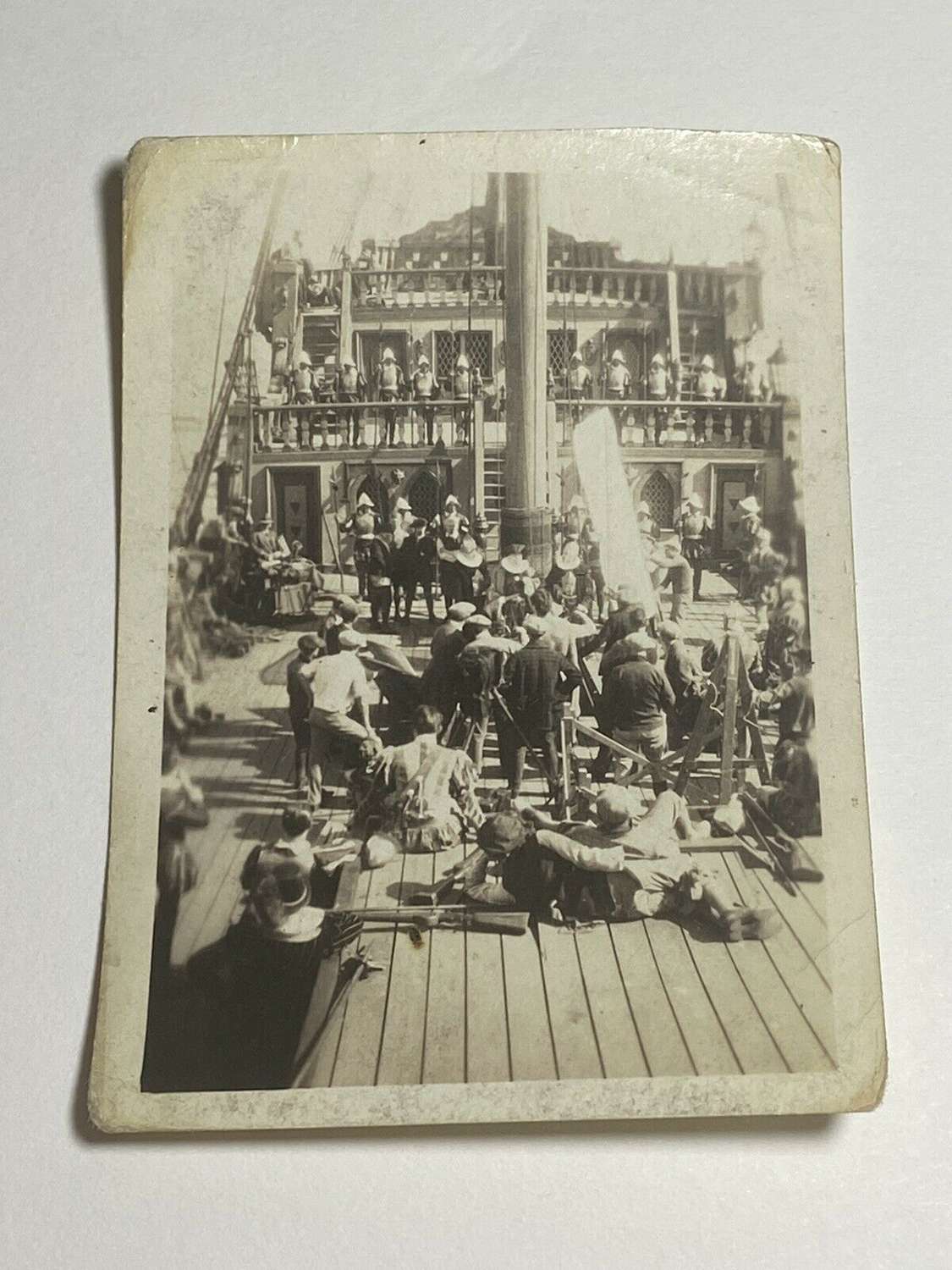 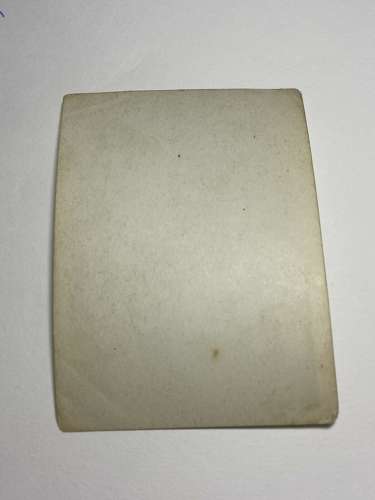 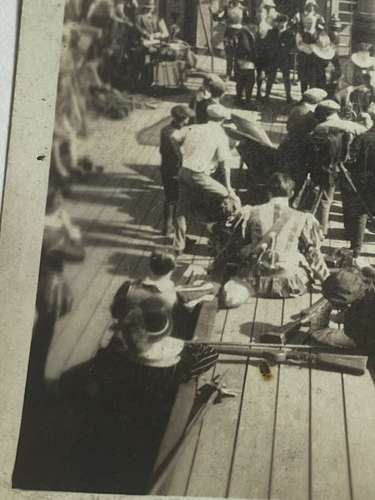 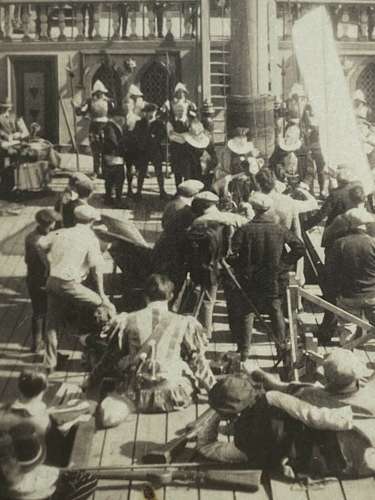 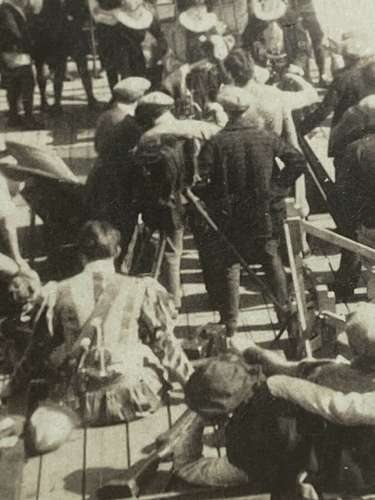 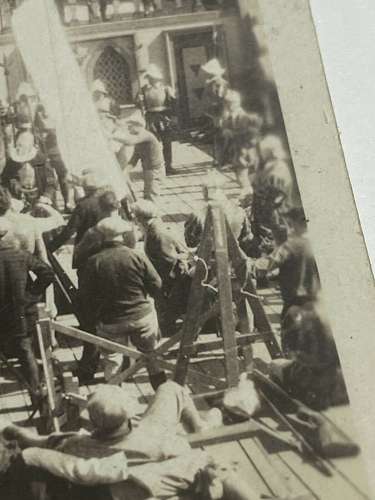 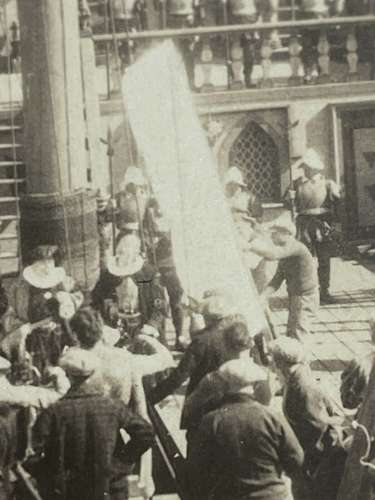 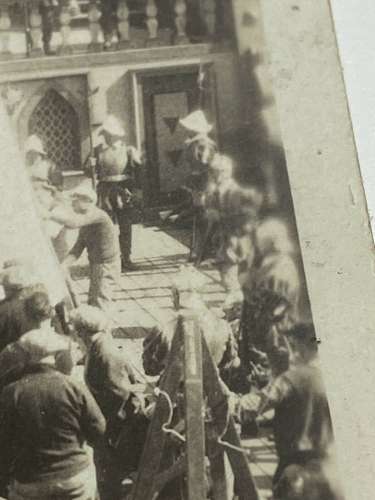 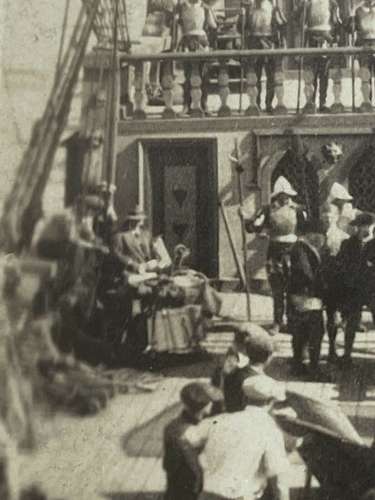 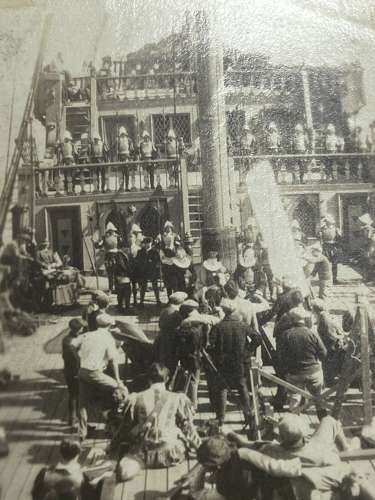 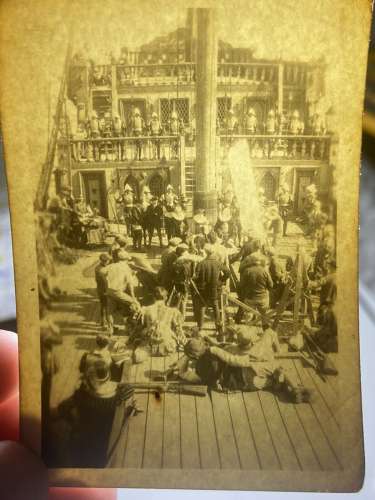 SOLD
For sale is a Rare Behind The Scenes cast Original personal Photograph Of The Sea Hawk movie released in 1940 staring Errol Flynn. This original photograph never before seen behind the scene cast photo during filming, the director Michael Curtiz can be seen to the left of the photo, and this scene is where where the queen is knighting Errol Flynn. There is very very faint pencil at the bottom of the photograph that may be a signature but I am unsure. The photograph measures 6cm in width x 8.5cm in height.
The Sea Hawk is a 1940 American adventure film from Warner Bros. that stars Errol Flynn as an English privateer who defends his nation's interests on the eve of the launch of the Spanish Armada. The film was the tenth collaboration between Flynn and director Michael Curtiz. Its screenplay was written by Howard Koch and Seton I. Miller. The rousing musical score by Erich Wolfgang Korngold is recognized as a high point in his career. The film was both an adventure and a period piece about Elizabethan England's struggles with Spain. It was also meant as a deliberately pro-British propaganda film to build morale during World War II and to influence the American public into having a more pro-British outlook. King Philip was presented as an allegorical Hitler. (The same theme had been visited in Alexander Korda's film Fire Over England, released three years earlier, before World War II started).
This is a very rare opportunity to own a very rare original photograph. Guaranteed original or money back. This will be sent via special delivery via Royal Mail for and dispatched within 2-3 working days.