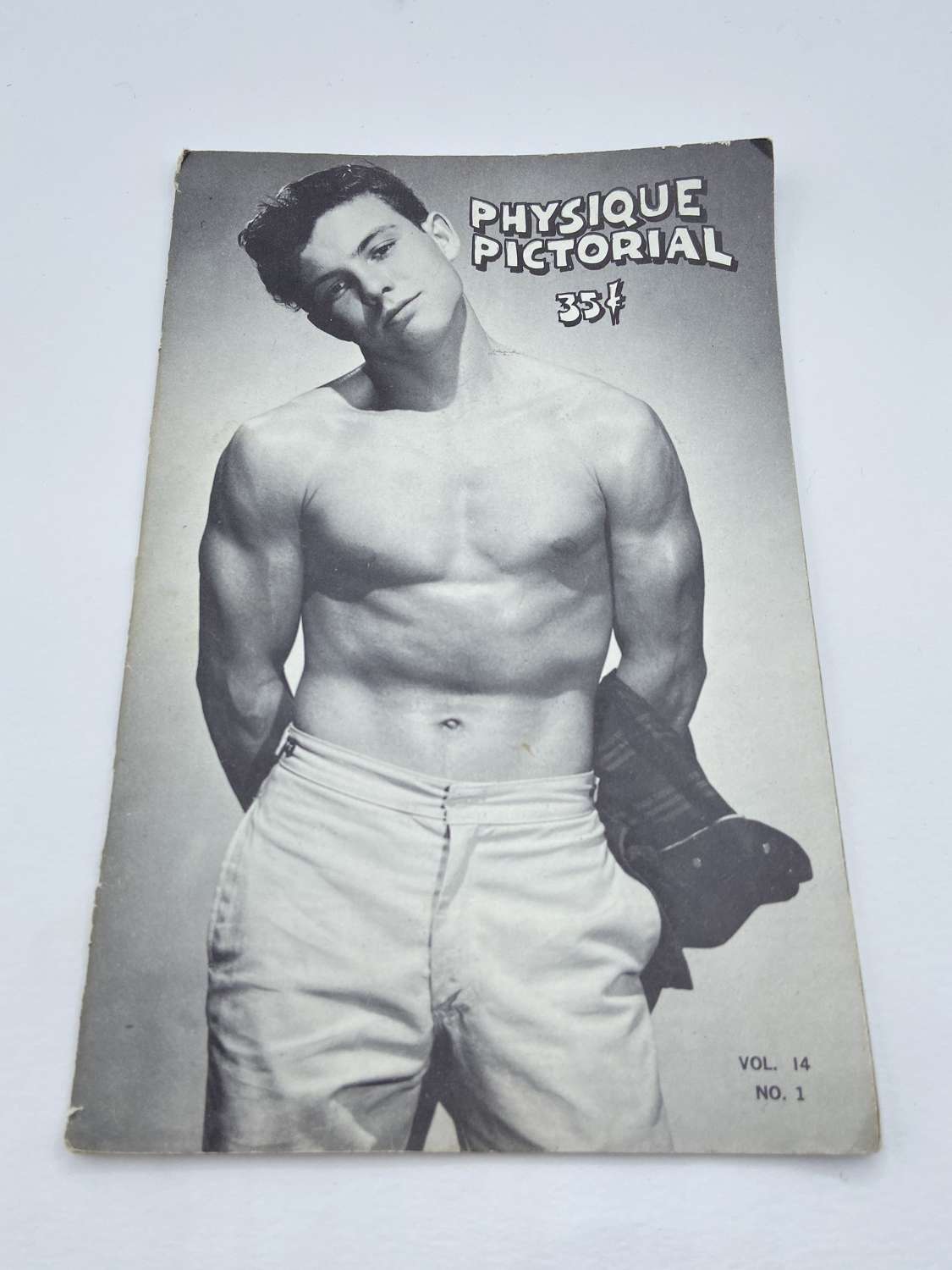 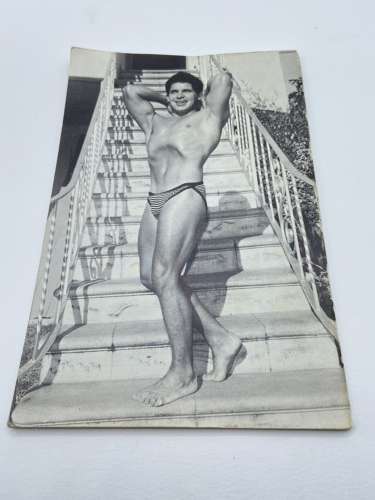 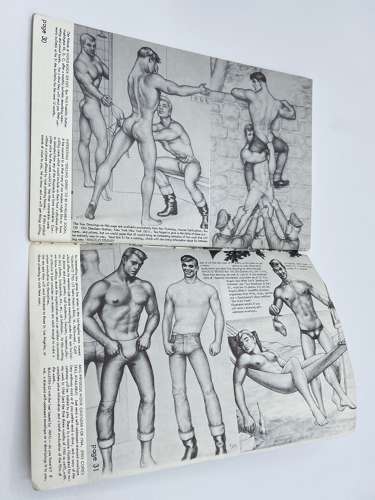 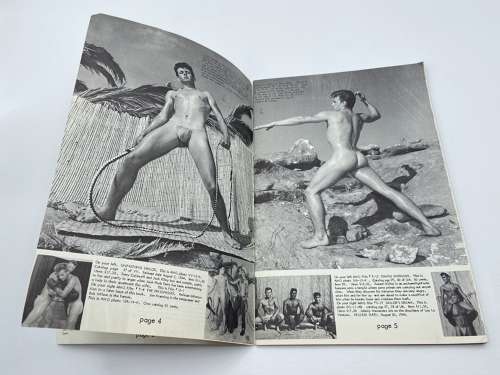 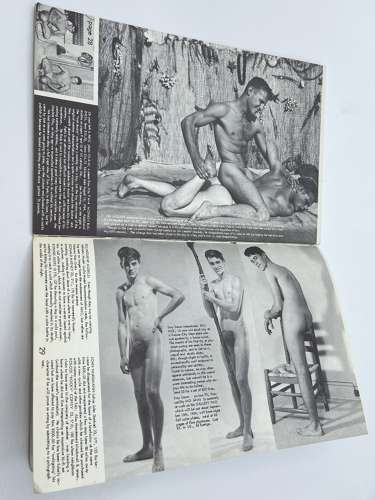 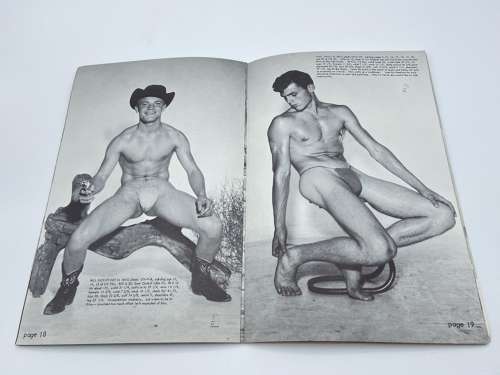 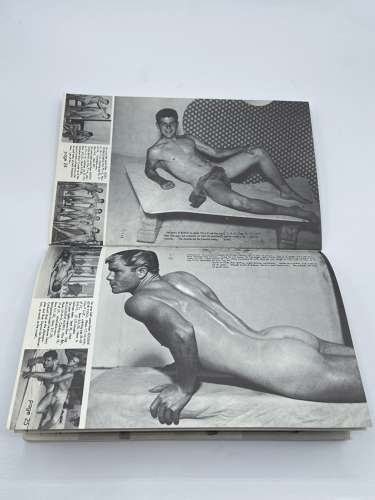 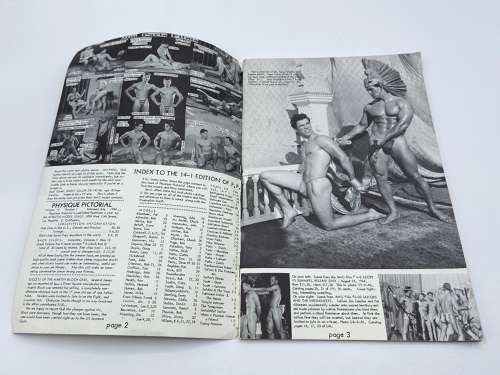 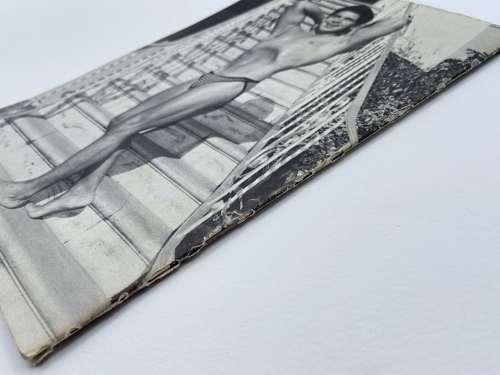 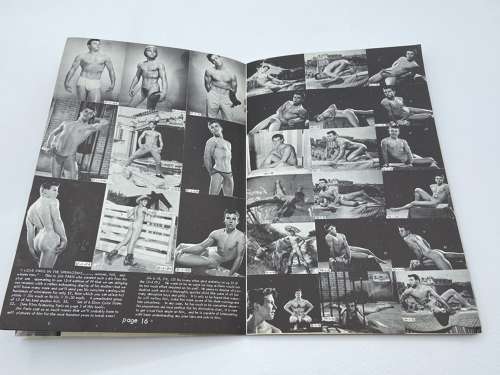 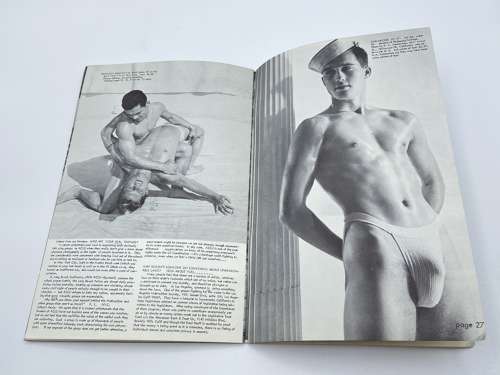 £32.00 Approx $39.26, €37.25, £32
(1 in stock)
Qty
For sale is a PHYSIQUE PICTORIAL Volume 14 No 1 bodybuilding Gay Interest 1964 Magazine. In good condition, small amount of damage to spine please see photos for more details.
This issue contains art by Tom of Finland
The father of physique magazines was Bob Mizer (1922-1992). In 1945 Mizer started the Athletic Model Guild in Los Angeles as a modeling agency for male body-builders. Mizer, a self-taught photographer, recruited and photographed the models, carefully listing their vital statistics along with their real names and ages. Mizer sold his photos by mail, advertising them in men's magazines. By 1951 Mizer's catalog was so extensive that he began to collect his photos and sell them in a magazine format. Thus began Physique Pictorial. The first publication of its kind, Physique Pictorial showcased a generation of male pinups and bodybuilders, including the recently-deceased Jack LaLanne, Little Joe Dallesandro, Steve Hercules Reeves, and Mickey Hargitay (the husband of Jayne Mansfield and the father of Mariska Hargitay). Physique Pictorial also showcased the art of George Quaintance, Tom of Finland and Art-Bob. Physique Pictorial became a hit with thousands of men, and it was soon joined by a slew of imitators who hoped its success would rub off on them.
(Bob Mizer Foundation)
This will be sent via 1st class signed for and dispatched within two working days.