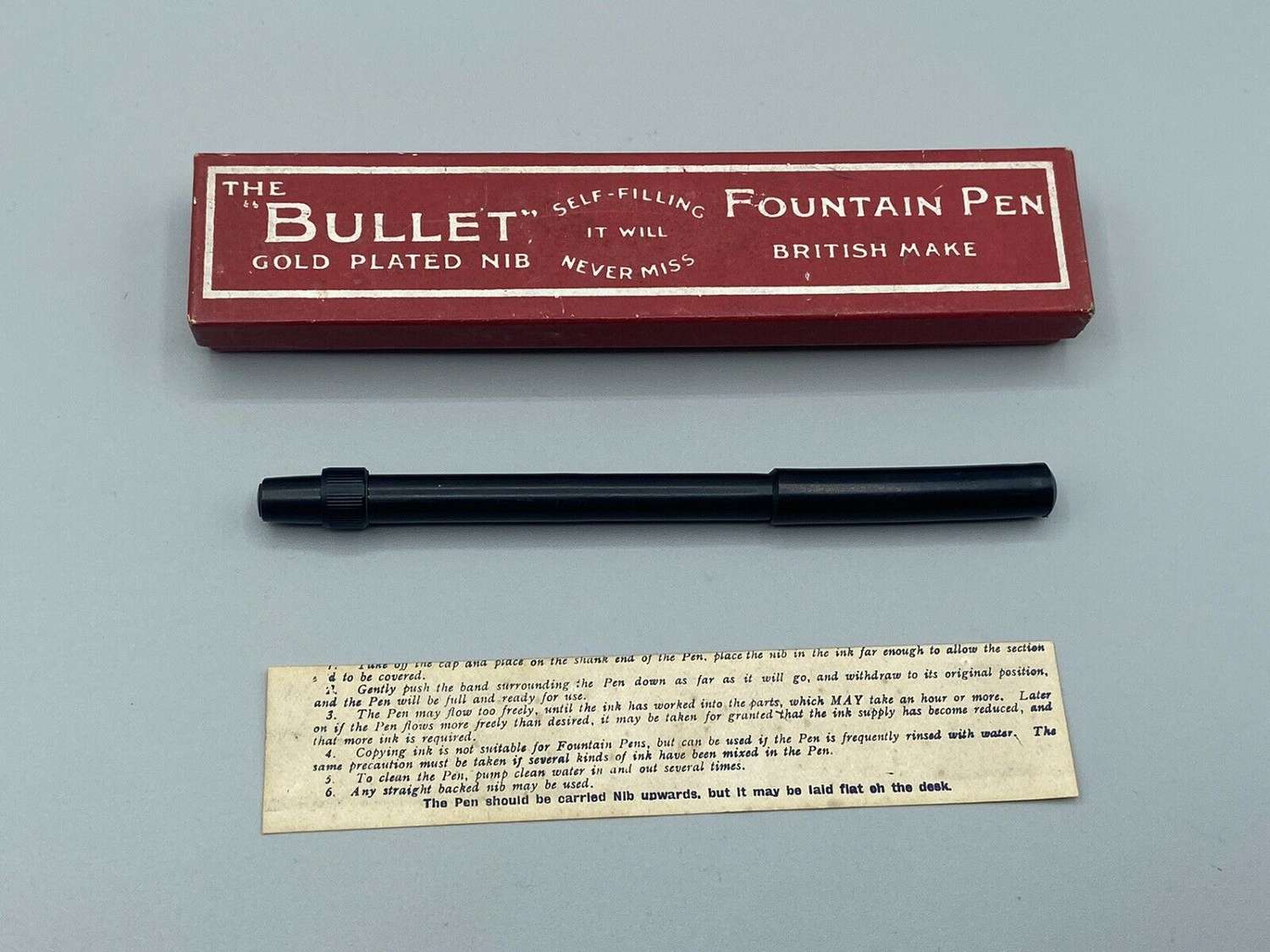 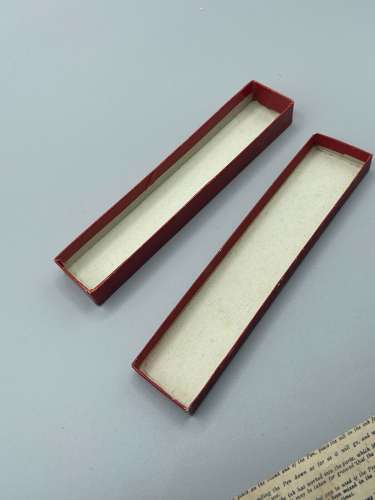 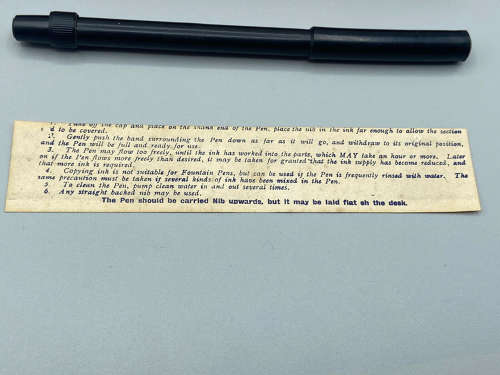 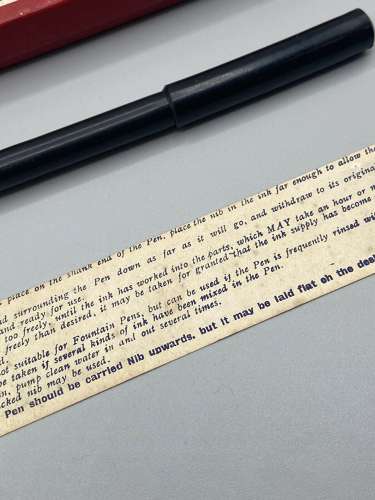 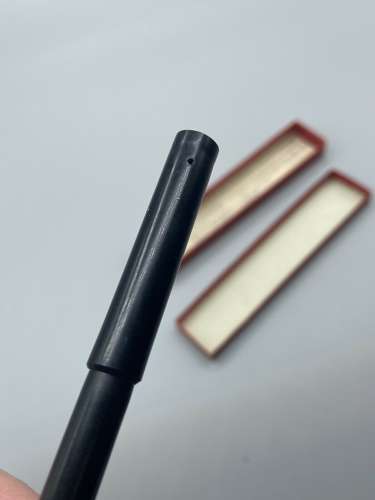 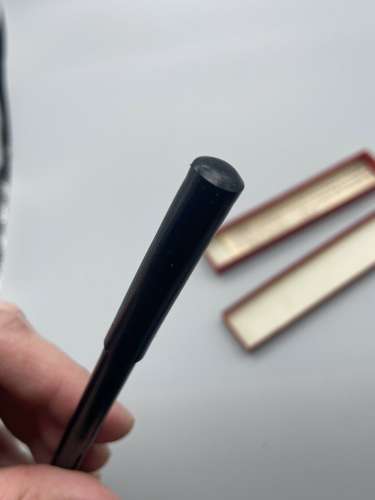 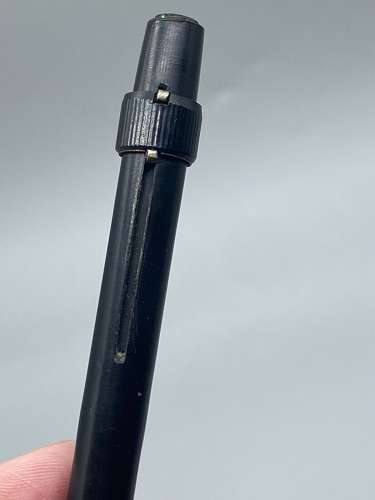 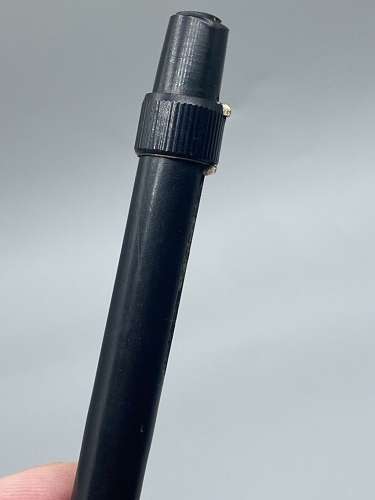 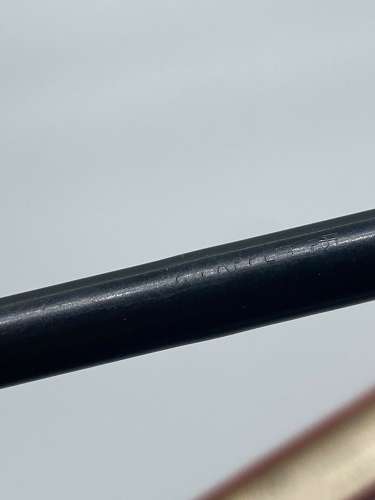 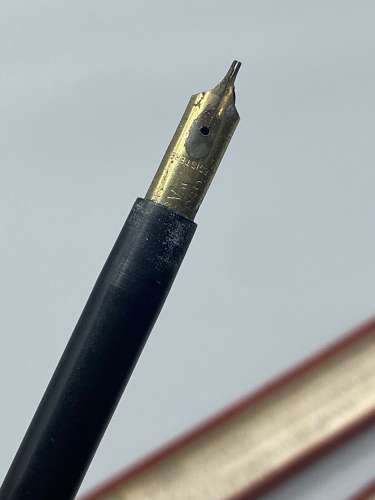 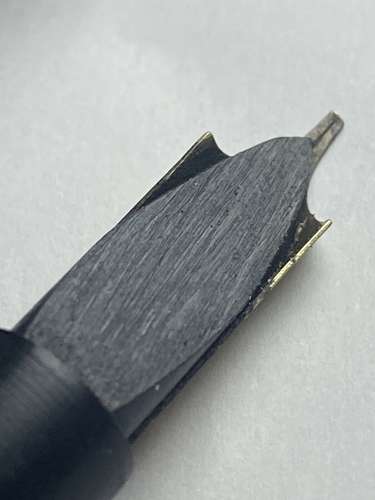 SOLD
For sale is The first 1888 Parker pens were in fact John Holland pens that had been tinkered with by George S Parker. The only item that survived and might — with a little imagination — be a John Holland Parker pen, is in the L. Michael Fultz—Gregory H. Sachs collection. It was purchased by Mr. Fultz in a flea market just outside Janesville. It was made around 1885-1890 and has file marks on the ink feed (photograph 12) which bears a striking resemblence to the first patent filed by George Parker. The Parker is sold as seen, the moving capillary attraction seems to be stuck, but the ink nib still allows you to write. Instructions are in the box, everything else seems to be in great shape.
Uuntil then ink in the ink feed was not retracted back into the pen because of the capillary attraction, the same natural force that allows trees, thirty meters tall, to be able to "suck" water through the stem using the surface-tension that lifts the liquid and keeps it trapped when inserted in a narrow space. Hence the ink tube close to the nib was never completely empty and when the pen was put back in the pocket the body heat made the air inside the fountain pen expand, forcing out the ink in the feed into the cap. The Lucky Curve feed however touched the inside of the barrel and used the same capillary attraction to suck the in from the feed back into the barrel, leaving a cleaner nib and cap. An incredible benefit for the user the Lucky Curve feed was to be around for 35 years.
For obvious reasons it's virtually impossible to list all the pens made by Parker from this period. Partly because there was a constant tinkering going on and since all pens were more or less hand made there are discrepancies, prototypes and repairs made with different spares. Partly because Parker also made alot of pens by order. If You wanted a pen with a gold band engraved with that special flower, Parker would most probably have accomodated You.
This is a truly rare fountain pen, and a must have for any Parker collector.
This will be sent via special delivery and dispatched within two to three working days.