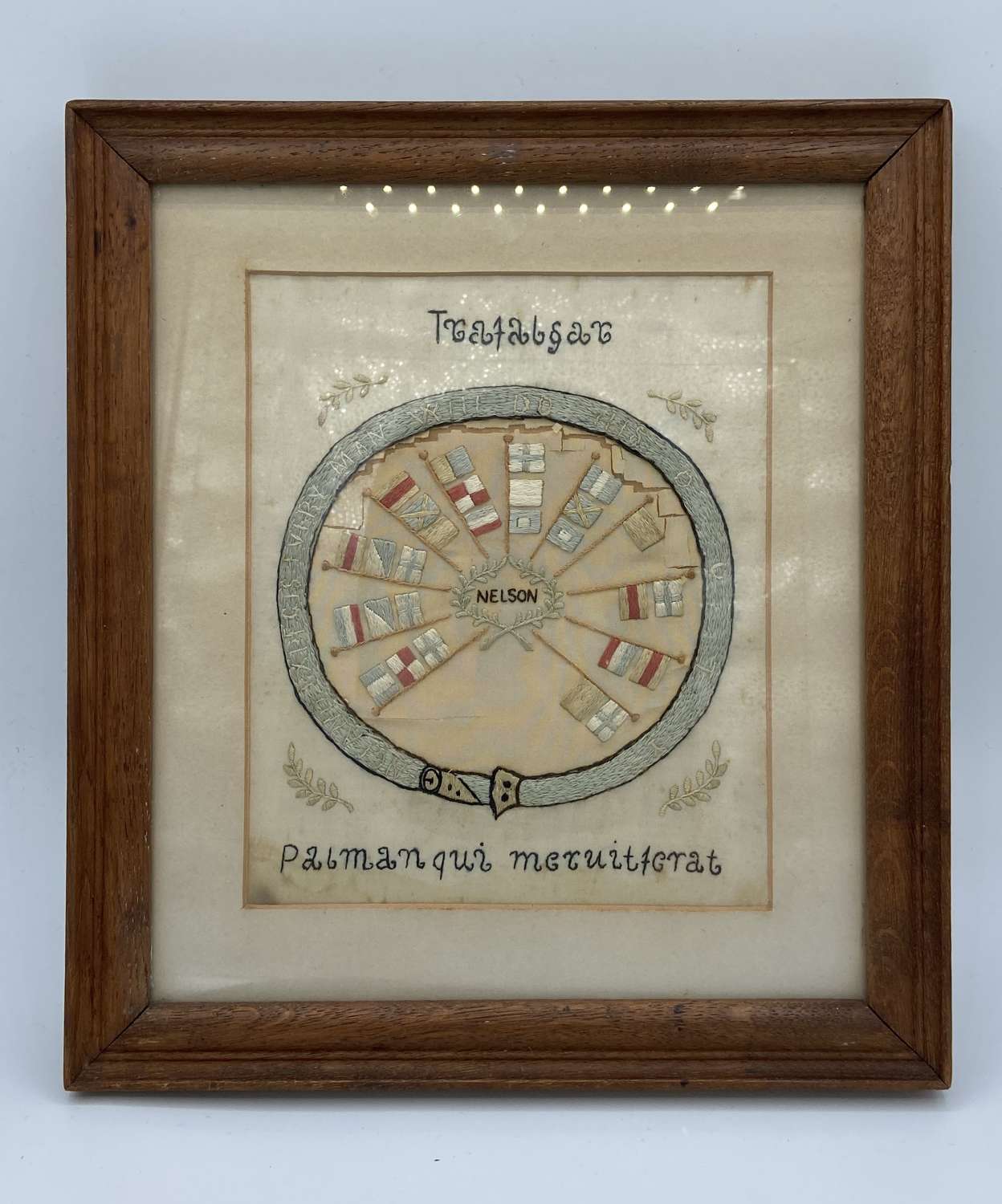 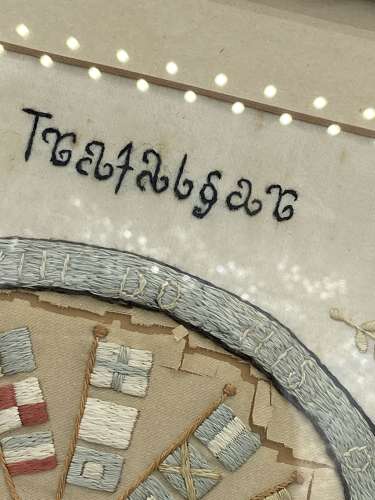 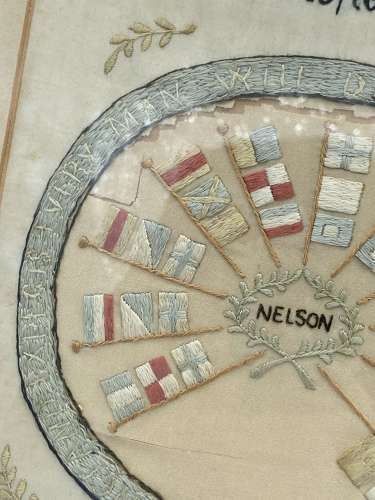 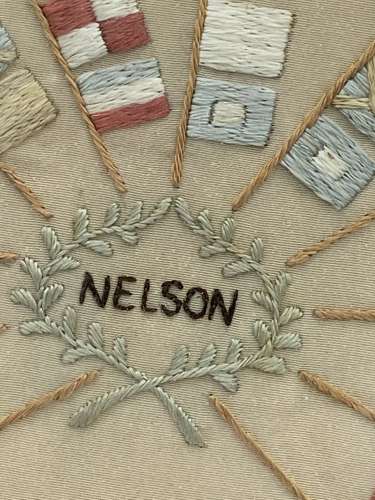 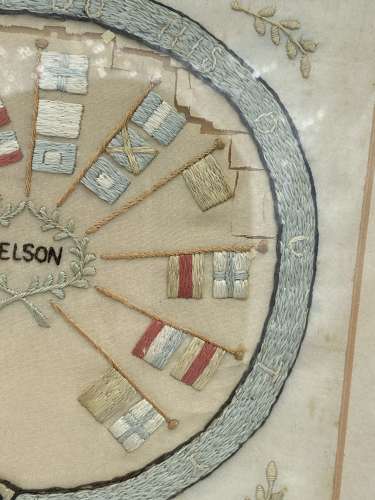 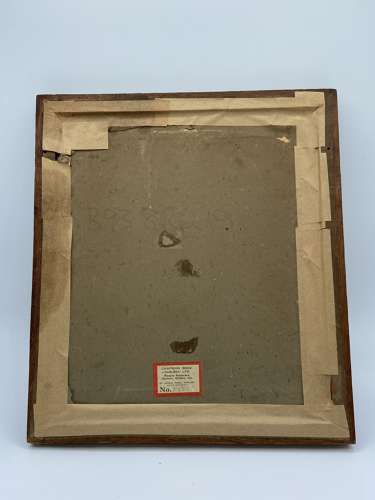 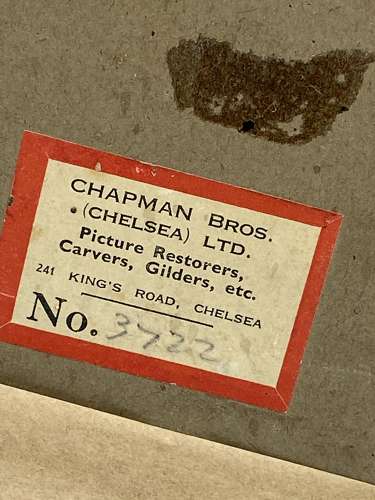 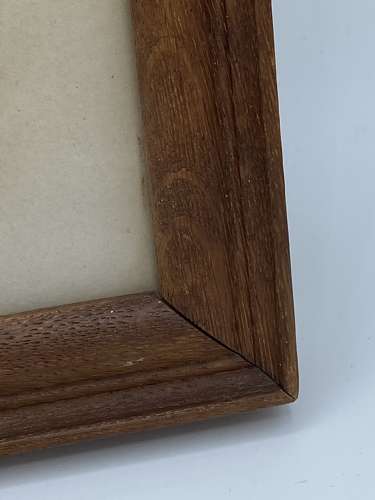 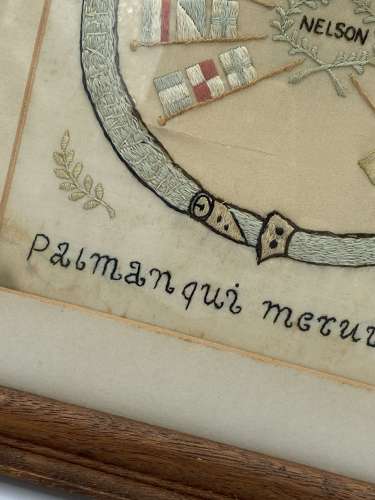 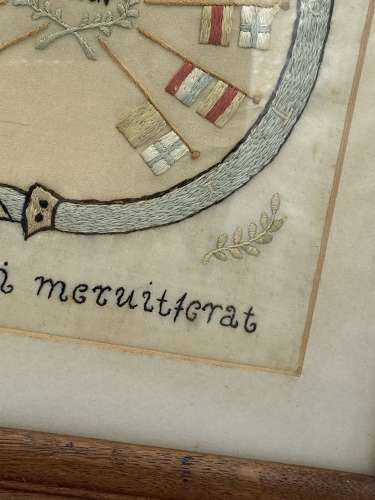 For sale is a Georgian 1805 Battle Of Trafalgar Sampler, containing Nelson flags and a quote "England expects that every man will do his duty" which was a signal sent by Vice-Admiral of the Royal Navy Horatio Nelson, 1st Viscount Nelson from his flagship HMS Victory as the Battle of Trafalgar was about to commence on 21 October 1805. Trafalgar was a decisive naval engagement of the Napoleonic Wars. Also at the bottom of the sampler is another quote “PALMAM QUI MERUIT FERAT” which means “let whoever earns the palm bear it”.

I believe this may have been restored at one point in its time as the reverse has a sticker of “Chapman bros Chelsea ltd picture restores, carvers, gilders Etc. 241 kings road Chelsea no 3722” with many of their works in the national portrait gallery. Measurements are as followed: length 25.8 x height 29 x 2.3 width.

This is in good condition for its age, but does have some damage so please see photos along the top of the inner circle cracking. This is a must have for history of trafalgar lovers! This is the only one I’ve seen!