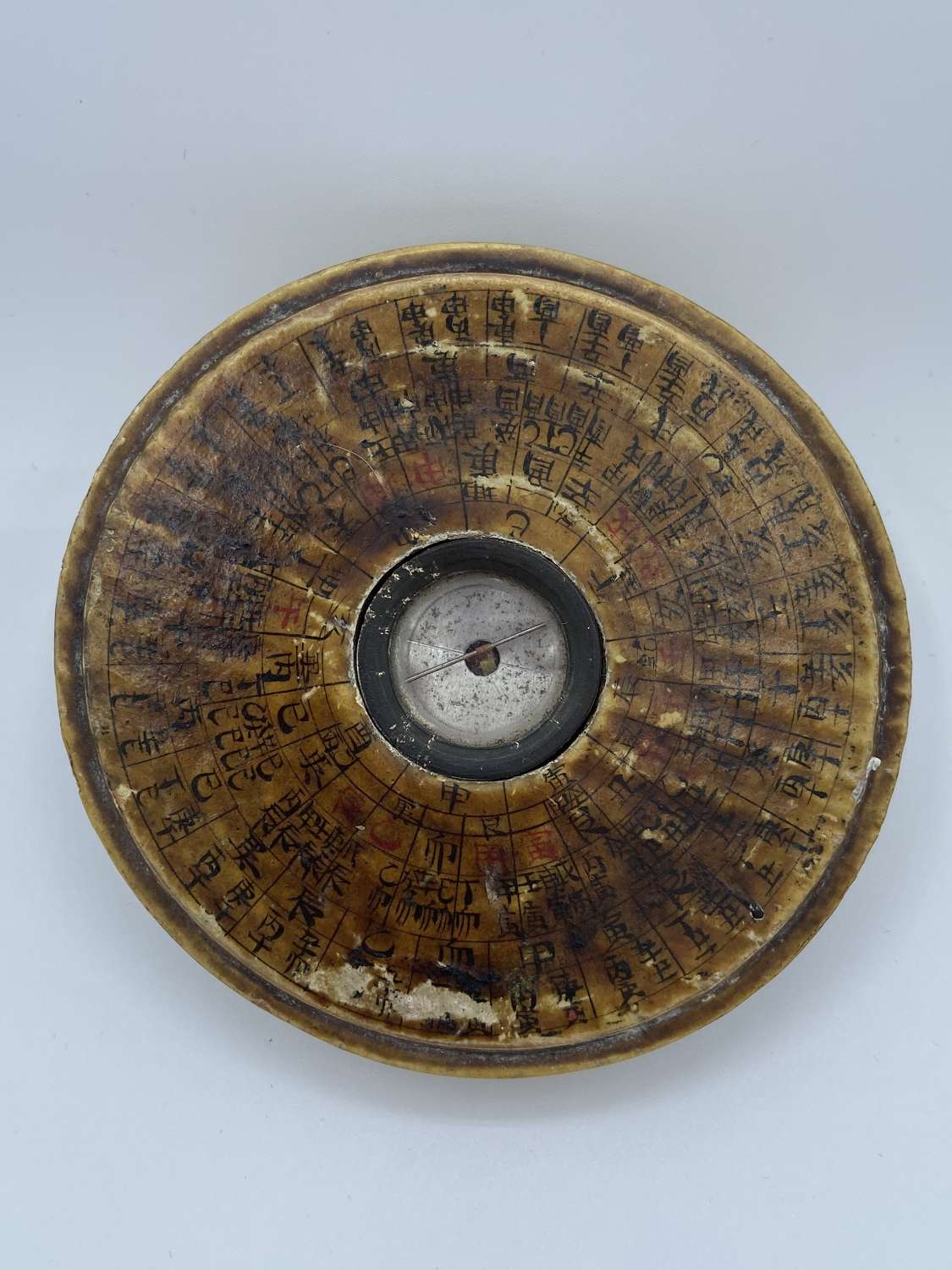 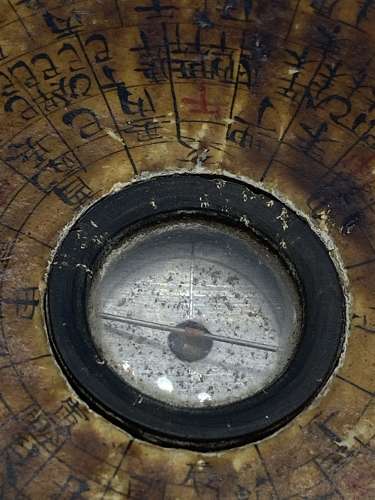 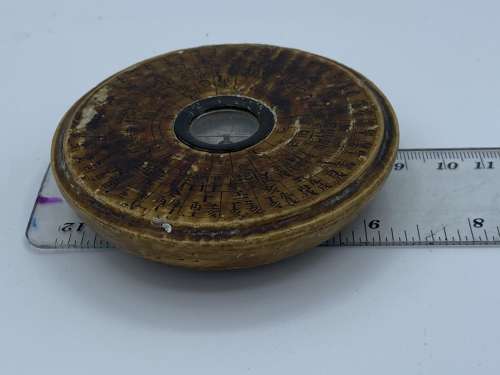 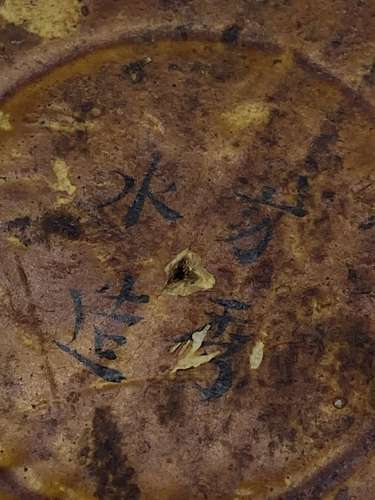 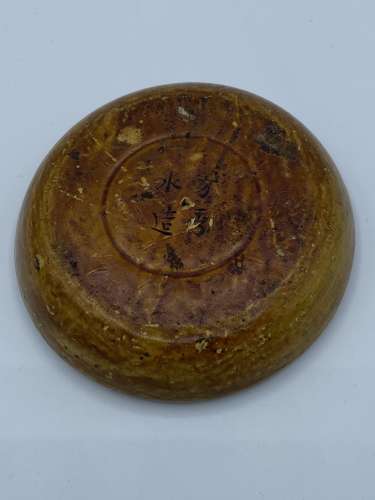 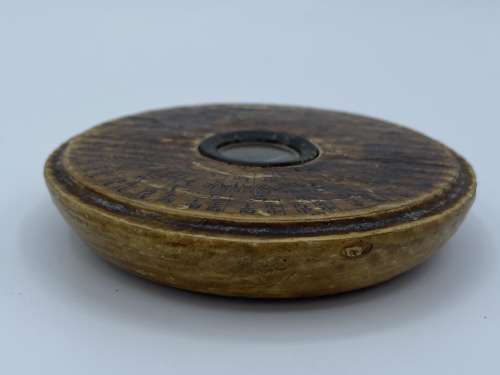 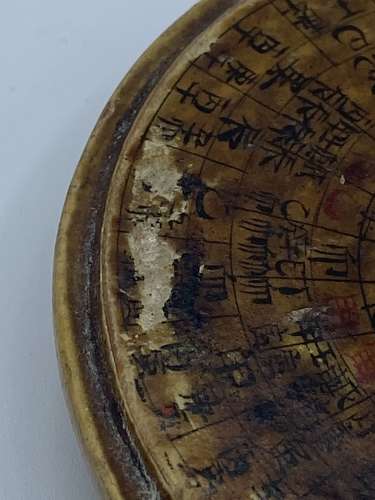 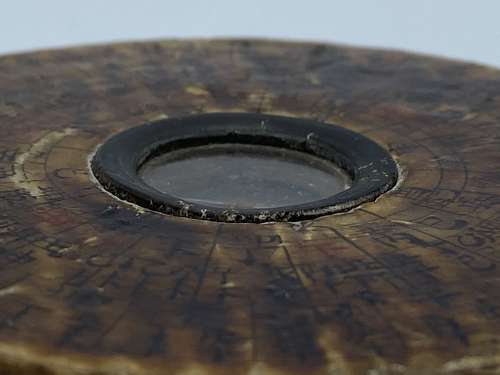 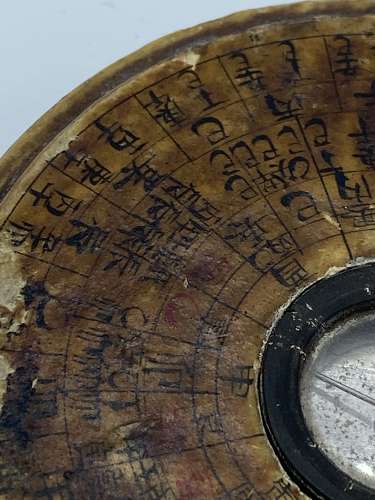 For sale is an original Antique 1820s Loupon Feng Shui Compass Fang Xiu-shui Signed On Reverse. In good working order, truly a rare and original piece, below is abit of a back story into the compass and the maker fang Xiu-shui.

Feng Shui, which literally means 'wind and water', is the ancient Chinese art of placement. It is a form of metaphysical science that can almost be fully explained by logic...nothing to do with religion or superstition. It adopts the principles of balances (Yin and Yang). Humans have for centuries lived within the flow of nature, Feng Shui is based on this. Although the magnetic needle was known to the Chinese for over 3000 years, it was not until the Warring States Period (475-221 BC) that a kind of Luopan for direction and time called "Si Nan" was invented. Then "Si Nan" changed into "Si Pan" in the Han Dynasty.

An increase in the maritime activities during the Song Dynasty (960-1279AD) led to further development of the magnetic compass. Later, a dramatic change in the design of the Luopan took place during the South Song Dynasty (1127-1279 AD). The Correct Needle was combined with the Seam Needle to create the forerunner of the Luopan. From then on, Luopan is mainly for divination of Fengshui, that's why it's called Fengshui Compass.

Wooden luopan is only made at Wan'an Town, Xiu'ning County, Huangshan City. For hundreds of years, Wan'an Luopan has been famous at home and abroad due to its fine and accurate craftsmanship. There are many types of luopan made at Wan'an, of them are three major category: San He luopan, San Yuan luopan and Zhong He luopan.

Although a small town with an ancient street of 2 kilometers, Wan'an has been the adminstration base of then prosperous Xiuning County throughou the period of Three States (around 258AD) to Sui Dynasty (around 589AD). This left a legacy of cultural and econnomic traditions visible even today in the rows of old stores, workshops and residences along the street, elegantly built in the style typical of south Anhui duing the old days, reminiscing about a bygone era of glory. Wan'an is also hometown to China's Fengshui compass. The Wan'an compass craft has a history of about 600 years, dating back to the late Yuan Dynasty (1279-1368) or early Ming Dynasty (1368-1644) in Wan'an.

There used to be three outstanding loupan workshops, namely Wu Lu-heng, Fang Xiu-shui and Hu Ru-yi. One loupan made by Wu lu-heng is still on display at China History Museum. During Anti-Janpanese War, only Wu lu-heng Workshop survived, but all is banned during culture revolution.