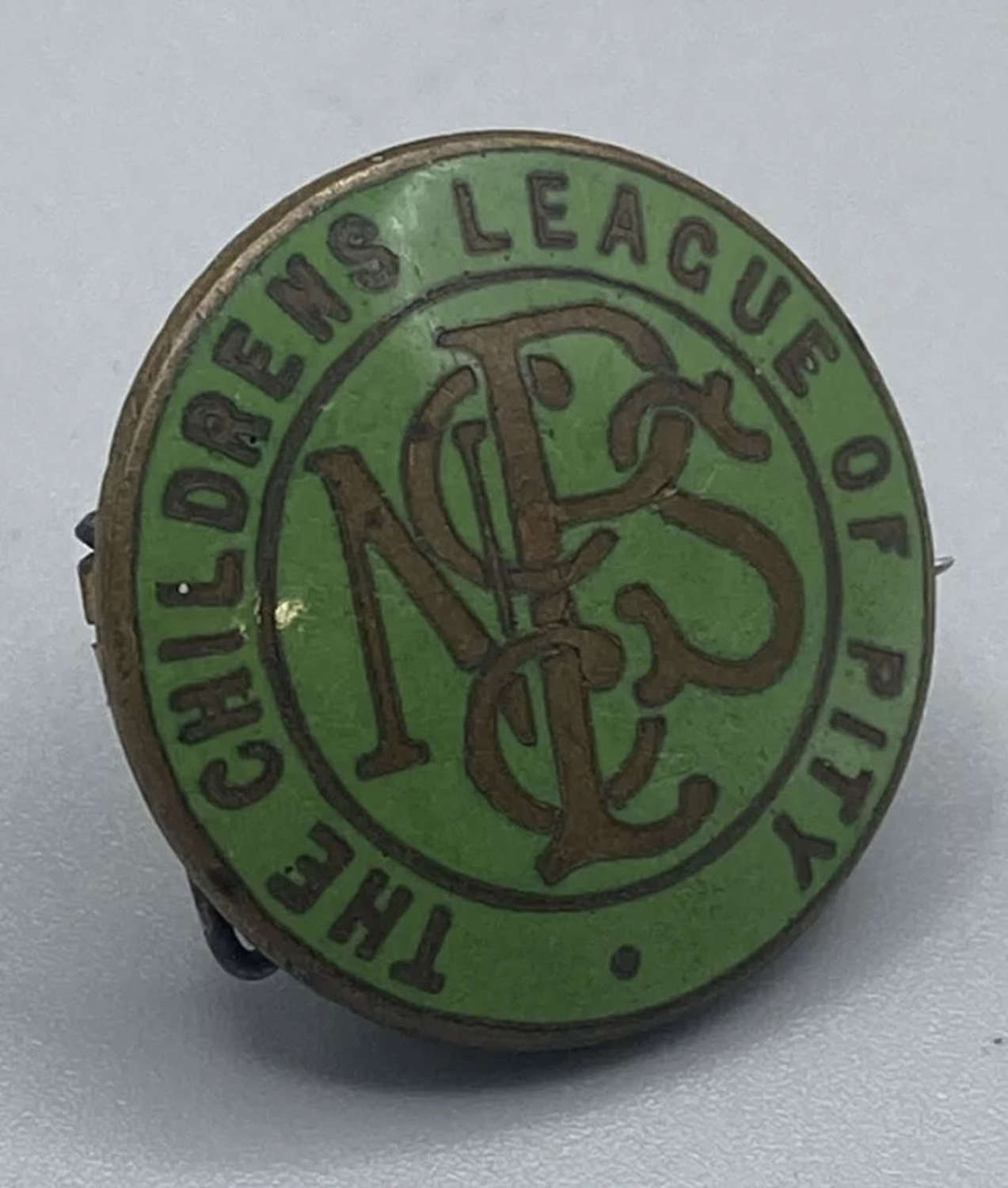 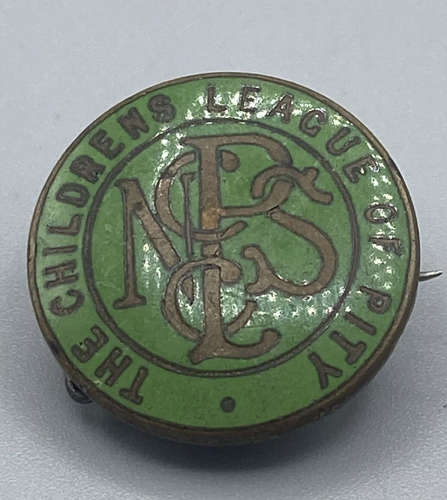 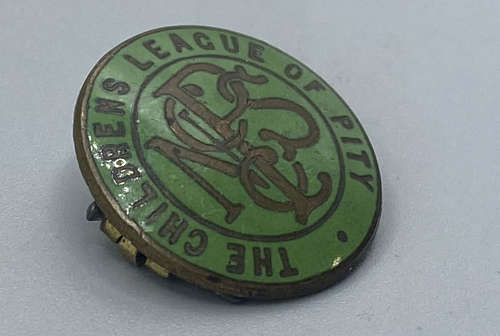 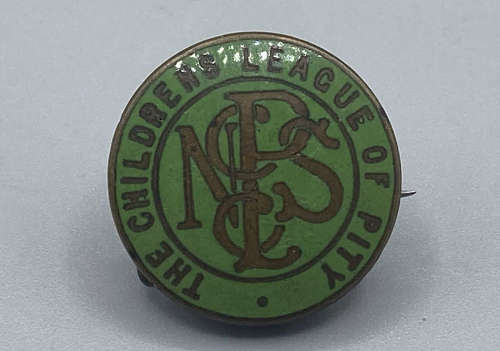 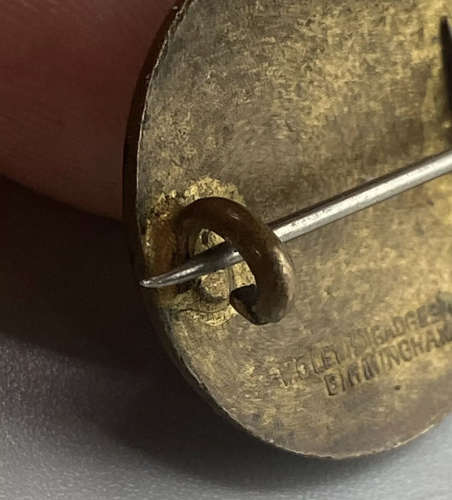 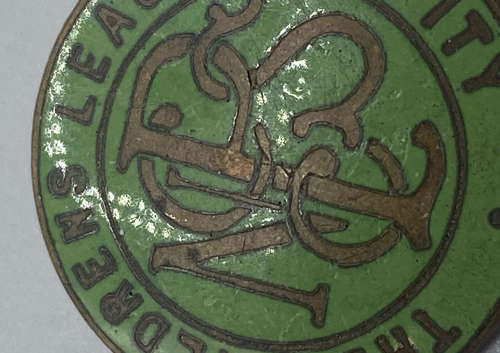 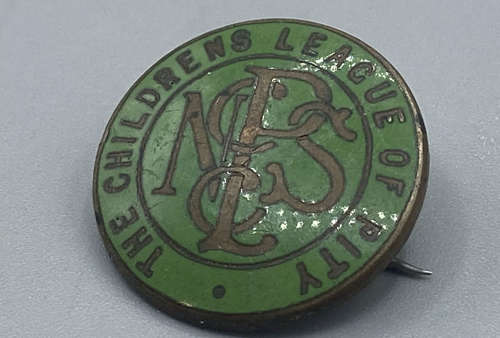 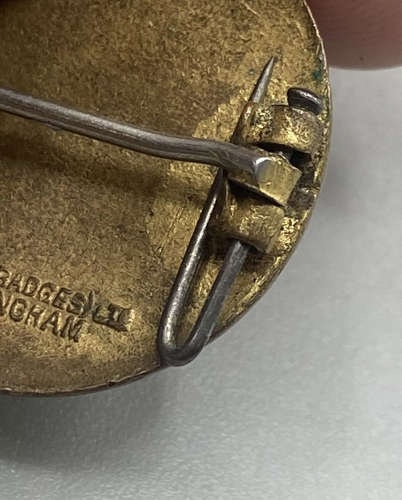 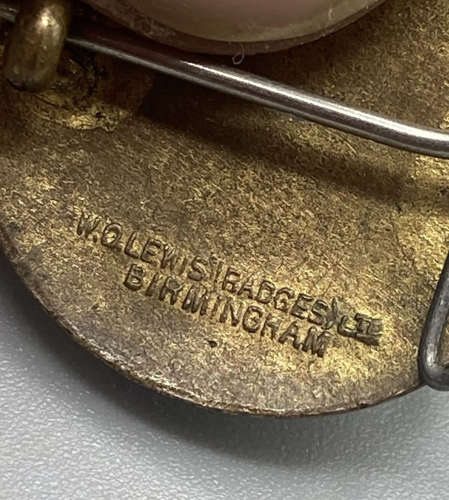 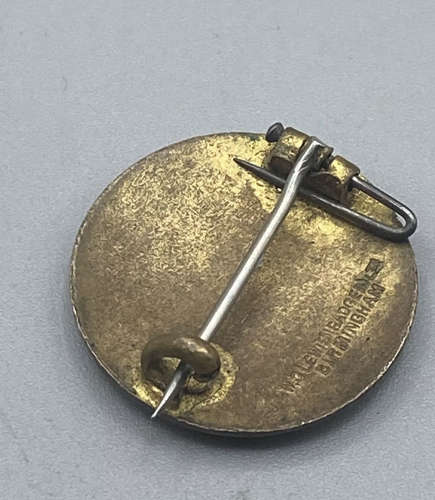 For sale is an Antique 1890s Green Enamel and brass Children's League of Pity Members Badge. Maker marked ‘whole badges ltd Birmingham’. The enamelling is in brilliant condition. However it does have a replacement pin.

“ A little child should be the purest of God’s creatures, as it is the greatest of His gifts. And it is the aim of the League of Pity that one day, throughout our whole great Empire, the rights of the children shall be recognised, and that the State shall see that parents provide their children with the necessaries of life in their own homes, and give them such training there as will fit them for their duties as citizens. Perhaps a Utopian idea, but one to work for, and, though we shall not see the accomplishment of our ideals during our lifetime, it is for us to sow, and others to reap.” Clementine Waring (President)

March 1893 saw the formation of The Scottish Children’s League of Pity, the junior branch of the Royal Scottish Society for the Prevention of Cruelty to Children. It was founded by the Marchioness of Tweedale and headed by her daughter Lady Clementine Hay. The primary aim of the League was to interest Scotland’s more privileged children in the needs of their less fortunate peers and get them involved in the Society, while generally promoting the Society’s cause and raising additional funds. Members of the League’s numerous circles throughout Scotland secured donations of clothing, bedding, and food for the shelters; held bazaars, pageants, plays and balls to raise vital funds; and became directly involved in the Society’s work, visiting children in the services. The League’s monthly magazine titled City Sparrows could be purchased from booksellers, and discussed the work of the League and the Society. The Associates Branch of the League was founded in June 1898.

The headquarters of the League was the central office of the Scottish National Society for the Prevention of Cruelty to Children and subsequent head offices under successor titles.

The objects of the League were:-

In time the League adopted the motto “Be ye kind to one another” and a member’s pledge, “I undertake, as a Member of the Scottish Children’s League, to do all I can to promote the objects of the League, and to help suffering children and make them happy.” The annual flag day of the League was called "Heather Day" and was started in 1912.

The League consisted of Members and Associates resident in, or connected with Scotland and was divided into two branches. One was the Children’s Branch (becoming the Member’s Branch) consisting of junior members – children up to the age of 14 – and senior members – boys and girls between the ages of 14 and 18. Both paid an entrance fee of not less than sixpence and an annual subscription set by each circle. The Associates Branch consisted of those over 18 years of age who paid an entrance fee of not less that one shilling. The object of the Associates Branch was to retain the co-operation of members who had outgrown the age limit of the Children’s Branch and to promote the objects and work of the Society. In time the Members were asked to provide one or two old garments and the Associates two new or four old garments annually. All monies, including legacies, received by the League was paid to the Society; credit being given to the depositing or sanctioned branch. The Society paid all agreed and authorised necessary expenditure incurred in the League’s work. The League presented an annual report with a certified statement of accounts attached.

The Members and Associates of the League were divided into circles allowing them to easily meet together and maintain a common interest and plan of work. Each circle had a secretary and was responsible for deciding how they would carry out the objects of the League on the lines laid down in the constitution and rules. Circles existed throughout Scotland and by 1953 there were over 100 of them. In time the circles were disbanded mainly because changing decades saw children with more commitments and in some instances friend's groups, mostly run by adults, were set up.

In the late 1950's the phrase "of Pity" was dropped from the title as it was felt it did not properly reflect the active work that was being done by the RSSPCC and the League. As the Scottish Children's League the aims and objectives remained the same and in time the Society employed Schools Co-ordinators who organised fundraising events and raised awareness in primary schools. Lady Clementine Waring remained President of the League into her eighties and then handed it over to HRH The Princess Margaret.