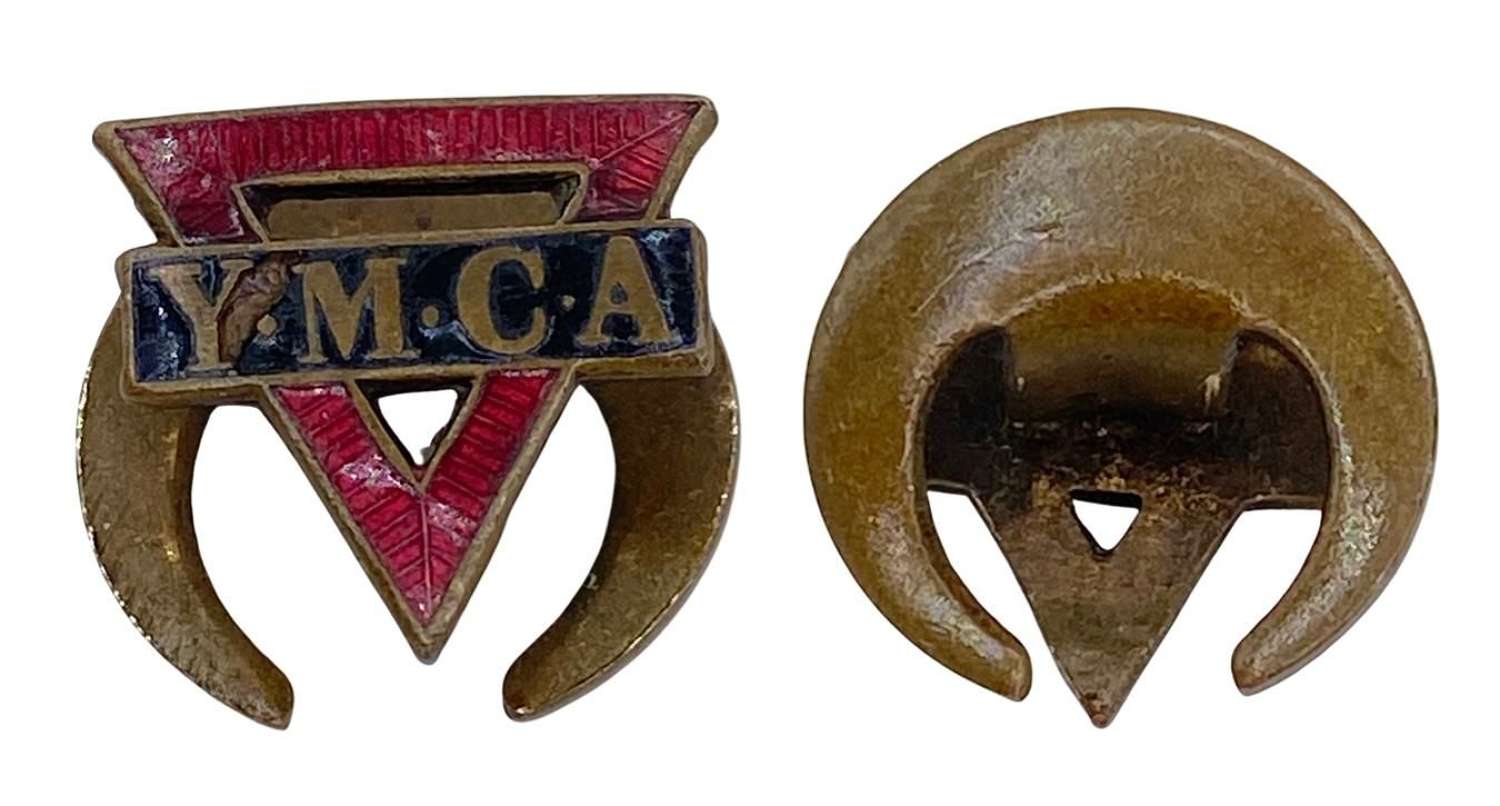 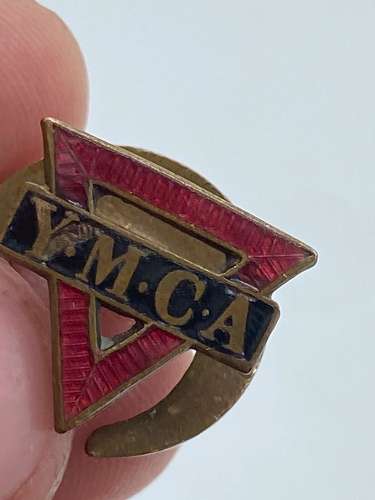 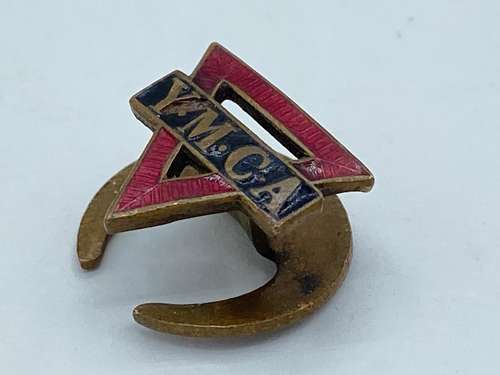 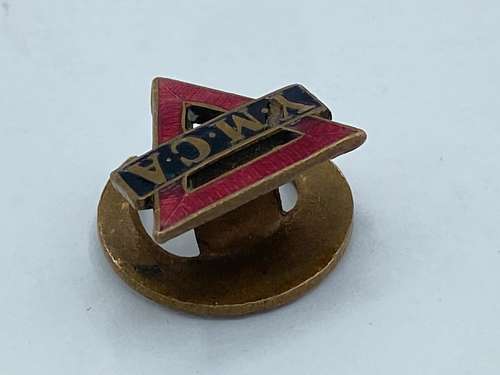 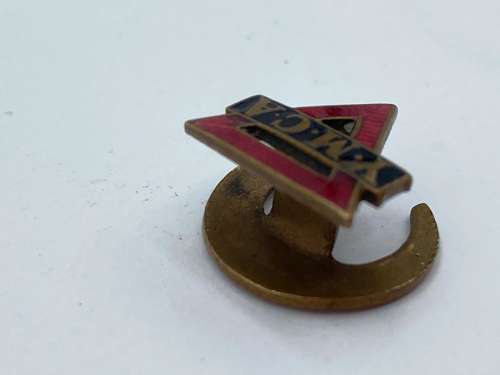 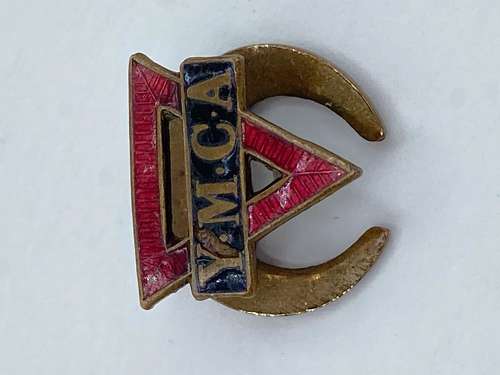 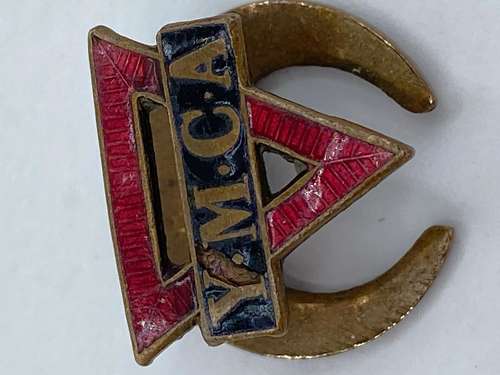 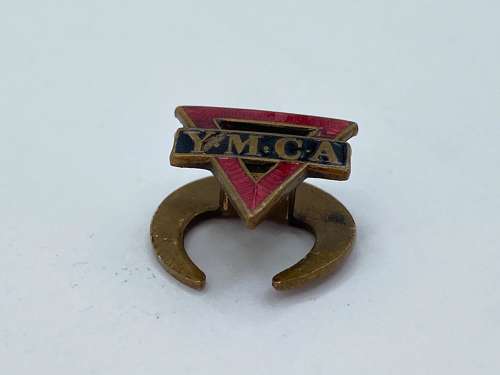 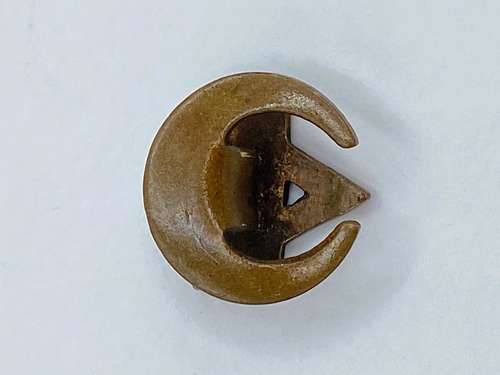 £50.00 Approx $60.98, €59.1, £50
(1 in stock)
Qty
For sale is a WW1 British Army YMCA Youth Mens Christian Association Enamel Badge. This is a rare button hole version of these badges, unfortunately there is a small piece of black enamel missing next to the Y. So please see photos for more details.
YMCA followed soldiers to the front line and various sites of conflict scattered across the globe.
As the wounded returned, YMCA found itself working alongside the Royal Army Medical Corps and Red Cross in hospitals and convalescent camps, helping relatives to visit their sons. We also began to provide for the thousands of munitions workers housed in camps around the country, living in conditions barely distinguishable from those of the troops.
By September 1917, YMCA was responsible for 150 munitions worker canteens, serving around 200,000 workers daily – and at one point, canteens were opening at the rate of six per month. In addition we had 10 hostels accommodating 3,000 men.
While the Red Cross mobilised itself for relief work with refugees and prisoners-of-war, YMCA became the biggest organisation involved in welfare work with troops and munitions workers. To meet this challenge YMCA, like the armaments industry, began to seek women volunteers and workers to sustain their work.
Within the first fortnight of war being declared, 250 social centres or ‘huts’ for troops were operating and within the first month the YMCA Women’s Auxiliary was formed.
By 1916 the total number of huts had grown to 1,500. These huts were located in training camps, garrison and transit towns, at railways stations and wherever British troops were serving abroad (Yapp, 1919; 1927).
The ‘hut’ presented a golden opportunity to leave behind the hardships and brutalities and meanness of war and become again a part of the collective conscience of the nation.
Some huts were large establishments with discrete rooms for a library, meals, showers and games. Nearer the front the ‘huts’ were anything from places made out of destroyed bombed buildings to tents and dug outs in the trenches where free cocoa was dispensed to tired soldiers by YMCA staff. But big or small, it appears that it was the personal contact that was often the most important element.
“When we get inside the YMCA hut, we feel as if we are home again.” Young soldier, 1917
By 1918, over 40,000 ‘ladies of the red triangle’, as Yapp called them, had served in the Auxiliary. All were unpaid and, even when serving abroad, had to meet their own living expenses.
This will be sent via 1st class signed for and dispatched within two working days.