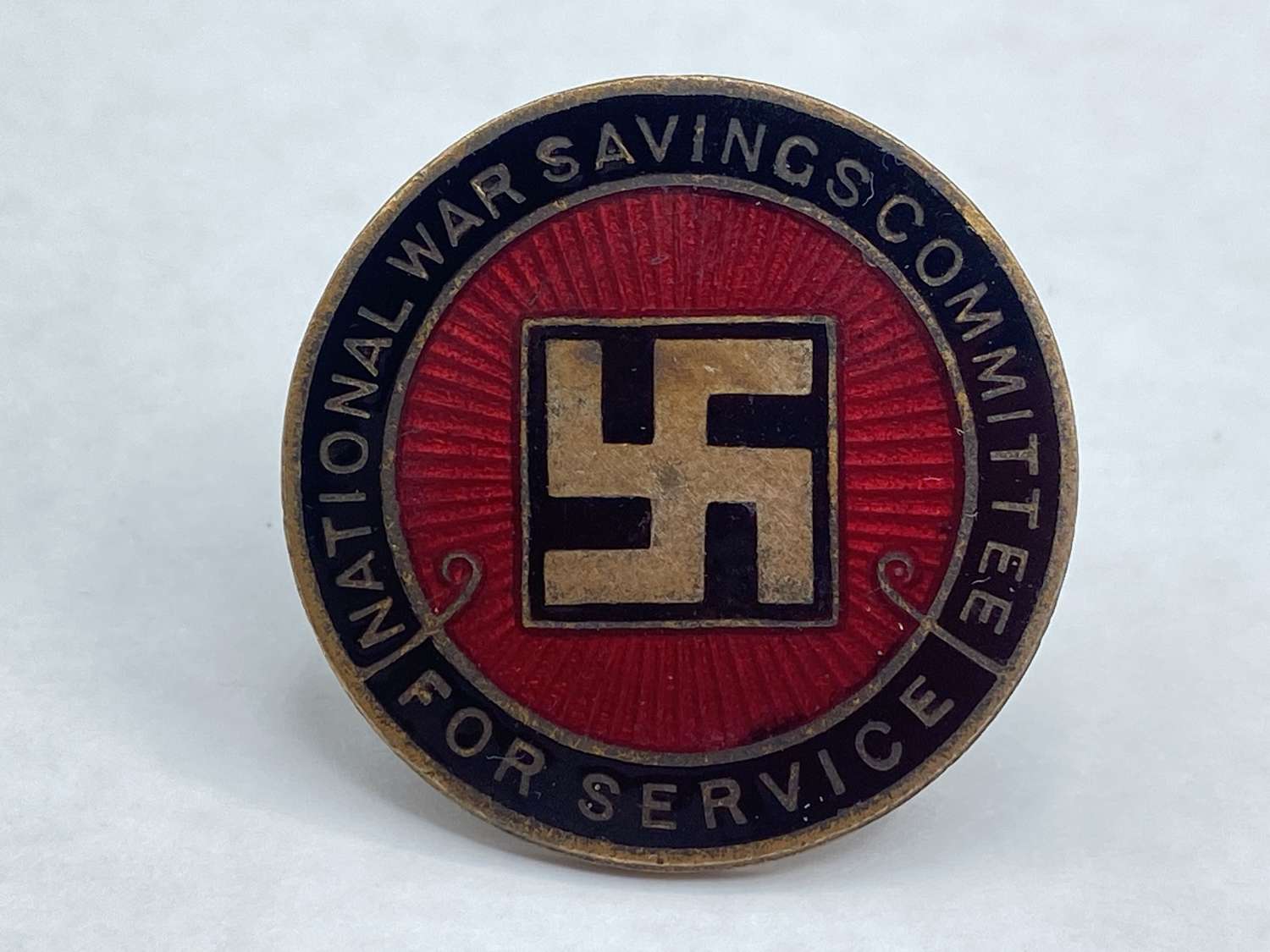 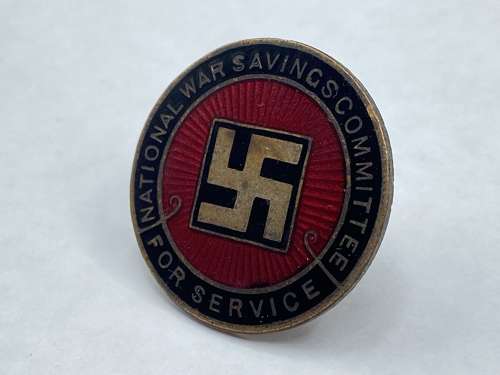 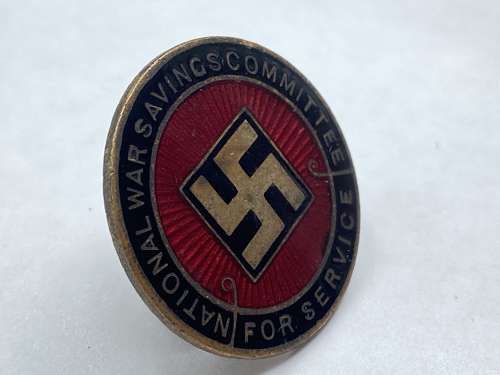 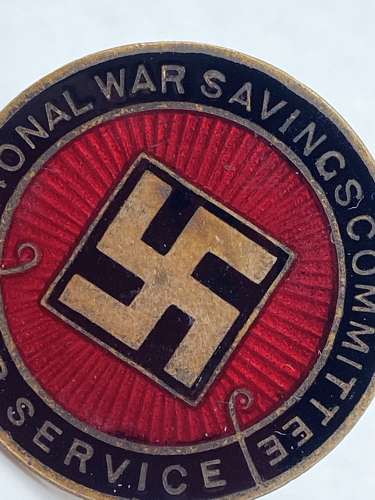 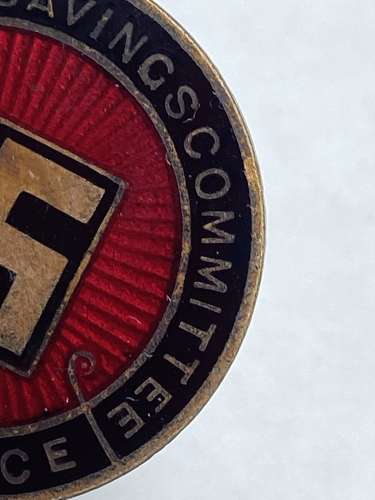 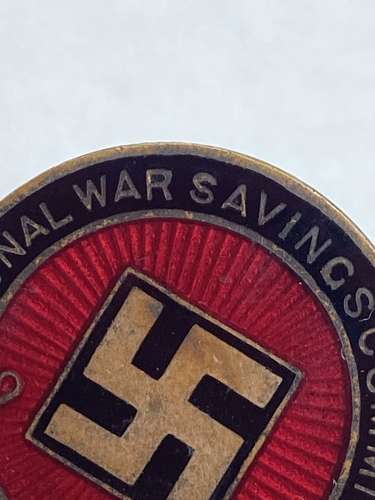 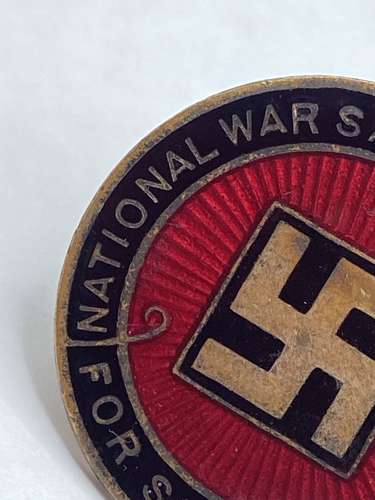 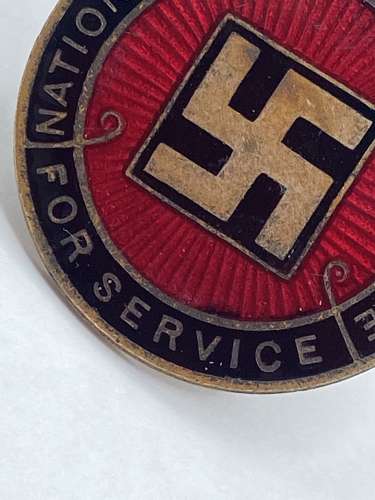 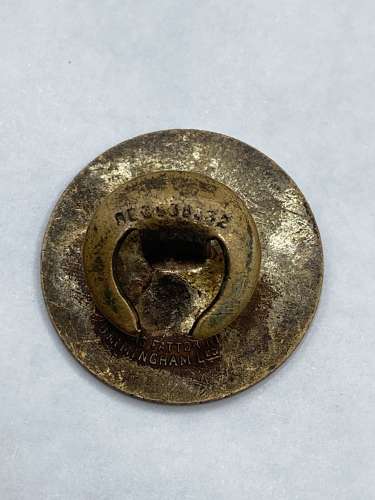 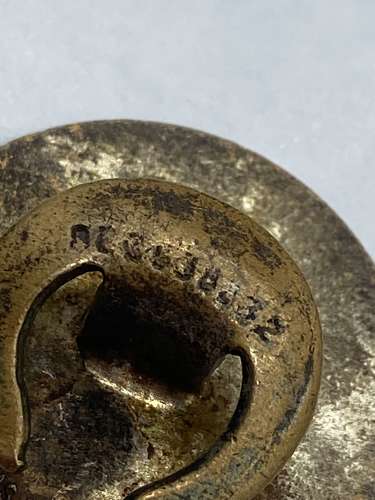 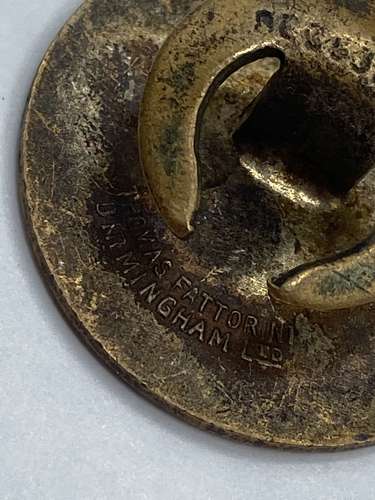 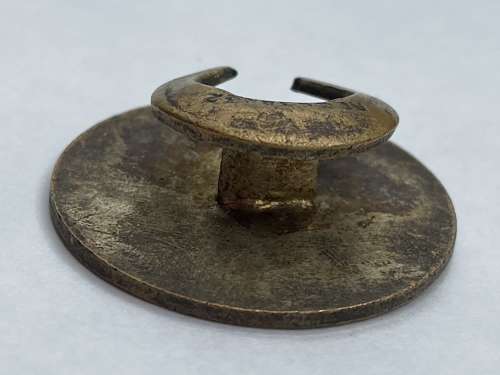 A First War British National War Savings Committee Badge - Bronze gilt with red and black enamels, maker marked "THOMAS FATTORINI BIRMINGHAM Ltd" on the reverse, 29.2 mm, horizontal pinback, intact enamels, very light contact, extremely fine. Footnote: During the First World War, the Swastika was adopted by the National War Savings Committee, who issued war bonds at 15s.6d. (15 Shillings & six pence) each. The bond in effect was a loan to the Government, to help fund the war. Advertising slogans stated that "for 15/6 124 cartridges could be bought for a soldier at the front." The value of the bond would increase annually so that after five years, it would be worth a Sovereign (£1 sterling). If need be, it could be cashed in earlier by the investor. However 15/6 was a large sum of money for many poorer families so 6d (six pence) savings stamps were issued (also with a Swastika on them) which could be purchased weekly or whenever people could afford them. After thirty-one stamps had been bought, the bond or certificate was issued. There were also small square enamel badges, which were of a similar design as the stamps, and were given to the stamp sellers to wear.

This will be sent via special delivery and dispatched within two working days. Happy to send internationally.