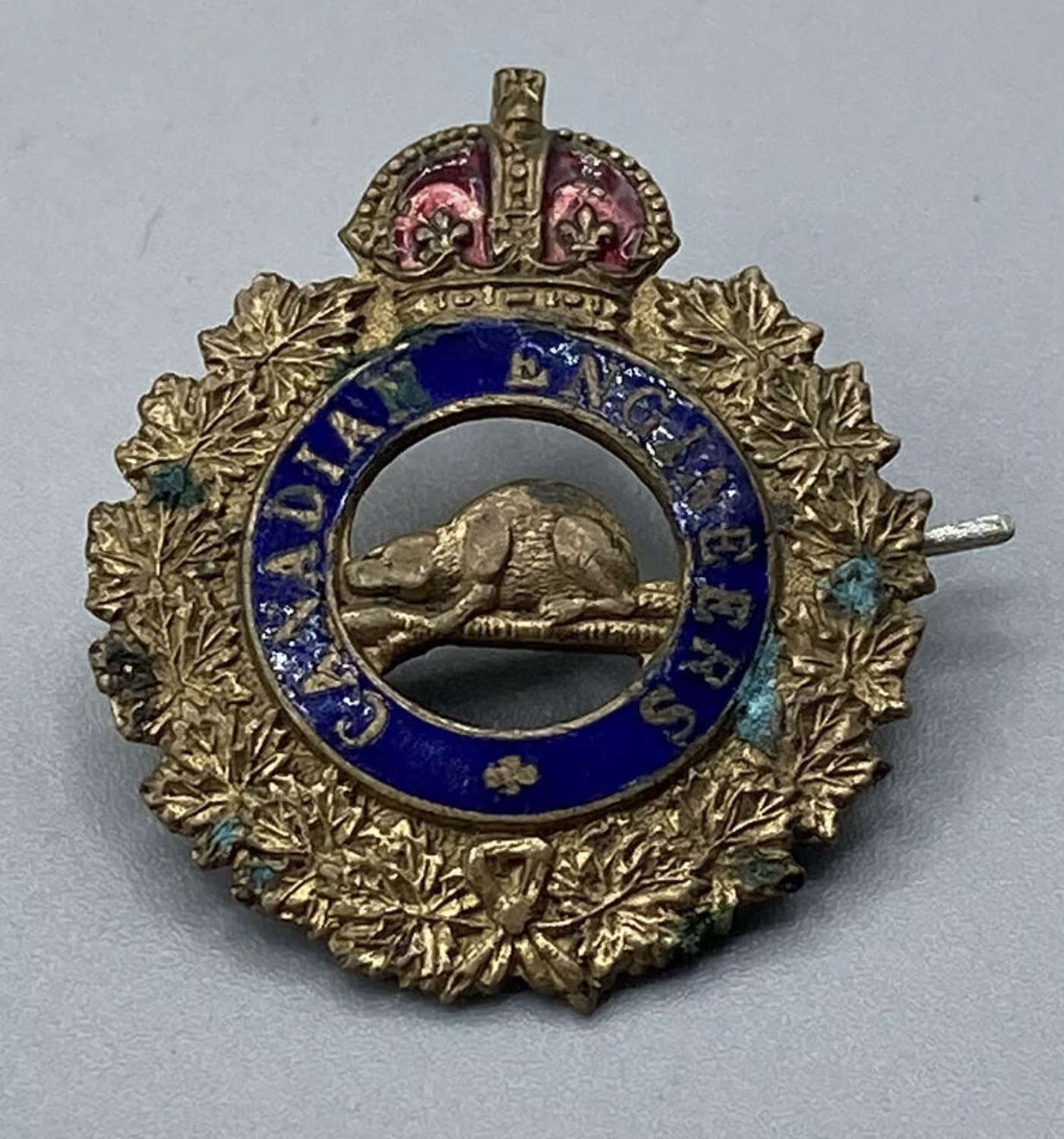 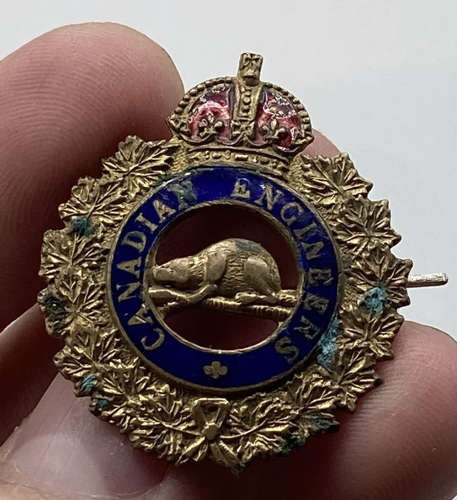 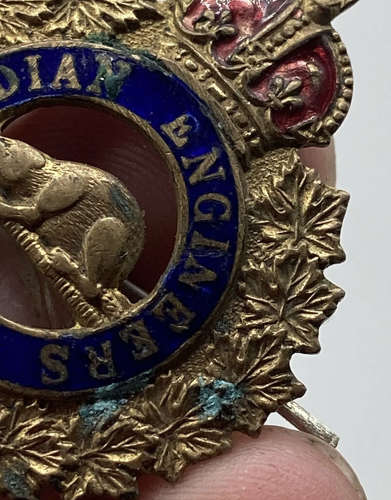 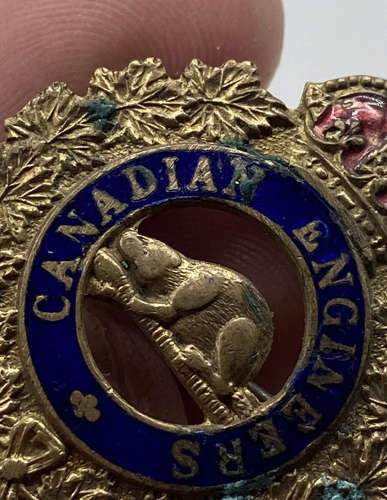 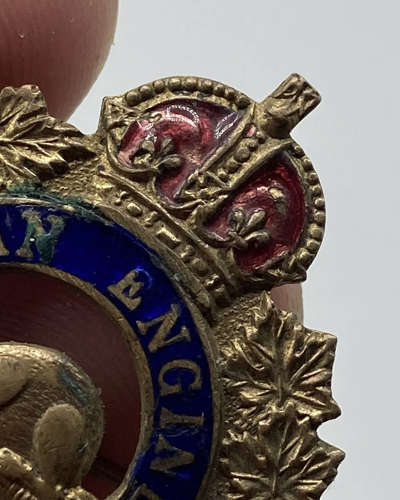 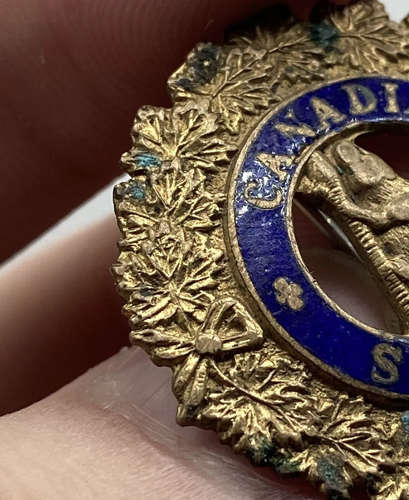 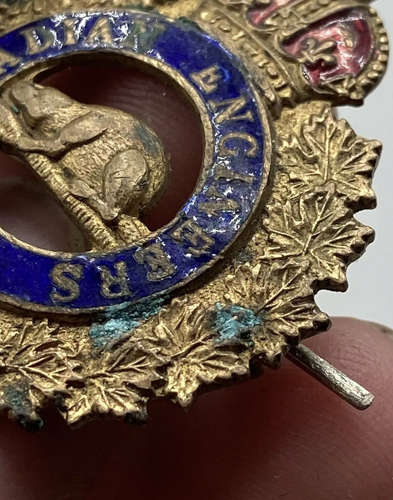 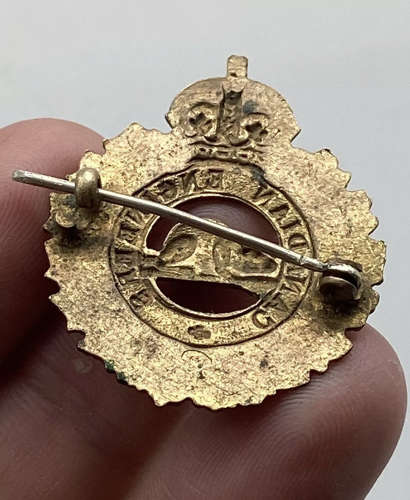 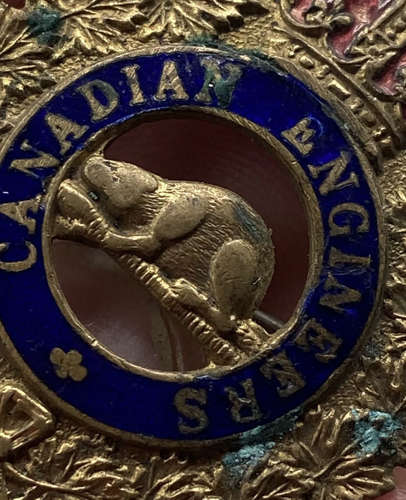 For sale is an original WW1 Canadian Engineer Brass and Enamel Sweetheart Brooch. A very fine CEF WWI Canadian Engineers Sweetheart pin. Straight pin attachment is present and in good order.The enamel on this badge is perfect. Note the absence of the "Royal" in front of "Canadian Engineers". The "Royal" designation was added after WWI by King George V due to exemplary service rendered by Canadian troops in WWI. These pins, though portraying many motifs of the various regiments and corps, were given as tokens of love and friendship among the soldiers and their wives & girlfriends during the war years. Sweetheart badges and pins were often given to a female loved one, by their soldier lover, son (usually), or father. They could have been supplied, for a cost, by the quartermaster or by a private organization, such as Birks. Most were simply converted uniform devises from the regiment, and were available in the tuck shops. Many, if not all of the battalions and regiments had this type of inspirational badge. As the war wore on, many of the givers were lost, and did not return. Consequently, these items became very cherished by their recipients. Guaranteed original or money back. This will be sent first class signed for and dispatched within two to three working day’s.