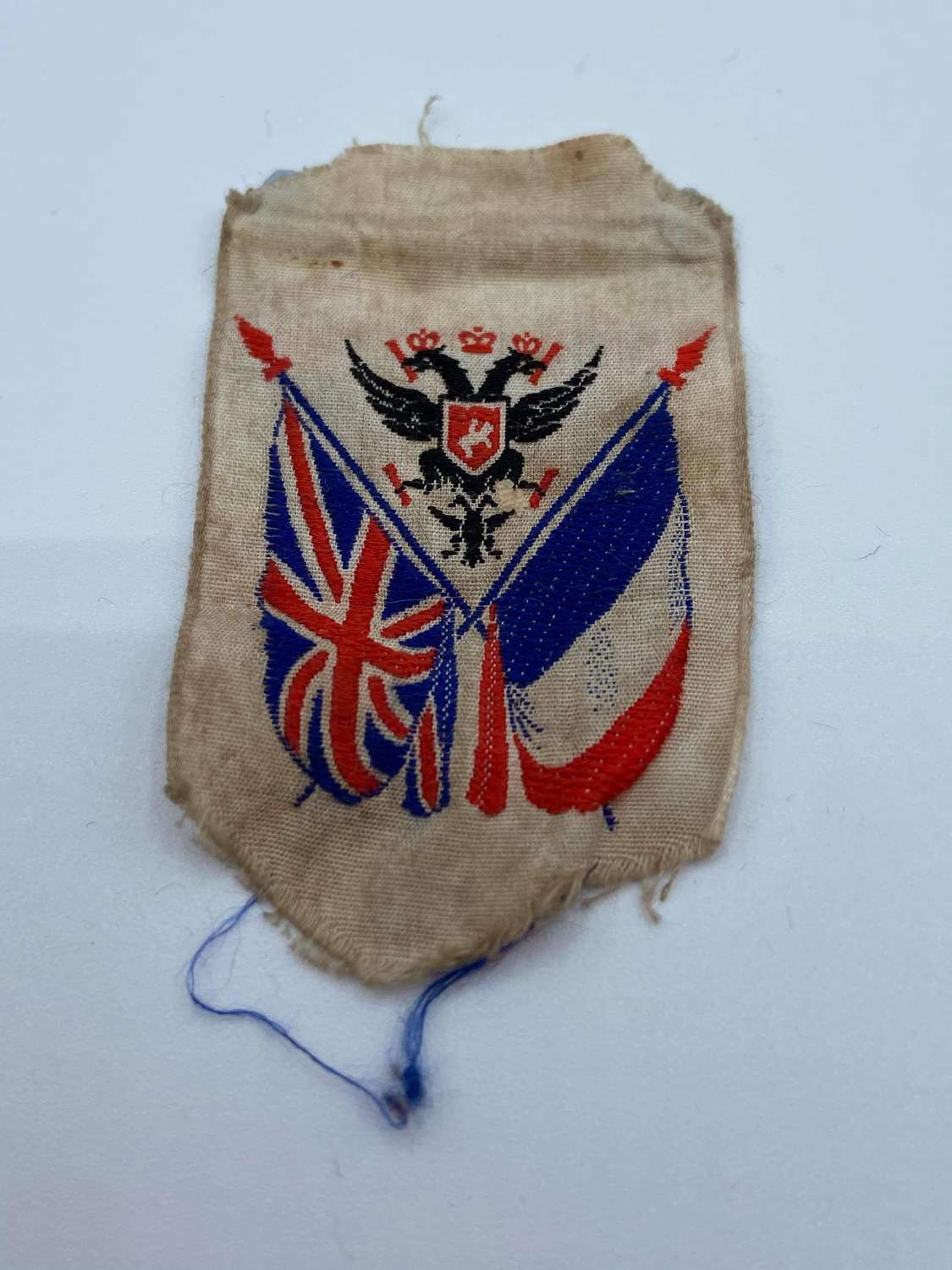 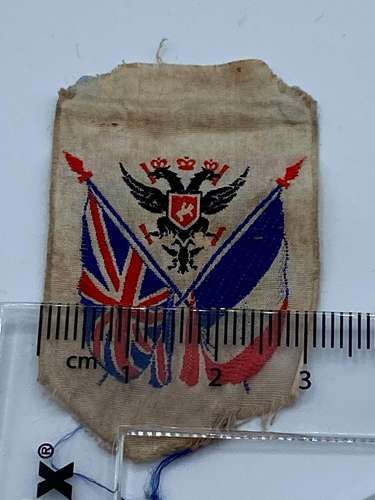 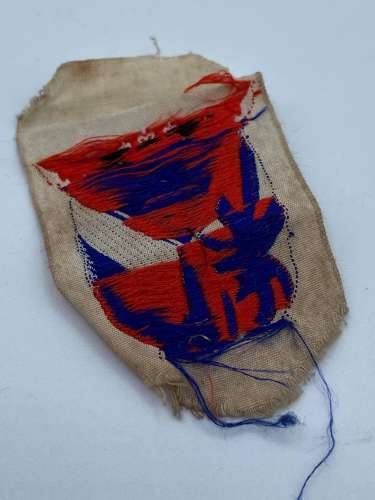 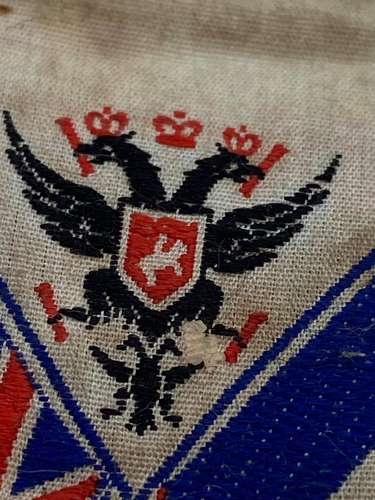 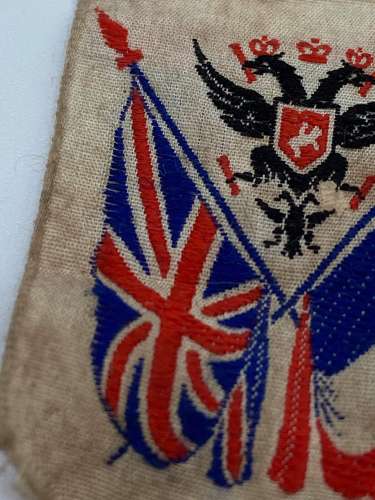 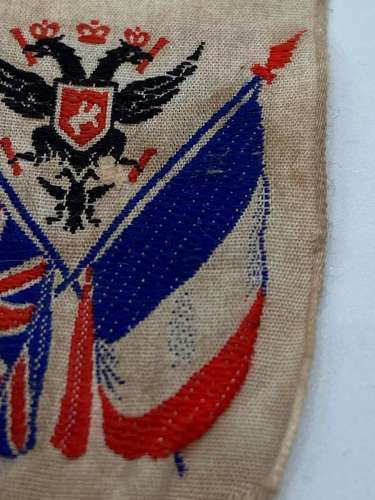 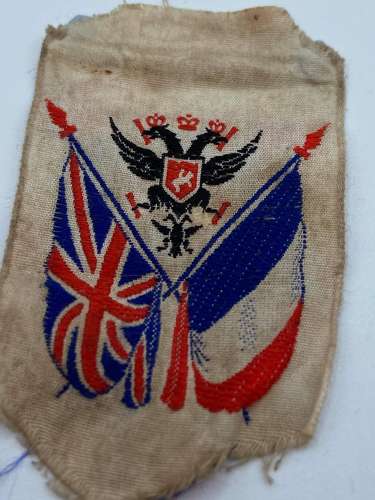 For sale is a Rare WW1 Silk Sheild Patch Of The Triple Entente, on the lower half of the patch is the British and French flags crossed, and above this is a Russian eagle with scrolls/ agreements in its claws, which was the forming of the Triple Entente. The silk patch measures 3.12cm width x 5.32cm. The Triple Entente from French entente [ɑ̃tɑ̃t] meaning "friendship, understanding, agreement") describes the informal understanding between the Russian Empire, the French Third Republic and Great Britain. It built upon the Franco-Russian Alliance of 1894, the Entente Cordiale of 1904 between Paris and London, and the Anglo-Russian Entente of 1907. It formed a powerful counterweight to the Triple Alliance of Germany, Austria-Hungary, and Italy. The Triple Entente, unlike the Triple Alliance or the Franco-Russian Alliance itself, was not an alliance of mutual defense. I believe this patch is a period commemorative patch of the agreement. These will be sent 1st class signed for and dispatched within two to three working day’s.