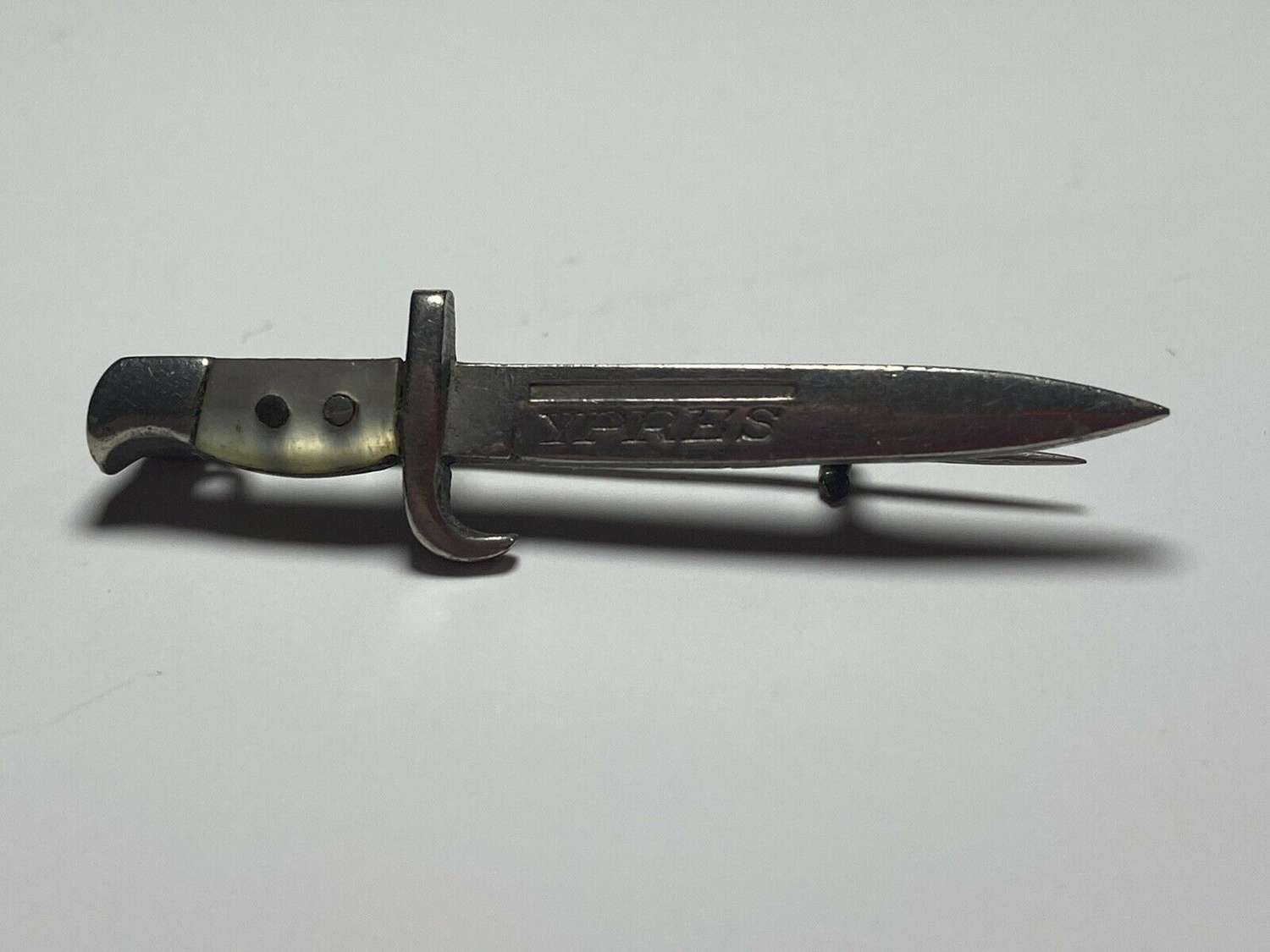 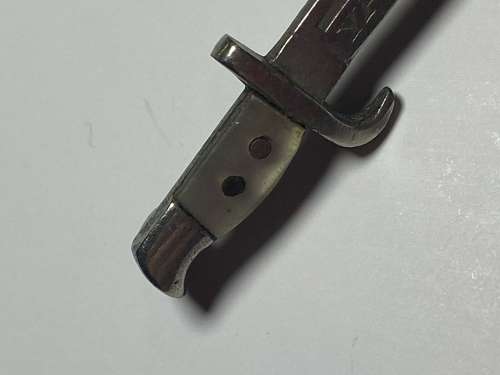 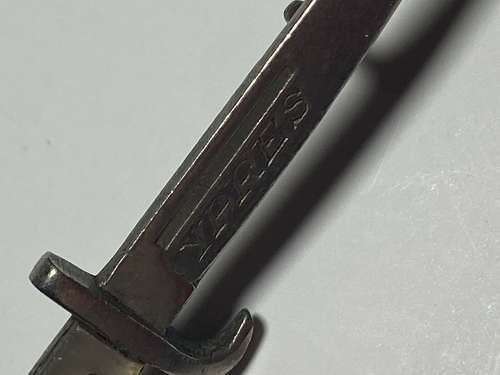 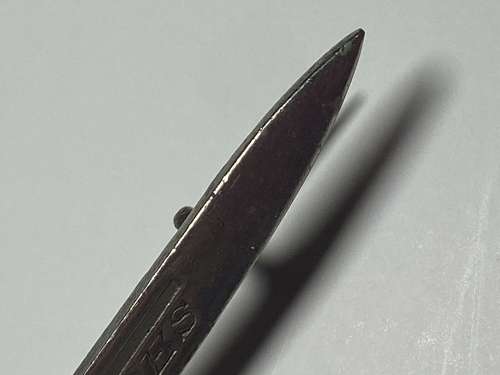 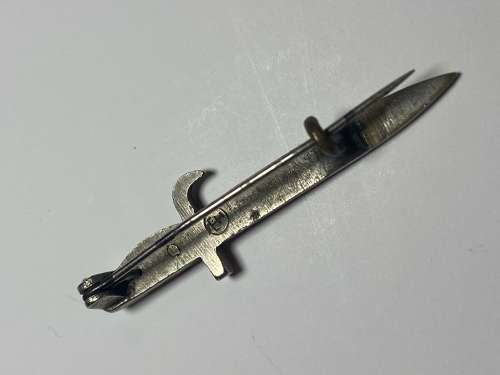 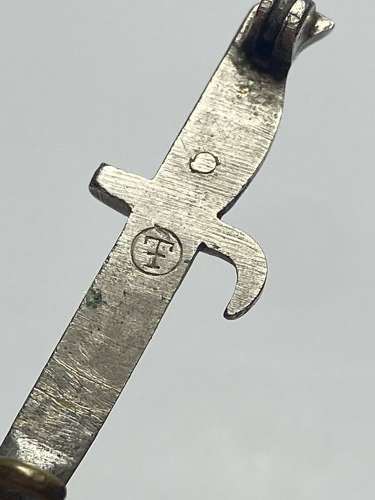 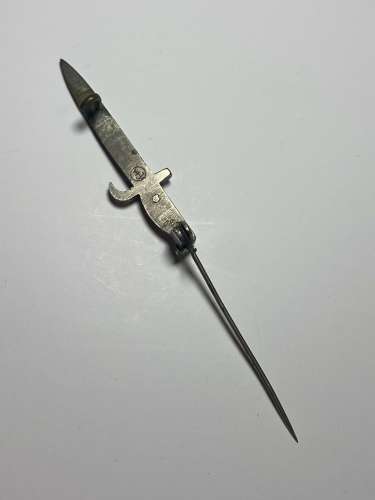 SOLD
For sale is a WW1 Sweetheart Brooch in the shape of a bayonet measuring 4cm In length with a gorgeous mother of Pearl handle, and Ypres engraved into the blade. Complete with the original pin and maker marked TT. This pin was designed and manufactured for soldiers who thought at The Battle Of Ypres.
The Battle of Ypres was a series of engagements during the First World War, near the Belgian city of Ypres, between the German and the Allied armies (Belgian, French, British Expeditionary Force and Canadian Expeditionary Force). There were hundreds of thousands of casualties during the five engagements.
Guaranteed original or money back. This will be sent first class signed for and dispatched within two to three working day’s.