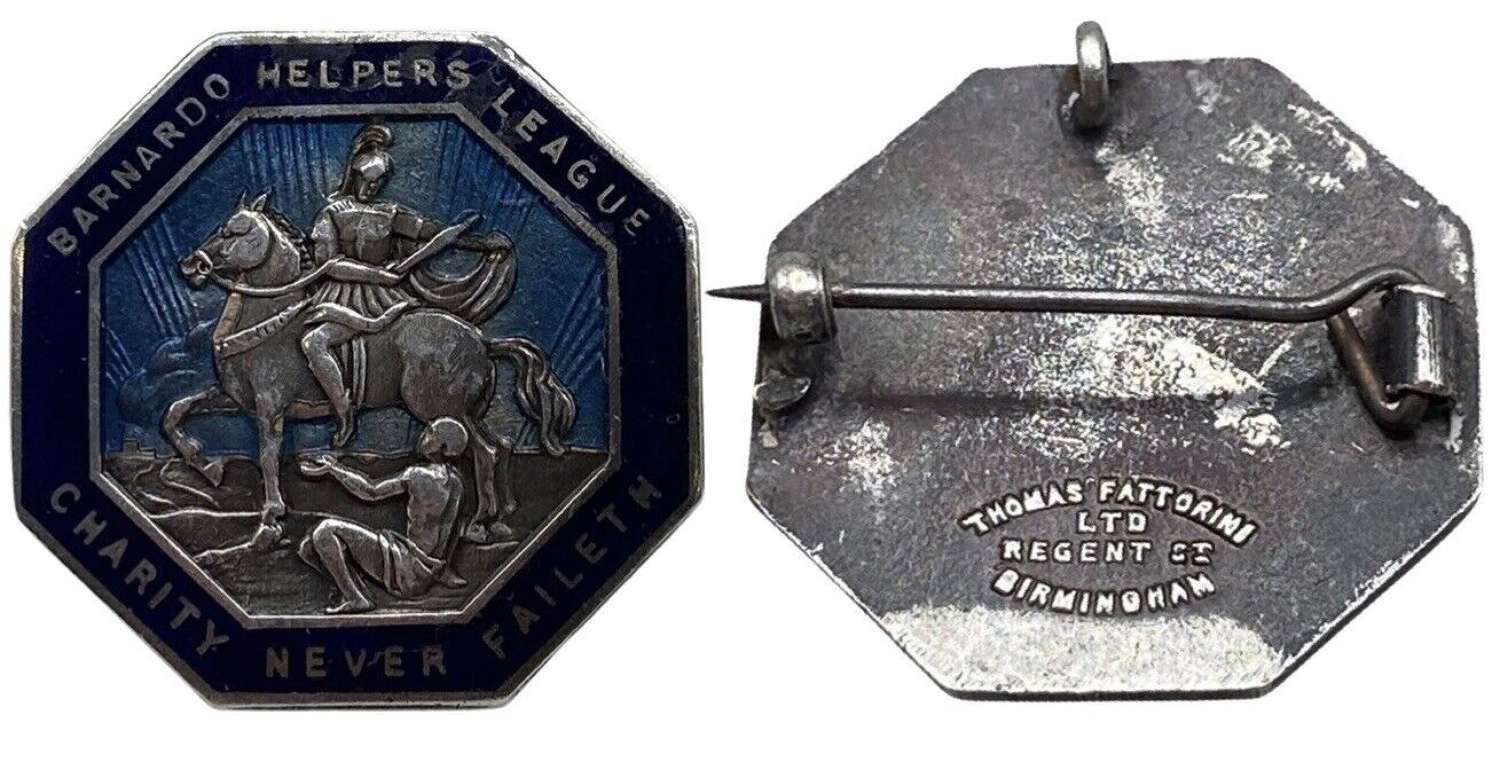 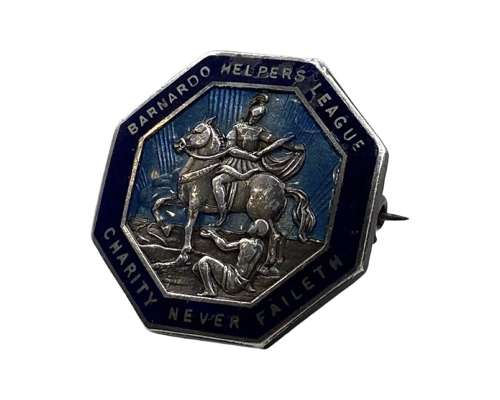 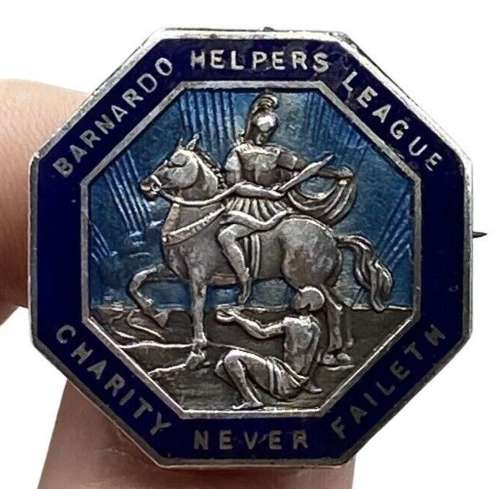 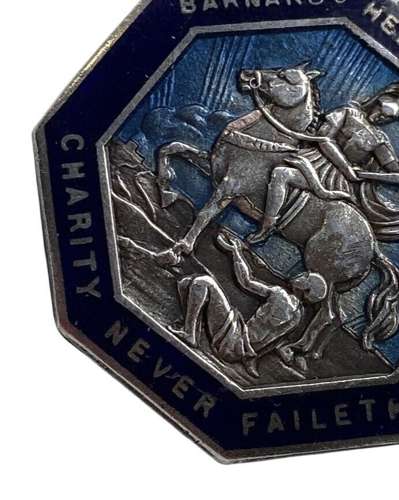 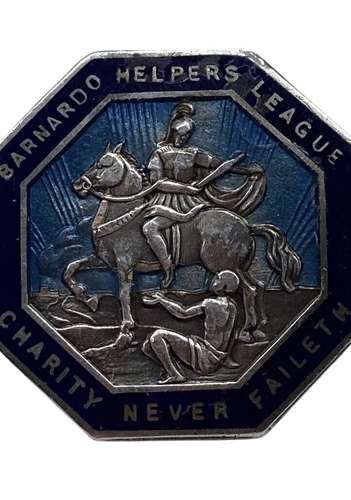 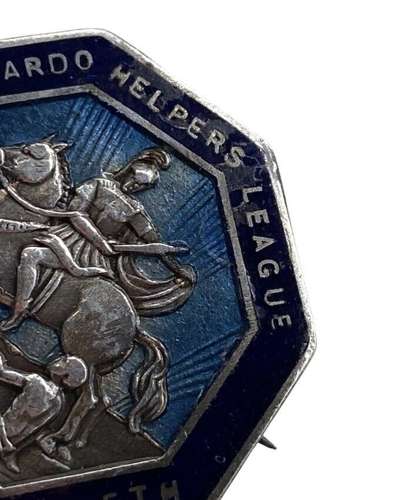 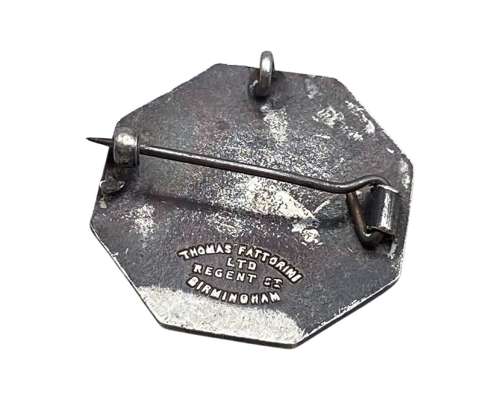 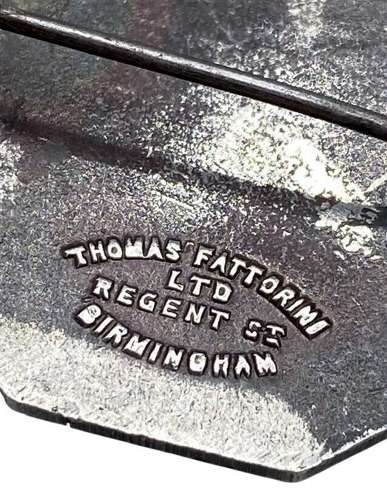 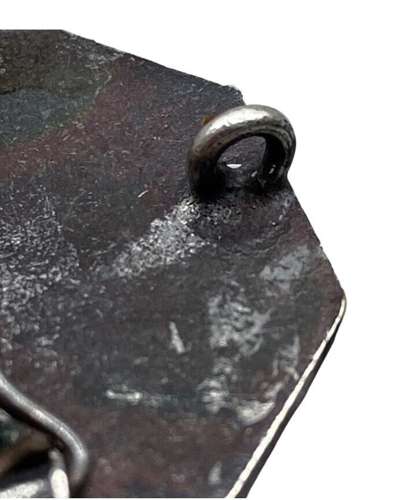 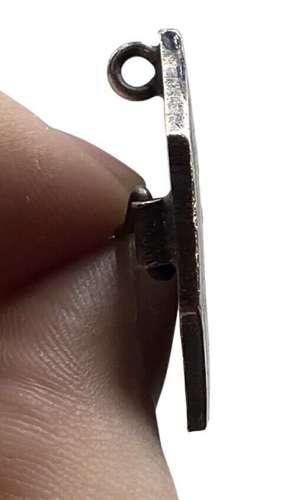 £24.00 Approx $29.27, €28.37, £24
(1 in stock)
Qty
For sale is an WW2 1940s British Home Front Barnados Helpers League Enamel & Silver Badge weighing 10.42 grams, maker marked Thomas Fattorini ltd regent st Birmingham.
Barnardos were a charitable organisation founded by Dr. Thomas Barnardo (1845-1905). The first of ‘Dr Barnardo Homes’ for orphaned and destitute children was opened 1870 in London and by 1905 there were already 112 of them throughout England. To help fund his charity he organised the Young Helper’s League in 1891 whose members comprised of ‘more well-off’ children. Members of the Young Helper’s League were issued with silver badges which became a tradition among Barnardo League members. Dr. Barnardo was a pioneer of mass charity which proved a great success by obtaining huge funds from so many small donations.
This badge is in great condition with all enamel present! This badge will be sent via 1st class signed for and dispatched within two working days.