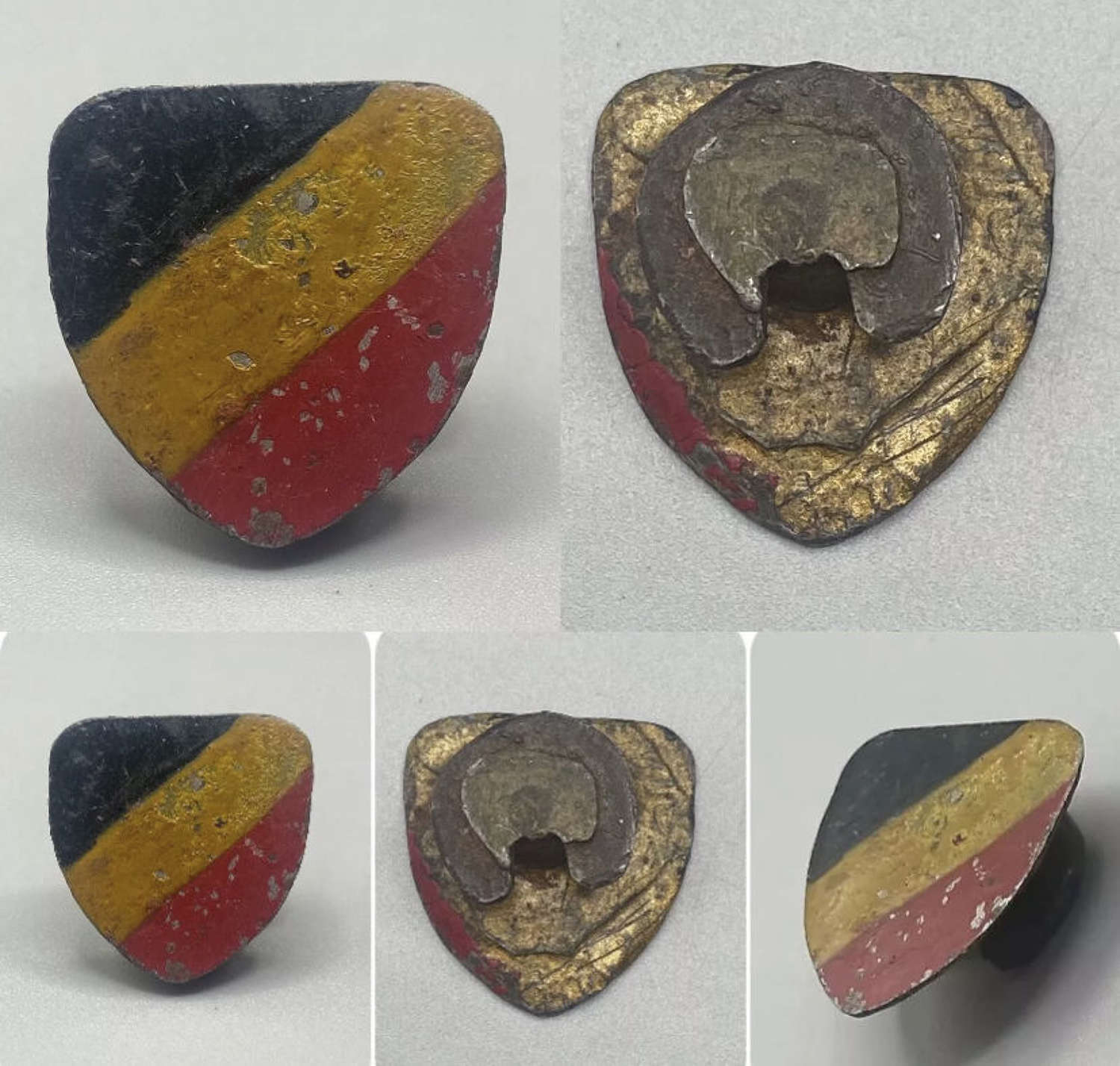 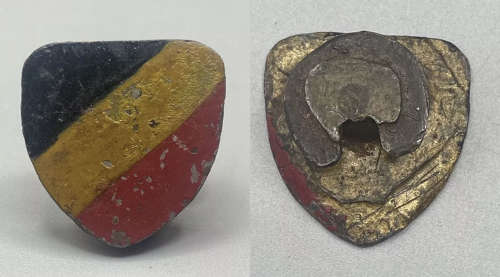 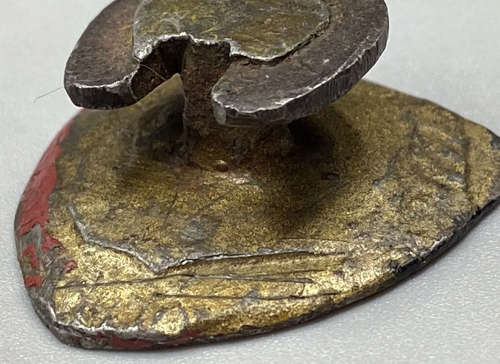 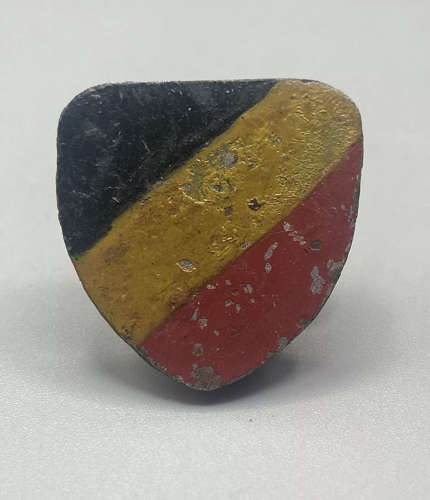 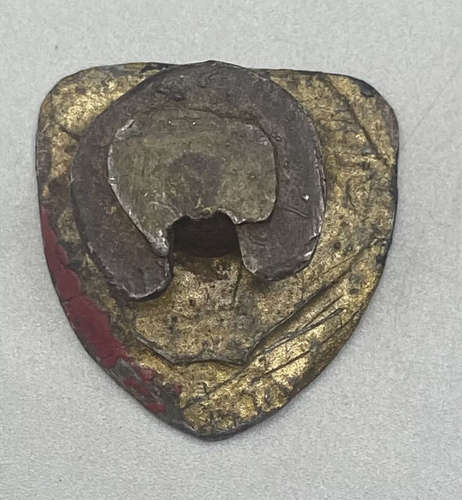 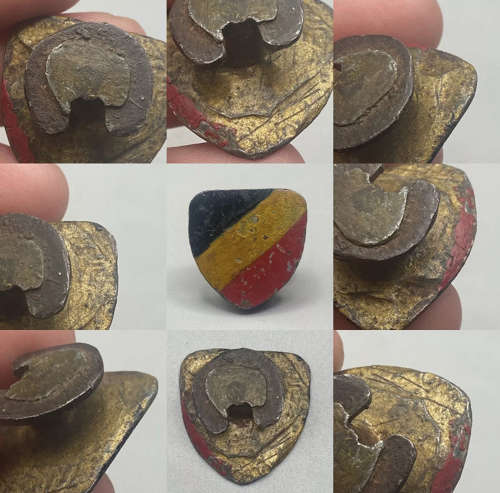 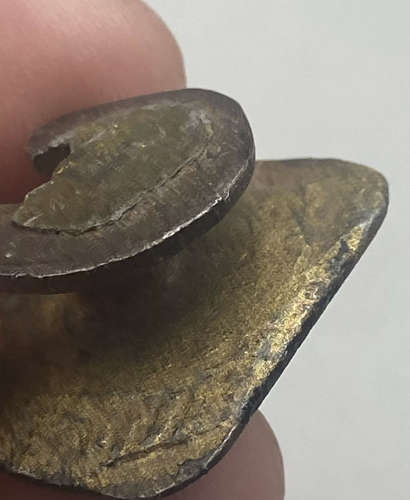 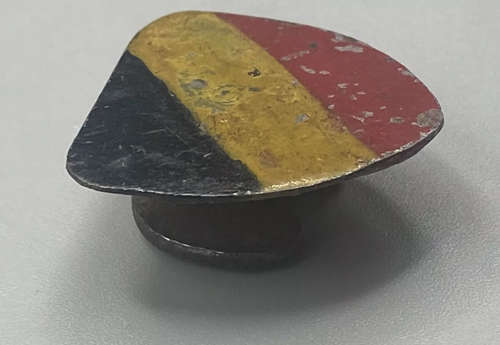 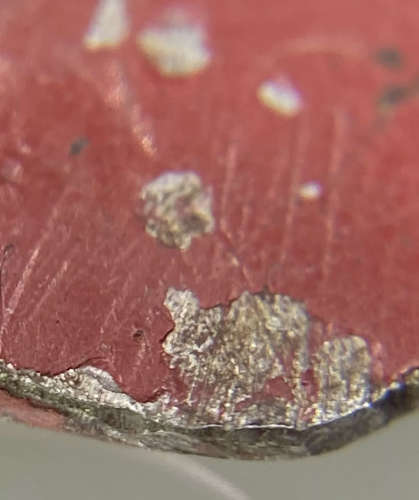 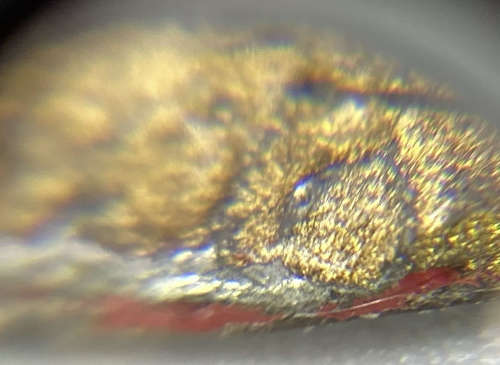 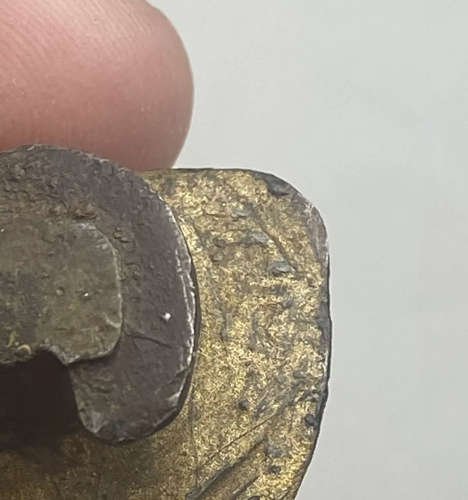 For sale is an original scarce WW2 1941-44 Belgium: Front de l’Indépendance Resistance Badge. This resistance badge has been made with what materials and manufacturing methods were at hand, and then issued to other members of the Belgium resistance to show support against the German occupation. Resisting the Germans throughout Belgium was done in many forms, peacefully, sabotage and violence. So few of these badges, insignia or personal items still excise today. This badge contains the Belgium colours black yellow red diagonally across this badge. The wearer would then show there patriotism towards Belgium and resistance against the occupying German forces.

The Belgian Resistance collectively refers to the resistance movements opposed to the German occupation of Belgium during World War II. Within Belgium, resistance was fragmented between many separate organizations, divided by region and political stances. The resistance included both men and women from both Walloon and Flemish parts of the country. Aside from sabotage of military infrastructure in the country and assassinations of collaborators, these groups also published large numbers of underground newspapers, gathered intelligence and maintained various escape networks that helped Allied airmen trapped behind enemy lines escape from German-occupied Europe. During the war, it is estimated that approximately five percent of the national population were involved in some form of resistance activity, while some estimates put the number of resistance members killed at over 19,000; roughly 25 percent of its "active" members.

The photographs make up part of the, I will describe the item the best I can and to the best of my knowledge. As the buyer please view the photos carefully before purchasing. Guaranteed original or money back. This will be sent via 1st class signed for if the value is under £60 and anything over will be sent via express 48 Parcelforce or Royal Mail special delivery and dispatched within two to three working day’s. Also happy to post world wide.