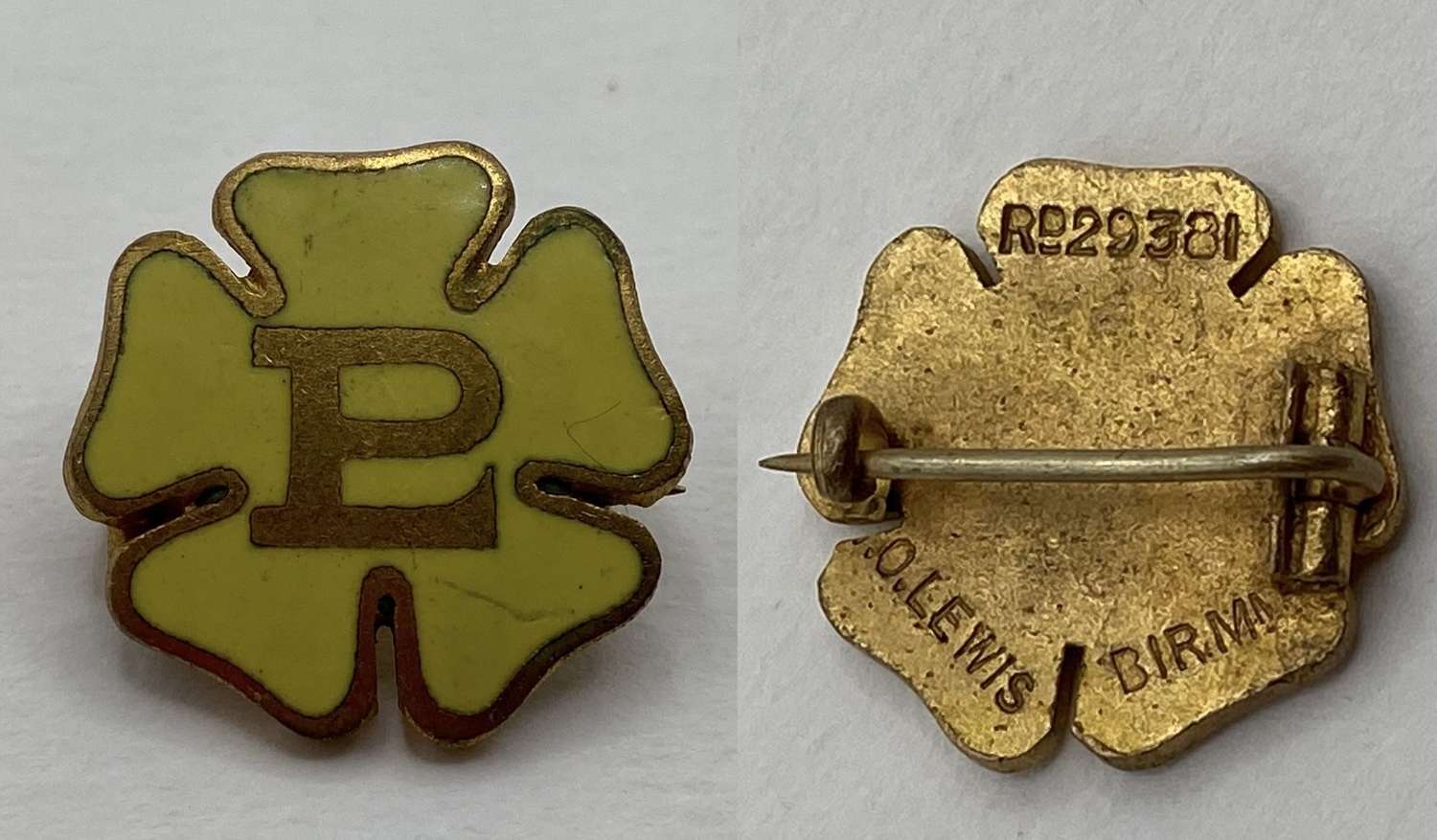 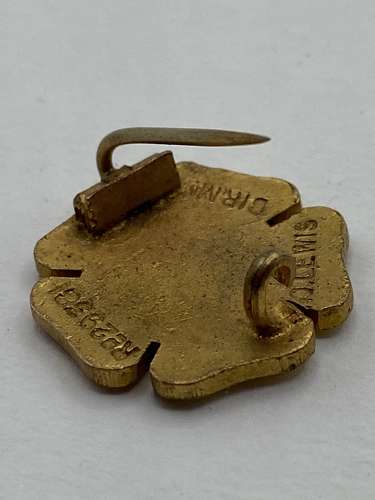 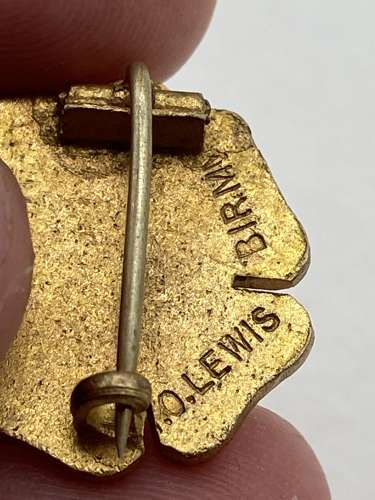 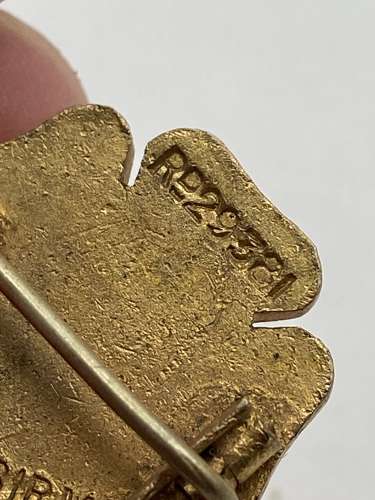 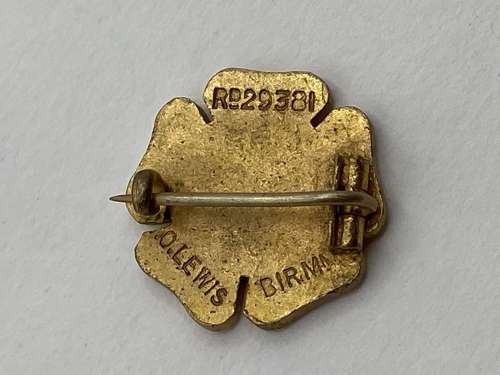 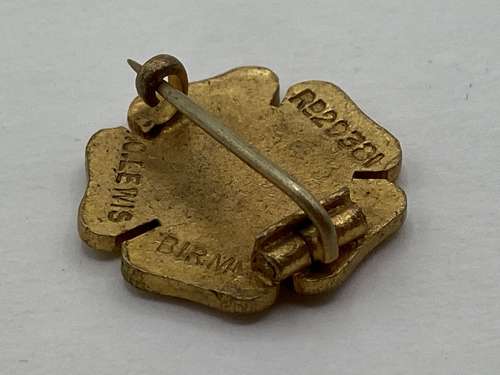 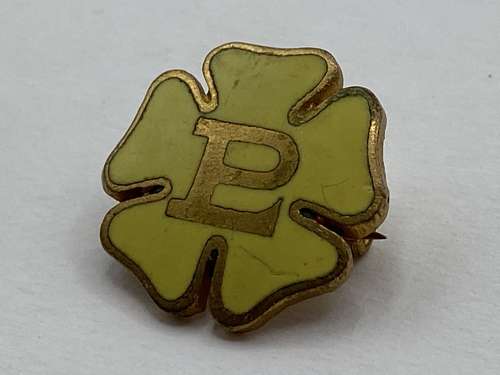 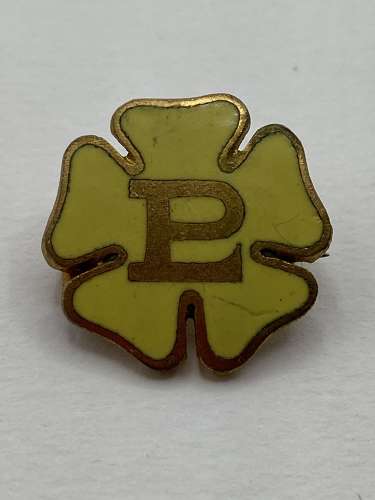 For sale is a WW2 British Home Front Primrose League Official members pin Badge. The badge back petals are marked “w.o.Lewis b’ham reg 29381”. That badge is in great condition, and dated to the 1930s to 1940s.

More history of the primrose league:

Primrose League (PL) membership badges. Men were known as ‘Knights’ and the ladies’ as Dames. Other PL members were known as Associates and their badges are the plain primrose with yellow enamel and PL monogram, as above. Men’s and ladies’ membership badges were similar but differed in the type of clasp used; ‘buttonhole’ for men and pin-brooch style for the women’s. The primrose flower was selected as the PL’s emblem because it was reputed to have been Benjamin Disraeli’s favourite flower. The motto ‘Imperium et Libertas’ (Empire & Liberty) features on many of the PL's badges and insignia.

The Primrose League (PL) was founded in 1883 by Lord Randolph Churchill (father of Winston Churchill) in memory of Lord Beaconsfield (Benjamin Disraeli), who died in 1881. Initially called the Primrose Tory League, the word ‘Tory’ was later dropped and remained as the Primrose League until its disbandment. The PL advocated and supported Conservative political party values and provided invaluable help during election campaigns. By the late Victorian and Edwardian periods, the PL was the largest and one of the most influential groups affiliated to any political party at the time. However, after WW1 their activities and influence waned and towards the end of the 20th century the PL's role was superseded by the Conservative Central Office. In 2004 the Primrose League were officially disbanded.

The original structure and hierarchy of the PL was influenced by the Orange Order, Masonic and Friendly Societies. The PL had their own hierarchy structure and insignia that included a wide range of badges and medals. Religion was no bar to membership, provided those members supported the principals of the Conservative Party. Membership was opened to women after 1885 and who formed the Ladies’ Grand Council with separate branches within the PL. Their numbers were very large, influential and who formed the Anti-Women’s Suffragette movement. A junior PL was formed whose members were generally known as the ‘Primrose Buds’. The Primrose Buds were disbanded in 1956 probably due to the rising influence of two junior conservative support groups, namely the Junior Imperial League and the Young Britons.

This badge will be sent via 1st class signed for and dispatched within two working days.