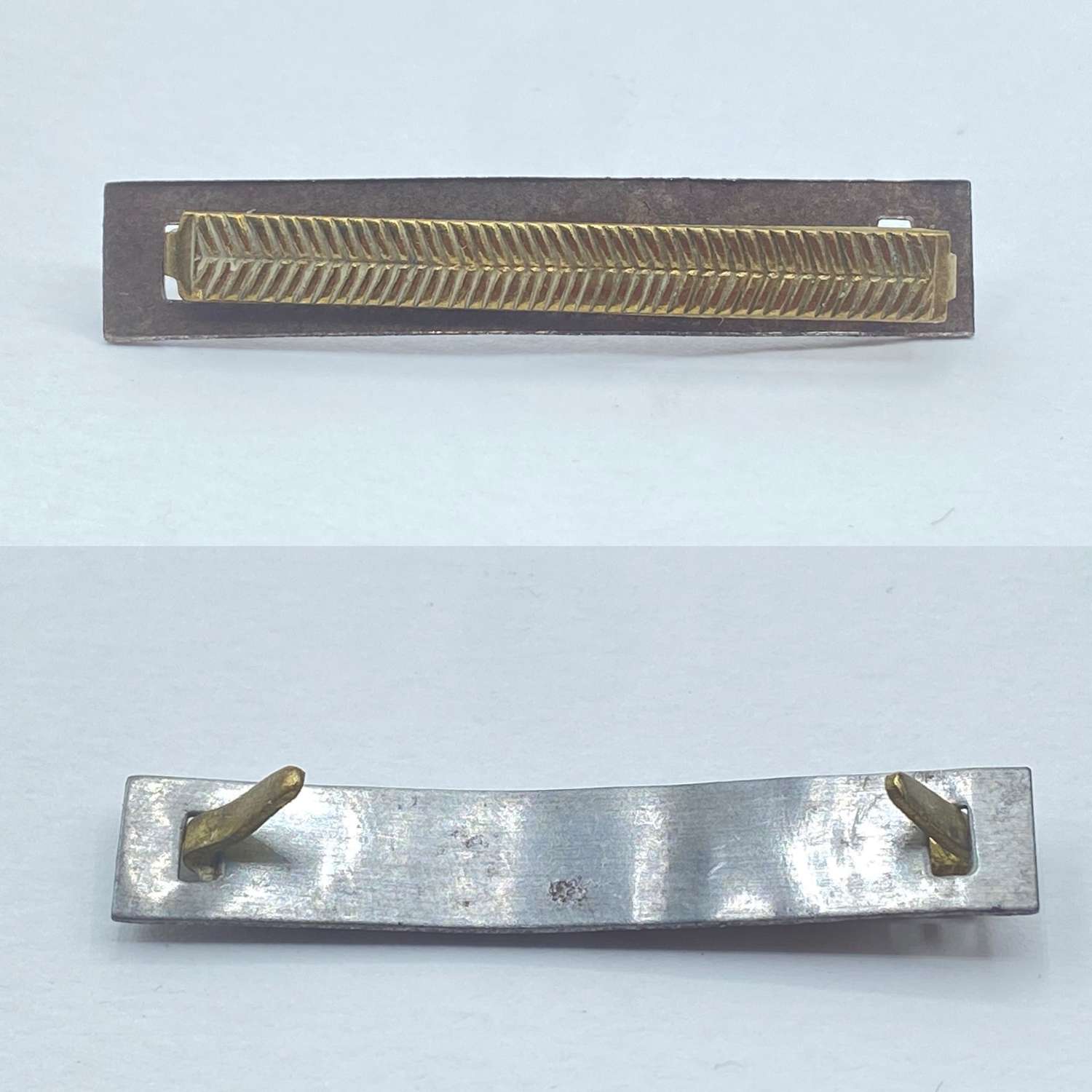 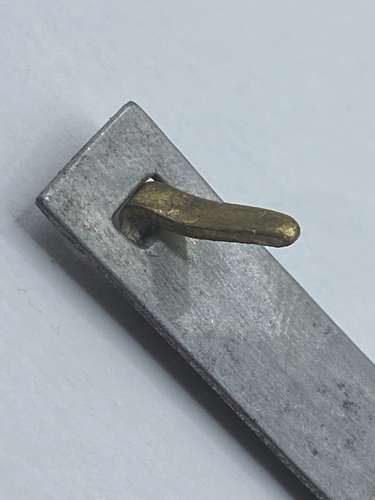 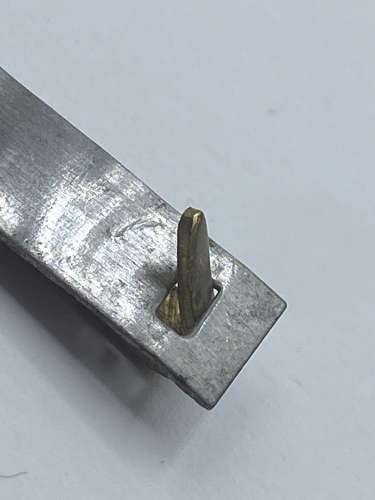 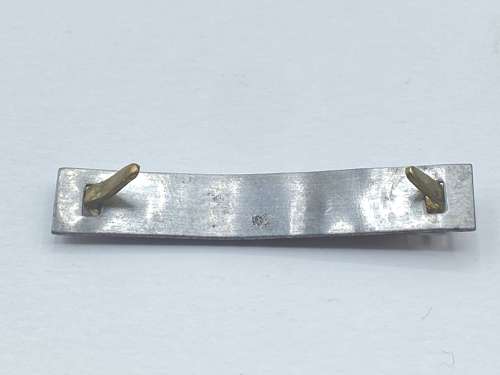 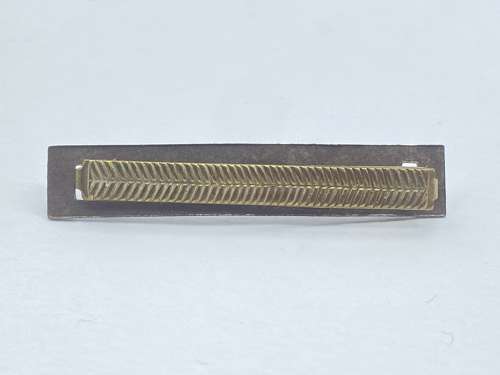 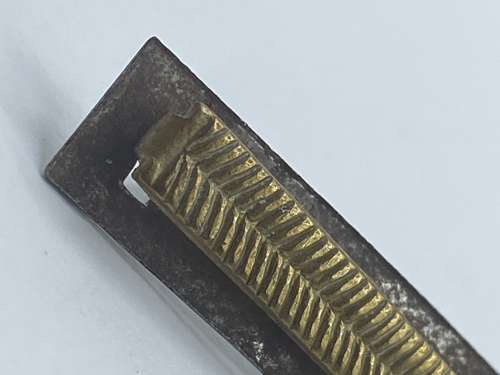 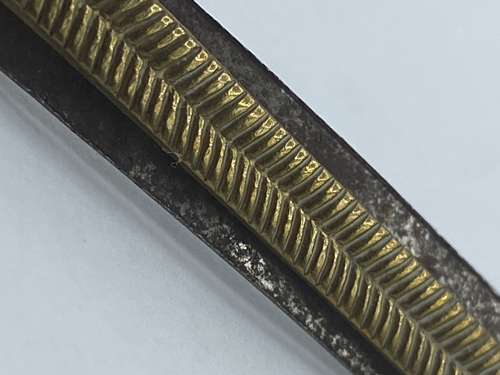 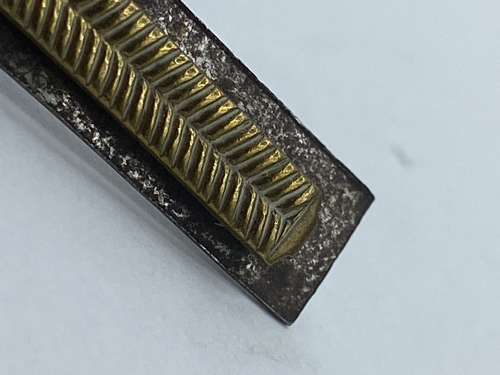 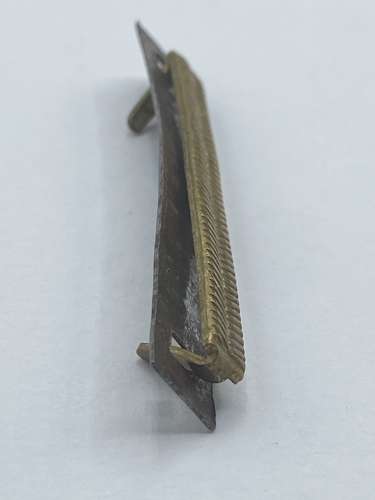 £30.00 Approx $36.99, €35.42, £30
(1 in stock)
Qty
For sale is an original WW2 Canadian Brass wound stripe with metal backing plate, and the 2 folding tangs to the reverse still in tact. This is in good condition.
First World War veterans serving in the Active Army were prevented from wearing their 1914-1918 wound stipes, with the exception of members of the Veterans Guard, in 1941. Orders in 1942, as well as the War Dress Regulations in 1943, abolished the wearing of wound stripes by members of the Veterans Guard also.
Special recognition for injured soldiers in the Second World War was not implemented until 1944, when orders advised that "His Majesty the King has been graciously pleased to approve the institution of Wound Stripes," The stripes were not to be considered a reward, and posthumous issues would not be made. Each occasion in which a soldier was wounded or injured, subject to certain conditions, entitled the soldier to a gold stripe of russia braid 1-1/2 inches long. Personnel wounded in prevrious Wars, regardless of how many times, were entitled to wear a single red rayon stripe. All stripes were worn vertically on the left forearm, the lower end of the first stripe 4 inches from the bottom of the sleeve or immediately above the cuff, midway between the seams on the outer side of the sleeve. Additional gold stripes were worn at half inch intervals in front of the first gold stripe. The red stripe, if worn, was to be placed behind the first gold stripe. The stripes were not to be worn on greatcoats or raincoats.
This will be sent via Royal Mail 1st class signed for and dispatched within two working days.