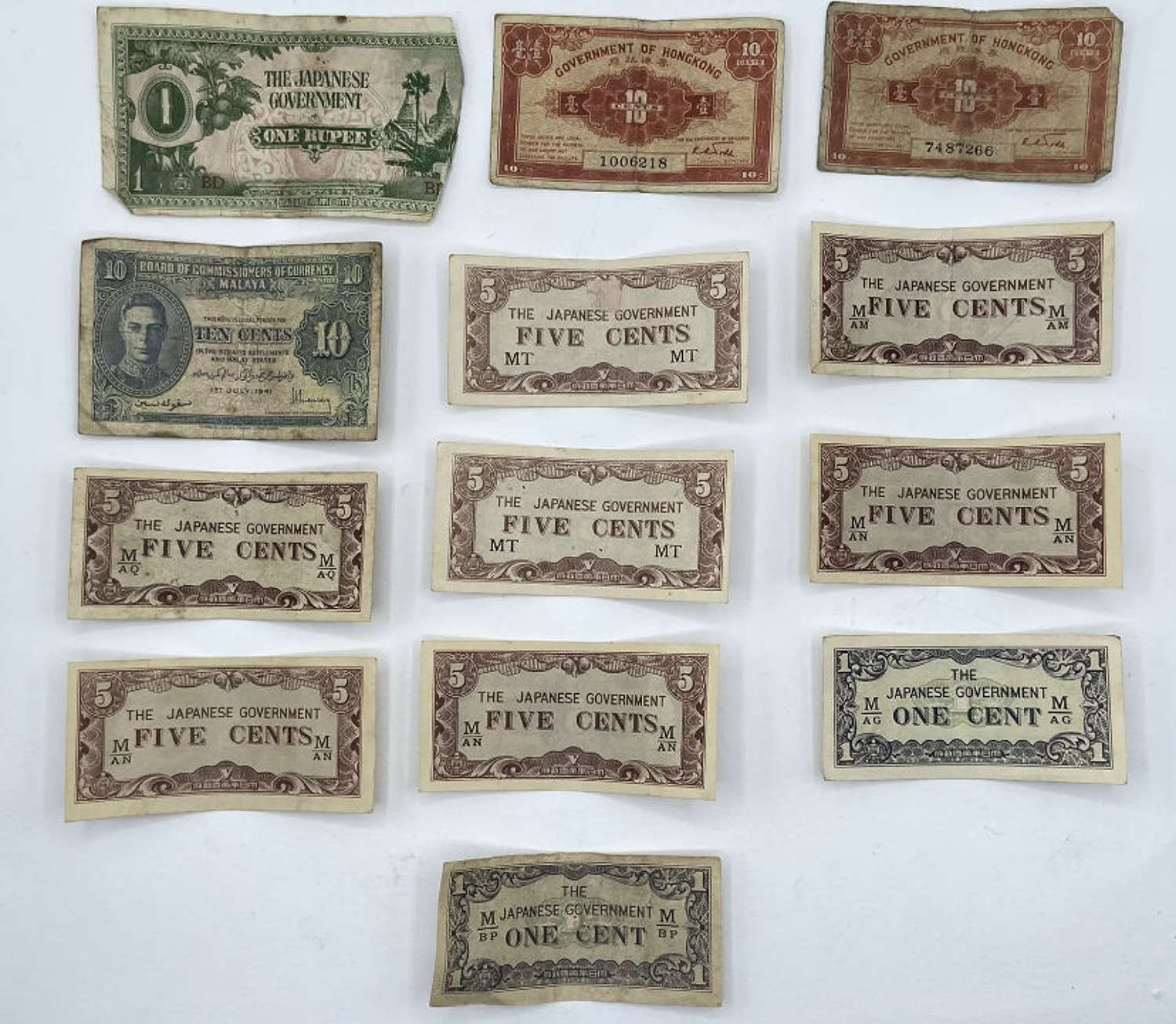 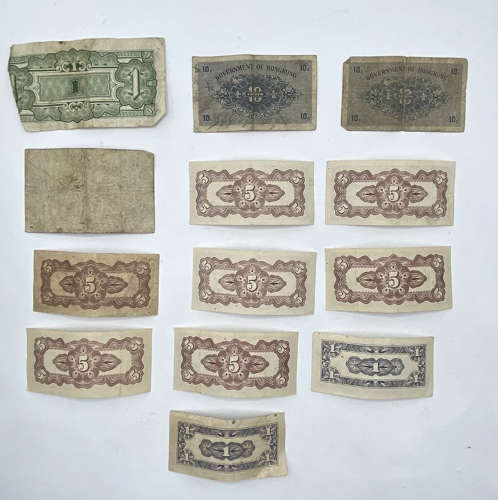 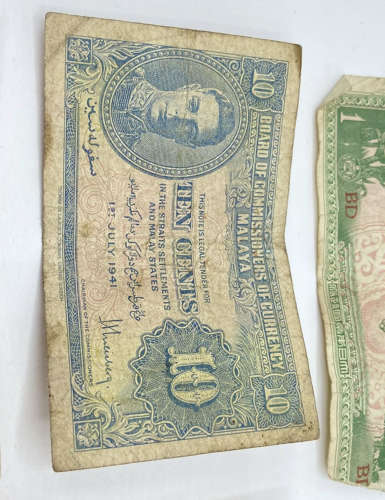 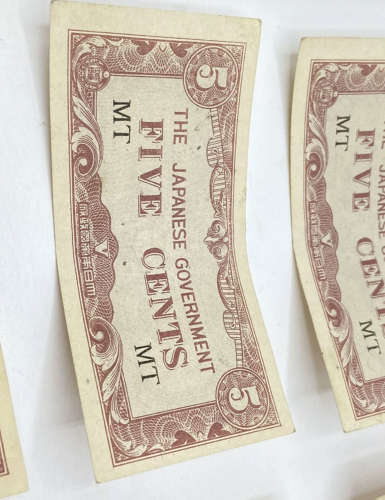 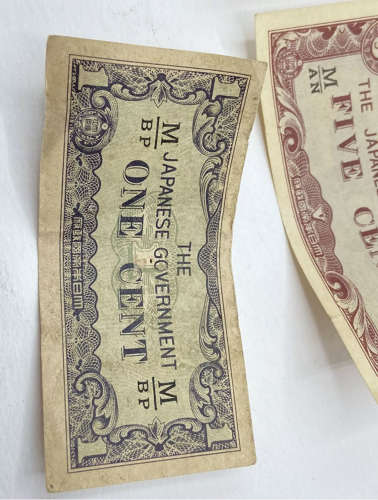 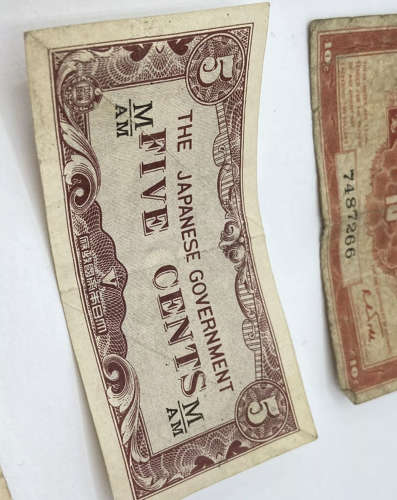 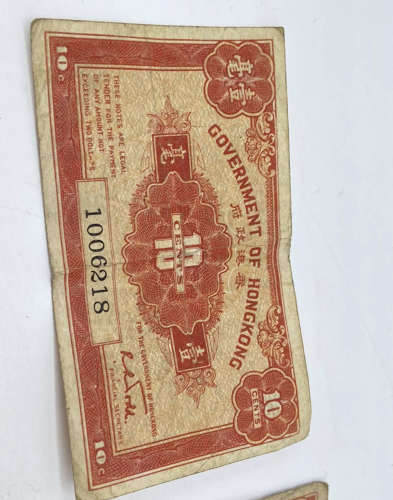 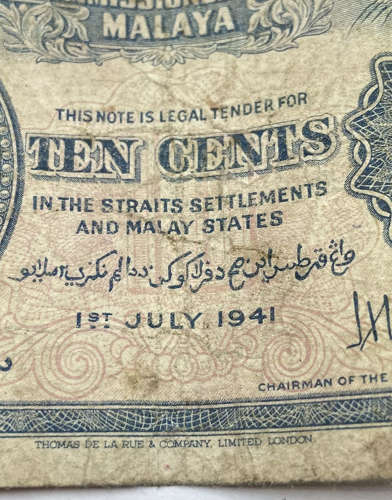 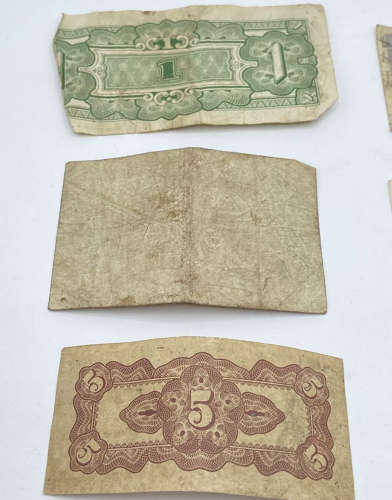 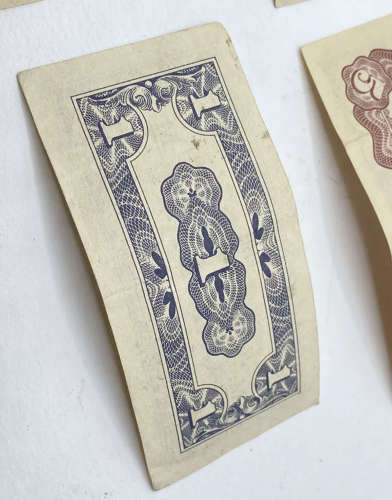 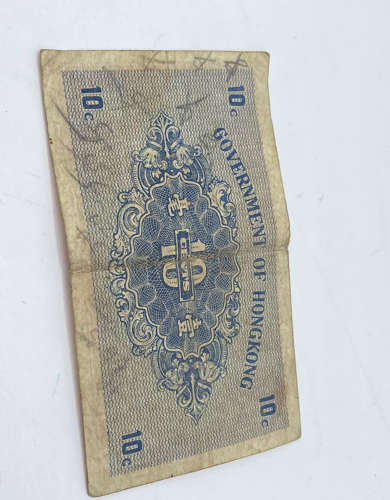 For sale is a Lot of 13 WW2 British Occupation Notes including the following:

1. One 10 Cents Board of commissioners of currency Malaya first of July 1941. Featuring King George VI Bust. (In good condition but worn).

5. One ww2 One rupee the Japanese government green note (missing 1/3 of the right hand side of the note).

This is a rare collection of ww2 period occupation notes. There are 13 notes all together, 5 different types and of varying condition please see photos for more details. This will be sent via Royal Mail 1st class signed for and dispatched within two working days.