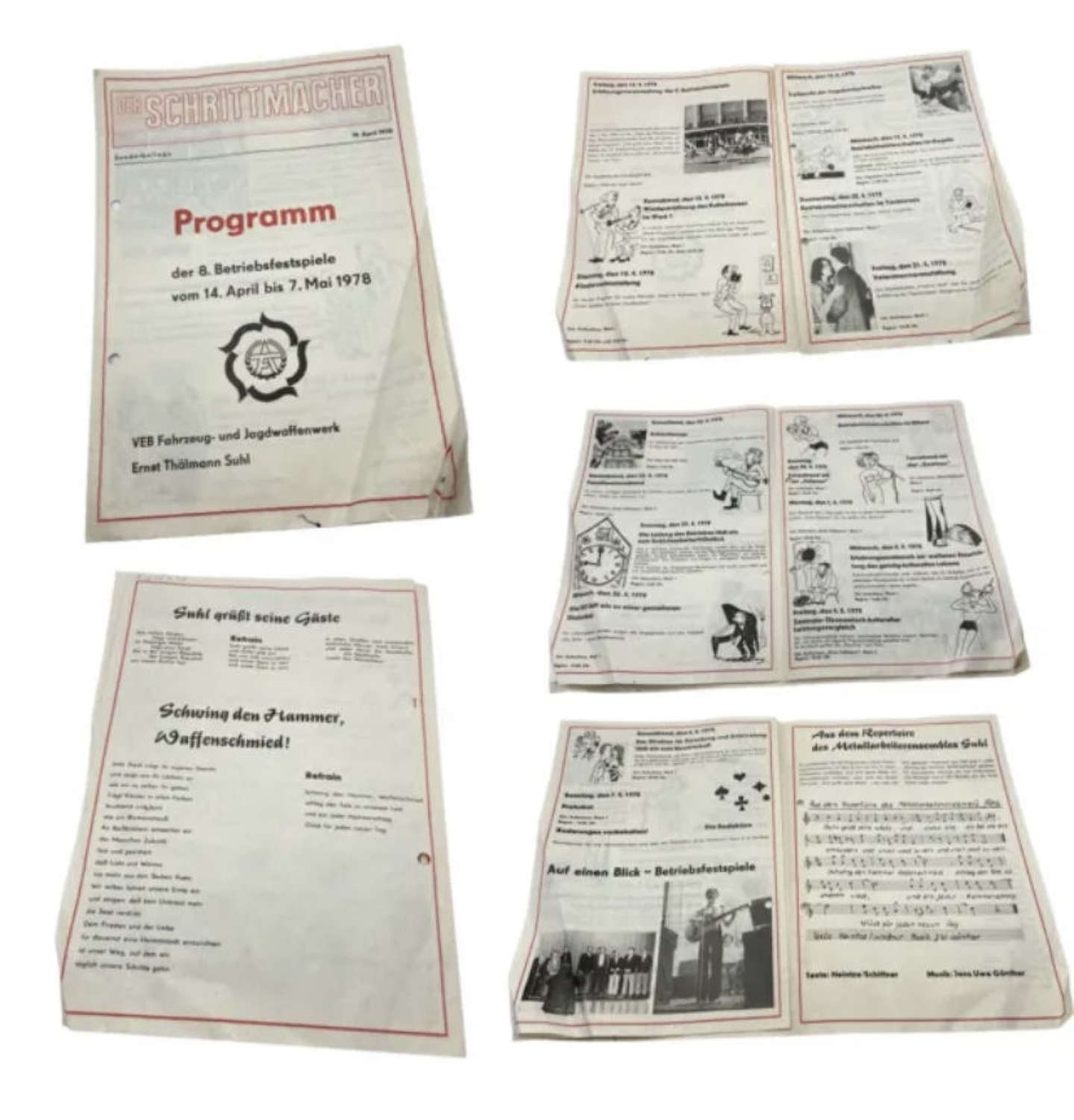 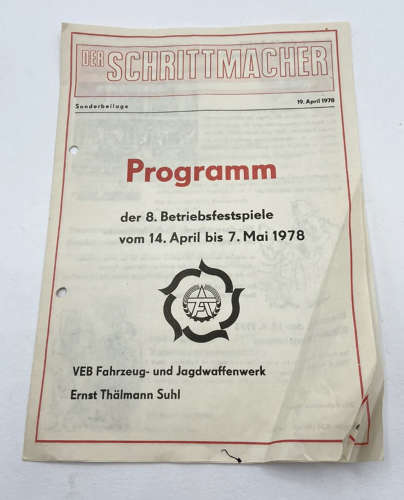 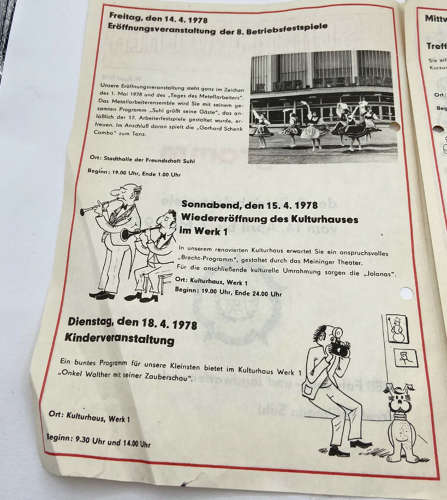 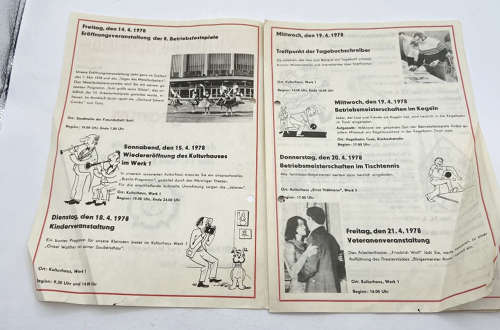 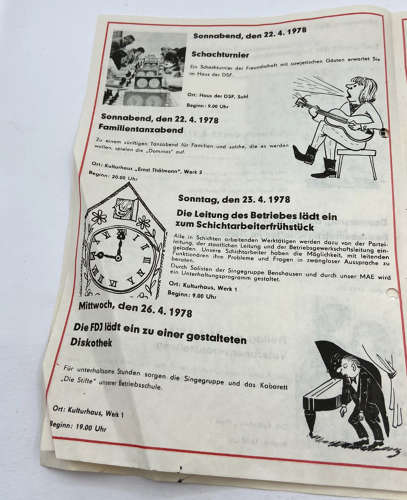 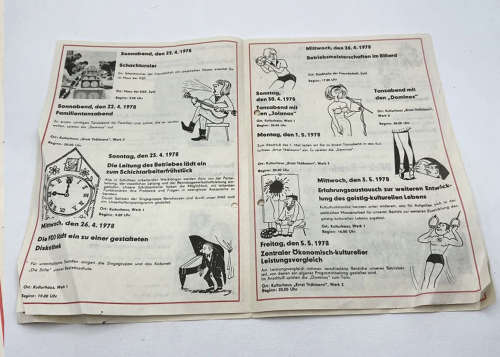 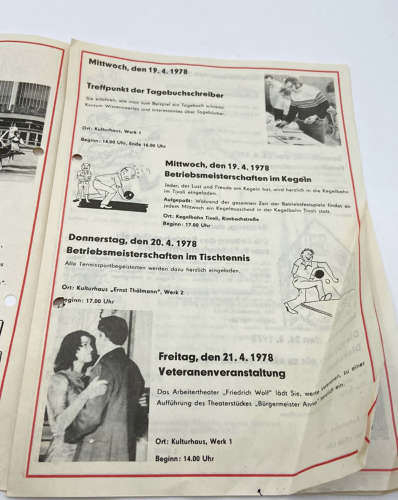 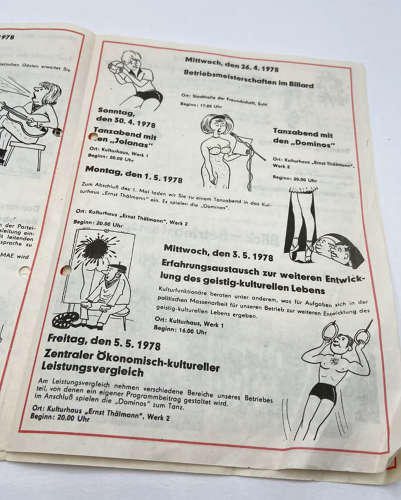 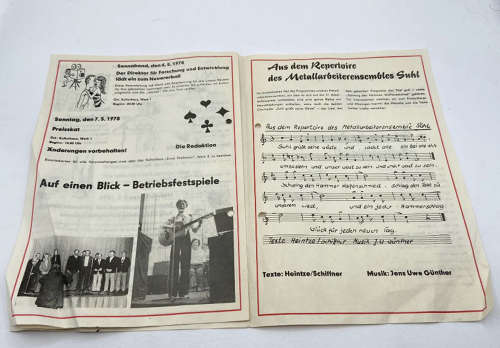 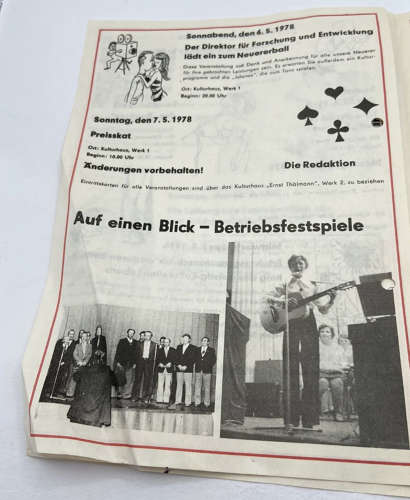 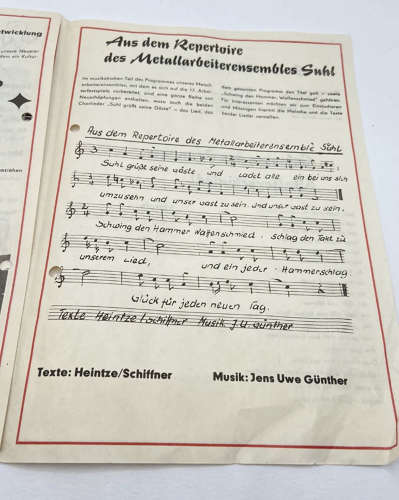 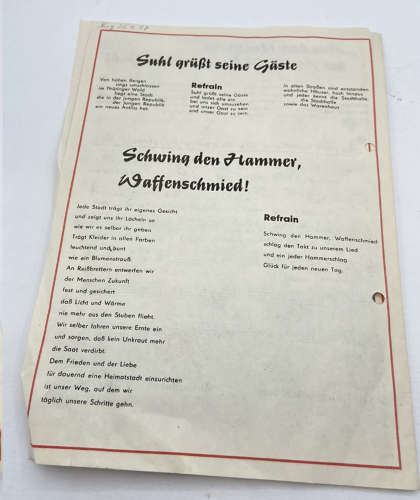 For sale is a Post WW2 German VEB DDR Motorcycles And Fire-Arms Festival Programme 1978 that was based in Suhl Germany.

The programme is titled: “THE PACER 19. April 1978 special supplement program the 8th Company Festival from April 14 to May 7, 1978 VEB vehicle and hunting-weapons factory Ernst Thalmann Suhl.”

Suhl was first mentioned in 1318 and stayed a small mining and metalworking town, until industrialization broke through in late 19th century and Suhl became a centre of Germany's arms production, specialized on rifles-and-guns with companies such as Sauer & Sohn. Furthermore, the engineering industry was based in Suhl with Simson, a famous car and moped producer. In 1952, Suhl became one of East Germany's 14 district capitals, which led to a government-directed period of urban growth and conversion. Its results – a typical 1960s concrete architecture-marked city centre – are defining to the present. With the loss of its administrative and industrial functions, Suhl saw a lasting period of urban decline starting in 1990. Suhl is known for its sportsmen, especially in shooting, winter sports, and volleyball.

This programme shows all the events that were happening over the course of this festival, this programme is a great cultural and social insight into life on the east side of Germany under soviet control.