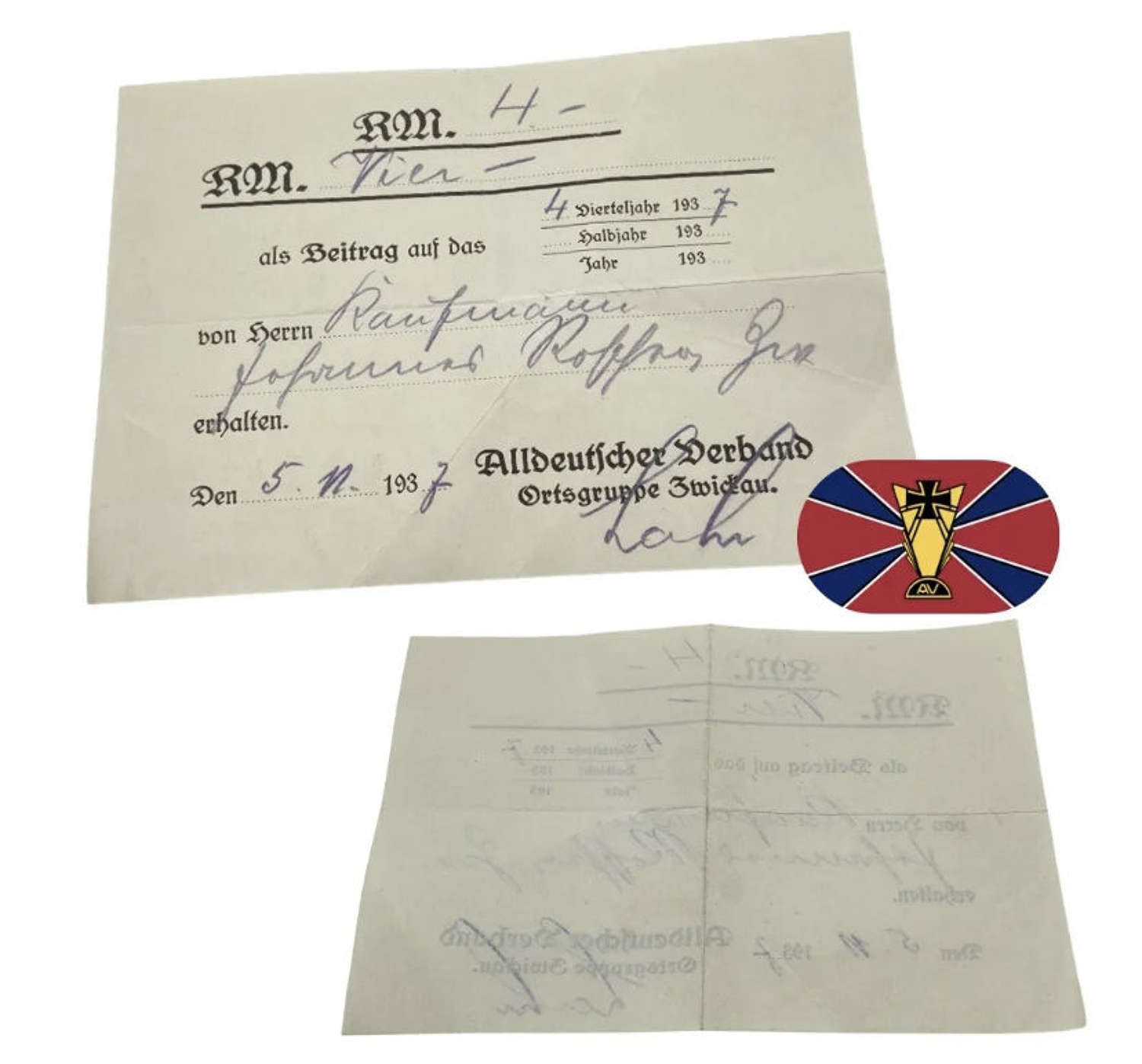 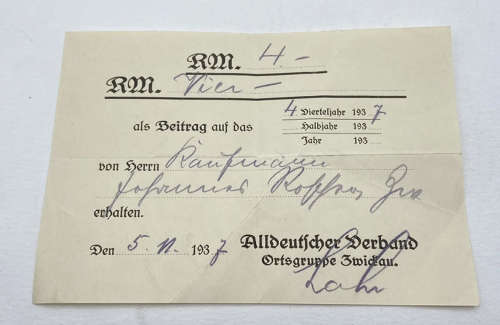 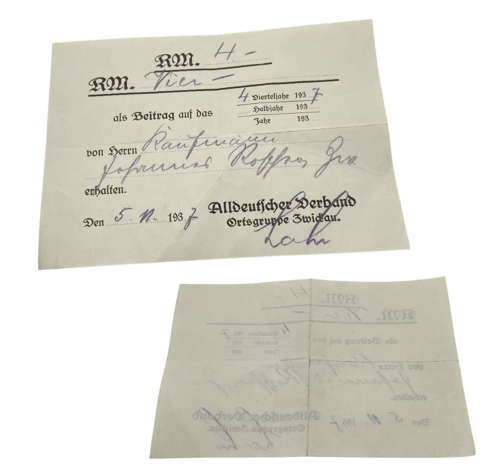 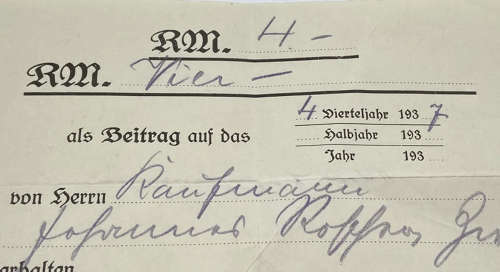 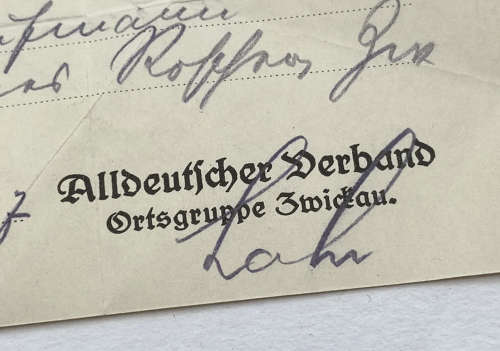 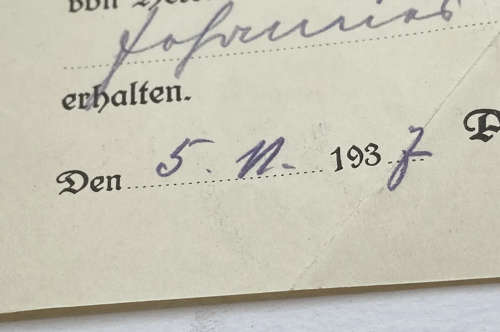 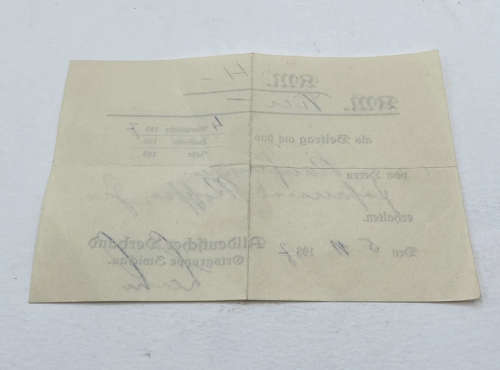 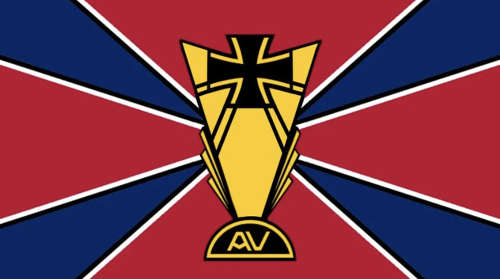 History and about the party:

In the German Revolution 1918/1919, the ADV supported the Free Corps, which crushed the Sparacuse Uprising in Berlin in 1919, the Munich Council Republic in 1919 and the March Uprising in the Ruhr area in 1920. However, Claß distanced himself from the Kapp coup, which he considered poorly prepared because he feared legal consequences for the association. He briefly set hopes in Georg Escherich and his organization, but then founded the North German Order Block (NOB) himself on the model of the Bavarian Order Block, to which the AV was affiliated, in order to establish his own paramilitary associations. However, the NOB was dissolved by the Berlin police president immediately after its registration in October 1920, so that the All-Germans remained far from having their own armed forces.

The 'Bamberg Declaration' of the 16th February 1919 committed the ADV to the restoration of pre-war relations, both politically and territorially. In August 1919, there was an amendment to the statutes that reflected the Bamberg Declaration: restoration of the empire, construction of a strong army, recovery of the lost territories, racial development of the German people, exclusion-of-Jews from the association.

On the 18th February 1919, the German National Protection and Trutz Association was founded at the meeting in Bamberg as a subsidiary or subsidiary organization of the association. The Confederation became the largest ethnic-Antisemitic/mass organization in the early Weimar Republic. The Protection and Trutzbund agitated against the Weimar Republic, supported-attacks on its proponents and had around 180,000 members before its ban, due to the murder of Walther Rathenau, in 1922.

In 1926, there were rumors that Claß and other All-Germans would prepare a coup to forcibly eliminate the Weimar Constitution. After police house searches, a preliminary investigation was opened against Claß on suspicion of preparing a high treason, which was discontinued in October 1927 for lack of evidence.

The All-Germans could no longer gain a noticeable influence on German politics until 1939. Although the association was ideologically close to the-NSDAP,it did not follow it unconditionally. In 1932, there were short-term upsets between theNSDAPand the association when the association was accused of undermining-Hitler's-chancellorship. The All-Germans, on the other hand, accused the National Socialists of revealing the national idea and called on their supporters to support the German National People's Party (DNVP).

After the NSDAP-took-power, the All-Germans were tolerated due to their ideological proximity and finally on the 13th. March 1939 dissolved by Reinhard Heydrich, on the grounds that the association program (namely the unification of all Germans in a Greater Germany) was fulfilled.

In their entire concept, in the demand that the individual German must subordinate himself unconditionally to the people's whole, represented by the state and authorities, the projects of the All-Germans were clearly forerunners and pioneers of National Socialism. Expansion to the east, the conquest of new habitat was not the invention-of-Hitler, the child of the All-Germans (Fritz Fischer), or Himmlers, but were outlined by the All-Germans.

This Alldeutscher Verband donation receipt is in good condition, guaranteed original or money back. This will be sent via 1st class signed for and dispatched within two working days.