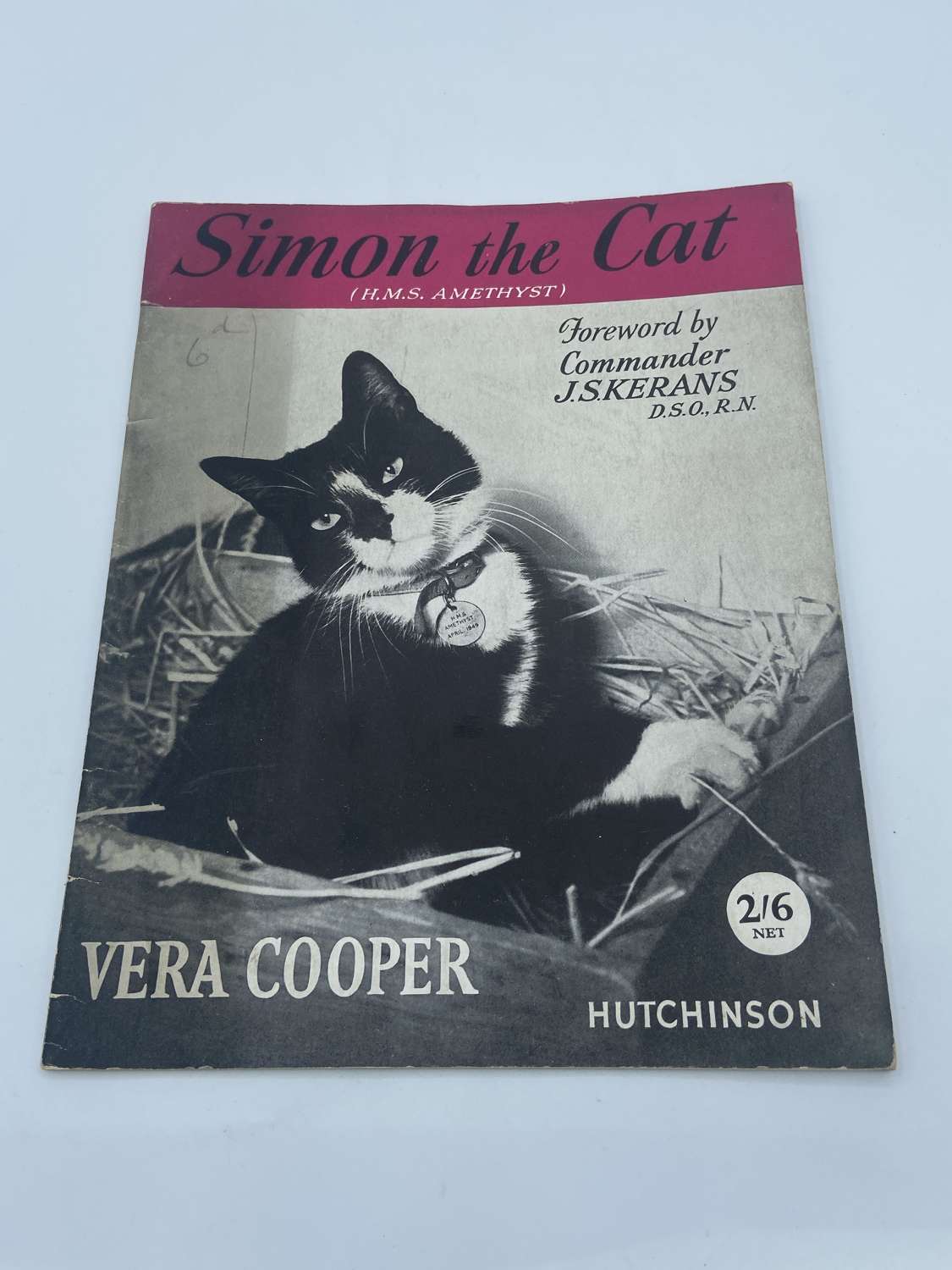 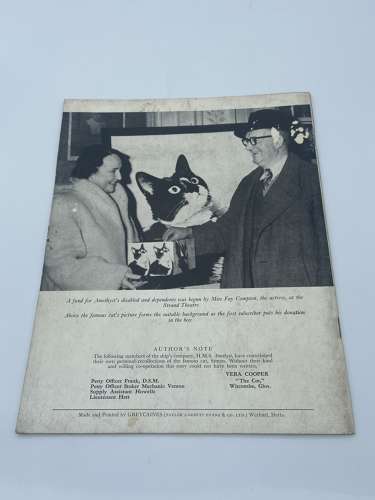 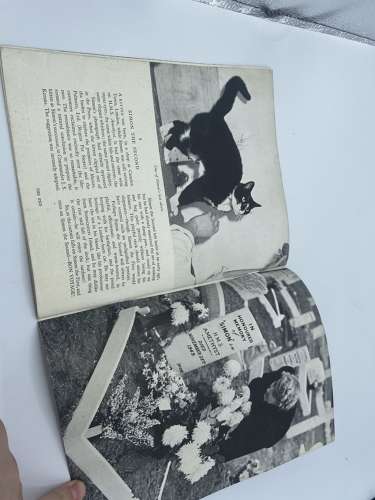 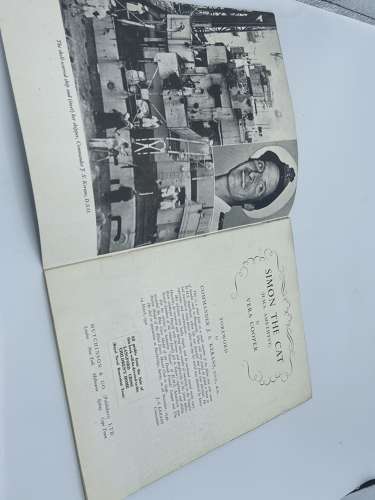 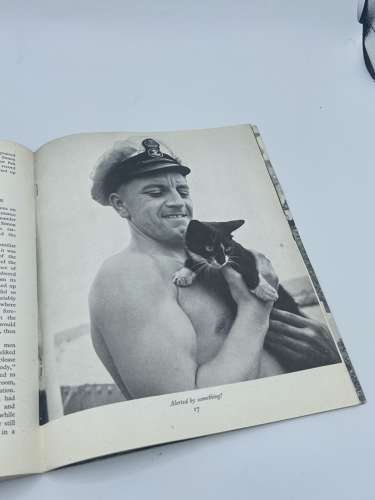 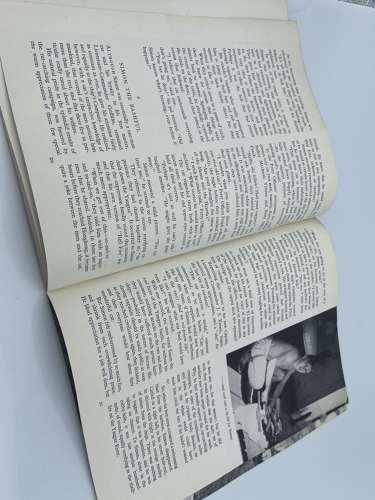 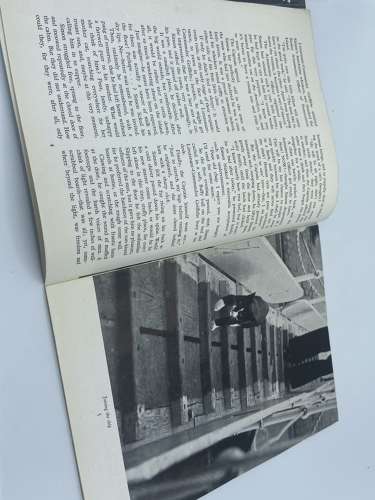 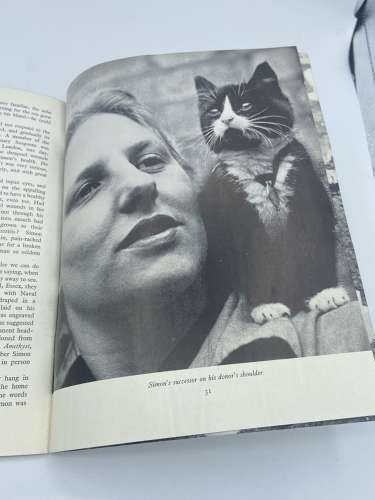 For sale is a post WW2 1949 Simon The Car & HMS Amethyst Dickens Medal Magazine. Which commemorates the life and death of Simon the cat. Simon (c. 1947 – 28 November 1949) was a ship's cat who served on the Royal Navy sloop-of-war HMS Amethyst. In 1949, during the Yangtze Incident, he received the PDSA's Dickin Medal after surviving injuries from a cannon shell, raising morale, and killing off a rat infestation during his service.

FOREWORD by COMMANDER J. S. KERANS, D.S.o., R.N. This is a short book on a small member of the feline race who came of humble stock in Hong Kong. When still very young he found a home in H.M.S. Amethyst, where life was peaceful and food was plentiful. He had traveled to many places when one day his world was shattered by heavy explosions and reverberations. His whiskers were badly singed, and he sustained several nasty scars. However, he recovered and during many months of inactivity in the Yangtse River conducted himself with decorum and perspicacity in his feline duties. Several members of the rodent family fell to Simon's vigilance and ability. For his services to humanity "Simon 'of HMS Amethyst was awarded the Blue Cross Medal of our Dumb Friends' League and The Dickin Medal of the Allied Forces Mascot Club in 1949. He died in quarantine at Hackbridge, Surrey, on November 28, 1949 14 March, 1950 JS KERANS Commander All profits from the Sale of this book will be devoted to the LANGFORD CROSS CHILDREN'S HOME (Royal Naval Benevolent Trust) HUTCHINS ON & CO. (Publishers) LTD London New York Melbourne Sydney Cape Town

In great condition. These are guaranteed original or money back guaranteed. These will be sent via 1st class signed for and dispatched within two to three working day’s.