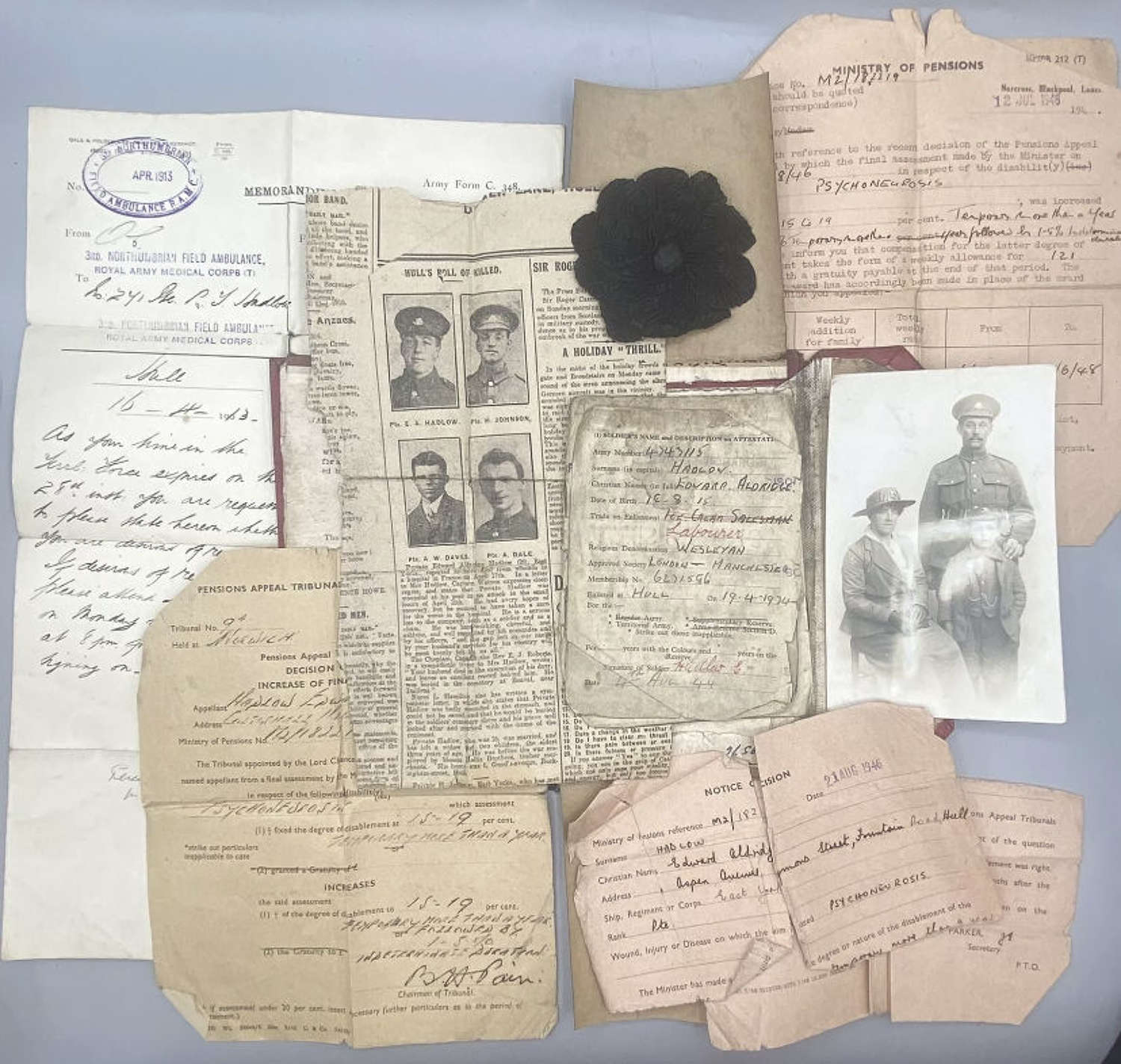 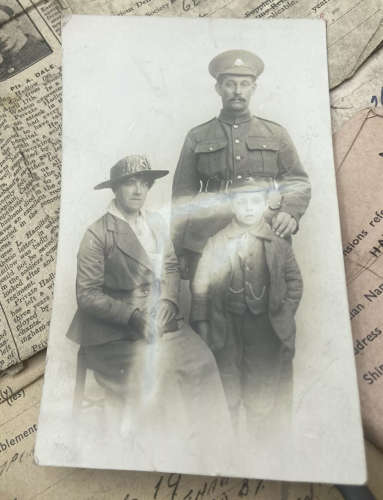 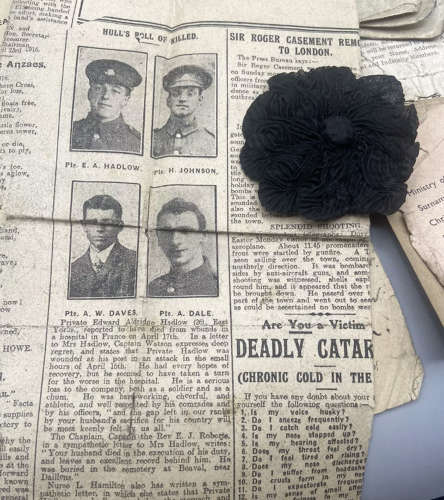 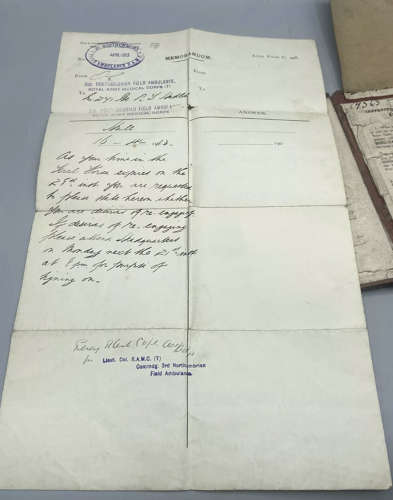 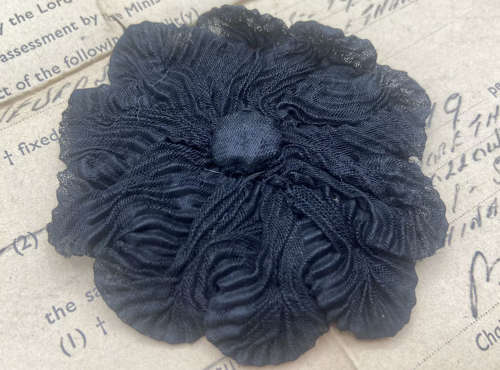 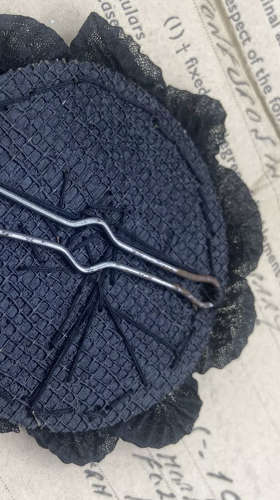 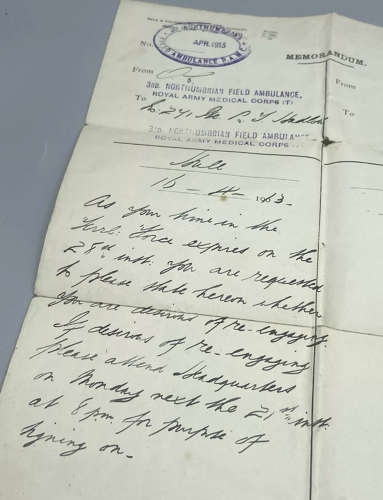 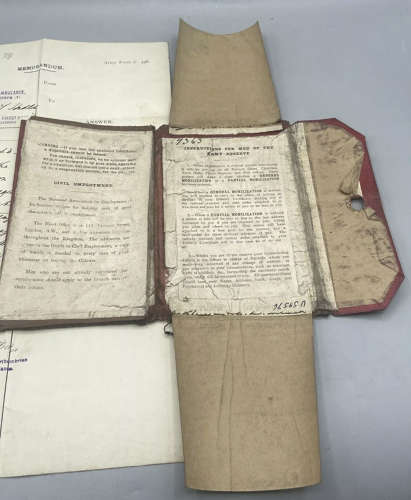 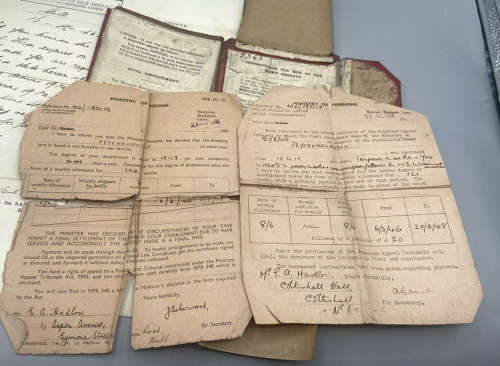 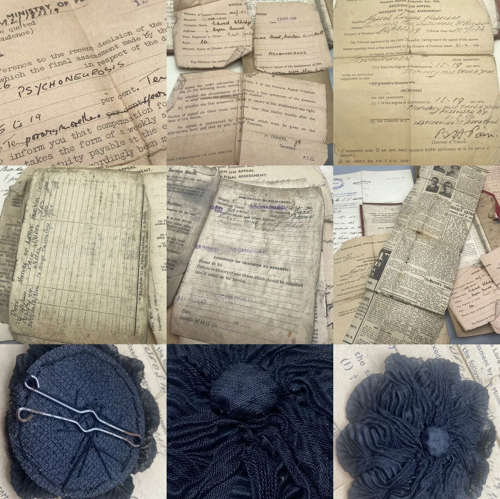 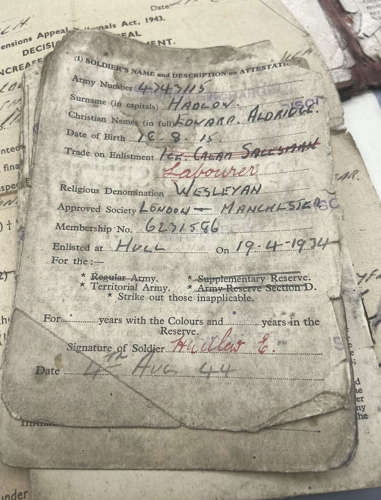 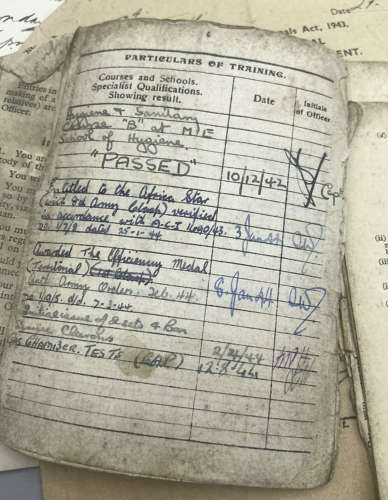 For sale is an interesting military grouping from a farther and son. The farther served with the royal army medical corps during the Great War serving in the 3rd Northumbrian field ambulance. 3rd Northumbrian FA raised in Hull supported 150(York & Durham) Brigade. Included in this document lot is the farther portrait with family (including a young boy which is the soldier who thought during Ww2 and was killed in action). Also a memorandum letter dated April 1913 and signed by

Lieutenant colonial R.A.M.C Command 3rd Northumbrian field ambulance.The farther details are 272 Pte P.J. Hadlow. RAMC whom was entitled to the victory medal, war medal and 1914-15 star. Unfortunately these medals have not come with this paperwork.

The Field Ambulance was a mobile front line medical unit (it was not a vehicle), manned by troops of the Royal Army Medical Corps. Most Field Ambulances came under command of a Division, and each had special responsibility for the care of casualties of one of the Brigades of the Division. The theoretical capacity of the Field Ambulance was 150 casualties, but in battle many would need to deal with very much greater numbers. The Field Ambulance was responsible for establishing and operating a number of points along the casualty evacuation chain, from the Bearer Relay Posts which were up to 600 yards behind the Regimental Aid Posts in the front line, taking casualties rearwards through an Advanced Dressing Station (ADS) to the Main Dressing Station (MDS). It also provided a Walking Wounded Collecting Station, as well as various rest areas and local sick rooms. The Field Ambulances would usually establish 1 ADS per Brigade, and 1 MDS for the Division.

The son named 4343115 Edward Aldridge Hadlow born 18.8.1915, served in East Yorkshire regiment. He was entitled to an war and defence medal, 8th army bar & Africa star, territorial efficiency medal, and four chevrons. Edward signed up 19.04.1934 in hull, serving with the east York’s until his death in 1944 April 16th. In this document lot it contains a newspaper clipping with his photograph and details of death. The newspaper states: “Private Edward Aldridge Hadlow (26) east York’s reported to have died from wounds in a hospital in France on April 17th. In a letter to Mrs Hadlow, captain Watson expresses his deepest regret and states that private Hadlow was wounded at his post in an attack in the small hours of April 16th. He had every hopes for recovery but he seemed to have taken a turn for the worst in the hospital. He is a serious loss for the company both as a soldier and a chum he was hard working and cheerful and athletic and well respected by his comrades and by his officers, and the gap left in our ranks by your husbands sacrifice for his country will be most kindly be felt by all of us”. The newspaper further down then goes on to say “Private Hadlow, who was 26, was married, and has left a widow and two children, the eldest three years of age. He was before the war em ployed by Messrs Hollis Brothers, timber iner chants. His home was 6, Good's-avenue, Buck ingham-street, Hull”.

The rest of the documents in this grouping belong to the son, including documents for pension and illness Etc. Which all fit into this war office army red folder/ document. From Edward’s funeral is also a black-mourning-poppy worn by those who attended funeral. This is a nice small document grouping of a farther and struggles through out ww1 and ww2. There’s plenty of research to be done here! The photographs make up part of the description, I will describe the item the best I can and to the best of my knowledge. As the buyer please view the photos carefully before purchasing.Guaranteed original or money back. This will be sent via 1st class signed for if the value is under £60 and anything over will be sent via express 48 Parcelforce or Royal Mail special delivery and dispatched within two to three working day’s. Also happy to post world wide.