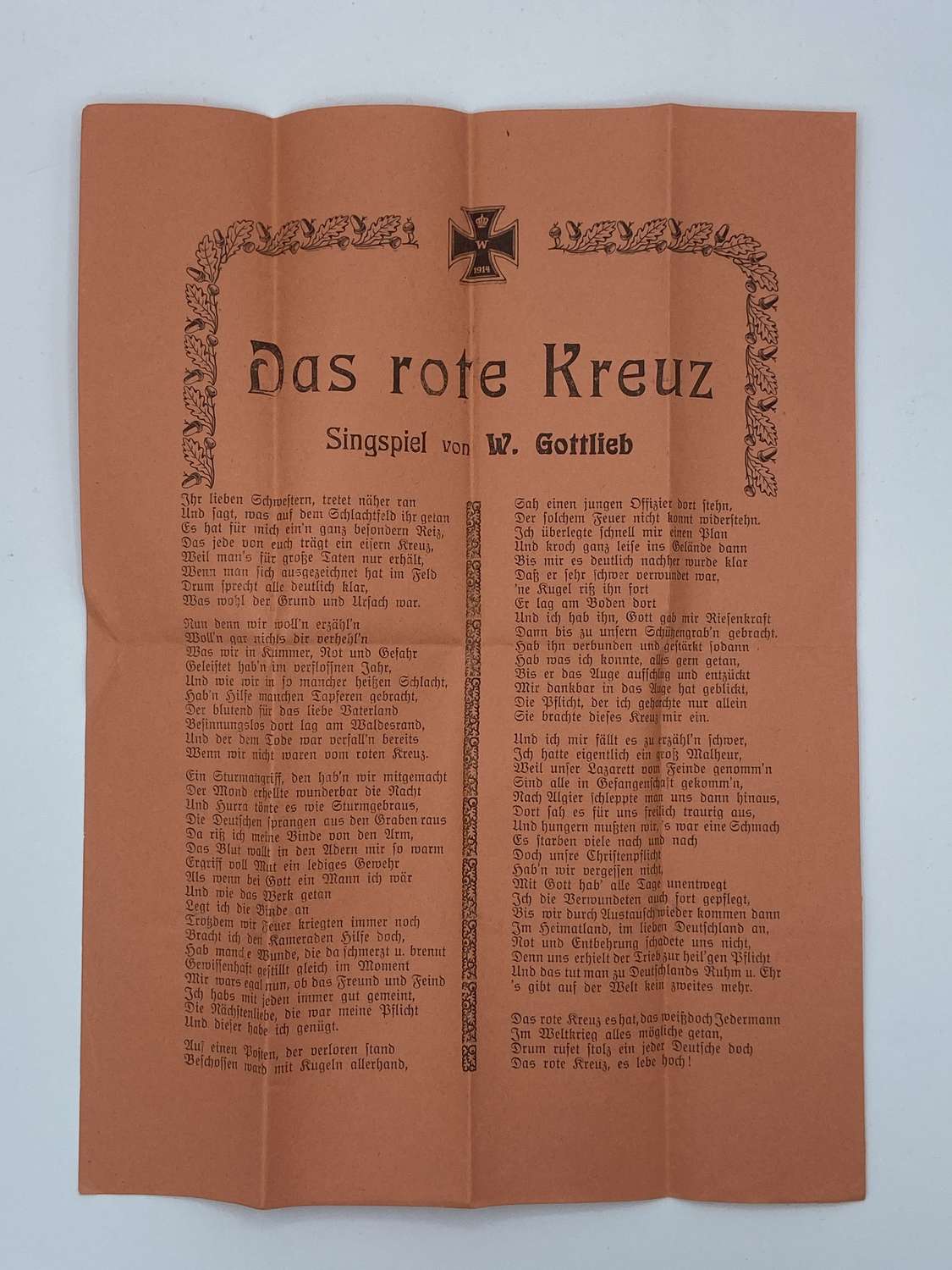 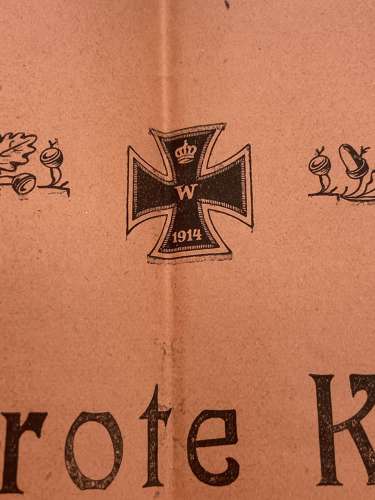 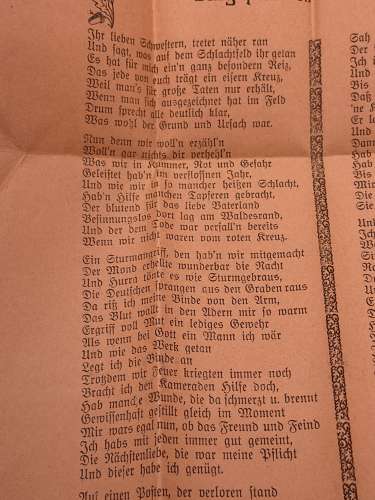 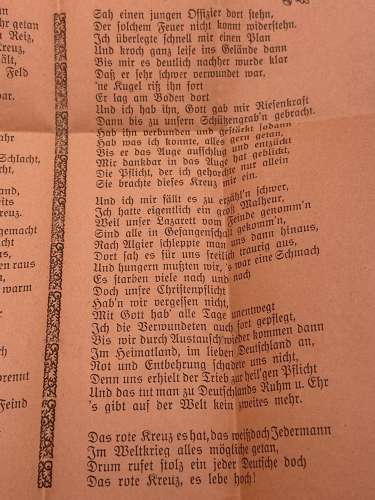 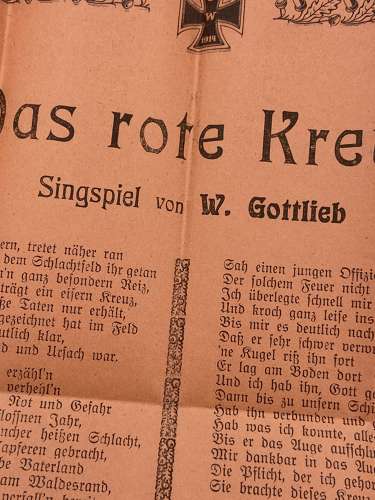 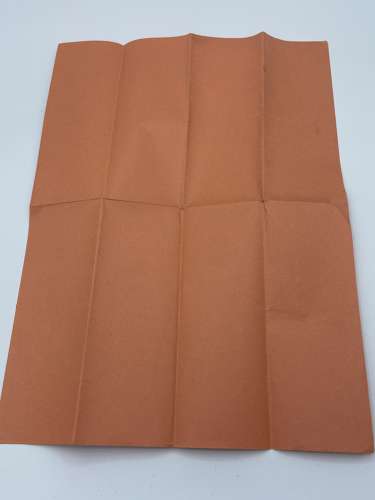 SOLD
For sale is a WW1 German patriotic poster that celebrates and praises everything the Red Cross did for Germany. The condition is stunning as it’s been folded up and left in a book/ box for the past 100 years! The poster talks about one soldiers experience of the great hardships and his Christian beliefs. This is a4 sized. A rough translated copy is below:
“The Red Cross Singspiel by W. Gottlieb
And chase what you've done on the battlefield. Your dear tastes, come closer Feld Drum all speak clearly what was the cause and cause. Well because we don't want to tell you what we have accomplished in climax, hardship and danger in the past year, And how we in many hot battles, have brought help to many brave Who was bleeding for the dear fatherland unconscious there at the edge of the forest, And the one to death had already decayed If we weren't from the Red Cross. We took part in a storm attack. The moon lit up the night wonderfully And hurray it sounded like a storm roar, The Germans jumped out of the ditch a single rifle As if I were a man with God And how the work is done I put the bandage on Trojd when we got fire I still bring my comrades help, I have a wound that hurts and ... burns conscientiously satisfied right at the moment I didn't care whether that was friend or foe. I always meant well with everyone, charity, that was my duty, and that was enough. On a poet who was lost, beſchoſſen mard with all sorts of bullets, Saw a young officer there who could not stand such a fire. I quickly came up with a plan and then crawled very gently into the terrain until it became clear to me afterwards that he was very badly wounded, a bullet tore him away brought to our Shiite grave. I bandaged and strengthened him, then did everything I could with pleasure, Until he opened his eye and looked delighted and gratefully into the eye, The duty that I obeyed only You brought me this cross. And it's hard for me to tell, I actually had a big mishap, Because our hospital was taken by the enemy, We were all taken prisoner, We were then dragged out to Algiers, There it certainly looked sad to us 'And we had to go hungry, it was a disgrace. Many died little by little, But we have not forgotten our Christian duty, With God every day I kept caring for the wounded, Until we came back through an exchange then in the homeland In dear Germany, hardship and privation did not harm us, because we were kept by the urge to sacred duty. Ehr's no longer in the world. Everyone knows that the red cross has done everything possible in the war, so every German proudly calls out the red cross, long live! mo ageurs”
Guaranteed original or money back guaranteed. This will be sent 1st class signed for and dispatched within two to three working day’s.