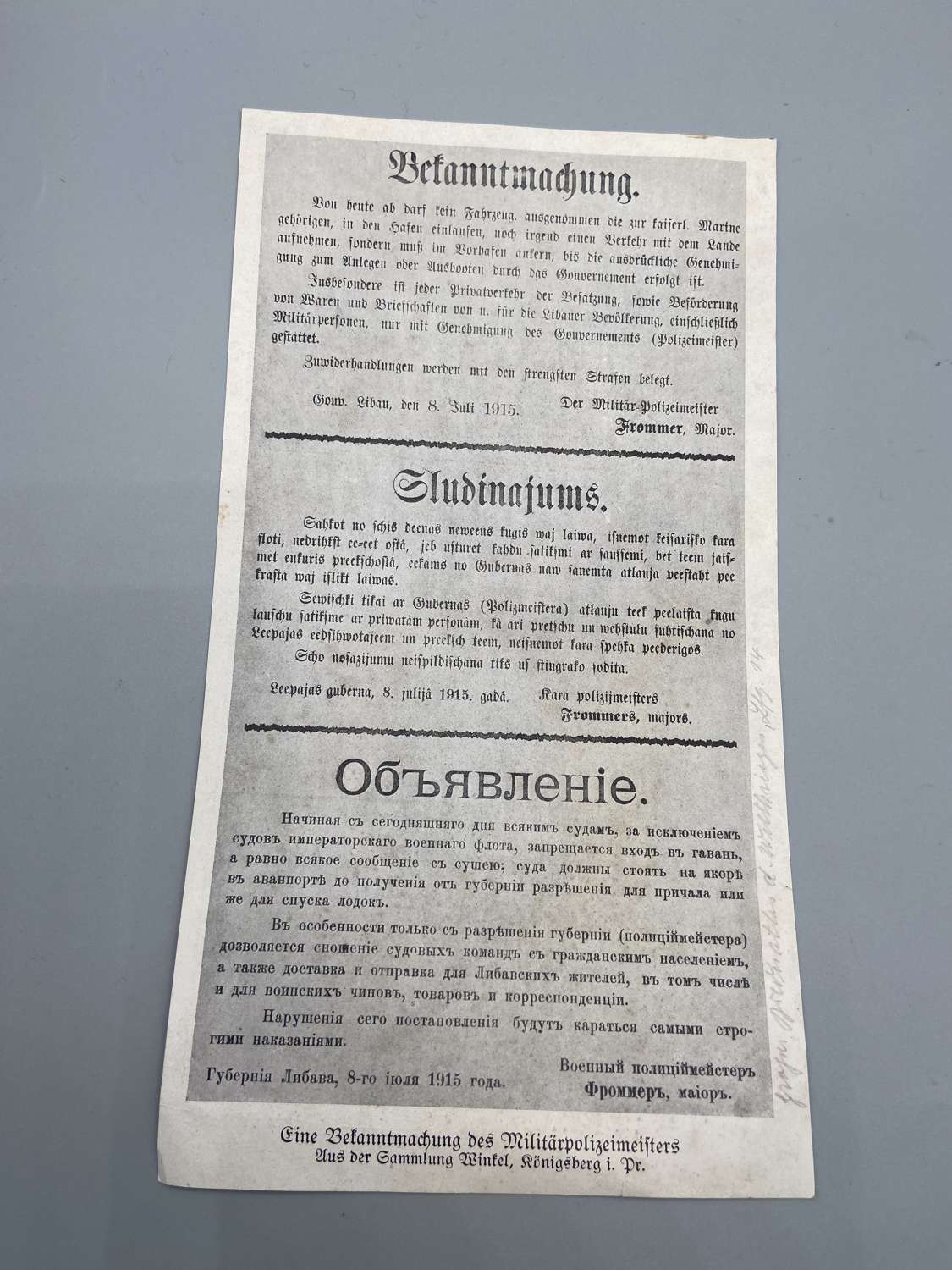 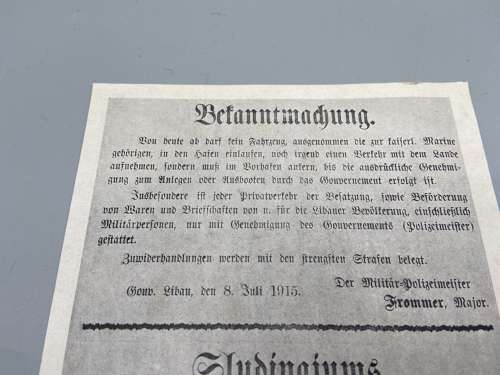 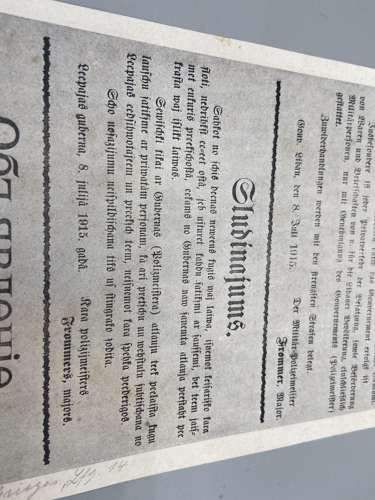 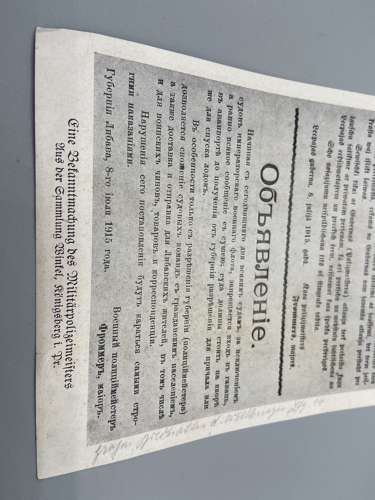 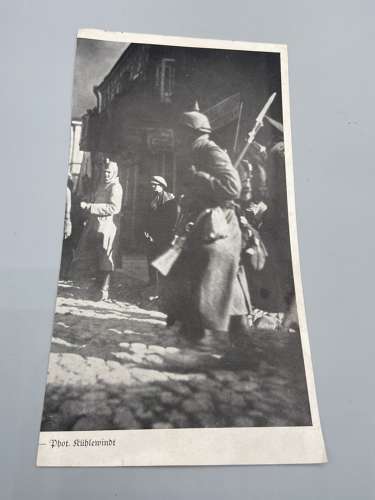 For sale is an original and Rare WW1 Lebanon’s 1915 Military police Notice To German, Russian and Latvian Military Pass , this pass is slit into three sections under the different military languages. The Lebanese military police notice translated to English states:

Announcement. Starting from today, all ships, with the exception of the ships of the imperial navy, are prohibited from entering the harbor, as well as any communication with land; ships must anchor in the outport until they receive permission from the province for a berth or for launching boats. In particular, only with the permission of the province (police chief) is it allowed to send ship commands with civilian population, as well as delivery and dispatch for Libavian residents, including for military officials, goods and correspondence. Violations of this decree will be punished with the most severe punishments. Military police officer of Libava Governorate, July 8, 1915. Frommer, maјor. karaganda al indivi Eine Bekanntmachung des Militärpolizeimeiſters Aus der Sammlung Winkel, Königsberg i. Pr.

This announcement/ notice is an exceptionally rare piece. Guaranteed original or money back. This will be sent first class signed for and dispatched within two to three working day’s.