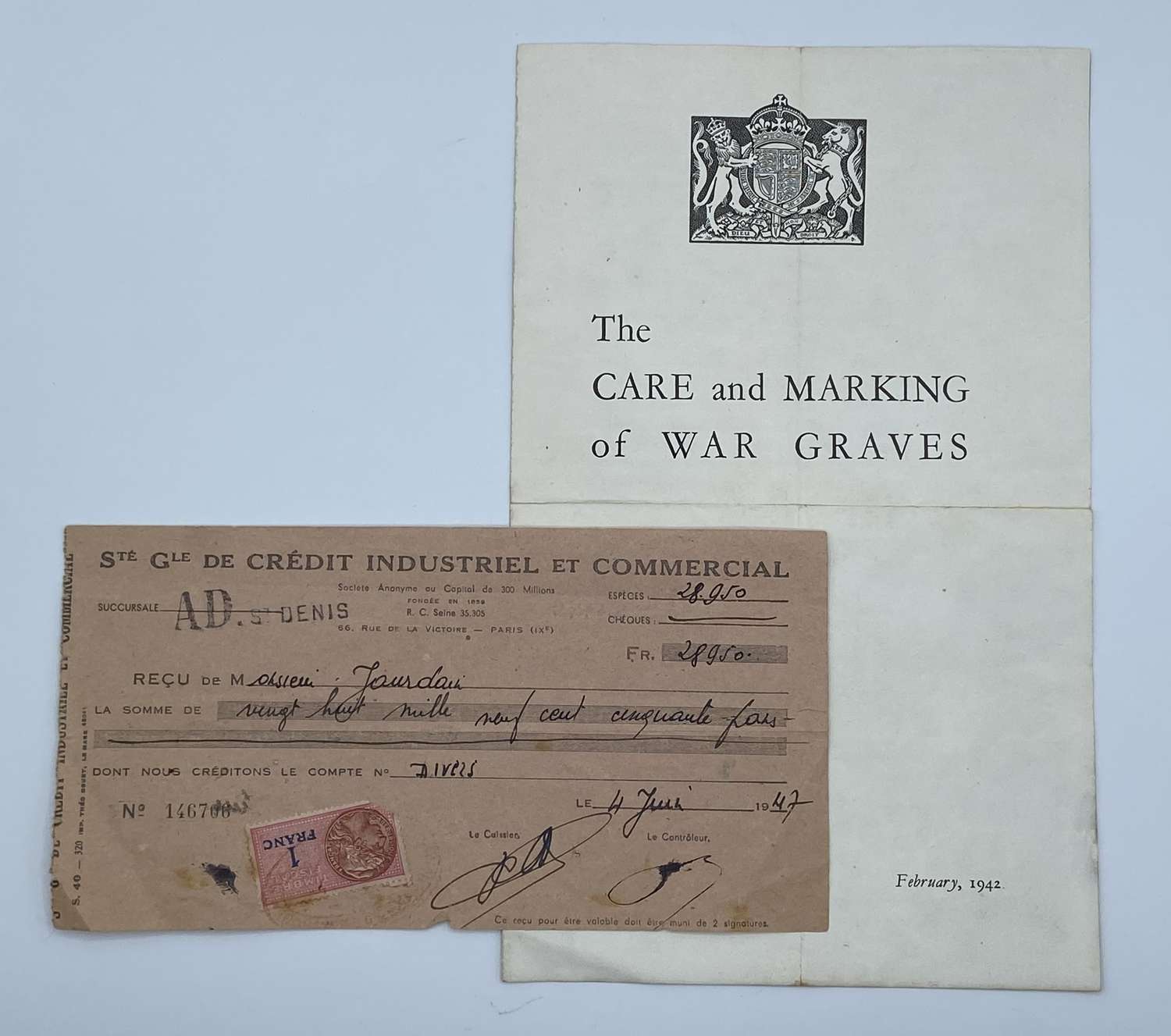 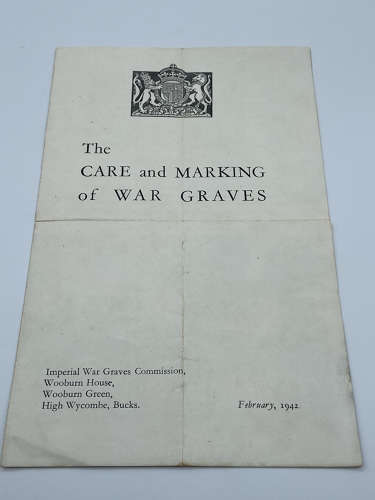 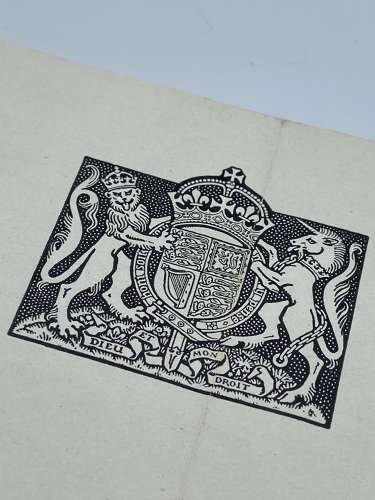 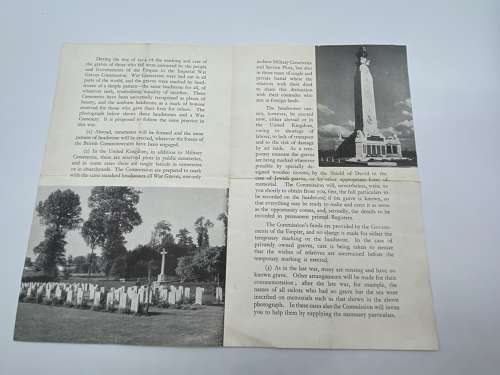 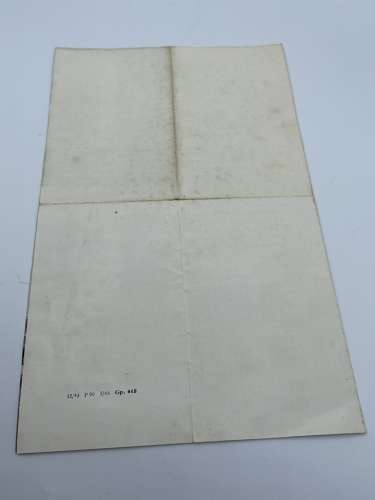 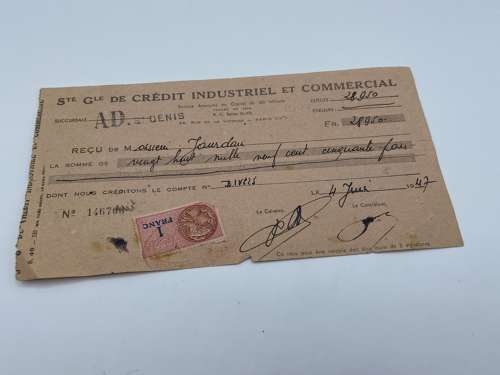 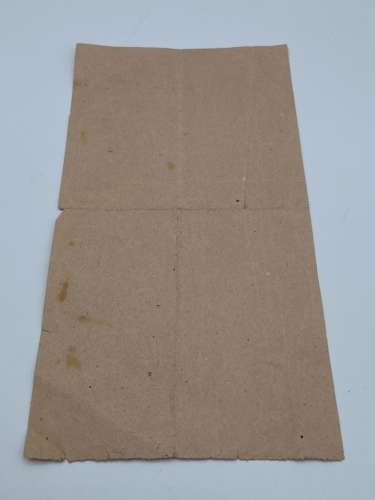 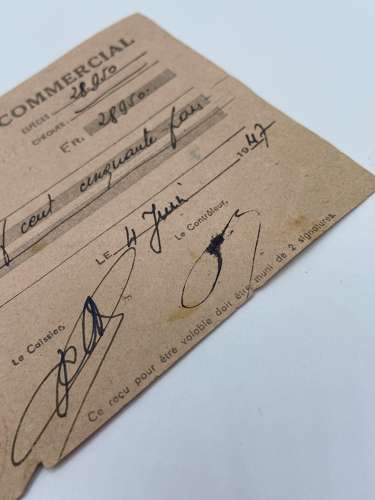 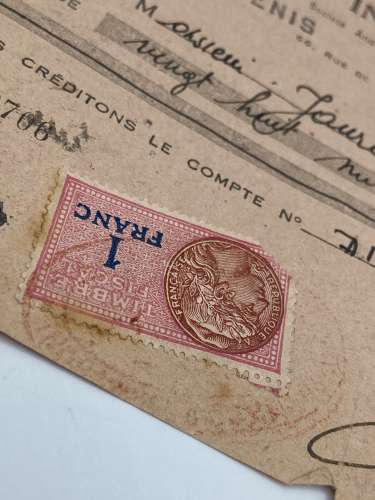 For sale is a small document lot, consisting of a WW2 Imperial War Graves Commissions booklet dated February 1942 and titled “the care and Markings Of War Graves” and a french WW2 receipt for taking care of the war graves. Both documents are guaranteed original or money back, the leaflet (war commissions leaflet is wartime dated February 1942 and the pink receipt is post war are dated 1947).

The war grave commissions booklets front cover states, in which the whole of the leaflet is in English:

The war grave commissions inside covers states the following:

“During the war of 1914-18 the marking and care of the graves of those who fell were entrusted by the people and Governments of the Empire to the Imperial War Graves Commission. War Cemeteries were laid out in all parts of the world, and the graves were marked by head stones of a simple pattern - the same headstone for all, of whatever rank, symbolizing quality of sacrifice. These cemeteries have been universally recognized as places of beauty, and the uniform hecadstone as a mark of honor reserved for those who gave their lives for others. The photograph below shows these headstones and a War Cemetery. It is proposed to follow the same practice in this. in these Military Cemeteries and Service Plots, but also in those cases of single and private burial where the relatives wish their dead to share this distinction with their comrades who rest in foreign lands. The headstones can- not, however, be corrected now, cither abroad or in United the Kingdom, (1) Abroad, cemeteries will be formed and the same pattern of headstone will be corrected, wherever the forces of the British Commonwealth have been engaged. (2) In the United Kingdom, in addition to Military Cemeteries, there are réserved plots in public cemeteries, and in some cases there are single burials in cemeteries or in churchyards. The Commission are prepared to mark with the same standard headstones all War Graves, not only owing to shortage of labor, to lack of transport and to the risk of damage by air raids. Porary measure the graves are being marked wherever LLL possible by specially designed signed wooden crosses, by the Shield of David in the case of Jewish graves, or by another appropriate form of memorial. you shortly to obtain from you, first, the full particulars to be As a tem- The Commission will, nevertheless, write to recorded on the headstone, if the grave is known, so that everything may be ready to make and erect it as soon As the opportunity comes, and, secondly, the details to be recorded in permanent printed registers. The Commission's funds are provided by the Governments of the Empire, and no charge is made for either the temporary marking or the headstone. In the case of privately owned graves, care is being taken to ensure that the wishes of relatives are ascertained before the temporary marking is erected, (3) As in the last war, many are missing and have no known grave. Other arrangements will be made for their commemoration; after the late war, for example, the names of all sailors who had no grave but the sea were inscribed on memorials such as that shown in the above photograph. In these cases also the Commission will invite you to help them by supplying the necessary particulars.”

The back of the war grave commissions state the following:

The small pink sheet that comes with the war grave commissions booklet is a Post Ww2 1947 dated french receipt for taking care of the relatives war grave.

This is a nice little group and a rare set as you don’t often come across war time dated leaflets of these. This will be sent 1st class signed for and dispatched within two to three working day’s.