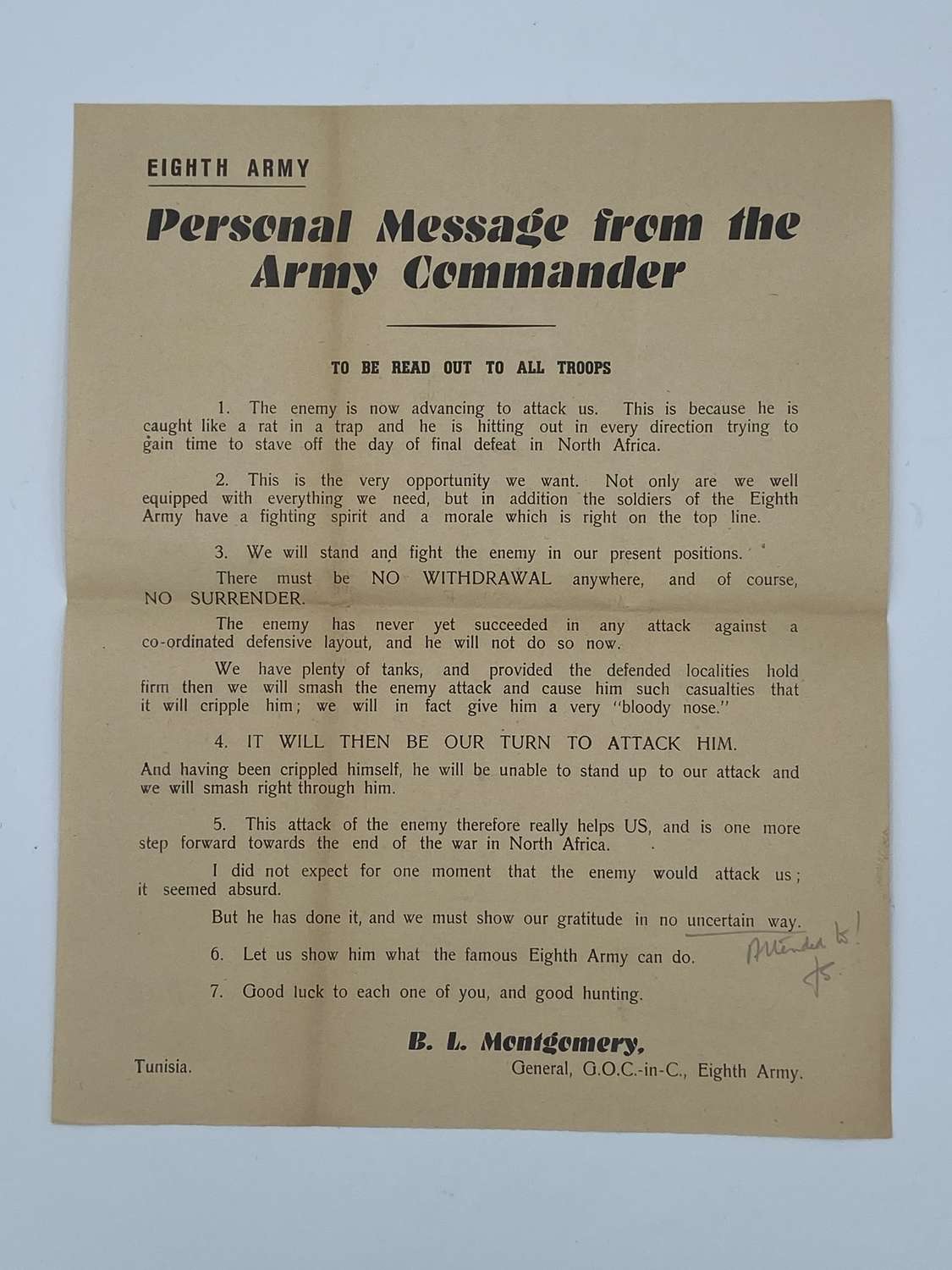 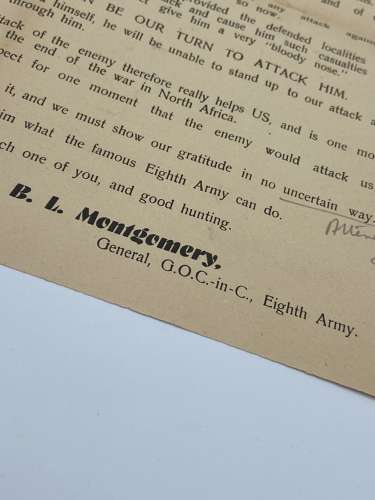 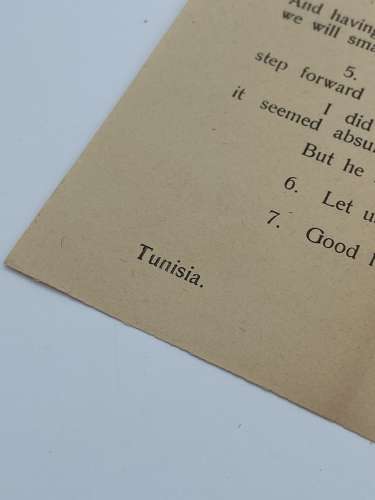 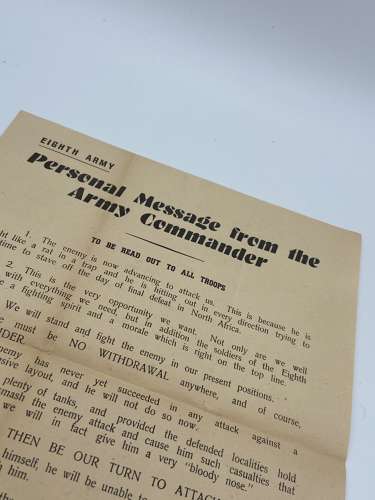 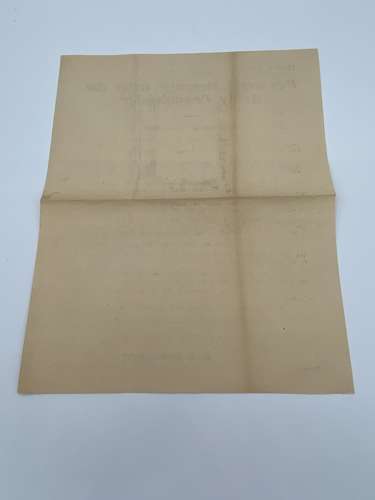 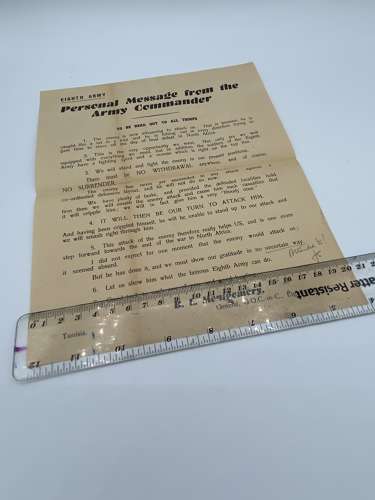 For sale is a WW2 8th Personal Message From Commander General Montgomery Tunisia Poster. Guaranteed original or money back. In good condition, this will be sent 1st class signed for and dispatched within two to three working day’s.

EIGHTH ARMY Personal Message from the Army Commander TO BE READ OUT TO ALL TROOPS 1 . The enemy is now advancing to attack us . This is because he is caught like a rat in a trap and he is hitting out in every direction trying to gain time to stave off the day of final defeat in North Africa . a 2. This is the very opportunity we want . Not only are we well equipped with everything we need , but in addition the soldiers of the Eighth Army have a fighting spirit and a morale which is right on the top line . 3. We will stand and fight the enemy in our present positions . There must be NO WITHDRAWAL anywhere , and of course , NO SURRENDER . The enemy has never yet succeeded in any attack against co - ordinated defensive layout , and he will not do so now . We have plenty of tanks , and provided the defended localities hold firm then we will smash the enemy attack and cause him such casualties that it will cripple him ; we will in fact give him a very " bloody nose . " IT WILL THEN BE OUR TURN TO ATTACK HIM . And having been crippled himself , he will be unable to stand up to our attack and we will smash right through him . 5. This attack of the enemy therefore really helps US , and is one more step forward towards the end of the war in North Africa . I did not expect for one moment that the enemy would attack us ; it seemed absurd . But he has done it , and we must show our gratitude in no uncertain way . 6. Let us show him what the famous Eighth Army can do . 7. Good luck to each one of you , and good hunting 4 . B. L. Montgomery , General , G.O.C. - in - C . , Eighth Army . Tunisia