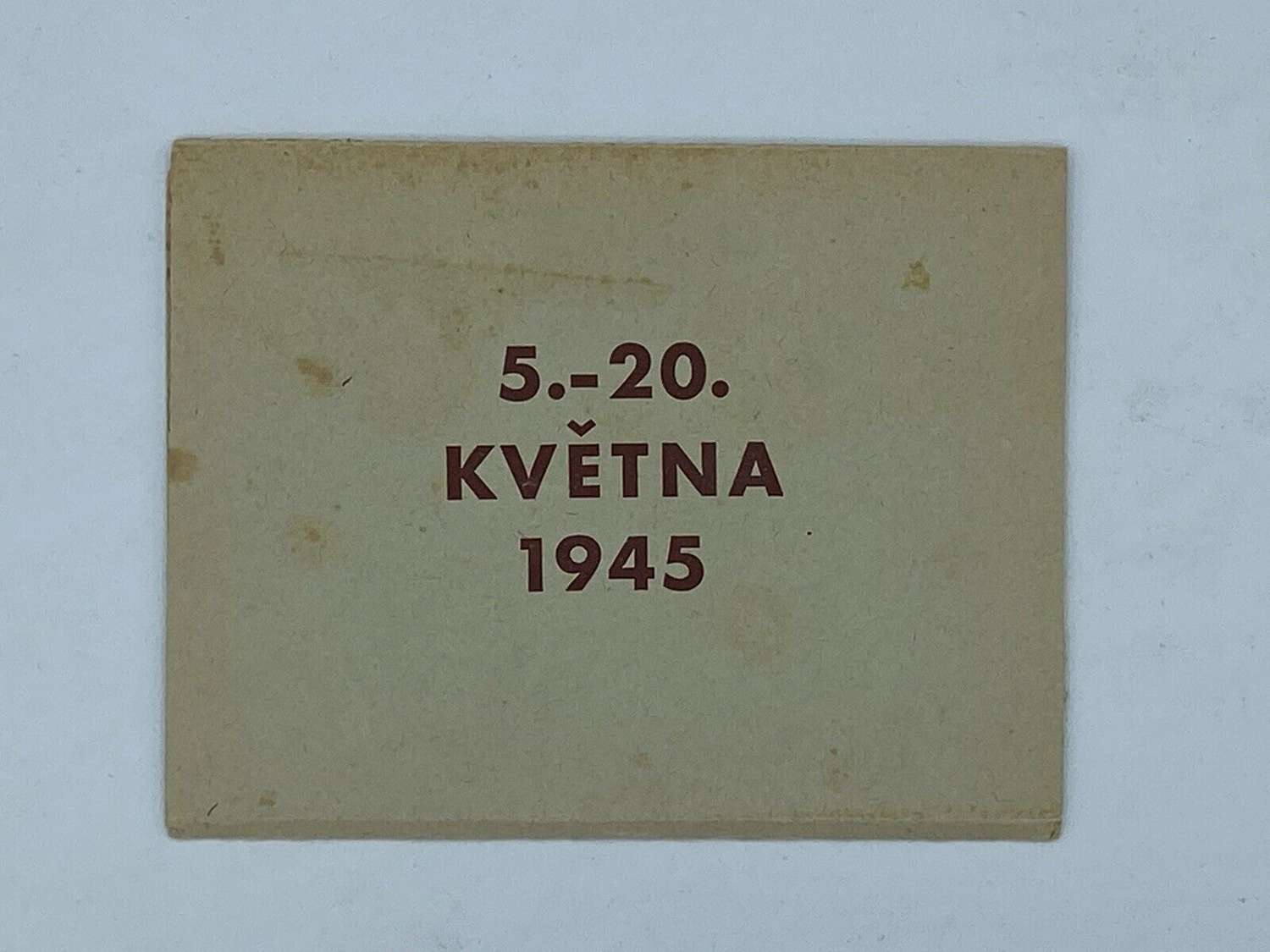 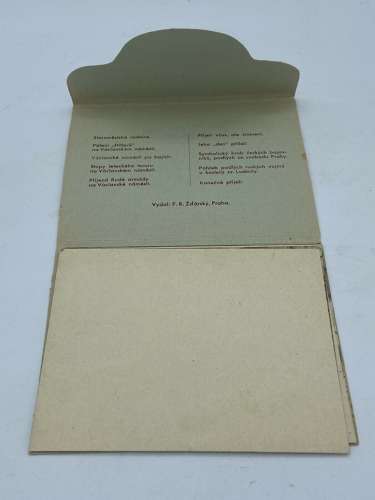 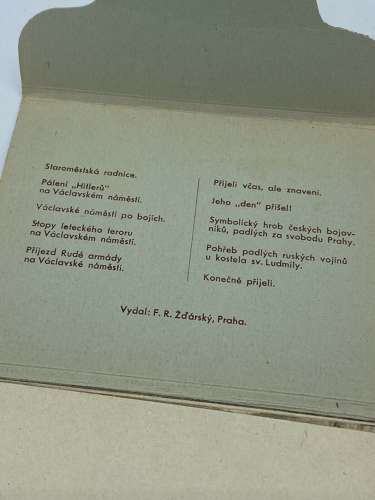 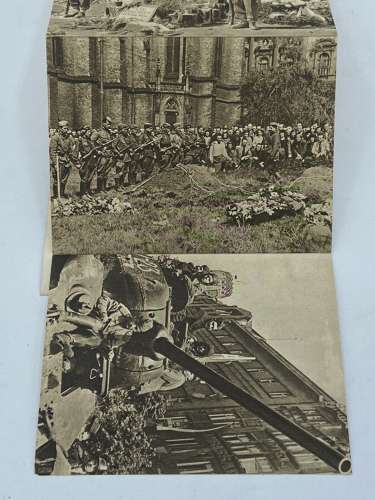 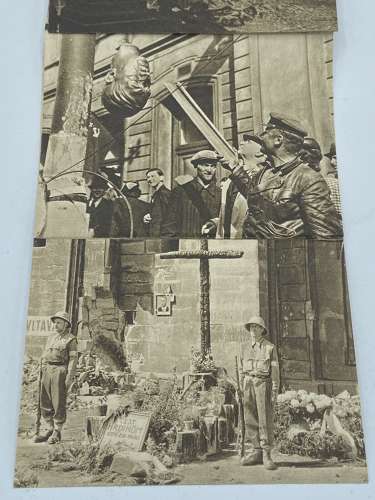 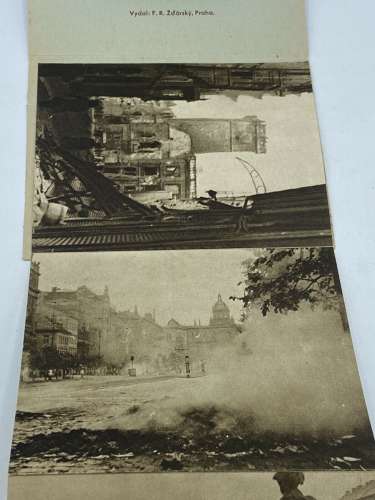 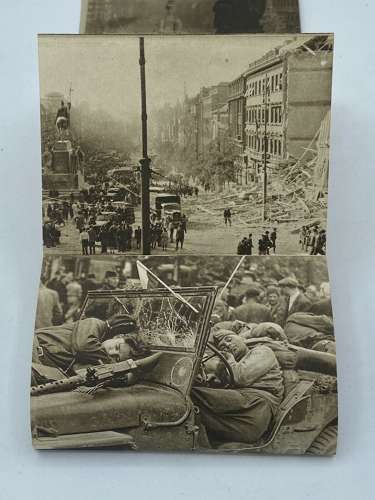 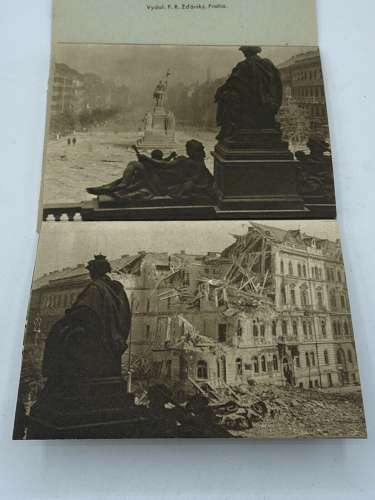 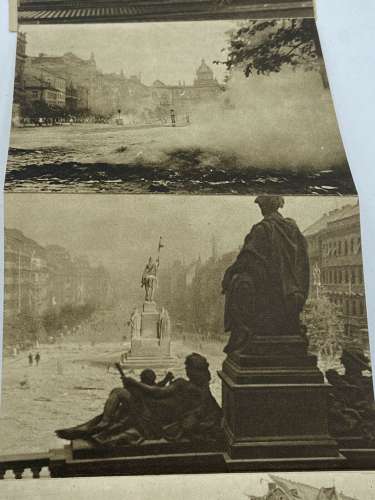 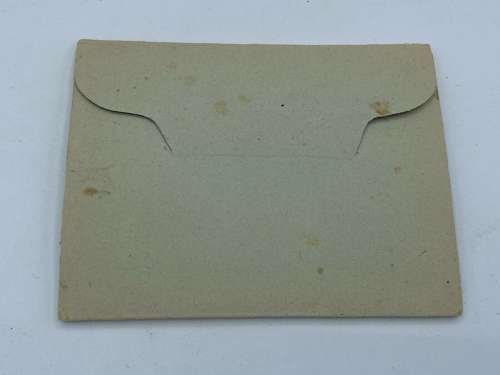 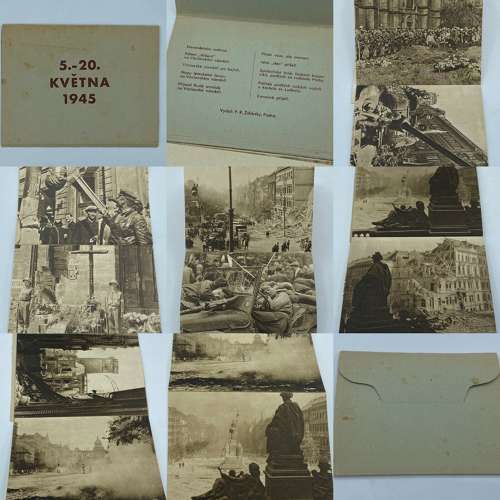 £40.00 Approx $55.02, €46.84, £40
(1 in stock)
Qty
For sale is a Rare WW2 Czechoslovakian Victory Over Germany Propaganda Leaflet titled 5.-20. MAY 1945. This propaganda Leaflet was produced to commemorate the Prague uprising was a partially successful attempt by the Czech resistance to liberate the city of Prague from German occupation during World War II. The preceding six years of occupation had fuelled anti-German sentiment and the approach of the Soviet Red Army and the US Third Army offered a chance of success.
On the inside front cover is a list of titles for each of the iconic photos for the end of ww2. A rough translation is:
“Old town Hall . Burning "Hitlers" on Wenceslas Square. They arrived on time, but tired. His "day" came! Wenceslas Square after the fighting. Traces of air terror on Wenceslas Square. Arrival of the Red Army on Wenceslas Square. Symbolic grave of Czech warriors who fell for the freedom of Prague. The funeral of fallen Russian soldiers at the church of St. Ludmila. They finally arrived. Published by: F. R. Žďárský, Prague,”
Following this contents page of the titles of each photo are 10 iconic and important photos representing the end of ww2 and the German threat. This is in great condition and a rare item to have. Guaranteed original or money back guaranteed. This will be sent 1st class signed for and dispatched within two to three working day’s.