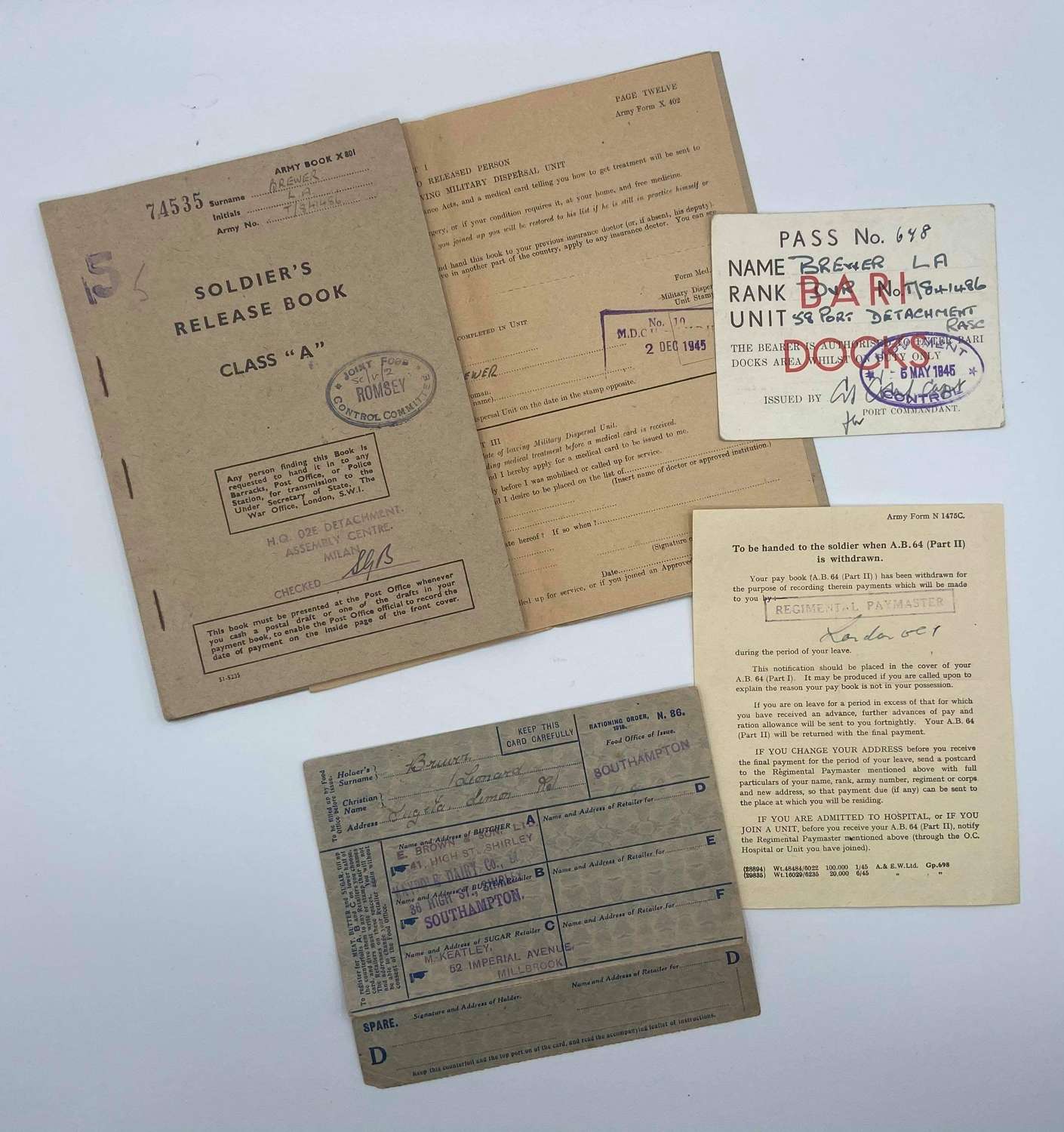 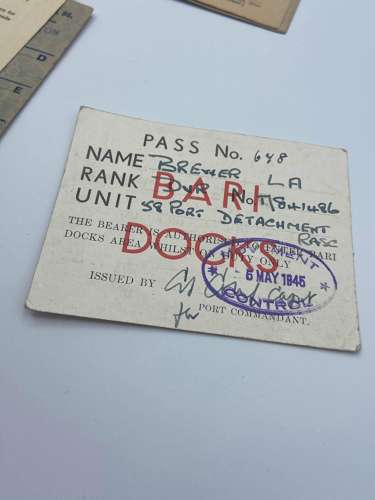 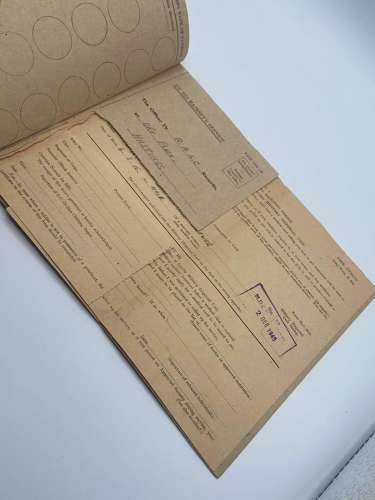 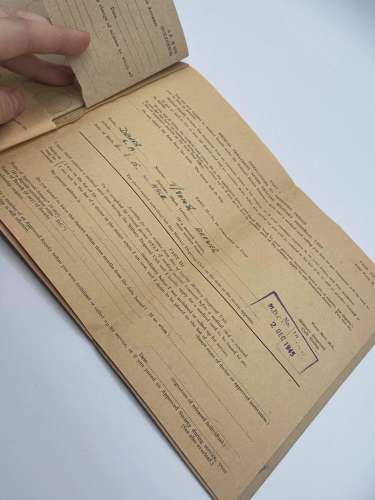 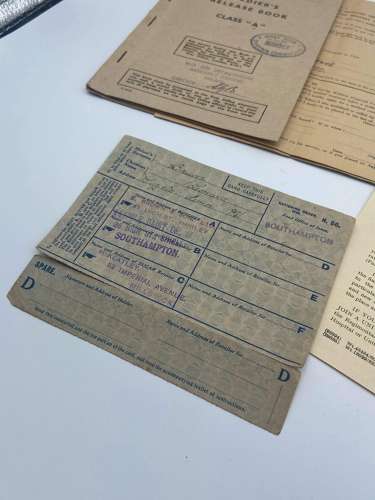 For sale is a paperwork group to T/841486 driver Leonard Albert Brewer who was part of 43 base supply depot & 58 port detachment RASC, in which they were stationed at Bari docks, Italy for the majority of the war. Whom enlisted 22.08.1939 and was discharged 14th November 1945. Also served here in 1943 where there was an air raid on Bari docks which led to a huge loss of life. An air attack by German bombers on Allied forces and shipping in Bari, Italy, on 2 December 1943, during World War II. 105 German Junkers Ju 88 bombers of Luftflotte 2 achieved surprise and bombed shipping and personnel operating in support of the Allied Italian Campaign, sinking 27 cargo and transport ships, as well as a schooner, in Bari harbour. Aftermath: 28 ships sunk harbour extensively damaged, 1,000 military and merchant marine personnel killed, 1,000 civilians killed, with only one german plane shot down.

This is a nice little lot especially with the rare Bari docks pass. This will be sent 1st class signed for and dispatched within two to three working day’s.