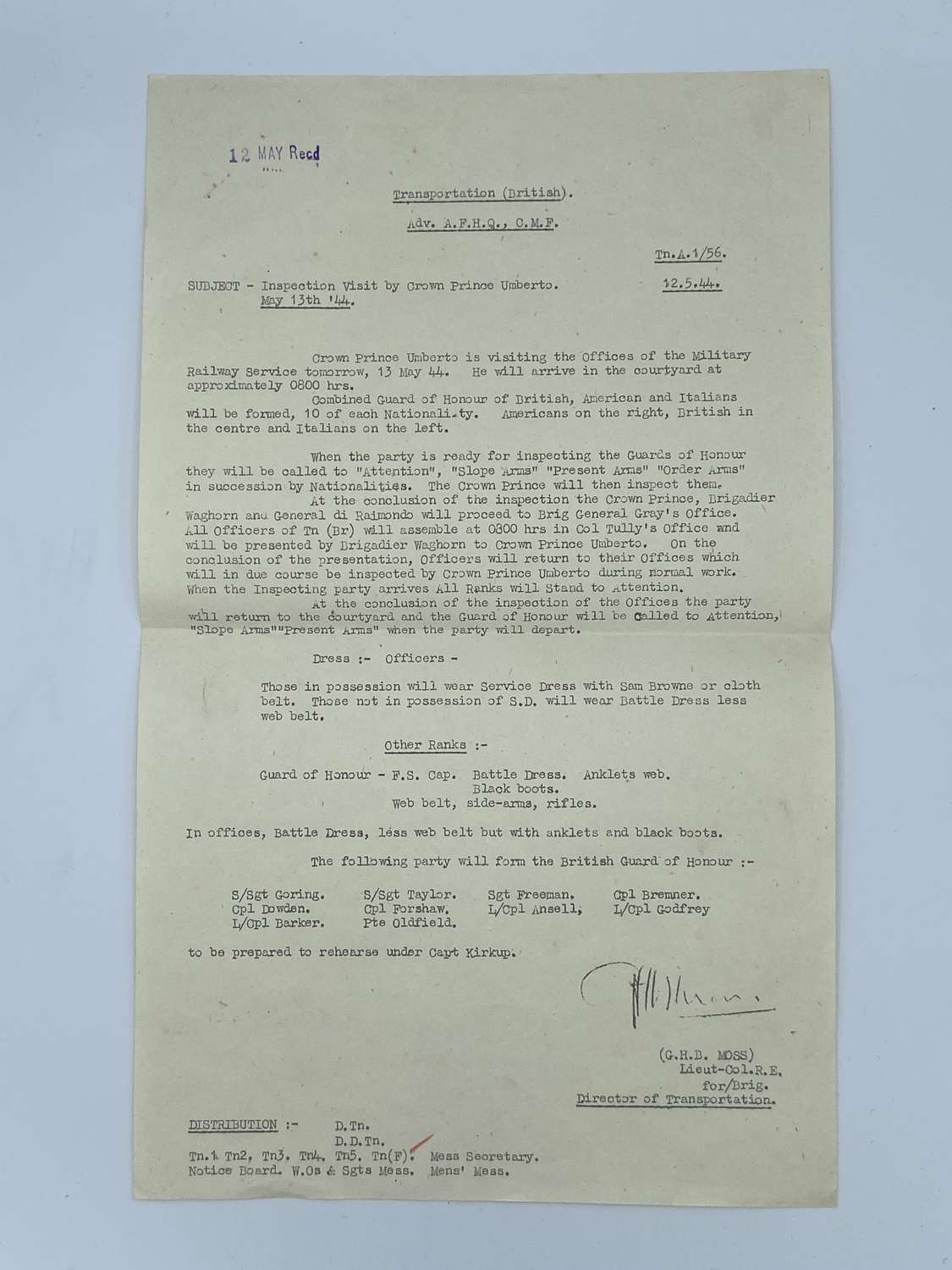 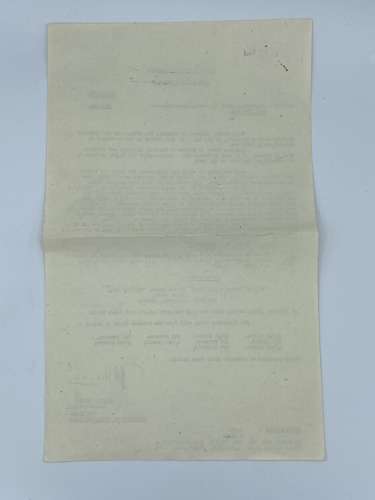 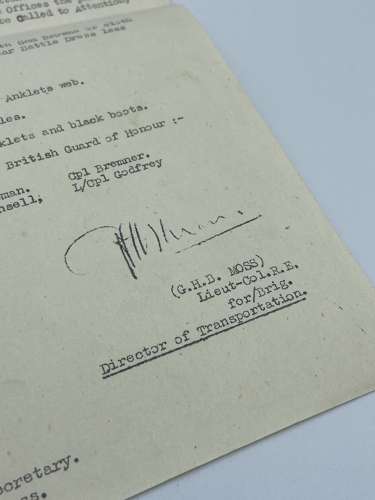 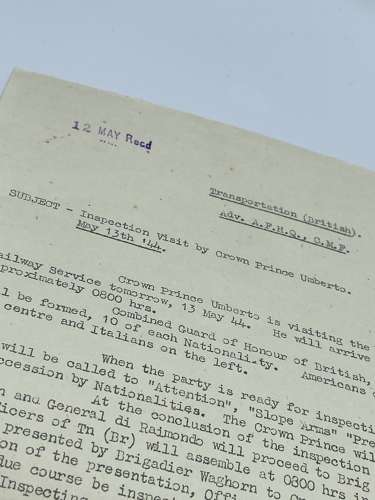 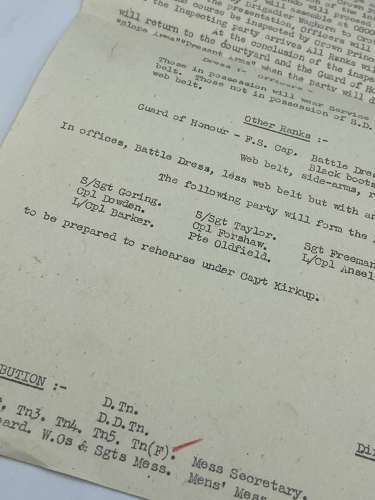 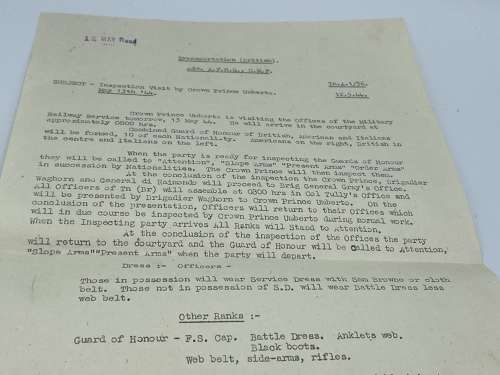 For sale is a WW2 May 13th 1944 Inspection Visit By Crown Prince Umberto II Letter Orders. The letter states

Tn . 1.1 / 56 . 12.5.w. SUBJECT - Inspection visit by Crown Prince Umberto . May 13th ' Crown Princo Umberto is visiting the offices of the Military Railway Service tomorrow , 13 May 4 . He will arrive in the courtyard at approximately 0800 hrs . Combined Guard of Honour of British , Arican and Italians will be formed , 10 of each Nationality . Americans on the right , British in the centre and Italians on the left . When the party is ready for inspecting the Guards of Honour they will be called to " Attention " , " Slope xurms " " Present Arms " " Order Arms " in succession by Nationalities . The Crown Prince will then inapoot them . At the conclusion of the inspection the Crown Prince , brigadier Waghorn anu Goneral di Raimondo will proceed to Brig General Gray's office . All Officers of Tn ( Br ) will assemble at 0300 hrs in Col Tully's office and will be presented by Drigadier Waghorn to Crown Prince Umberto . On the conclusion of the presentation , officers will return to their offices which 1 in due course be inspooted by Crown Prince Umberto during normal work . When the Inspecting party arrives All Renks will stand to attention . At the conclusion of the inspection of the offices the party will return to the courtyard and the Guard of Honour will be called to Attention , " Slope Arms " Pre sont pas " when the party will depart . Dress - Officers - Those in possession will wear Service Dress with Sam Browne or cloth belt . Those not in possession of S.D. will wear Battle Dross less web belt . Other Ranks : Guard of Honour - F.S. Cap . Battle Dress . Anklets web . Black boots . Web belt , side - arma , riflos . In offices , Battle Dress , less web belt but with anklets and black boots . The following party will form the British Guard of Honour : S / Sgt Goring . Cpl Dowdon . opl Barker . S / Sgt Taylor . Cpl Forshaw . Pte Olafiola . Sgt Freeman . Lcpl Ansell , Cpl Bremner . L / cpl Godfrey to be prepared to rehearse under Cayt Kirkup .