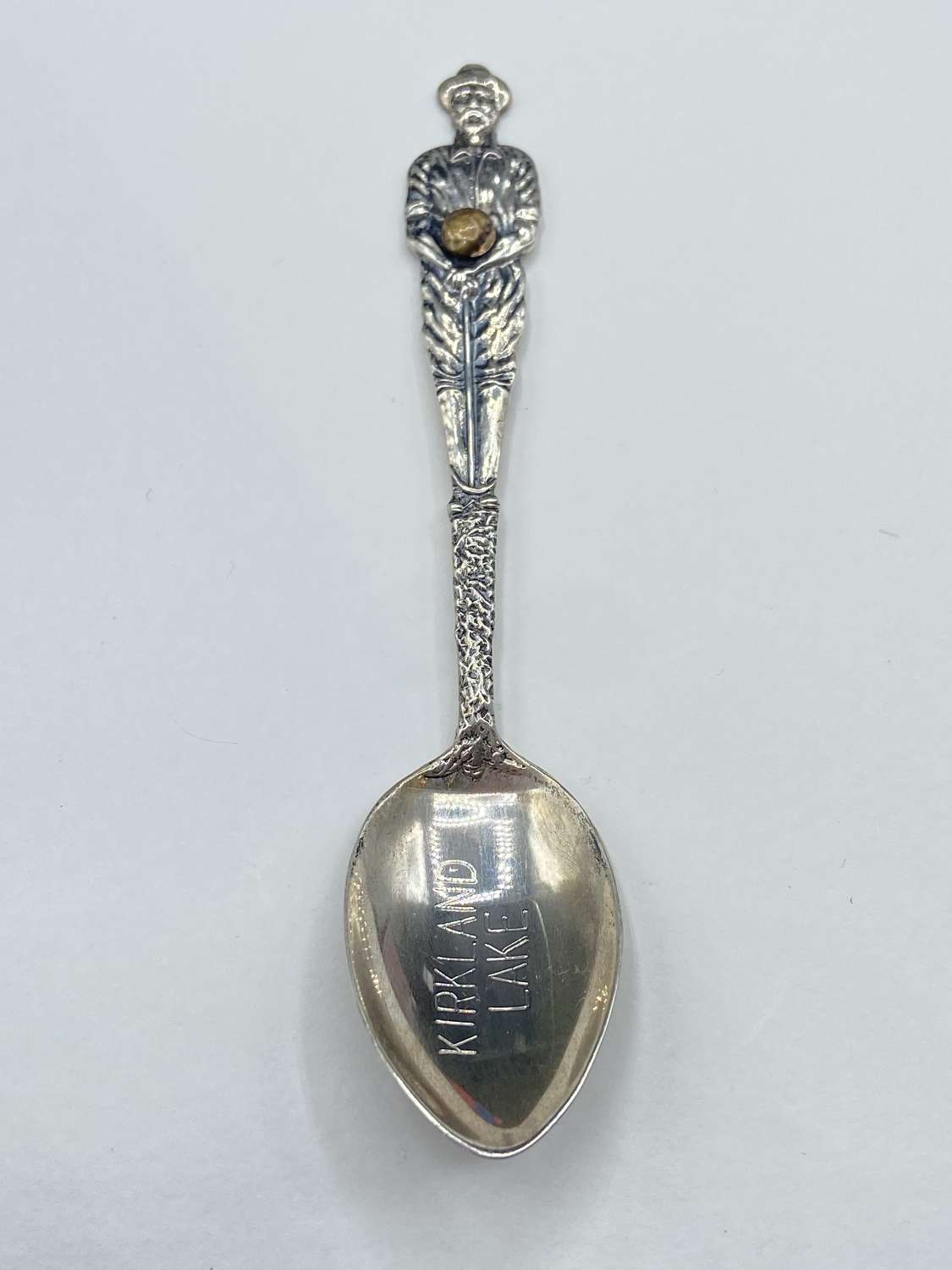 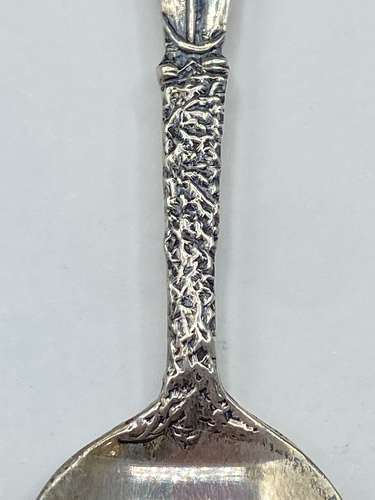 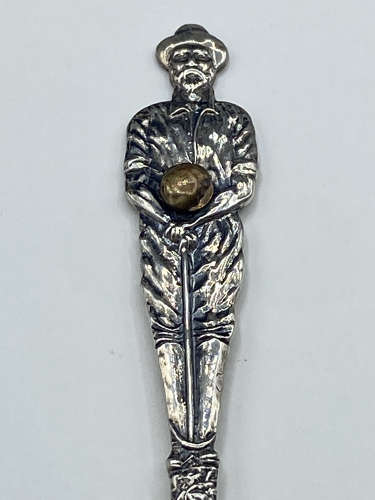 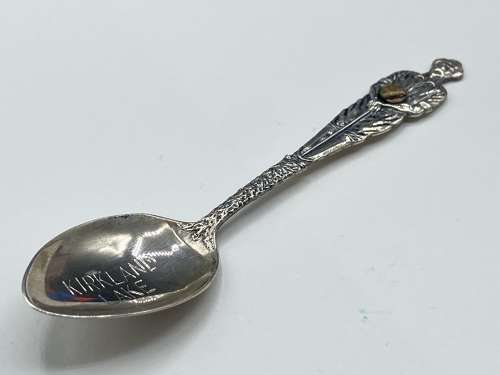 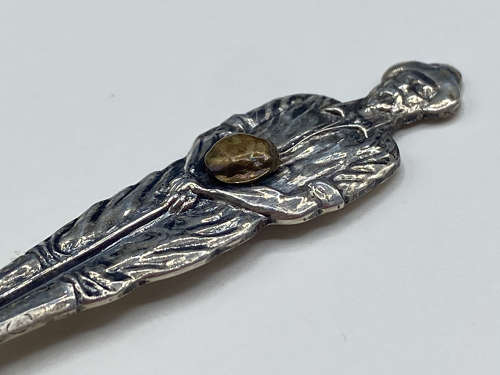 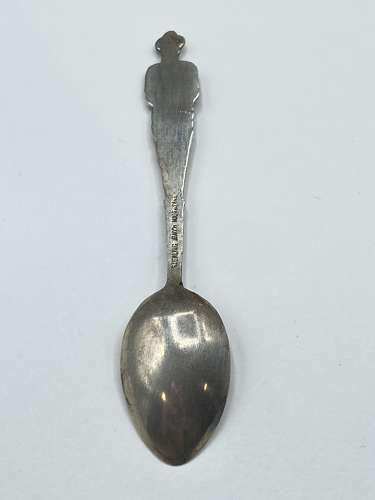 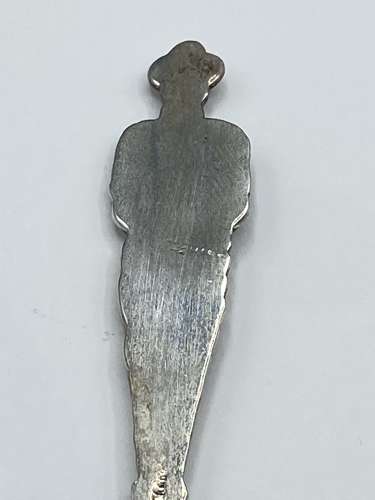 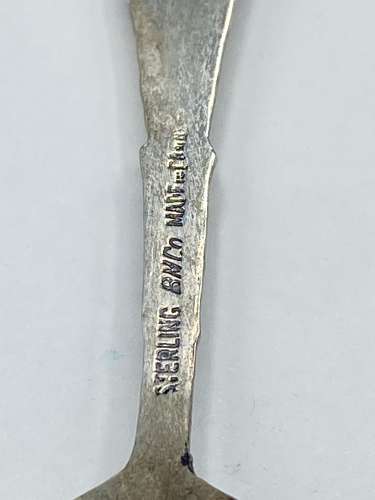 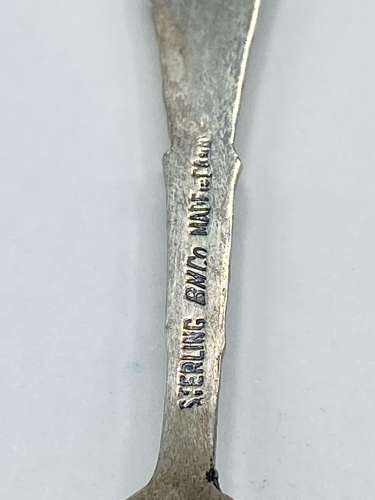 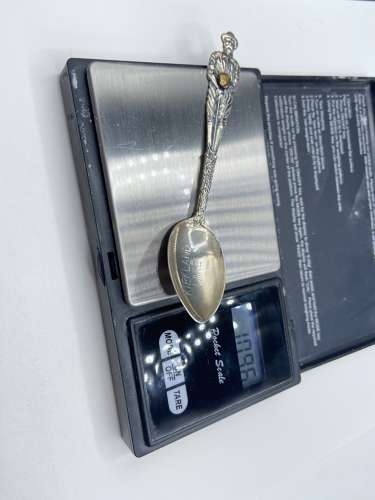 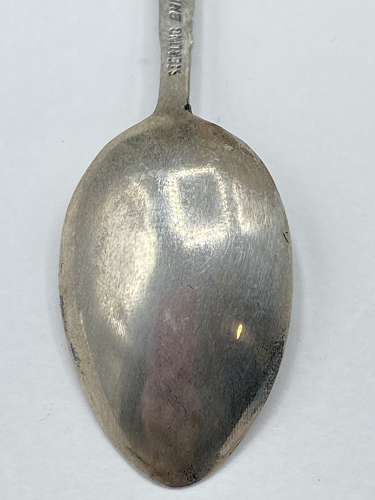 For sale is a Antique 1920s Sterling Silver BMCK Made, Kirkland Lake Canadian Gold Mining Souvenir Spoon. This spoon is in good condition, in which the handle is a standing gold miner with a pix ache in his hands touching the floor, also in his hands is a gold coloured nugget, (were not to sure what this nugget is). The spoon heAd is engraved with Kirkland lake, and the reverse it’s marked with sterling BmCO made in Canada. The spoon weighs 10.96 grams.

A little history about Kirkland lake:

The community name was based on a nearby lake which in turn was named after Winnifred Kirkland, a secretary of the Ontario Department of Mines in Toronto. The lake was named by surveyor Louis Rorke in 1907. Miss Kirkland never visited the town, and the lake that bore her name no longer exists because of mine tailings. The community comprises Kirkland Lake (Teck Township), as well as Swastika,Chaput Hughes, Bernhardt, and Morrisette Twp.

Kirkland Lake was built on gold, but it is equally well known for producing world-famous hockey players. Indeed, legendary hockey broadcaster Foster Hewitt called Kirkland Lake "the town that made the NHL. The town celebrated this via Hockey Heritage North which has been renamed in the meantime to Heritage North.

The photographs make up part of the description, I will describe the item the best I can and to the best of my knowledge. As the buyer please view the photos carefully before purchasing. This will be sent via 1st class signed for if the value is under £60 and anything over will be sent via express 48 Parcelforce or Royal Mail special delivery and dispatched within two to three working day’s. Also happy to post world wide.