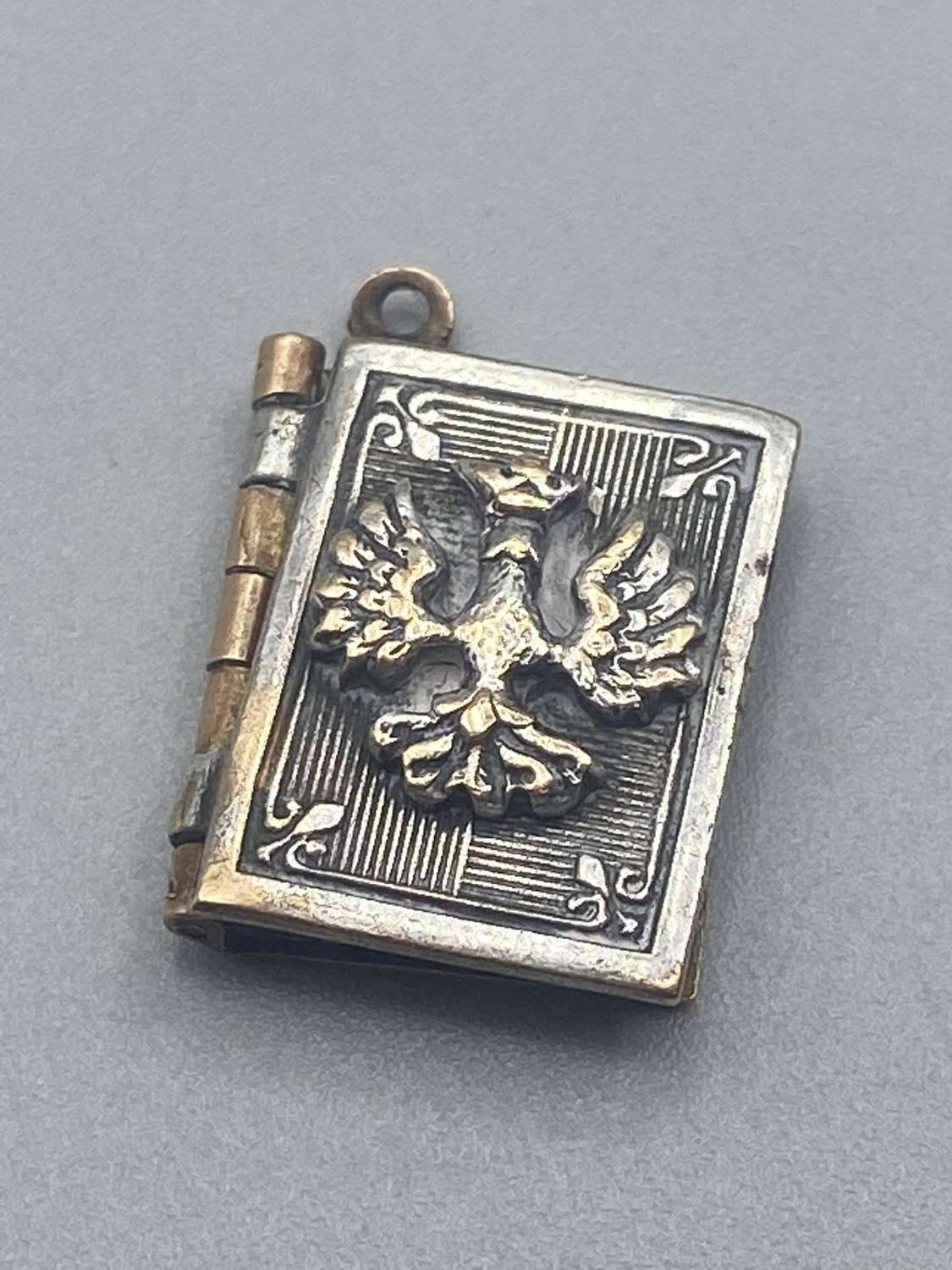 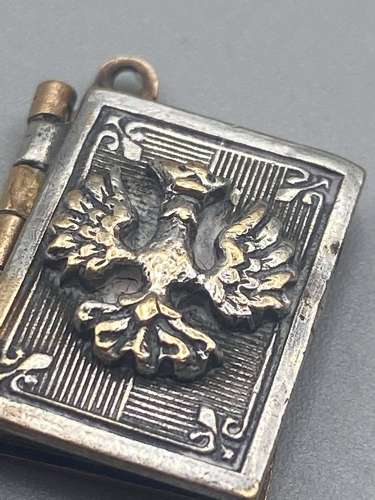 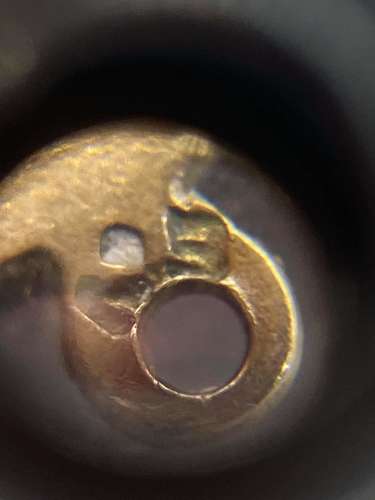 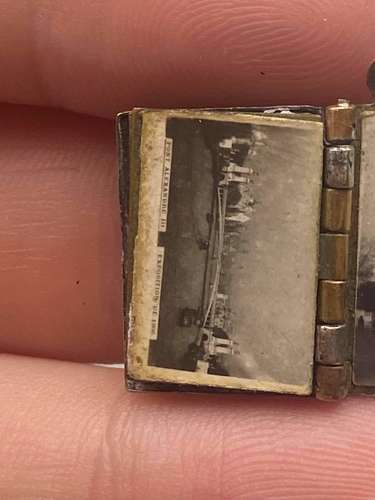 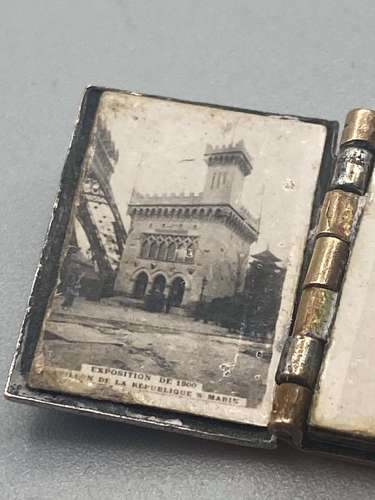 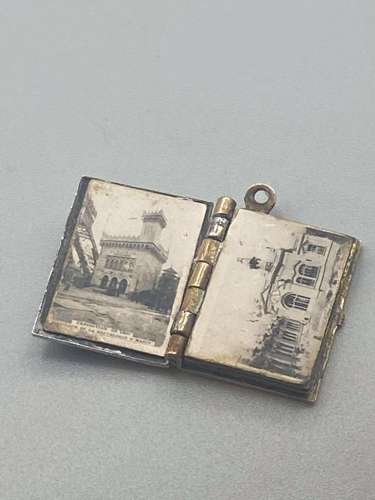 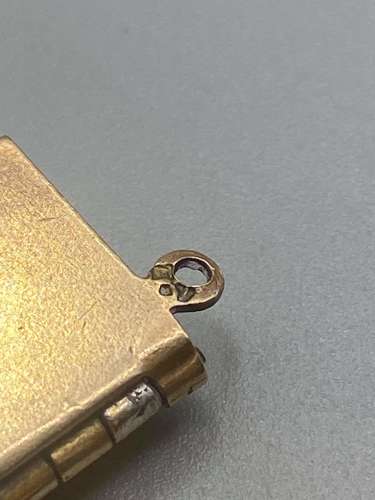 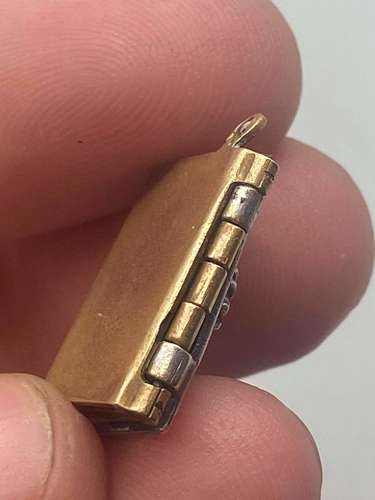 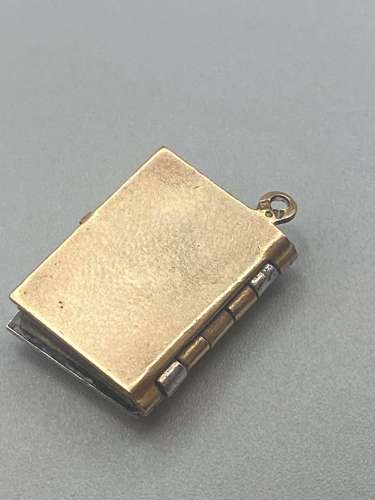 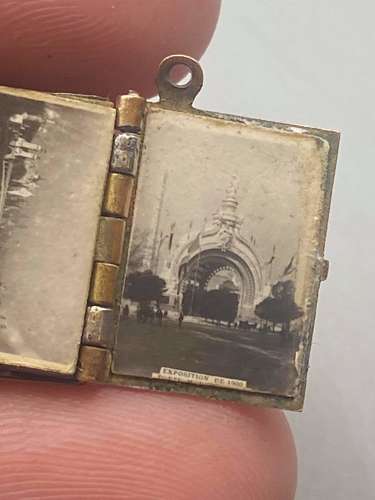 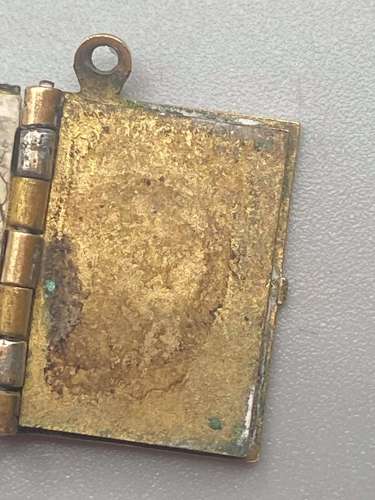 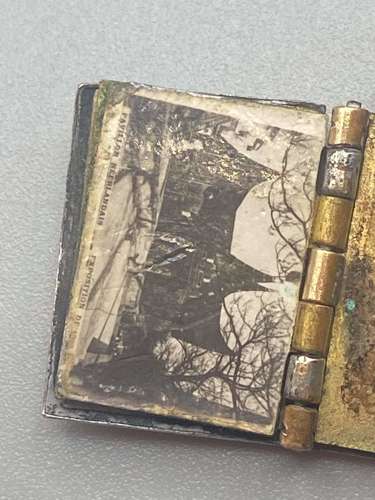 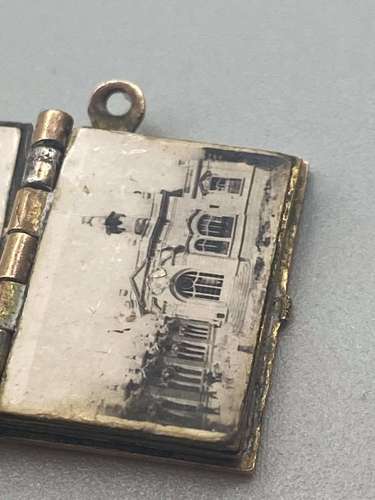 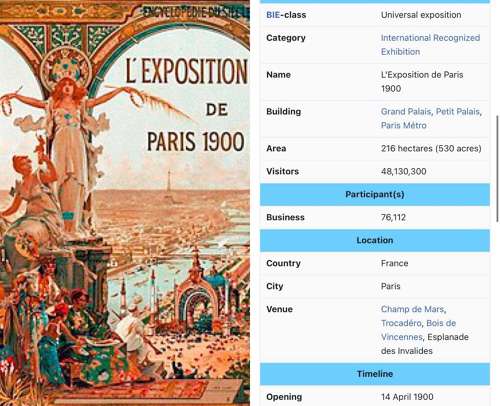 For sale is a rare Exposition Universelle (1900) Paris France Silver Tourist Photo Book Pendant. I’m cracking condition for its age, this little photo book pendant contains five tintype photos, and is unfortunately missing one, it’s maker marked “E.V” on the pendant ring. The front us decorated with four Fleur-de-lis in each corner and a crowned eagle in the centre.

The Exposition Universelle of 1900, better known in English as the 1900 Paris Exposition, was a world's fair held in Paris, France, from 14 April to 12 November 1900, to celebrate the achievements of the past century and to accelerate development into the next. The fair, visited by nearly 50 million, displayed many technological innovations, including the Grande Roue de Paris Ferris wheel, the moving sidewalk, diesel engines, talking films, escalators, and the telegraphone (the first magnetic audio recorder). It also brought international attention to the Art Nouveau style. Additionally, it showcased France as a major colonial power through numerous pavilions built on the hill of the Trocadero Palace. Major structures remaining from the Exposition include the Grand Palais, the Petit Palais, the Pont Alexandre III, the Gare d'Orsay railroad station (now the Musée d'Orsay) and two original entrances of Paris Métro stations by Hector Guimard.
Guaranteed original or money back. This will be sent first class signed for and dispatched within two to three working day’s