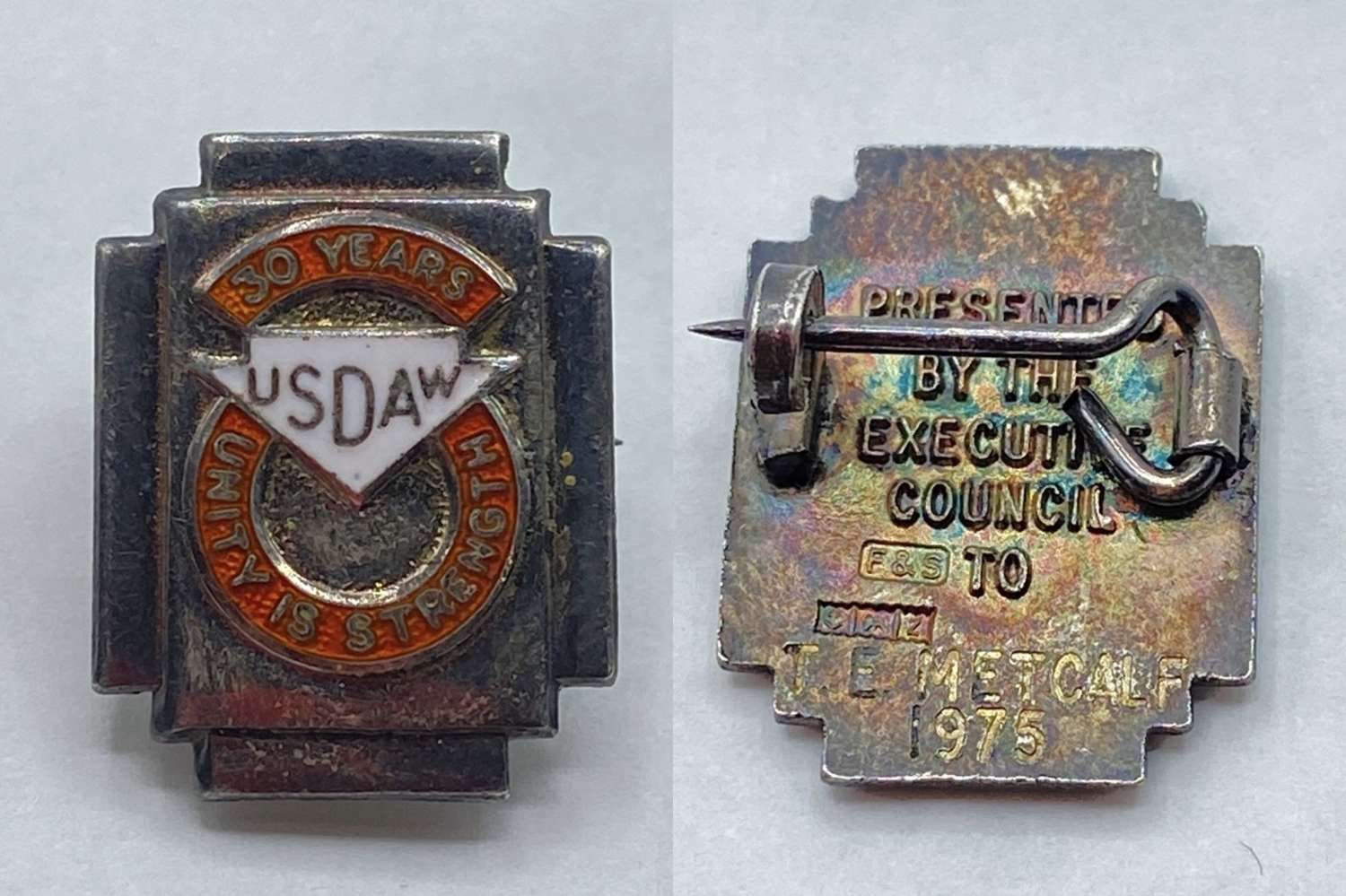 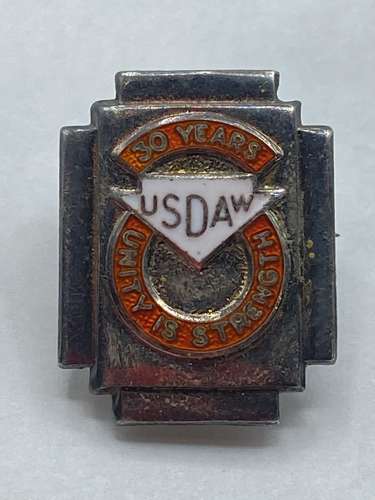 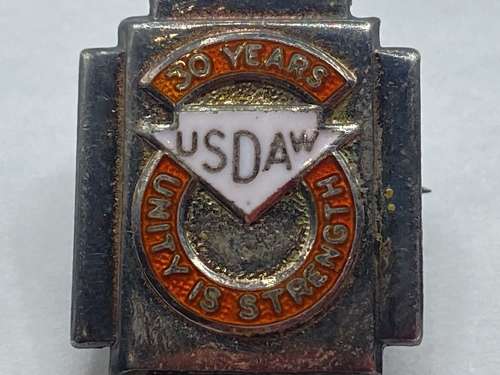 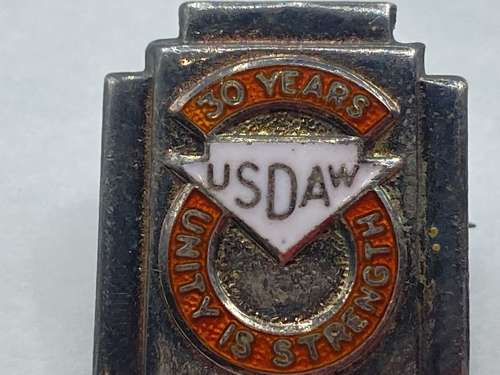 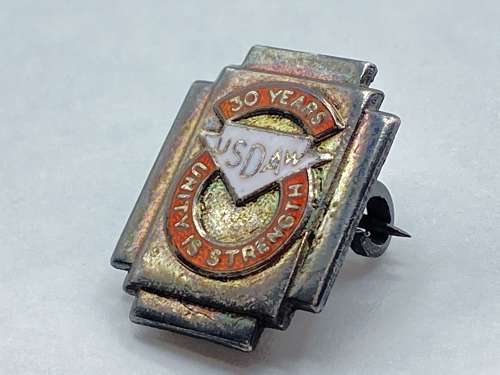 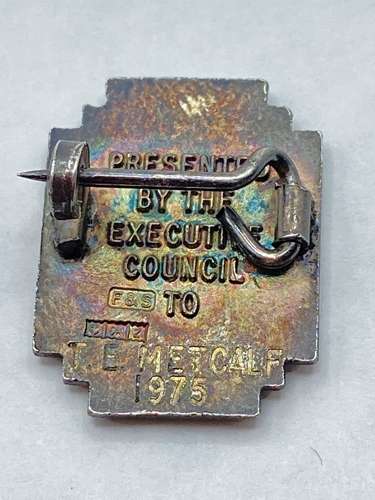 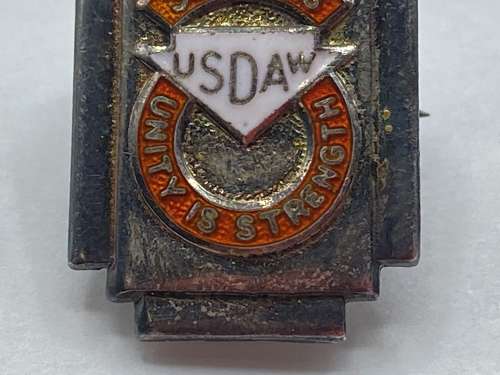 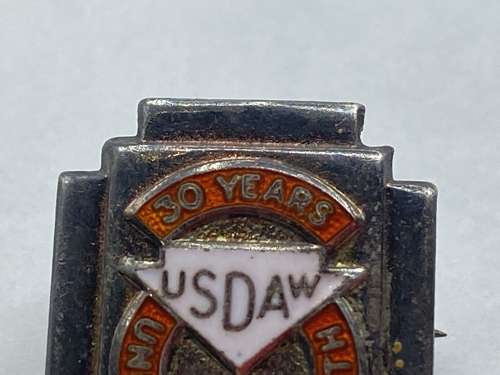 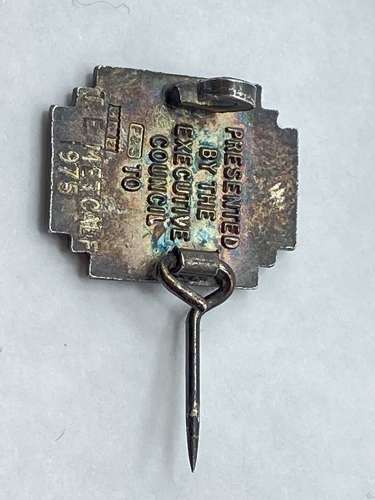 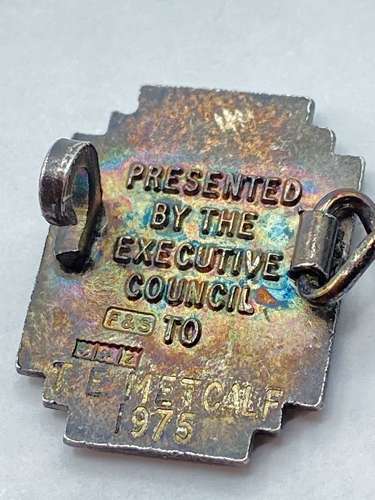 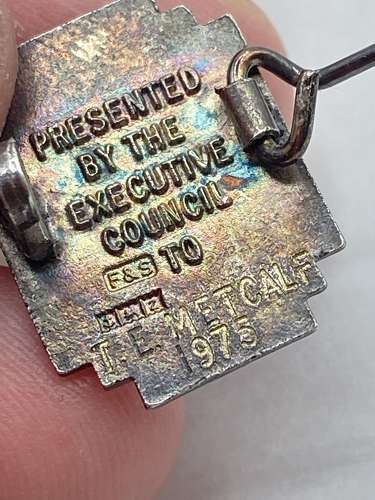 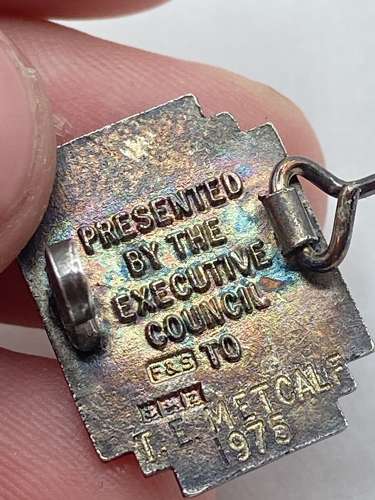 For sale is a Ww2 British Home Front Union of shop, distributive and allied workers 30 year service badge. In good condition. Silver hallmarked and enamel in a Art Deco style.

Presented by the executive council to T.E.Metcalf 1975

125 years ago this year , workers met in Manchester and Birmingham to establish trade unions , which grew during the latter oth part of the 19th century and throughout the 20th century , to form , in 1947 , what is now the Union of Shop , Distributive and Allied Workers . Throughout the last 125 years there have been many struggles and the Union can claim success in ending the living in ' system , the establishment of Wages Councils , successfully resisting constant attacks on shops legislation as well as securing substantial improvements for members in what have often been very difficult times . Much of Usdaw's strength has stemmed from the combined activity of its reps and staff who h and staff who have devoted their time and energy to the benefit of others and continue to do so to this day Usdaw Fact File Members fought in World War and 2,047 members lost their lives in the forces . In addition , 140 civilian members were killed in bombing attacks on Britain . Members of the Union , male and female , were often compulsorily transferred into essential industries . A former grocer could find himself in a shipyard , or a milliner find herself in a factor tank factory . ● Usdaw is the fastest growing union in the country today , with over 440,000 members and is the fourth largest trade union in the UK . ● Usdaw has to recruit in excess of 70,000 members each year just to keep its membership figure static ● Usdaw's record in the wider trade union and labour movement is well recorded , with is well re many members and officials making both Parliamentary and TUC history.

The photographs make up part of the description, I will describe the item the best I can and to the best of my knowledge. As the last buyer please view the photos carefully before purchasing. Guaranteed original or money back. This will be sent via 1st class signed for if the value is under £60 and anything over will be sent via express 48 Parcelforce or Royal Mail special delivery and dispatched within two to three working day’s. Also happy to post world wide.