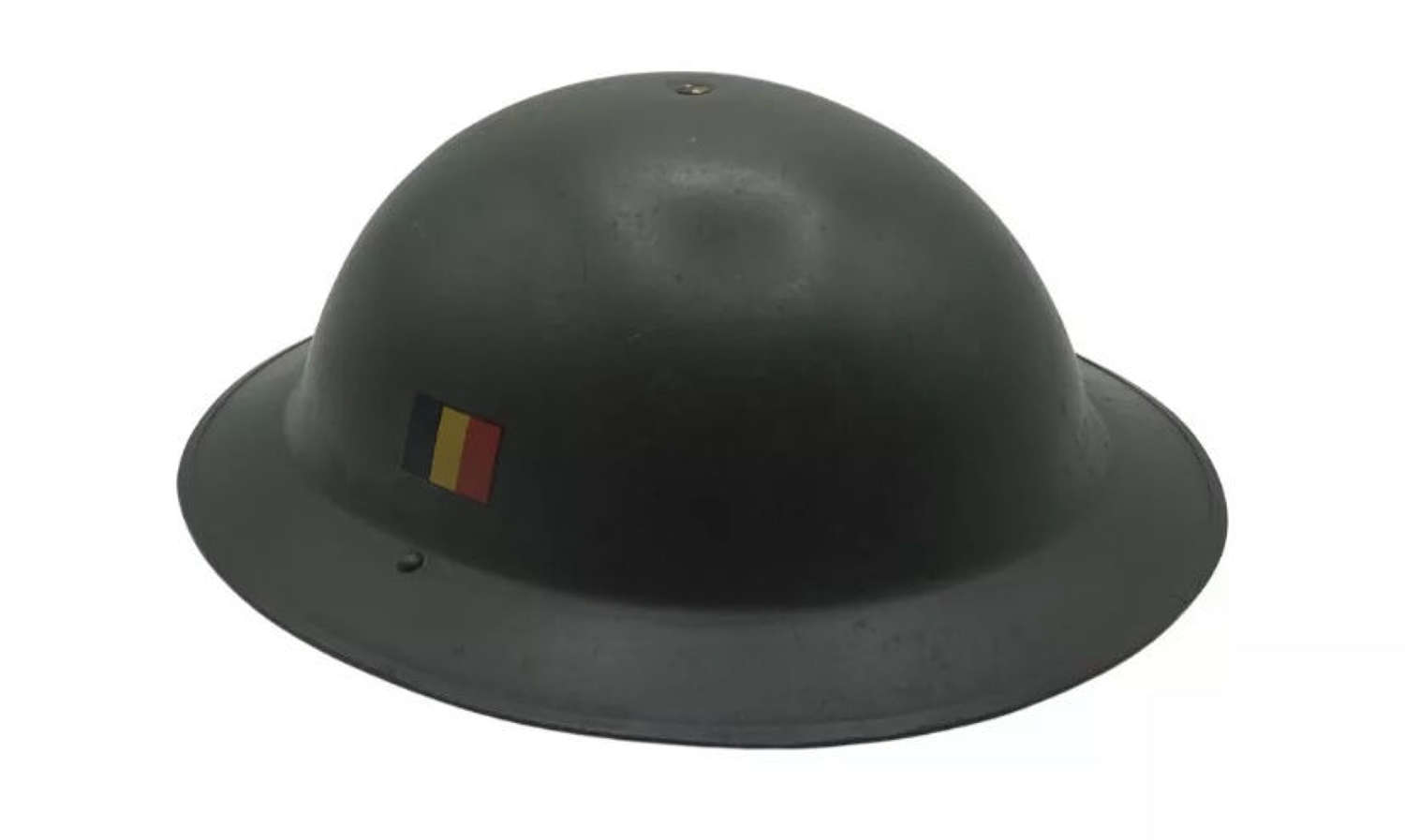 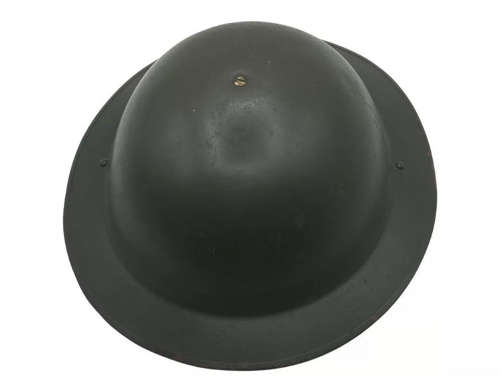 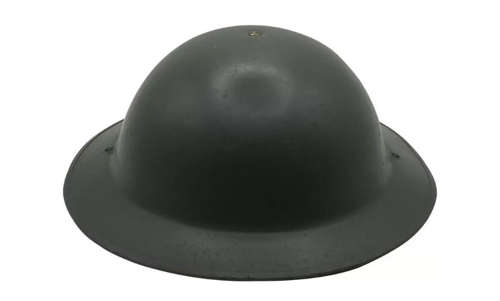 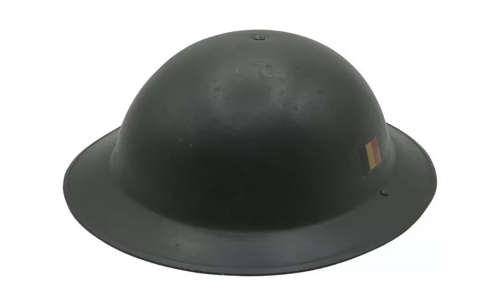 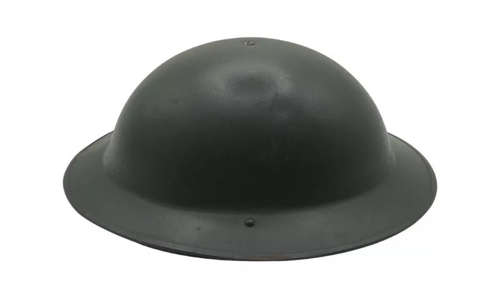 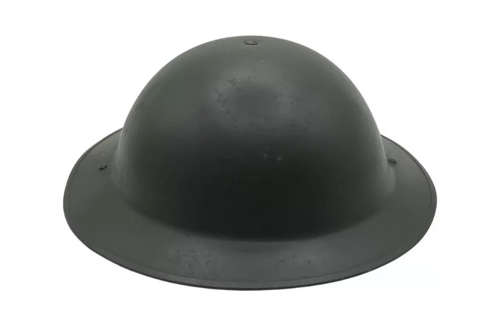 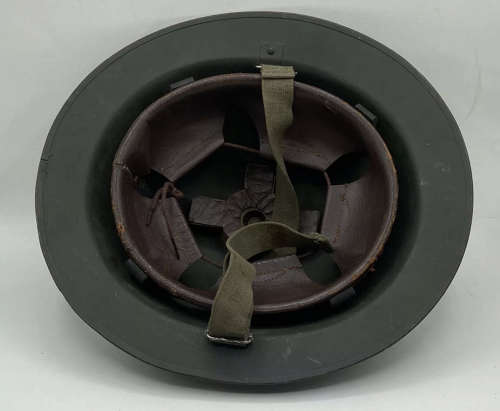 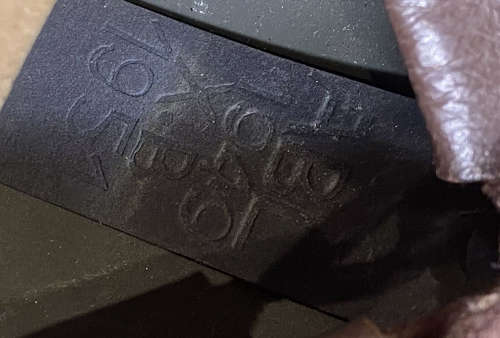 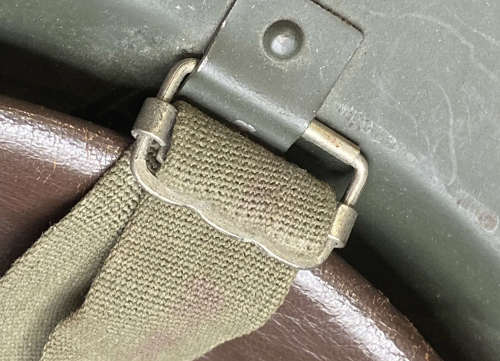 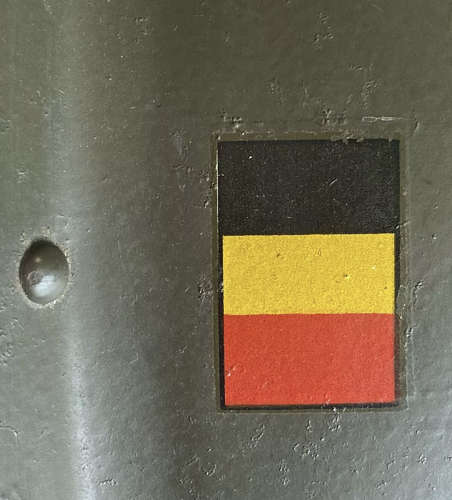 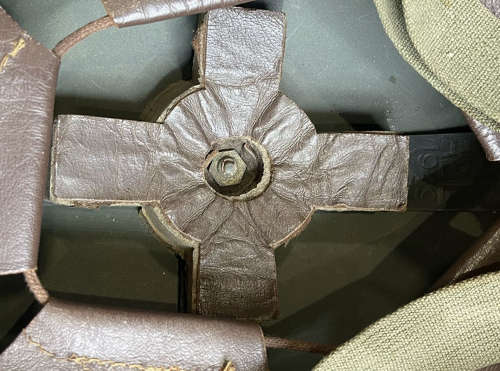 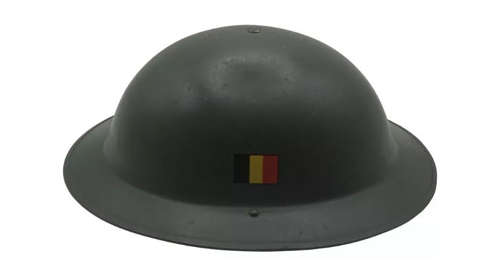 About the Mark 2 Belgian Clone of the British Brodie helmet.

After the end of the Second World War Belgium began manufacturing their own version of the British Mk.II Helmet, which came to be known as the Belgian Mk.II Clone. This helmet was used by all services of the Belgian Military; Army, Navy and Air Force, as well as in Civil Defence.

Mk.II Clones were produced from 1949 to 1952 and were very similar to the British Mk.II in almost every respect. However on closer inspection the differences are obvious, most noteably with the liner.

Belgian Mk.IIs have a brown leather liner with five tongues and a brown drawstring. The cross shaped crown pad has black sorbo foam covered by leather. The underside of the leather has the Belgium Crest printed, while British helmets used oilcloth.

Also unlike on British made Mk.IIs, the rims and lugs are made of mild (i.e. magnetic) steel.

A Belgium Flag decal was worn on the left hand side of the shell, on all Military issue helmets. And the helmet liner marked ABL 1949 XB 1951. Helmet is in good condition!

The photographs make up part of the description, I will describe the item the best I can and to the best of my knowledge. As the buyer please view the photos carefully before purchasing. This will be sent via 1st class signed for if the value is under £60 and anything over will be sent via express 48 Parcelforce or Royal Mail special delivery and dispatched within two to three working day’s. Also happy to post world wide.