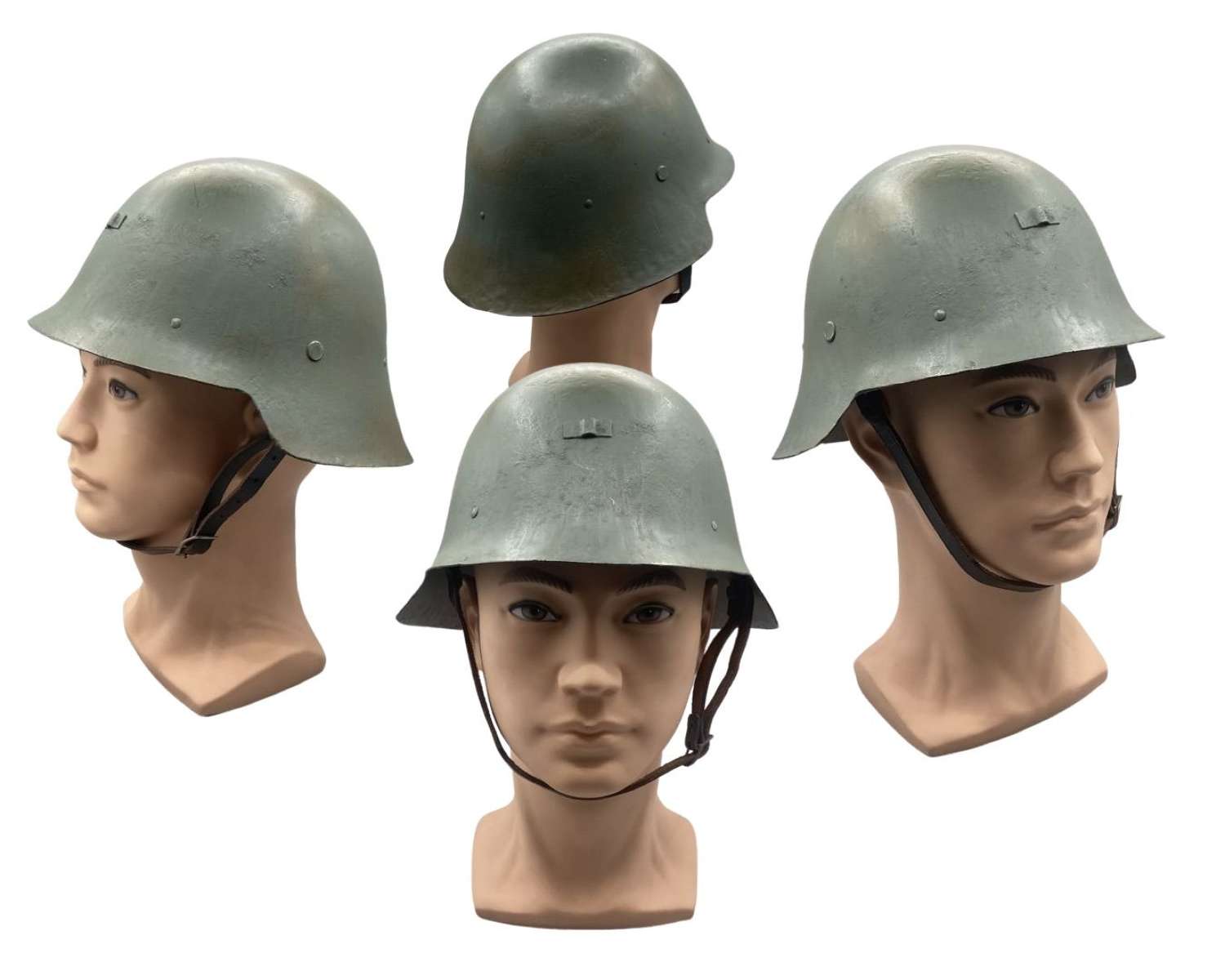 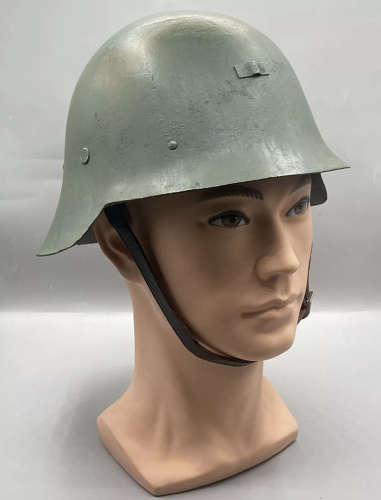 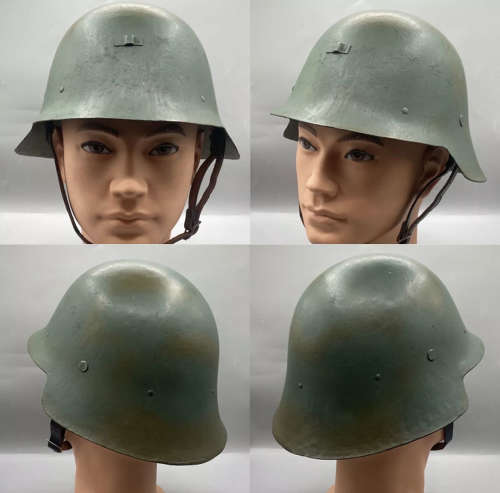 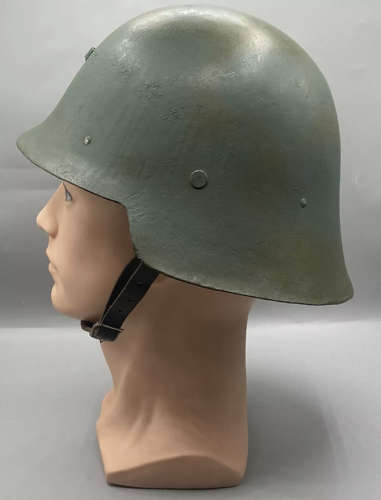 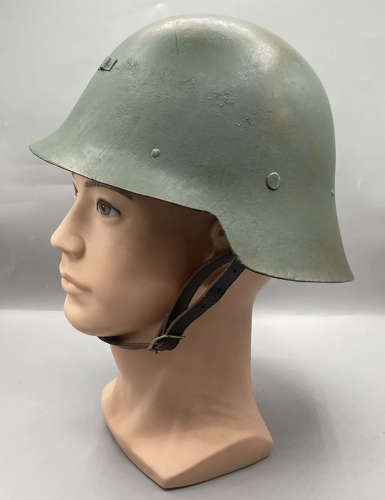 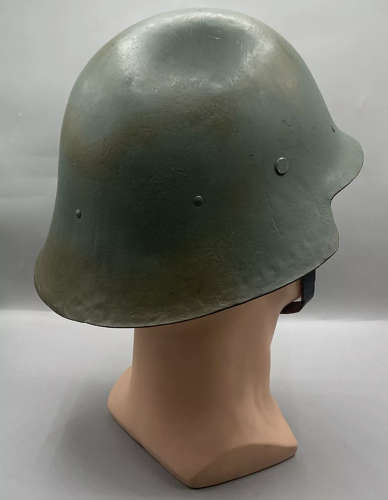 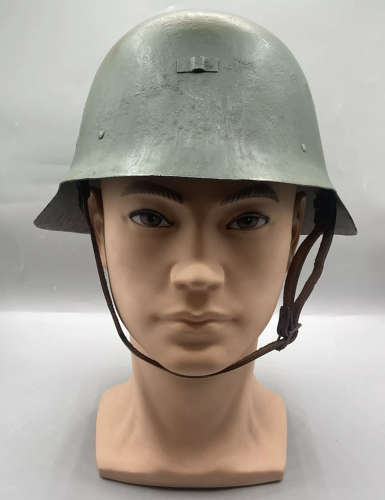 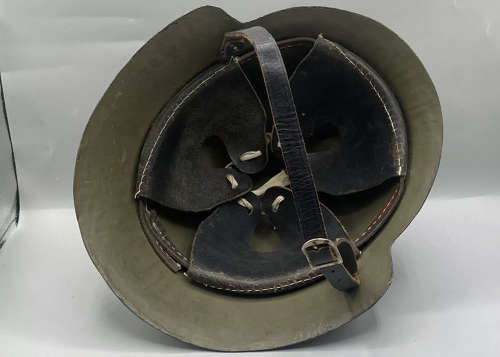 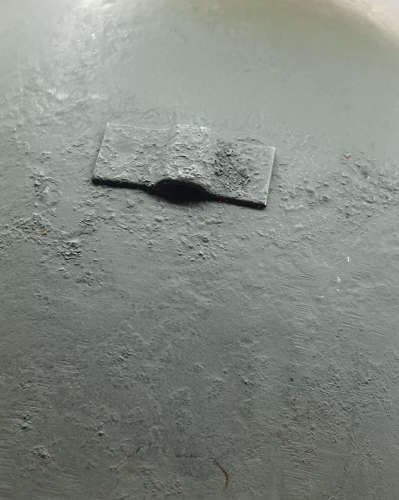 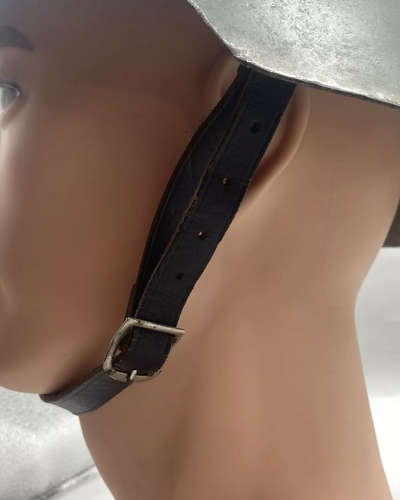 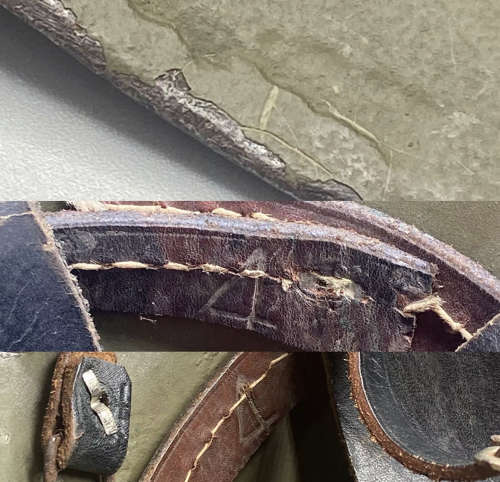 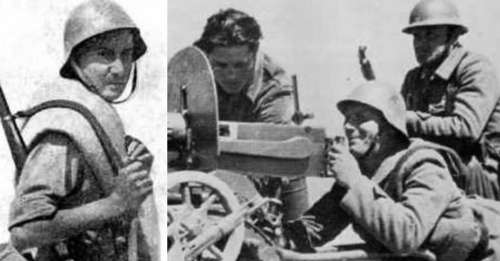 For sale is a rare pre Civil War Spanish Con Ala M1926 Helmet which was Refurbished in 1943 for the “new” Franco badges as Spain became Strictly neutral, this M1926 helmet has a rare Two Tone olive green and gelbbraun segment Camouflage pattern, one of which is incredibly rare! Unfortunately this helmet is missing it’s Franco badge.

The M26 helmet was made at the "National Arsenal of Artillery" in Trubia, this helmet is commonly referred to as a "Con ala" which translates to "With Wings" due to its flared sides, it was distributed in 1930 and was a common sight on the battlefields during the Spanish Civil War. This example is a pre Civil War model identified by the hollow side rivets and grey paint. These along with other helmets in service with the Spanish Army were all withdrawn in 1943 and refurbished, they had a coating of a light green paint and frontal brackets to hold the new "Franco" badges.

The final photograph shows the helmet in use in two examples.