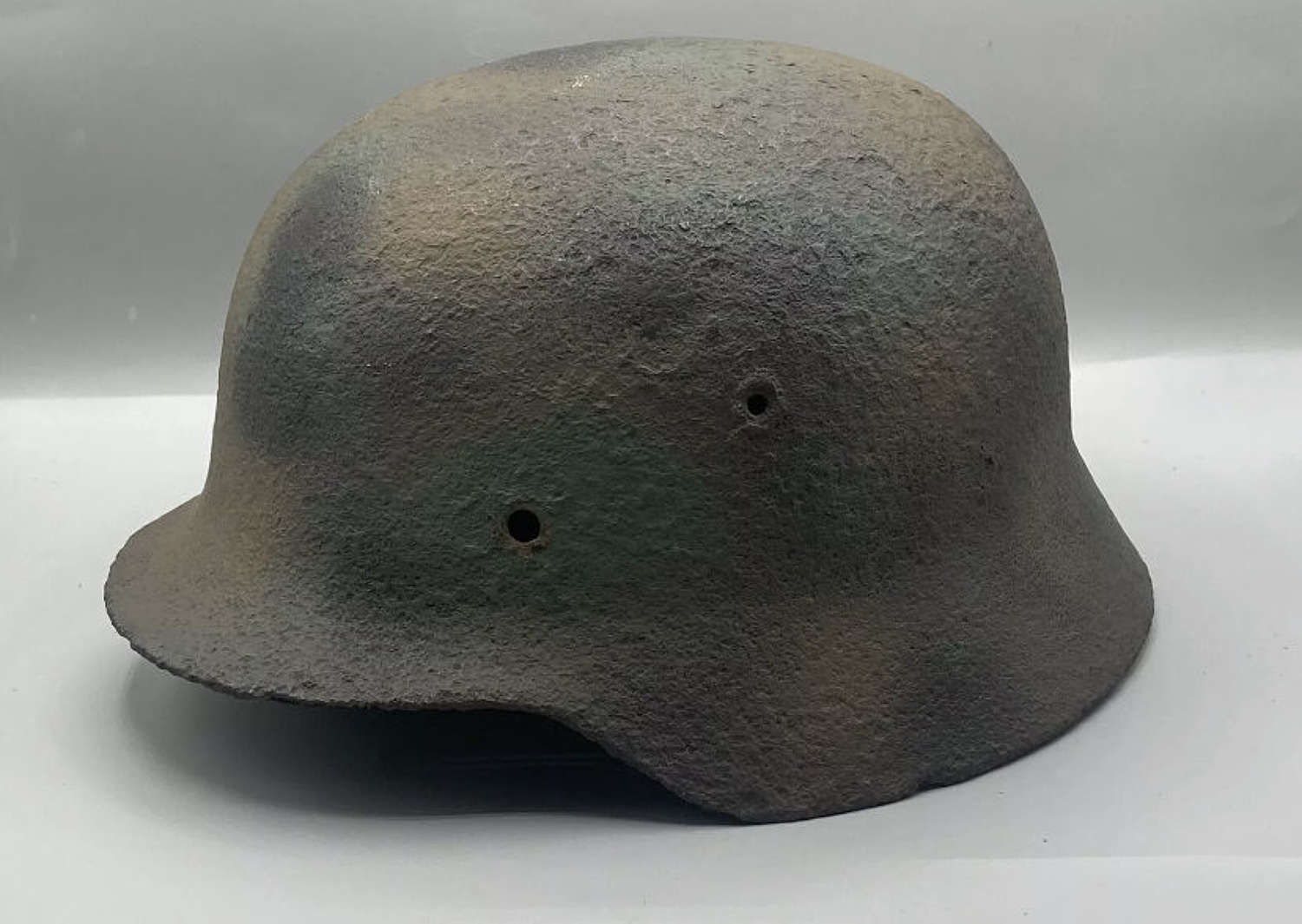 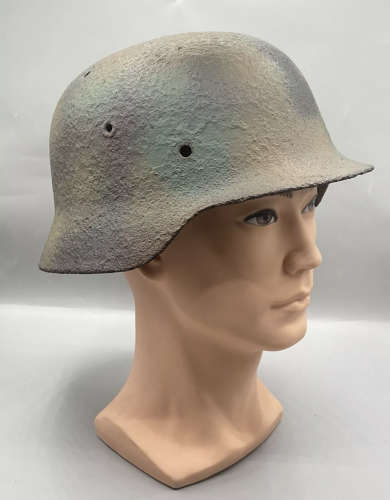 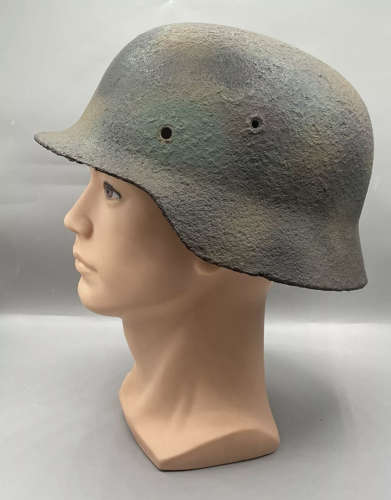 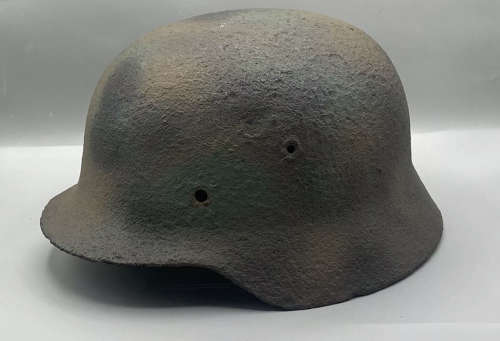 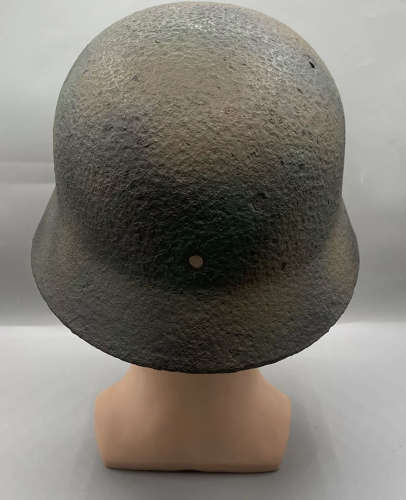 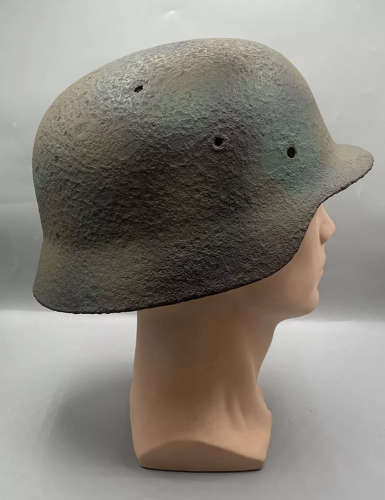 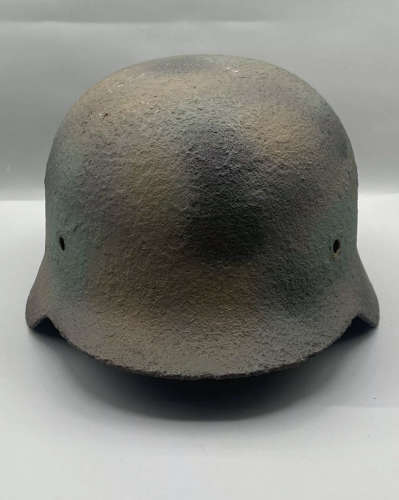 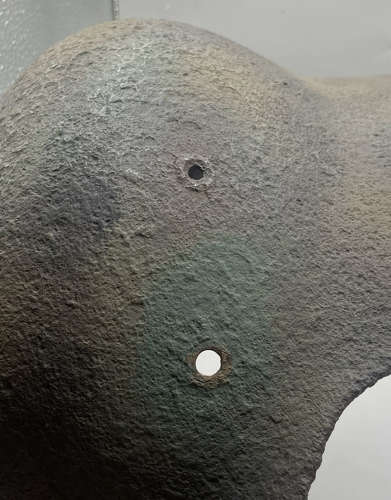 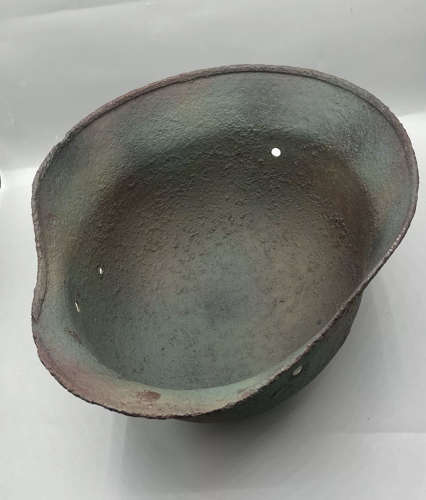 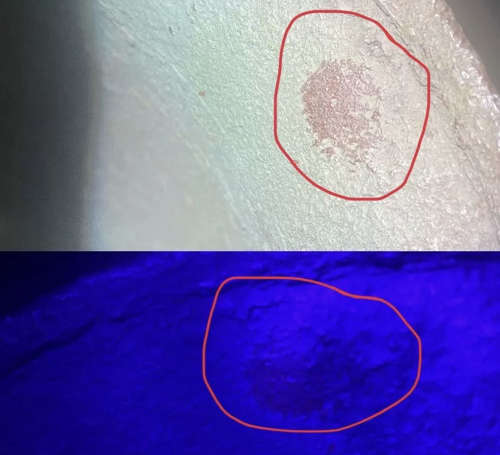 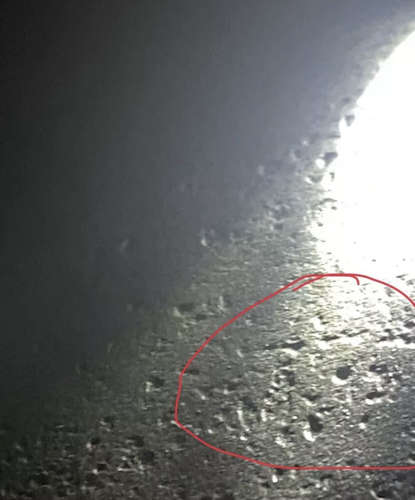 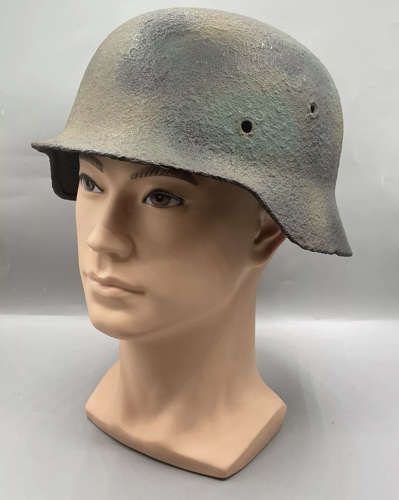 With a design that derived from the type used in world war one, the German helmet offered more protection then ones used by it’s enemies. The rolled steel rim and leather liner was a labor intensive product and simplified as the war progressed. The earliest model helmet used in world war two was the model 35 or M35 Stahlhelm. During the war the helmet was simplified in 2 stages. In 1940 the airvents changed from separate rivets affixed to the helmet shell to stamped in the main body of the shell. In 1942 a new model was introduced where the rim of the shell was left sharp and not rolled over as previous models. These models are known in the collector community as M40 and M42.I believe that this helmet has been made by Vereinigte Deutsche Nikelwerke, Schwerte in which its manufacturing stamps are NS62 D277.As it still has a partial visual stamp of 77 which can be seen in the final photograph. Also the eleventh photo shows the helmet under UV light, in which it shows that the camo paint job is most likely a period one as it does not glow under UV, at the front of the helmet is a small splodge of brown modern paint, which glows under UV compared to the rest of the helmet where it does not glow.
The photographs make up part of the description, I will describe the item the best I can and to the best of my knowledge. As the buyer please view the photos carefully before purchasing. Guaranteed original or money back. This will be sent via 1st class signed for if the value is under £60 and anything over will be sent via express 48 Parcelforce or Royal Mail special delivery and dispatched within two to three working day’s. Also happy to post world wide.