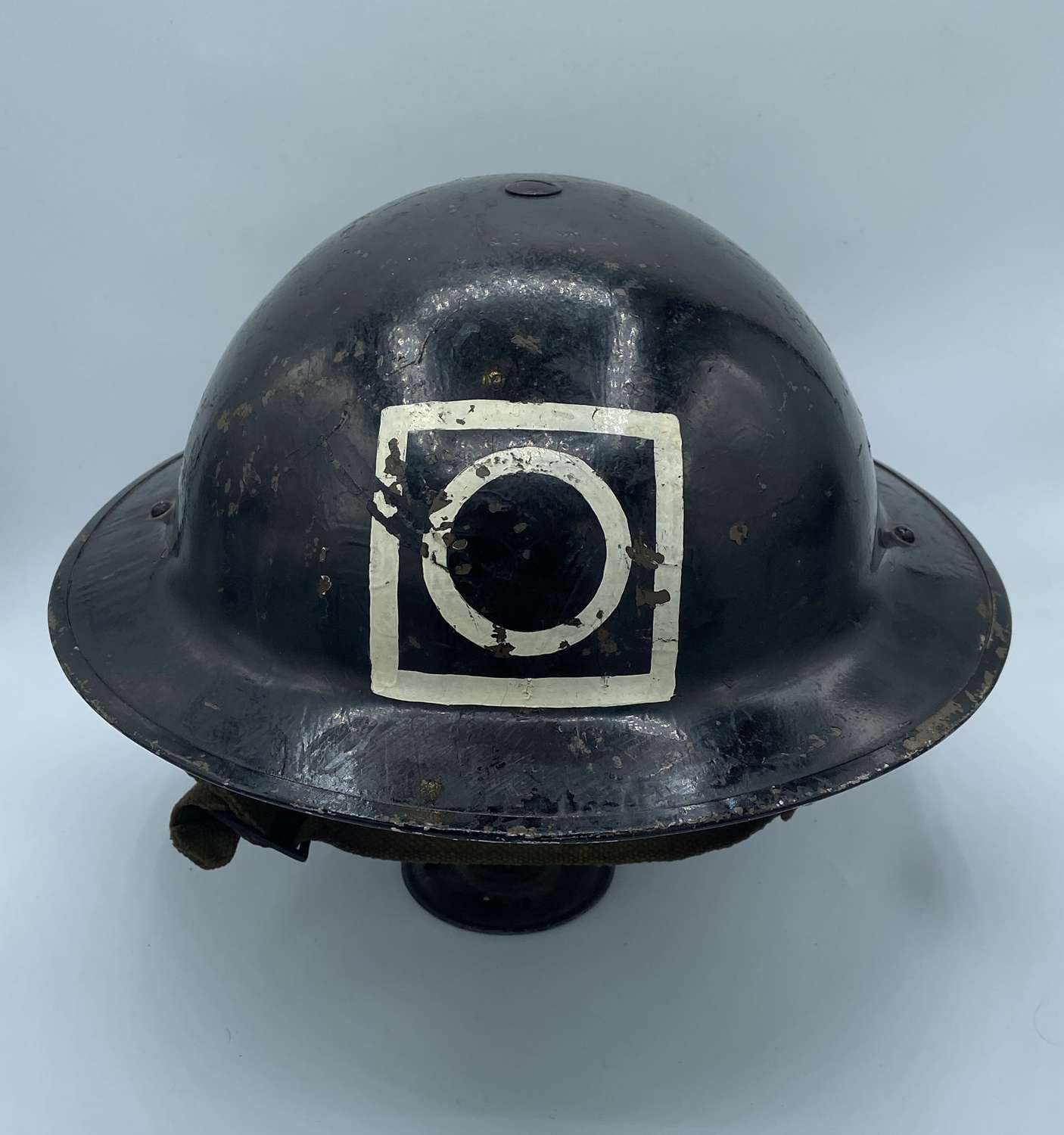 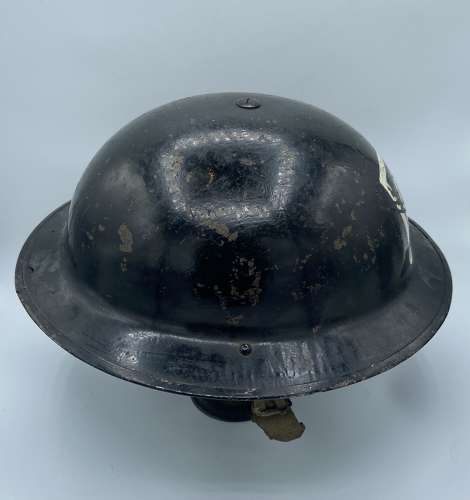 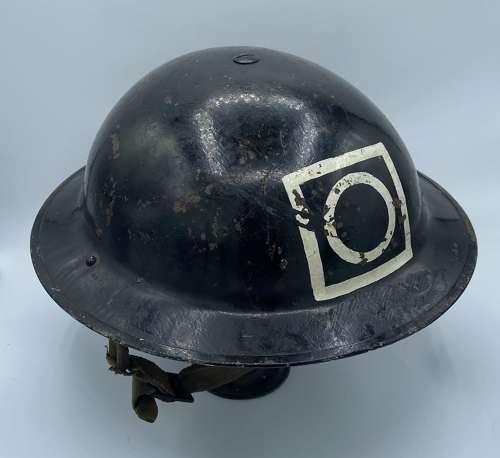 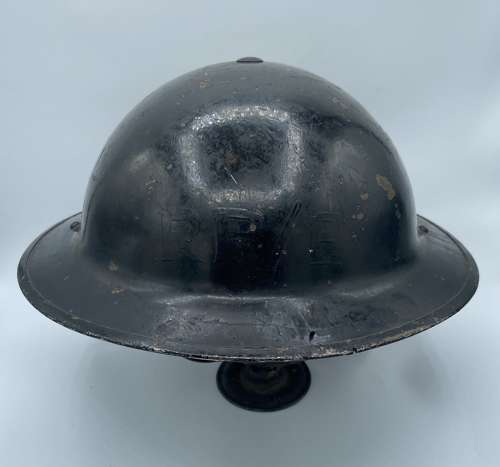 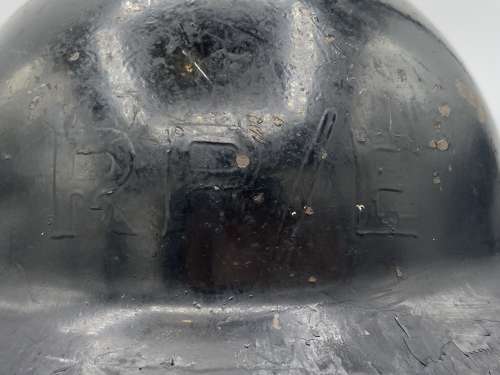 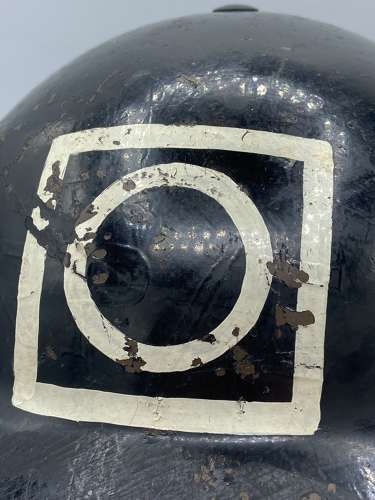 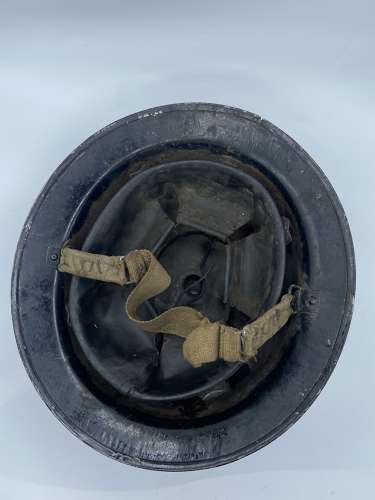 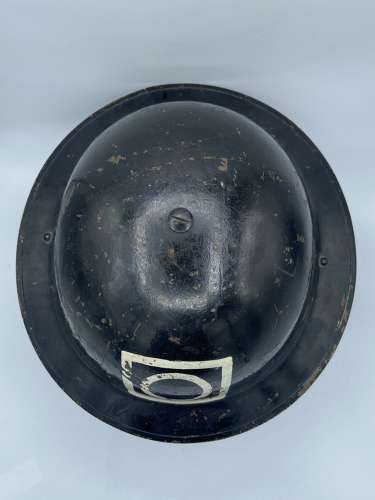 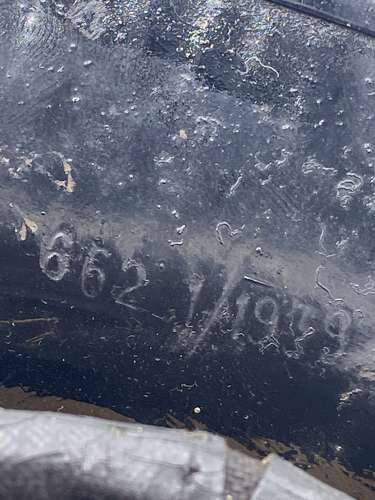 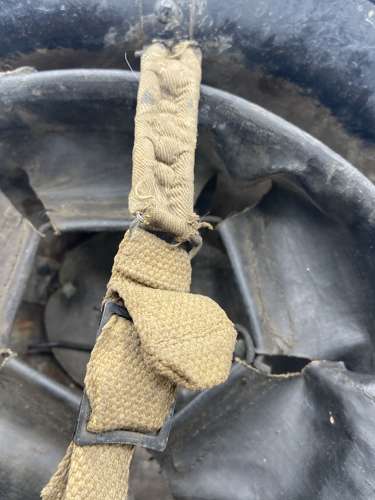 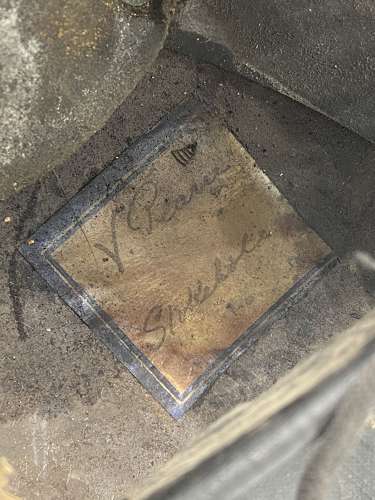 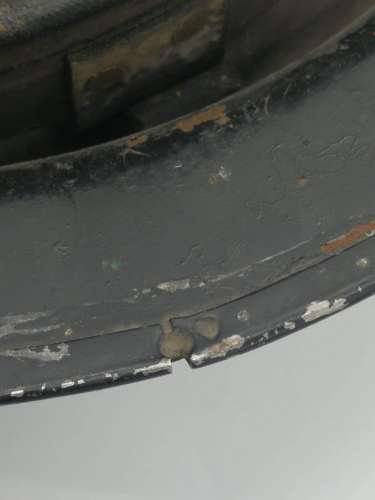 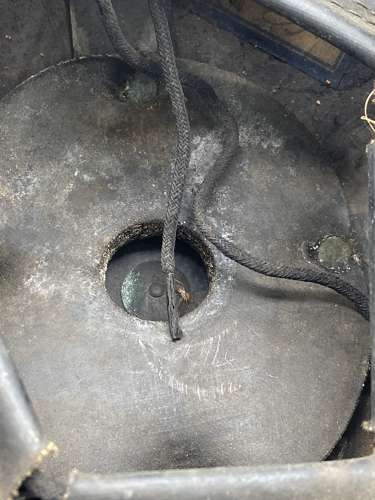 For sale is a rare WW2 MK2 British Rescue Party Electrician helmet which has had a Wartime Convert to a 29th Infantry Brigade Helmet. This helmet is in good condition originally made as a Rescue Party Electrician Helmet, as in the undercoating you can see RP/E. The helmet stamped inside states “ F&L 662 1/1939” meaning it was made in 1939 by Fisher & Ludlow Ltd of Birmingham who produced from 1932 to 1942. The helmet also has a blue and white paper label inside the helmet to “V Peare Slokelose 1”. The period wartime overcoating of the paint is black and holds the formation sign of the 29th Infantry Brigade (United Kingdom). The 29th Infantry Brigade was an infantry brigade unit of the British Army. It was originally raised in 1914 and saw service during the First and Second World Wars and the Korean War. The helmet is in good condition, along with the liner, and a good condition strap. I believe the liner is a MK1 as an overall crown pad. These are guaranteed original or money back guaranteed. These will be sent via special delivery and dispatched within two to three working day’s.