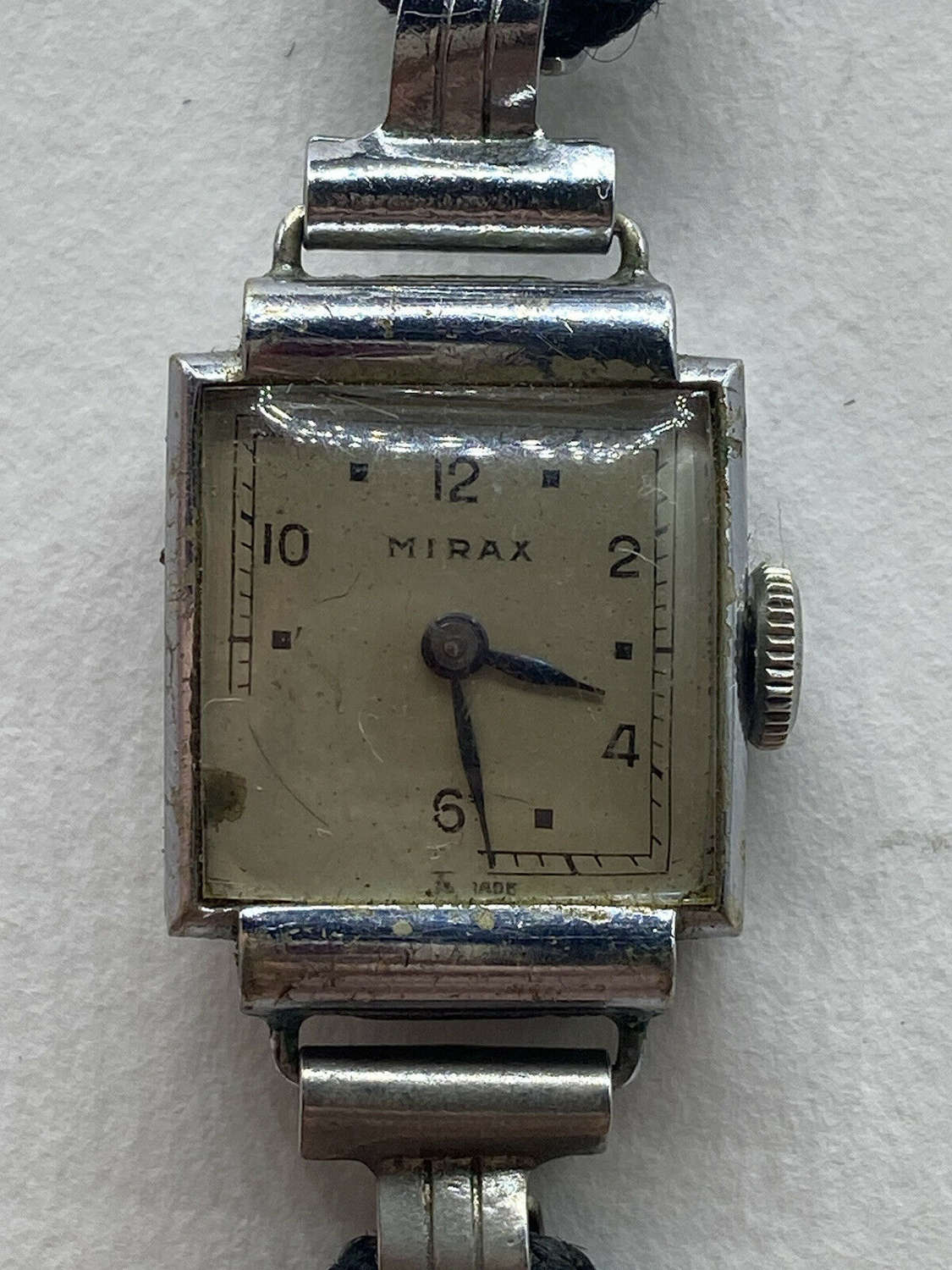 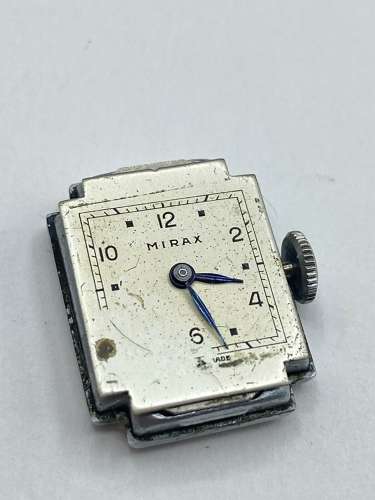 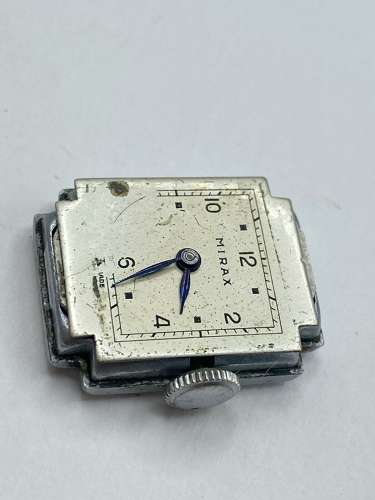 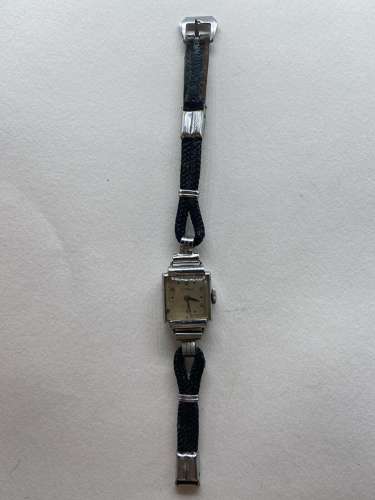 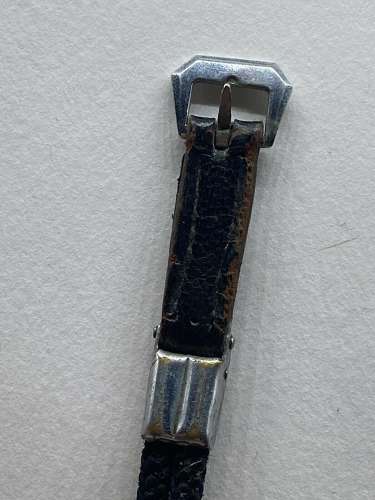 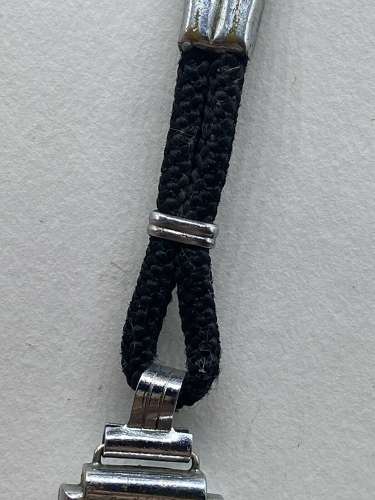 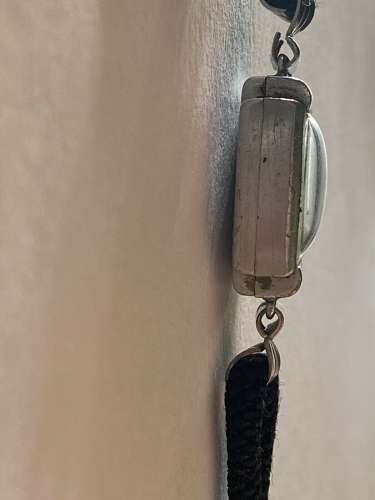 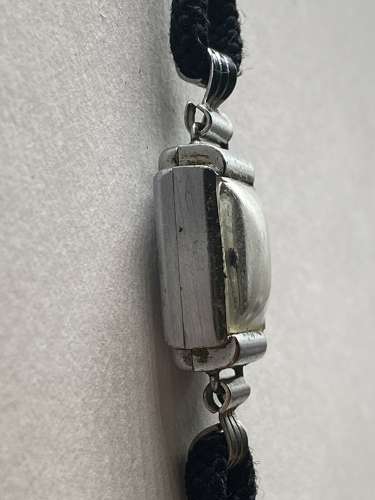 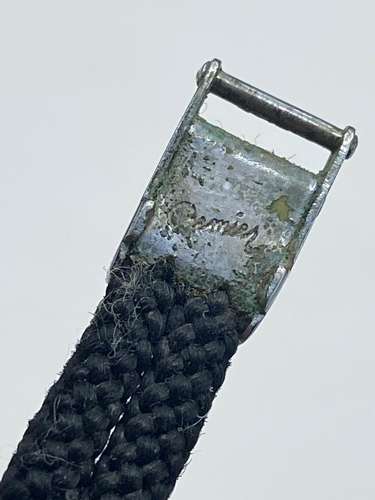 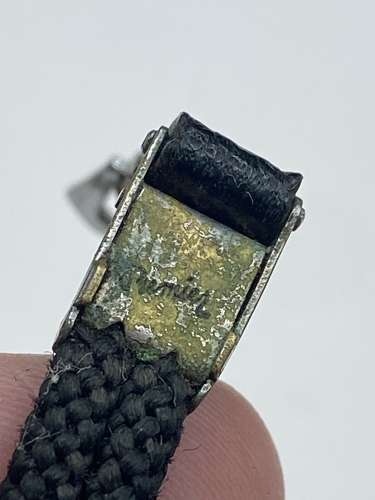 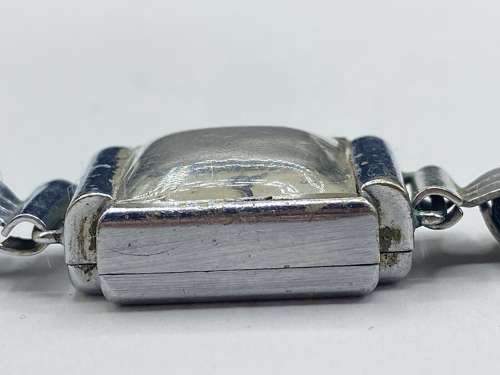 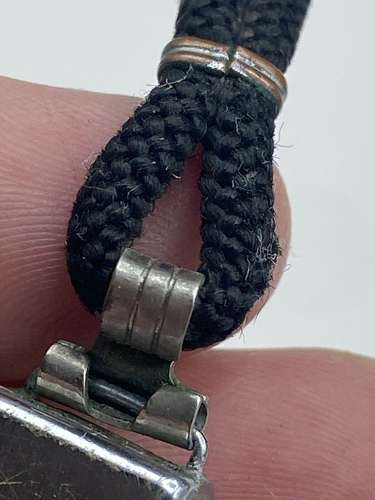 £35.00 Approx $42.94, €40.75, £35
(1 in stock)
Qty
For sale is an antique Art Deco silver plate Mirax Swiss Made Domed Glass Womens Wrist Watch. With the original leather and rope strap. The glass dome is a very thin layer of domed glass, around 1920s is a beautiful little piece. The watch is working brilliant and keeps great time.
Mirax otherwise known as Schild & Co. This Graizely-Schild partnership was dissolved between 1906 and 1915, with the license passing to a new company, Schild & Co in La Chaux-de-Fonds. Production of Hebdomas watches by Schild is commonly said to have begun in 1913, though it is clear that many examples predate this. It received medals as early as 1896 in Geneva and was seen in Paris, Chicago, and Milan before 1910. It was said that the La Chaux-de-Fonds factory was producing 1000 examples per day with 1000 workers by 1918.
In 1920, Schild consolidated production of 8-day movements with the acquisition of the "Septima" brand. The company also manufactured an electric clock for automobiles known as the "Reform". Another Schild brand, "Orator", was established in 1944 and became the primary brand for these 8-day clocks. Production of the Hebdomas 8-day movement continued through the 1950s, though it was considered too large for wrist use by that time. After a short hiatus, it was re-launched by Schild in 1968 and remained in production in pocket watches until Schild entered insolvency in 1979.
Schild used many other brands in those years, including "Abyssal", "Adelco", "Air-Time", "Calendron", "Champion", "Christina", "Cortland", "Cosmos", "Cosmos-Electric", "Cristal Watch", "Cristama", "Cristina", "Dafinos", "Duchesse", "Duplex", "Eclair", "Electras", "Electrora", "Elivar", "Federate", "Fidelis", Florys", "Fullswing", "Globemaster", "Klement", "Mirax", "Perpetua", "Punktal", "Sonanto", "Starco", "Superior", "Tempus", "Texture", "Tresor", "Triumph", and "Vigor". The company was reorganized in 1986 as Fibeg SA in Bienne.
Also it appears that part of the dial is missing and the silver plate is very worn down in places so please see photos for more details. Guaranteed original or money back. This will be sent via 1st class signed Royal Mail for and dispatched within 2-3 working days.