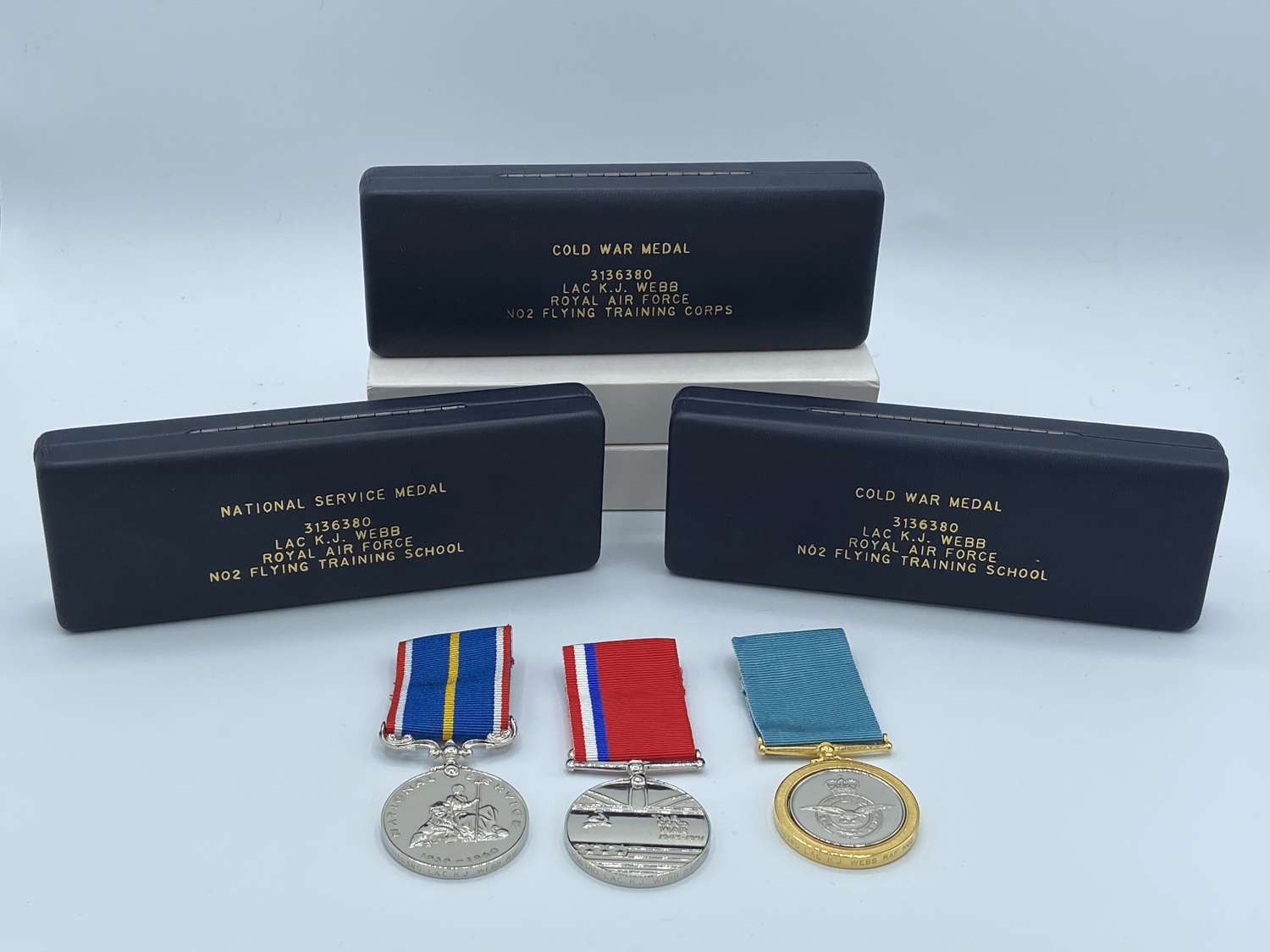 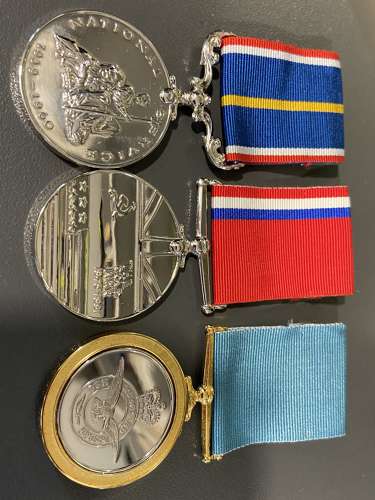 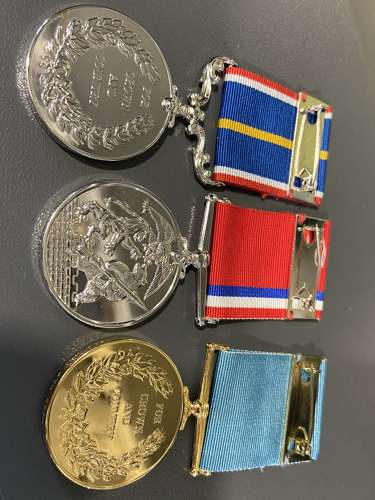 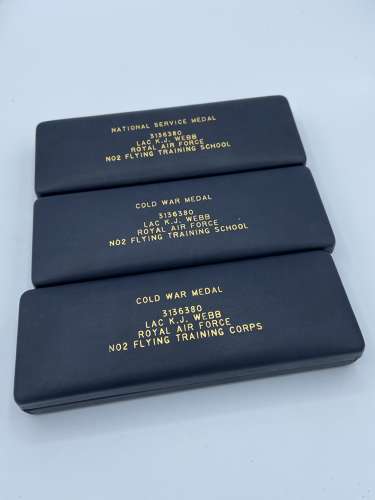 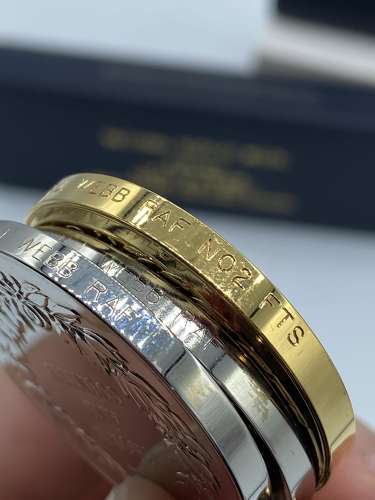 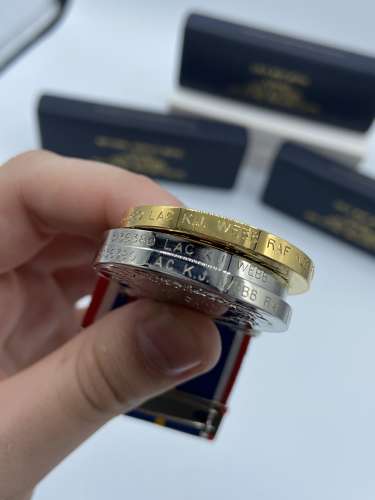 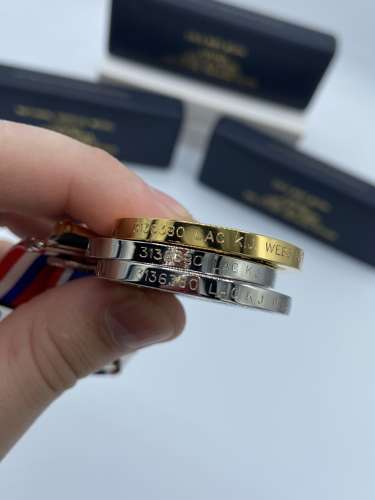 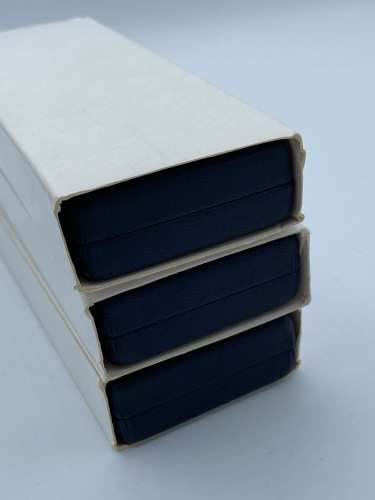 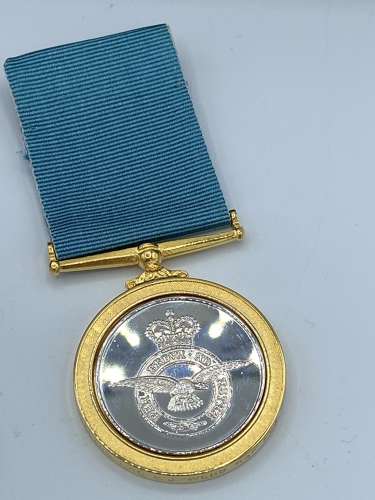 1. The RAF Commemorative Service Medal honours service to Crown and Country. The RAF crest has been die-struck to our exacting standards and set in a striking 36mm, 24ct gold-plated medal.

2. The Cold War Medal marks service with British & Allied Forces during The Cold War 1945 – 1991, their next of kin or direct descendants.

3. A commemorative medal, originally proposed and sponsored by the Royal British Legion, available to those who performed National Service, both military and civilian, between January 1930 and December 1960. Next of kin or direct decendants may also apply.

This will be sent 1st class signed for and dispatched within two to three working day’s.