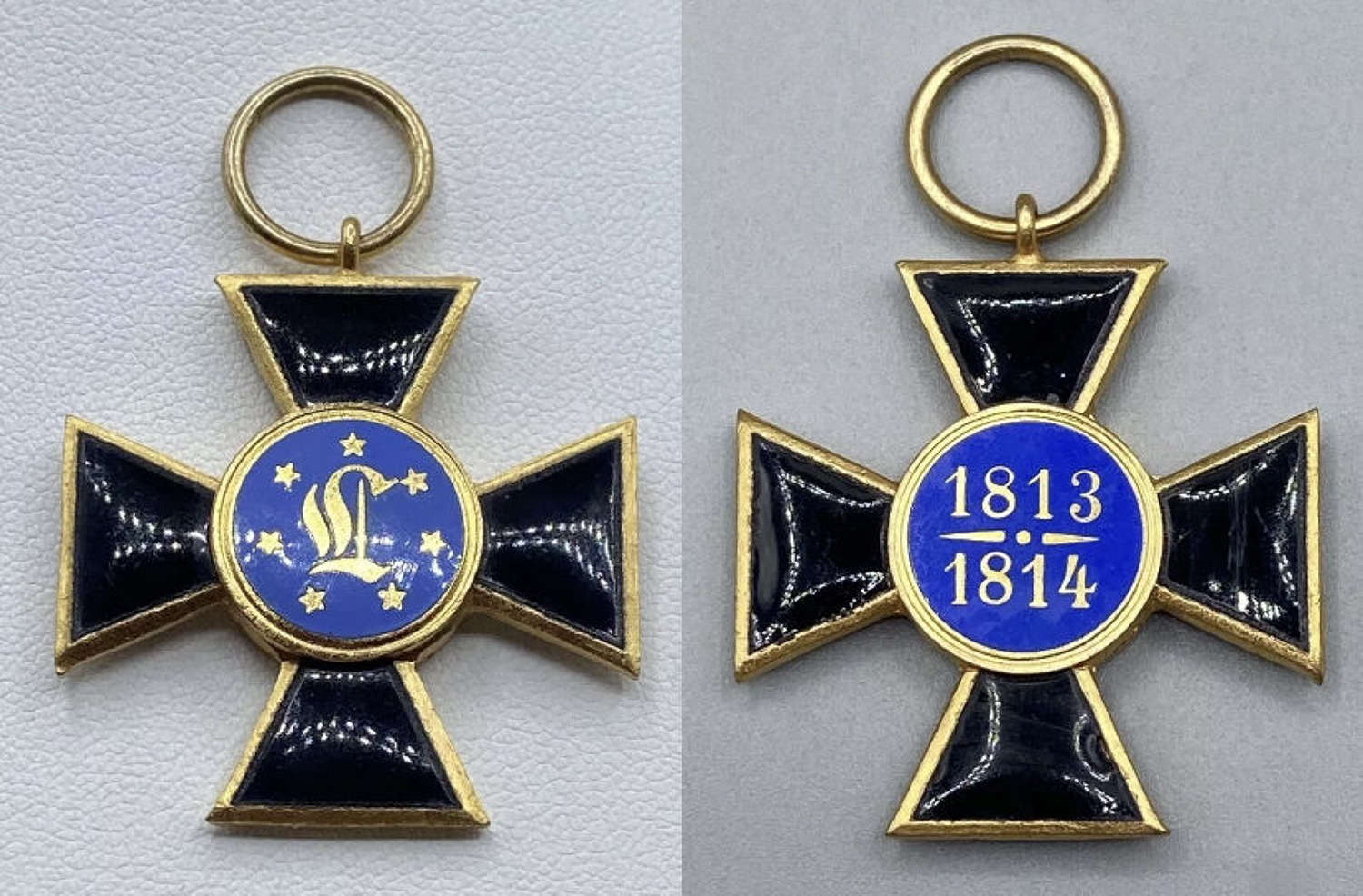 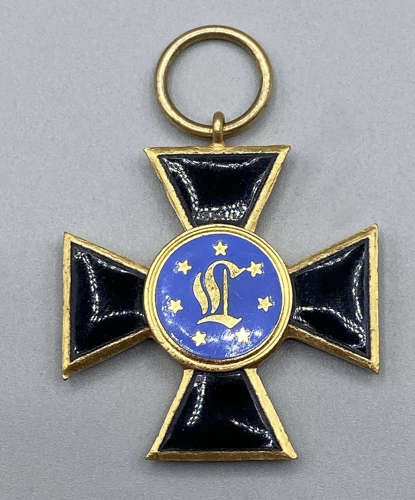 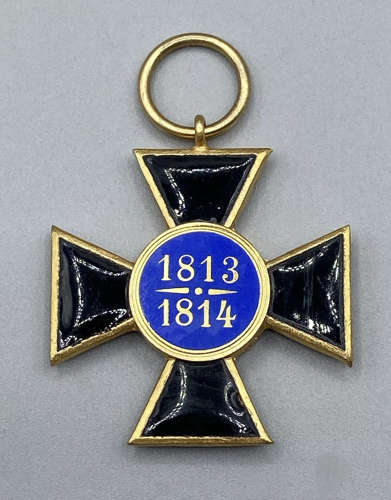 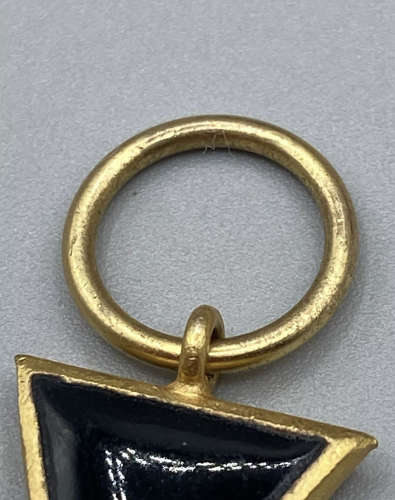 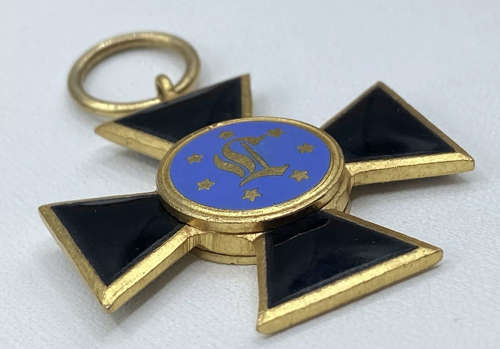 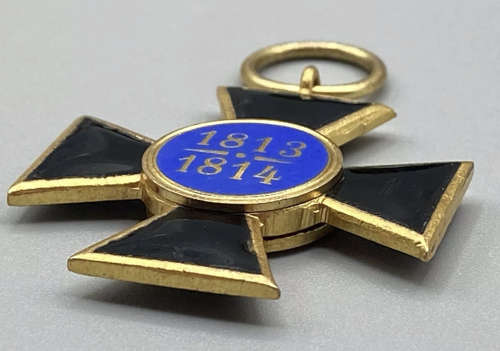 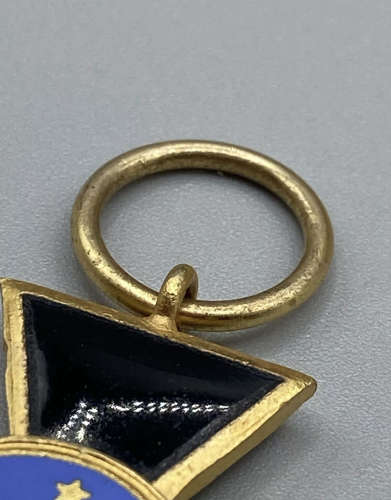 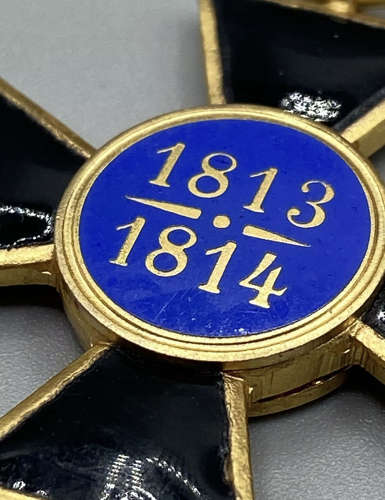 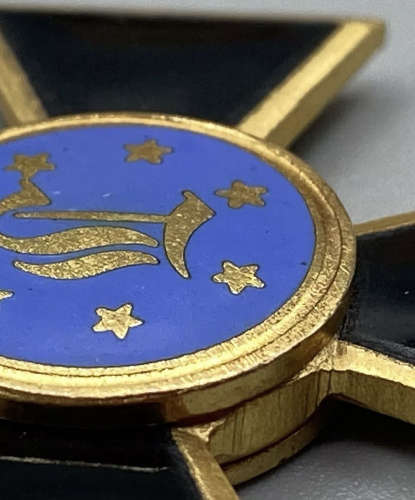 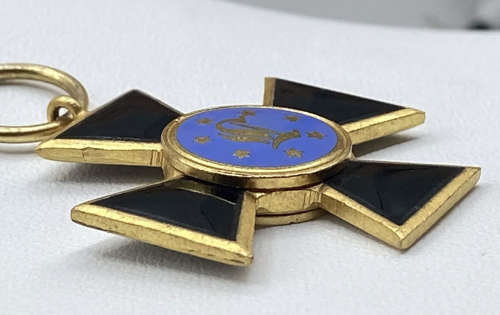 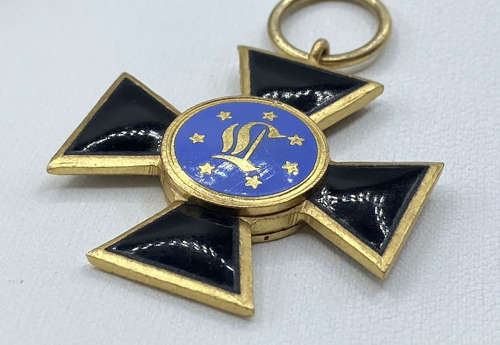 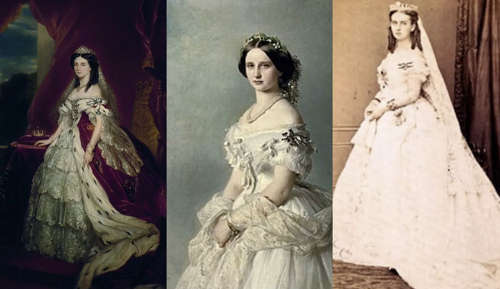 For sale is a extremely rare The Order of Louise (or Luisen-Orden in German) was founded on 3 August 1814 by Frederick William III of Prussia to honor his late wife, the beloved Queen Louise. It was intended strictly for women whose service to Prussia was worthy of such high national recognition. Its dame companion members were limited to 100 in number, and were intended to be drawn from all classes.

The final photograph shows three of the recipients wearing the order of Louise. From left to right :

The Chief of the Order of Louise was the reigning queen. Daughters in the royal family were invested with this order in lieu of the Order of the Black Eagle, Order of the Red Eagle Grand Cross, Prussian Crown Order First Class, and Royal House Order of Hohenzollern that were reserved for the sons.

The Order of Louise was renewed with each successive monarch. At its initial creation in 1814, the Order was only available in one class. A second class was added during the reign of Wilhelm I.

The Royal Prussian Louisenorden (also: Luisenorden) was the highest lady's order of the Kingdom of Prussia and was founded on the 3rd August 1814 during the freedom wars against Napoleon I donated by King Friedrich Wilhelm III in memory of his wife Queen Luise, who died in 1810.

When the men of our brave armies bled for the fatherland, they found labsal and relief in the nurturing care of the women. Faith and hope gave the mothers and daughters of our country the strength to satisfy the concern for theirs who fought with the enemy and the pain for the lost through persevering activity for the cause of the fatherland and their essential aid for the great cause were not missed anywhere."

On the 30th October 1865, King Wilhelm I created the second division of the Order, which was divided into two classes and had smaller, non-enamelled crosses.

The medal of the originally one-class Louis Order is a black enameled gold cross. In the obverse middle medallion, which was enamelled sky blue, there is the monogram L within a wreath of stars. The reverse of the first model shows the years 1813 - 1814 and after the revolution of 1848 the numbers 1848 - 1849. This second model was only available from 1850 awarded.

The order was worn in a bow made of white ribbon with black edges on the left chest. Non-Christian bearers received a golden medal instead of the cross with the same center medallion as in the verse of the cross.

The Jew Amalie Beer received a modified version of the order out of consideration for her religious feelings.

The number of borrowers who had to have Prussian citizenship was limited to 100.For individual bearers of this order, see Carrier of the Louisen Order.

The text of the original royal proclamation that created the Order roughly translates as follows:

When the men of our brave armies bled for the homeland, you found relief in the maintaining care of the women. Faith and hope gave the mothers and daughters of the country the power… for the grand purpose (of the nation). It is impossible to honor or (decorate them enough) for what they have accomplished; but We find it justified to lend them an honor, whose (contributions) are especially acknowledged. We decree therefore hereby following:

1. The honor shall bear the meaningful name:

Establish that we with this, a small, black-enameled golden cross. The (center medallion) on both sides will be of sky blue enamel; with the letter “L” (on the obverse), surrounded by a wreath of (seven) stars; and on the (reverse) the year “1813/1814”.

2. This order is worn (suspended from) a bow of the white ribbon of the Iron Cross (and shall be worn) on the left breast.

3. The award (will be bestowed) without consideration of social position or rank; however only such persons can receive it, are, who belong to the homeland through birth or marriage, or otherwise nationalized (citizens).

4. The number (of members) is restricted to one hundred.

5. To its selection let's decree hereby a Capitel, which, under the chair of the woman princess Wilhelm Königl. Highness, out of four women …

6. The Capitel will consider candidates, of the feminine sex, from all provinces of the nation, carefully test their credentials, out of which they will decide the worthiest, select up to the available / vacant number (of memberships) and indicate them to Us (the king and emperor) confirmation being specifically reserved for Us. The bestowal / conferral of the award results then, after Our confirmation, under the signature of the Princess Wilhelm Königl. Highness.

7. We hereby order the management of the membership to the (wife of) field marshal count v. d. Gröben.

All together there were a total of 104 Order of Louise 1813 - 1814 1st class medals issued. Fortunately these records were detailed and kept preserved, the following 104 names were awarded this grand medal:

Princess Alice of the United Kingdom

Emma of Waldeck and Pyrmont

Princess Helena of the United Kingdom

Princess Irene of Hesse and by Rhine

Juliana of the Netherlands

Princess Katherine of Greece and Denmark

Louise of the Netherlands

Princess Marianne of the Netherlands

Princess Pauline of Waldeck and Pyrmont

Princess Sophie of the Netherlands

Wilhelmina of the Netherlands

The photographs make up part of the description. As the buyer please view the photos carefully before purchasing. Guaranteed original or money back. This will be sent via Royal Mail special delivery, insured and dispatched within two to three working day’s. Also happy to post world wide.