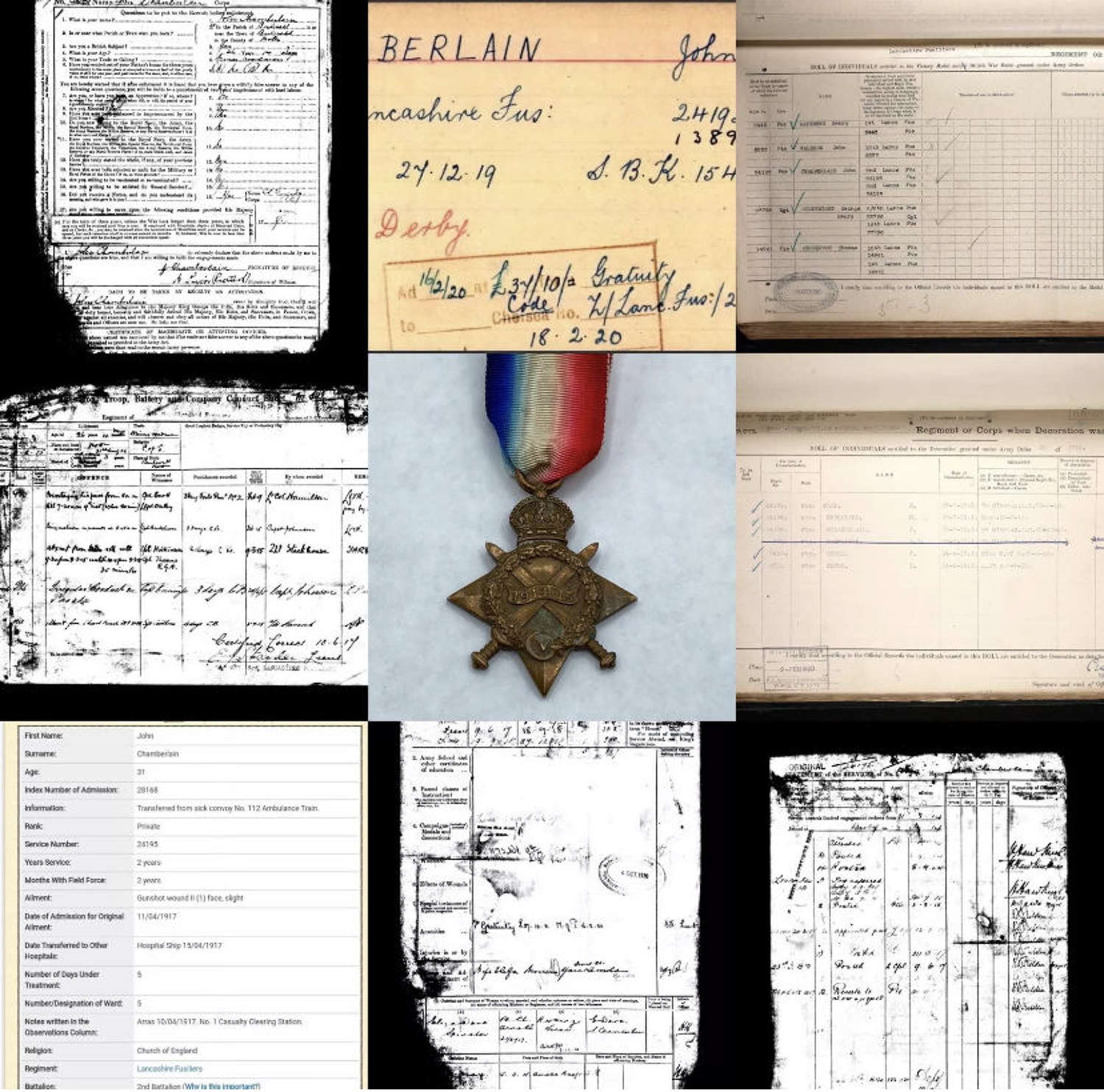 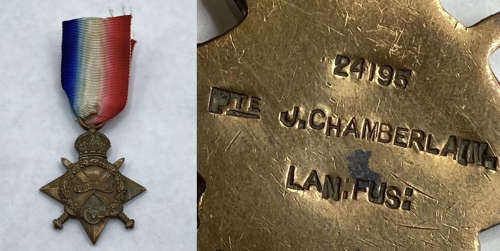 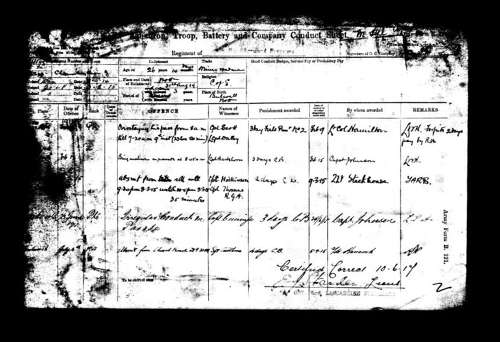 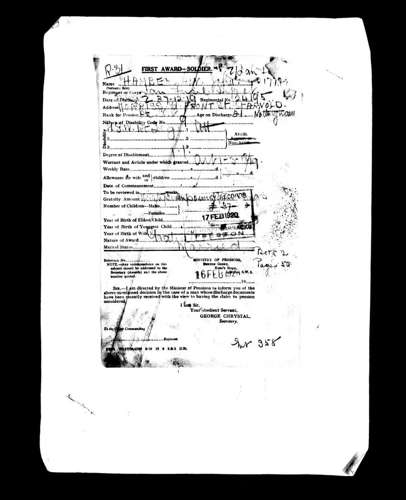 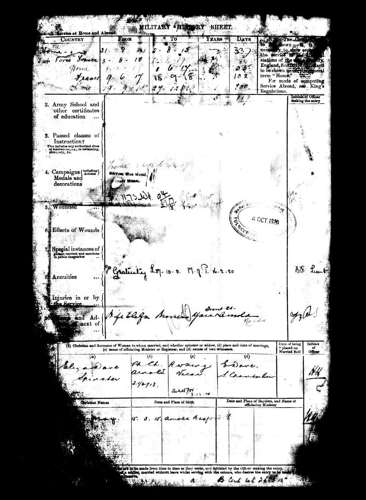 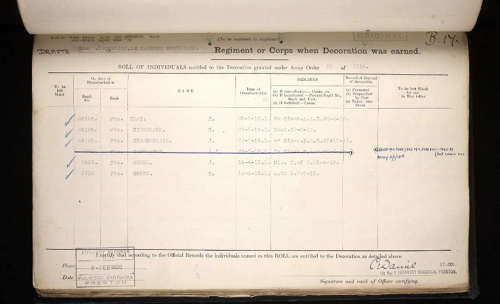 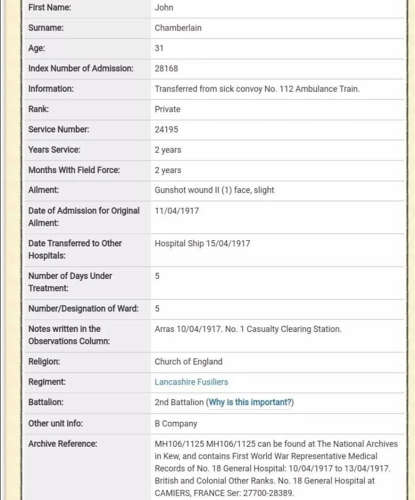 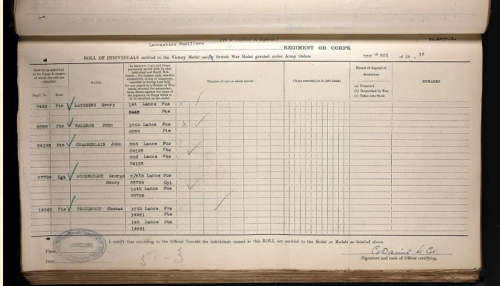 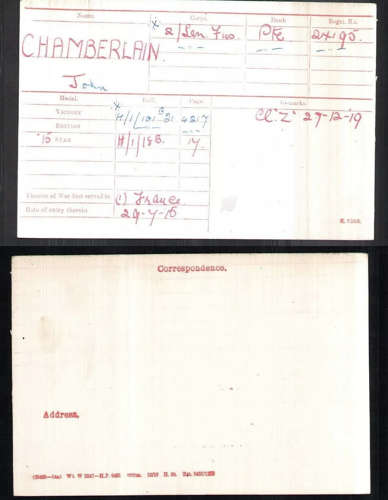 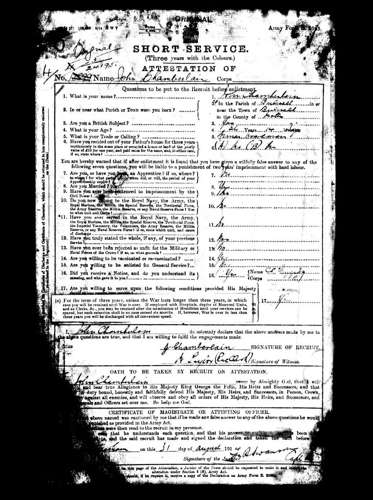 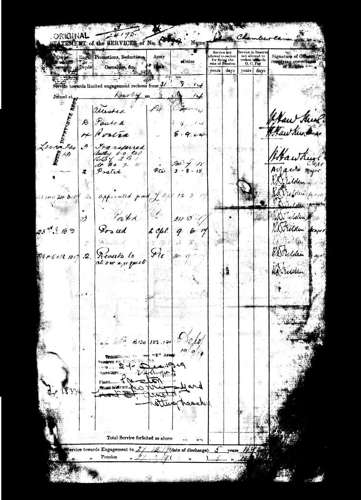 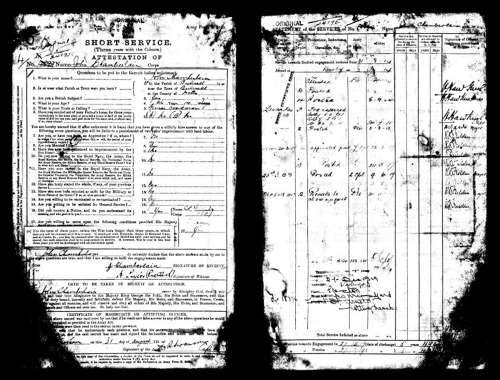 For sale is a WW1 British 1914–15 Star Campaign Medal & Ribbon With Research.

This medal is engraved on the back stating ”24195 pte j chamberlain Lan:Fus”. Soldiers full name is John Chamberlain, Church of England, Trade upon enlistment was a miner, Born in North Bulwell, who enlisted into the British army aged 26 Years 14 Weeks on the 31st August 1914 with the Sherwood Foresters and later transferred to the 2nd Battalion Lancashire Fusiliers.

The first piece of research in this group is a photo copy scan of his Squadron Troop, Battery and Company Conduct Sheet, regiment of the sherwood foresters. Age on enlistment 26 years 14 Weeks old, Church of England, trade on enlistment a miner, Place of enlistment north Bulwell, on the 31st August 1914. In which John Chamberlain committed 7 offences throughout his time serving in the British army, mainly offences of absences from duty.

Second piece of research in this group is a form labelled First-Award Soldier. Form filled out on the 16th Feb 1920. Rank for pension PTE, discharged in Nottingham, martial status as married, name John Chamberlain, discharged from Lancashire Fusiliers, discharged on the 27-12-1919. Upon Discharge his regimental number was 24195, and discharged to the current address Morris road, front ST Starnold, Disability code no 9.

Fourth piece of research is to 2nd Battalion Lancashire Fusiliers regiment of corps when decoration was earned roll of individuals entitled to the decorations grander under army order 20 of 1919: 24195 PTE Chamberlain J. Date of disembarkment 29-7-1915.1. To class Z.A.R 27112-19.

Sixth piece of research dated 14th June 1919, letter states: “Re 24195 Pte Chamberlain, The above named /s at present a patient at the Military Hospital Ashton in Makerfield, will you kindly forward A.F.B.103 in respect of this soldier so that I can comply with Demob Regula ti ons para 708 111.”

Seventh piece of research is the original statement of the services form. Left the forces after 5 years and 143 days.

Eight piece of research is the short service of three years with the colours affectation of John Chamberlain, questions put to the recruit before enlistment.

Tenth piece of research, Lancashire Fusiliers Regiment or Corps Roll of individuals entitled to the victory and war medals, in which John chamberlain was entitled to war and victory medal, but unfortunately these are not present.

All paperwork are scans of the original, upon winning the bid please message me if you would like printed out copies or digital scans.