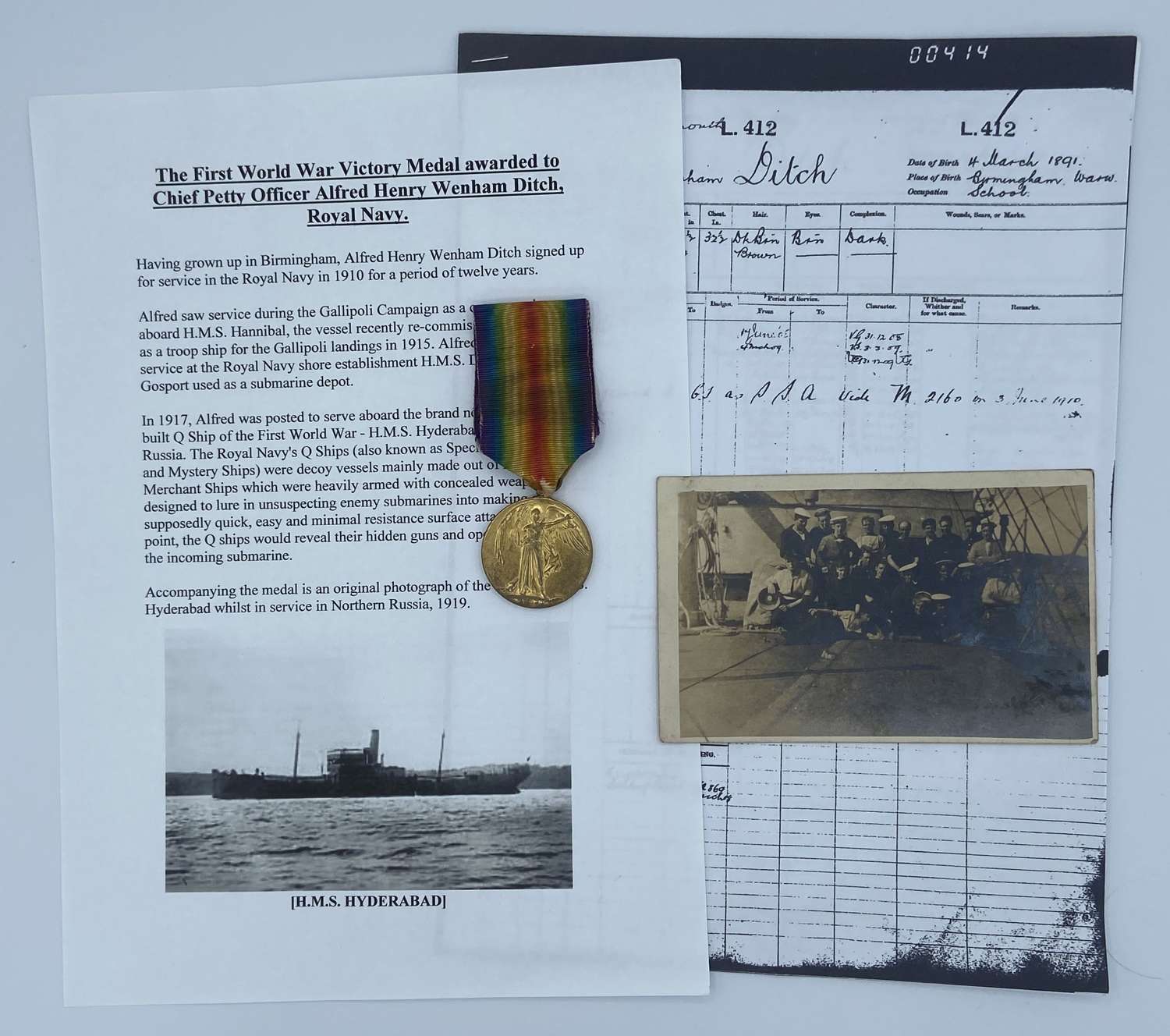 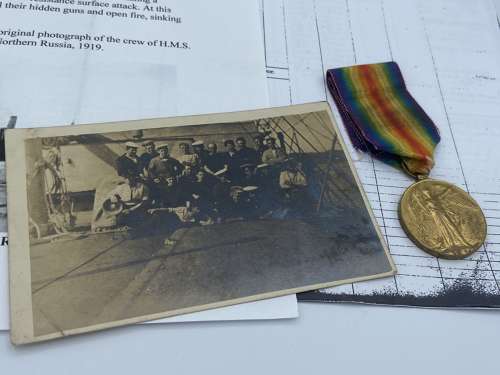 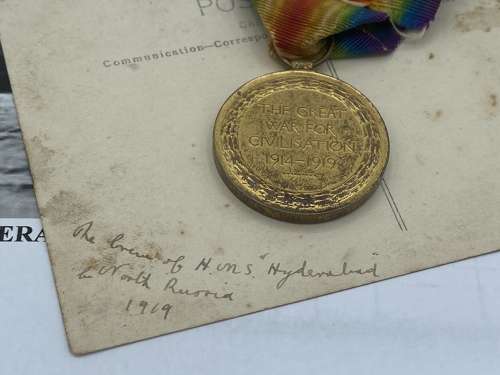 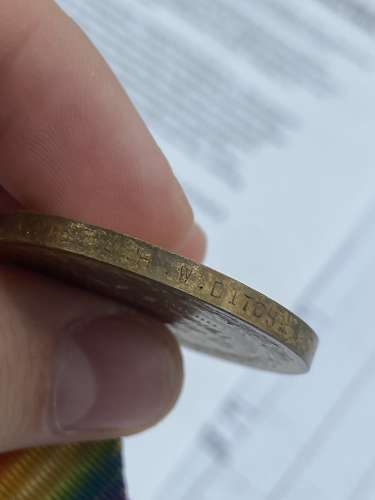 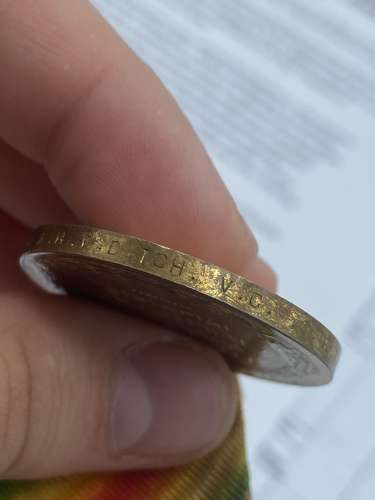 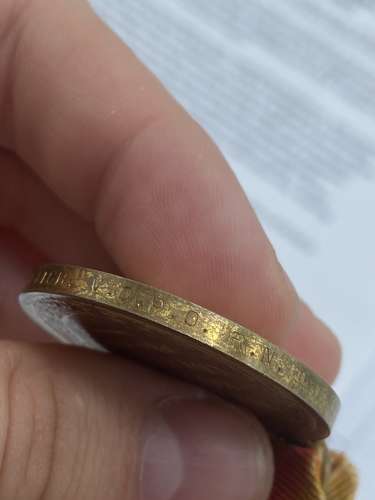 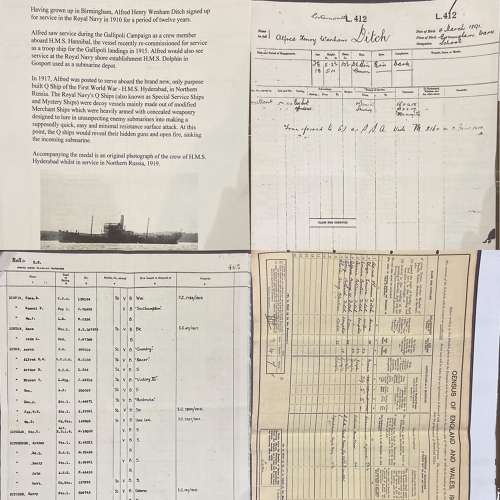 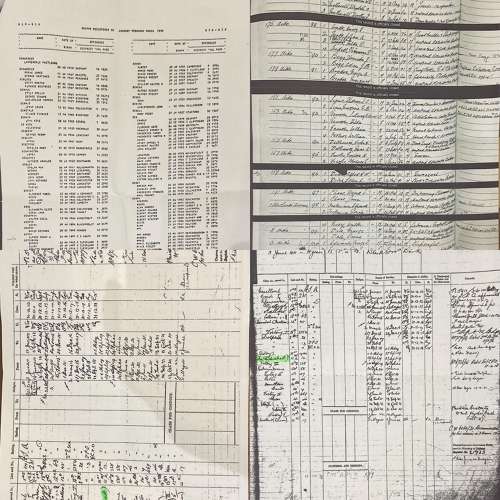 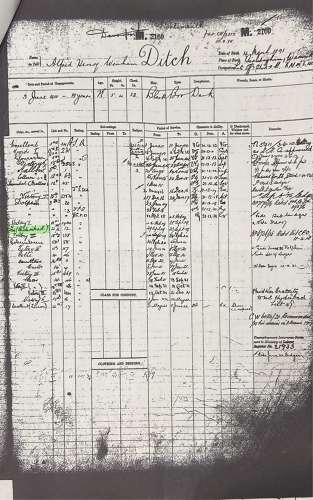 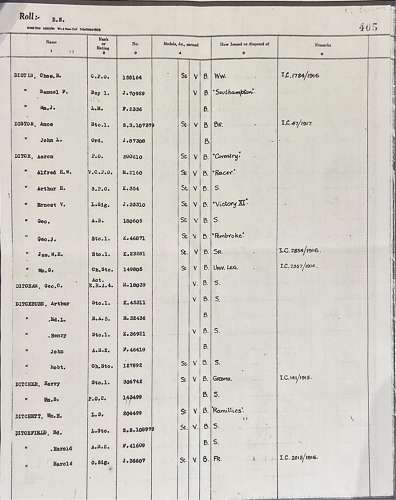 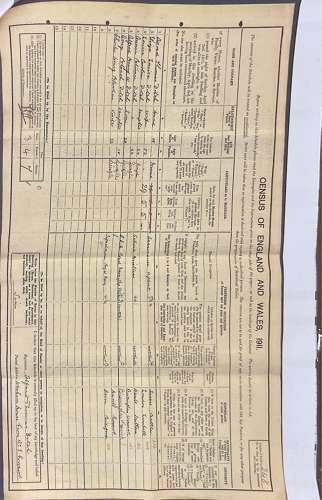 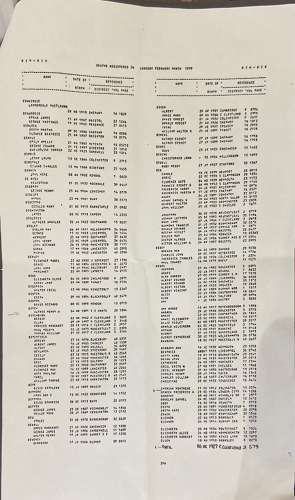 For sale is. Ww1 Victory medal to M2160 A.H.W Ditch V.C.P.O.R.N (which is on the rim of the medal). The First World War Victory Medal awarded to Chief Petty Officer Alfred Henry Wenham Ditch , Royal Navy . Having grown up in Birmingham , Alfred Henry Wenham Ditch signed up for service in the Royal Navy in 1910 for a period of twelve years . Alfred saw service during the Gallipoli Campaign as a crew member aboard H.M.S. Hannibal , the vessel recently re - commissioned for service as a troop ship for the Gallipoli landings in 1915. Alfred would also see service at the Royal Navy shore establishment H.M.S. Dolphin in Gosport used as a submarine depot . In 1917 , Alfred was posted to serve aboard the brand new , only purpose built Q Ship of the First World War - H.M.S. Hyderabad , in Northern Russia . The Royal Navy's Q Ships ( also known as Special Service Ships and Mystery Ships ) were decoy vessels mainly made out of modified Merchant Ships which were heavily armed with concealed weaponry designed to lure in unsuspecting enemy submarines into making a supposedly quick , easy and minimal resistance surface attack . At this point , the Q ships would reveal their hidden guns and open fire , sinking the incoming submarine . Accompanying the medal is an original photograph of the crew of H.M.S. Hyderabad whilst in service in Northern Russia , 1919 .