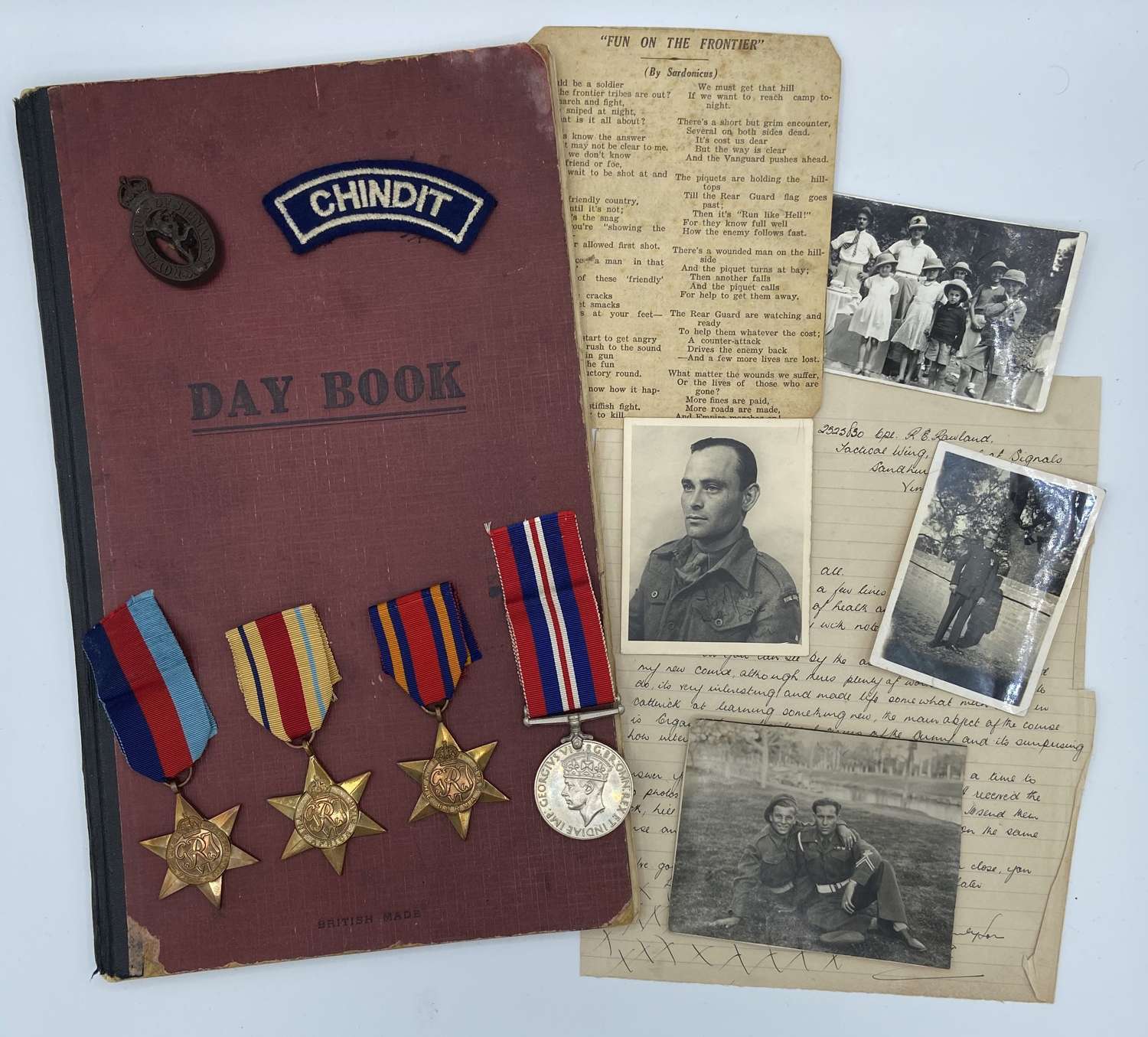 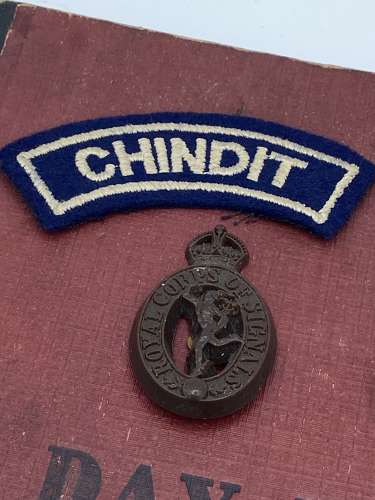 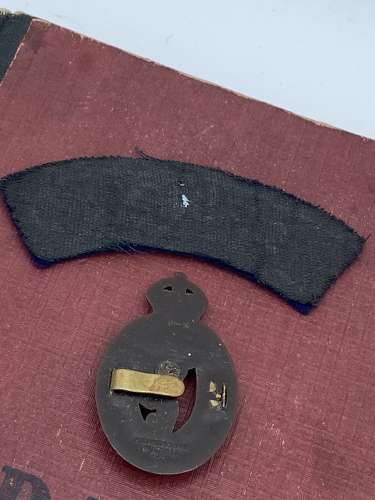 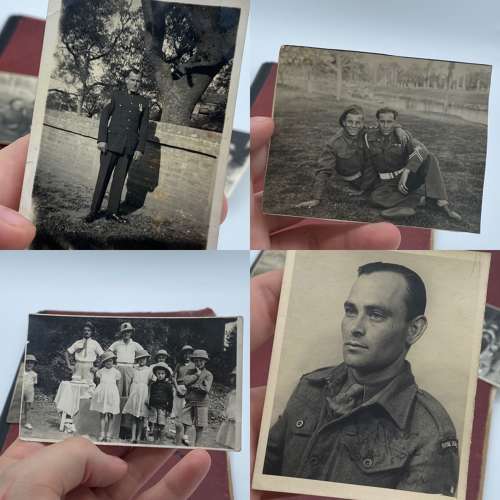 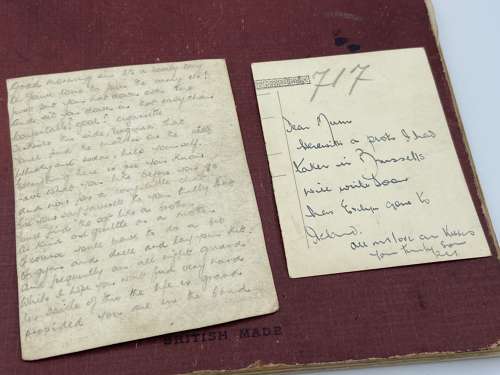 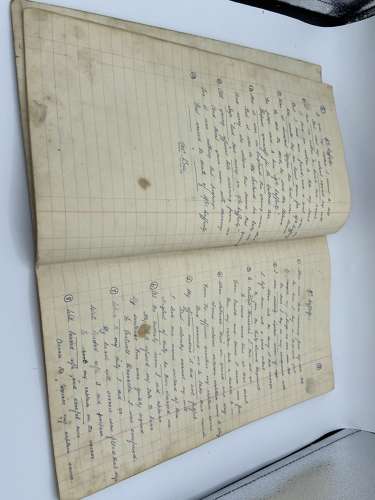 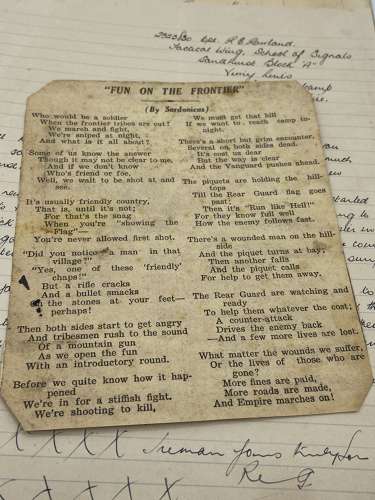 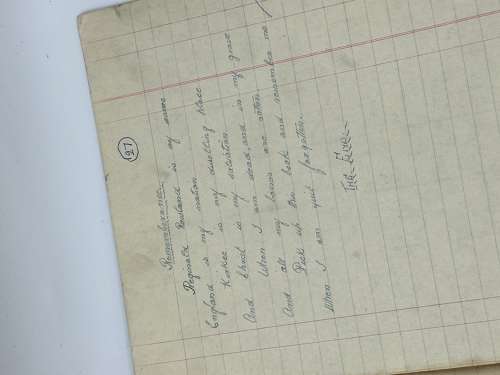 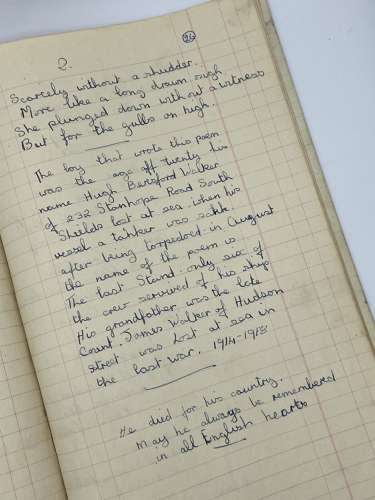 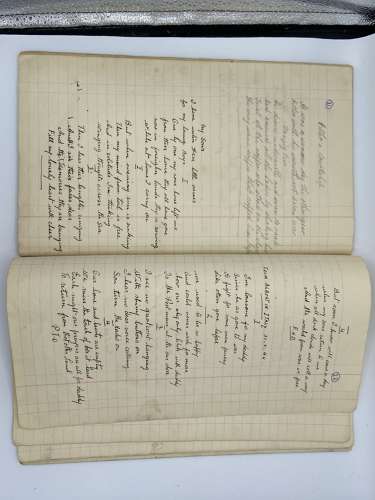 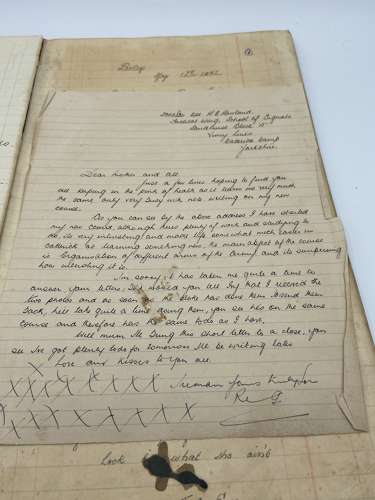 The following list is a rough outline/ titles of each page in this diary/ memoirs:

2. Poems R A Schooners, India land of sunshine and colours

3. Adventures of India, travel from Southampton to Bombay, battle of Mistanees, visited Sinee 1937

4. On the way back to England

11. Poem: Life in the army continued

15. Memories: joined the royal signals on the 3rd of May to June 1937, past qualifications for operator signals 31st of March 1938. Left callerick for a visit and tour of the Empire expedition in Glasgow 29 July 1938. Left catterick for aldershot on 24th August 1938. One month leave, left England for foreign service 1938.

16. Poem: will there be any cowboys in heaven

24. History of Rowlands life including his dad being in RHA

25. carry on of his history and his family’s military service

28. All Friends addresses from his corps

29. All Friends addresses from his corps

30. All Friends addresses from his corps

31. All Friends addresses from his corps

32. Poem: Remembrance: “ Reginald Rowland is my name England is my nation, kirkee is my dividing place in Christ is my salvation when I am dead and I’m in my grave and all my bones are Sutton Pick up this book and remember me when I am quite forgotten the end.

A fantastic collection of short stories and poems describing his time through out the war a really interesting lot!

Also in this lot is a letter, a published poem, four photographs of him, an economy royal signals badge, a chindit shoulder patch, and four medals: 1939-45 star, war medal, Africa star and Burma star.

This is a great lot with tons of research potential, a cracking piece of history! This will be sent special delivery and dispatched within two to three working day’s.