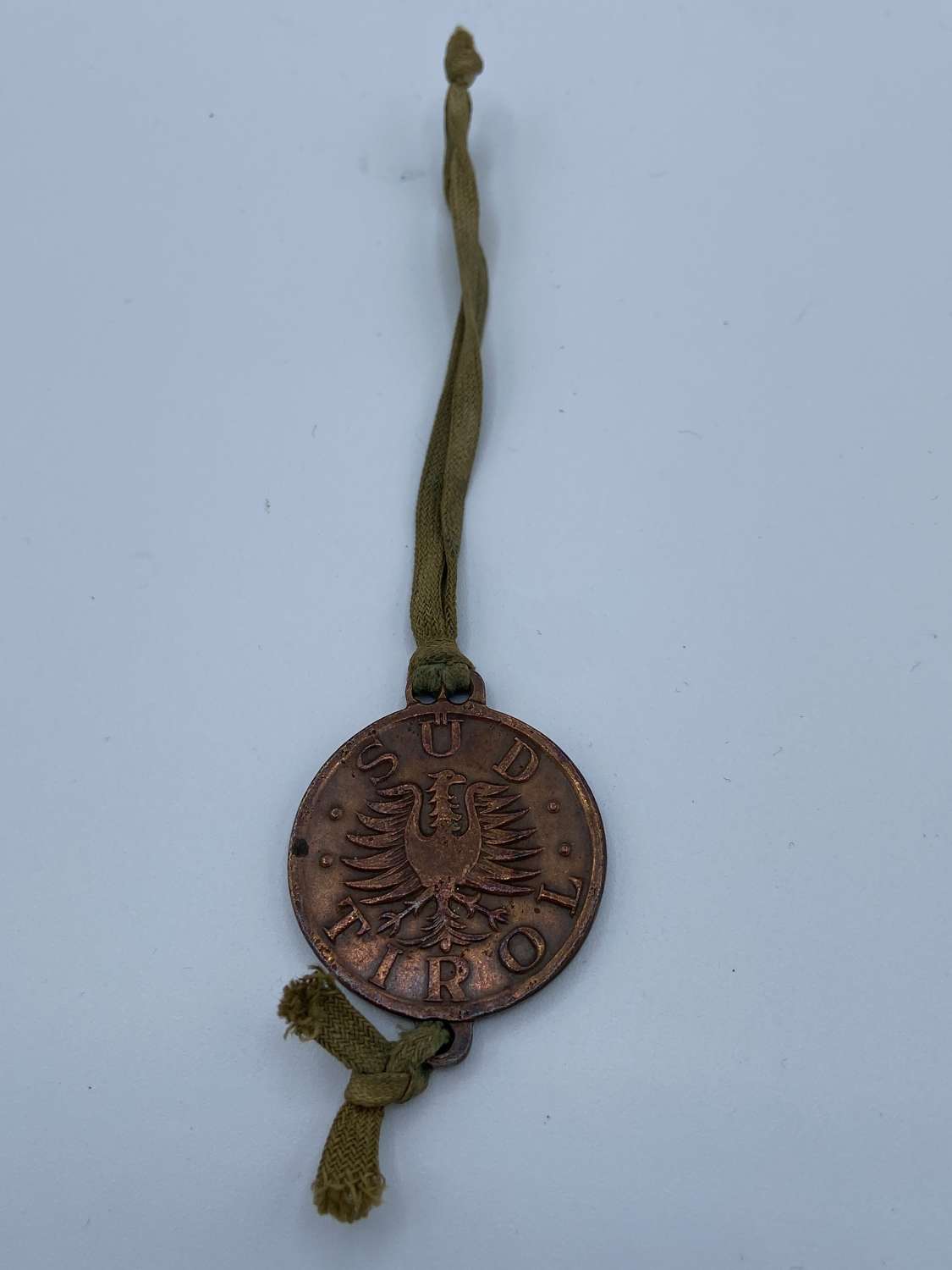 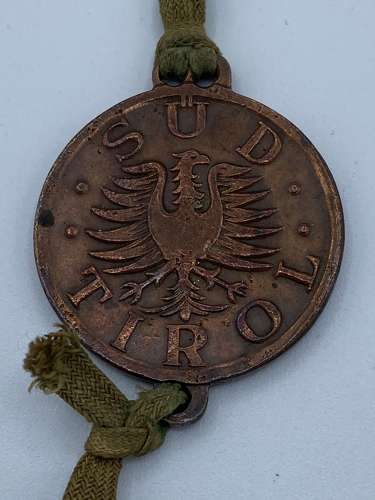 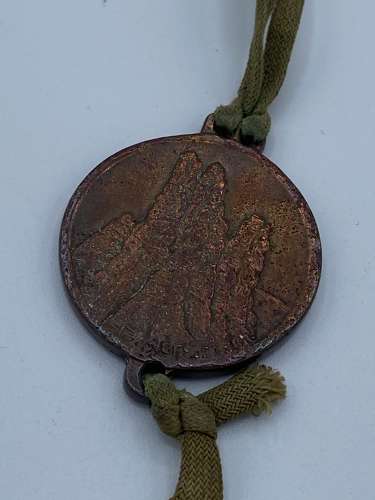 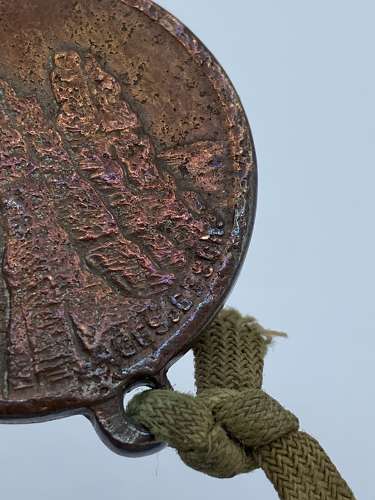 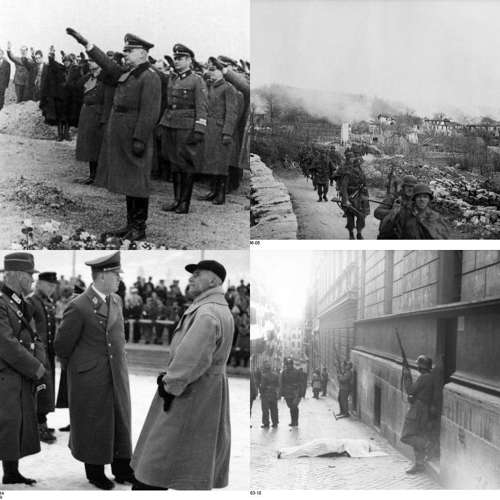 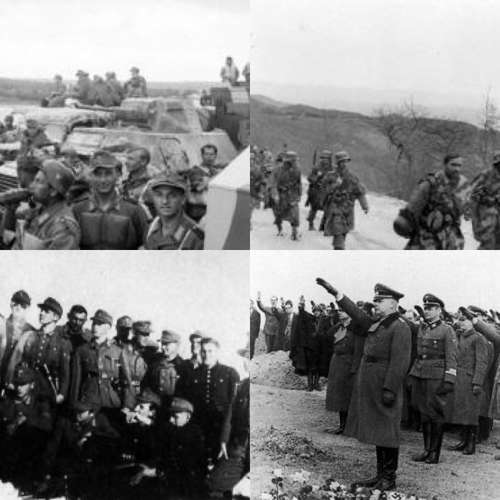 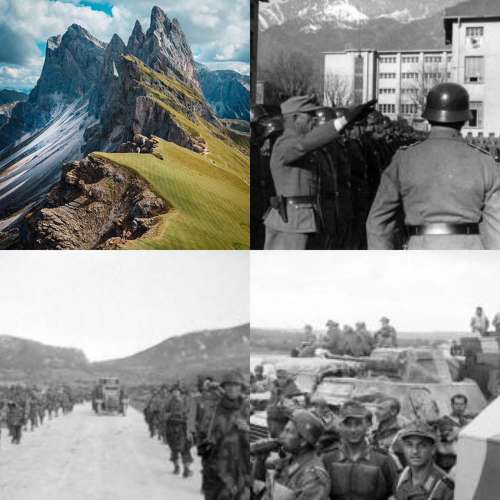 For sale is a rare WW2 German Polizeiregiment Südtirol SS Mountain Climbing Proficiency award maker marked GES.GESCH. On one side of the “Südtirol“ with an Austrian Tyrol eagle in centre, on the reviser is one of the limestone mountain peaks in Südtiroland on the rim is GES.GESCH. In 1943 the Polizeiregiment Südtirol we're heavily trained in the mountains and peaks of Südtirol, learning and adapting how to best survive in their surroundings, upon competition these proficiency medals/ awards and tokens would be awarded. A good piece of history, and in good condition, please see photos for more details.

History of Polizeiregiment Südtirol:
Polizeiregiment "Südtirol" (Police Regiment "South Tyrol"), later Bozen, and finally SS polietzregiment "Bozen" ,was a military unit of the German Ordungpolietz ("Order Police") recruited in the largely ethnic-German alto adigeregione in north-east Italy in late 1943, during the de facto German annexation of the region. The ranks were ethnically German Italian draftees while officers and NCOs were Germans. This police regiment was estimated at 2000 men at its height.

Polizeiregiment "Südtirol" was formed in October 1943 under the command of Oberst Alois Menschick. By the end of the month the regiment, now called Polizeiregiment "Bozen",had over 2000 soldiers in four battalions, each composed of four, later three, numbered battalions (I, II, III). Its members were trained for three months in the use of their weapons, camouflage, squad combat, and Count gorilla warfare They were sworn into the Wehrmacht  on 30 January in the presence of Karl Wolff and Karl Tinzl  , then were assigned to the front.

Members of SS-Polizeiregiment "Bozen" were almost exclusively equipped with Italian weapons, ranging from Carcano rifles to Beretta submachine guns. Heavier weapons, like the Italian Breda light and heavy machineguns were also used. The uniform consisted of the regular blue-green wool uniform as worn by all Polizei members, worn with either a peaked cap or an overseas cap. German or Italian camouflage shelter halves, along with other garments made from Italian camouflage, was also heavily used.