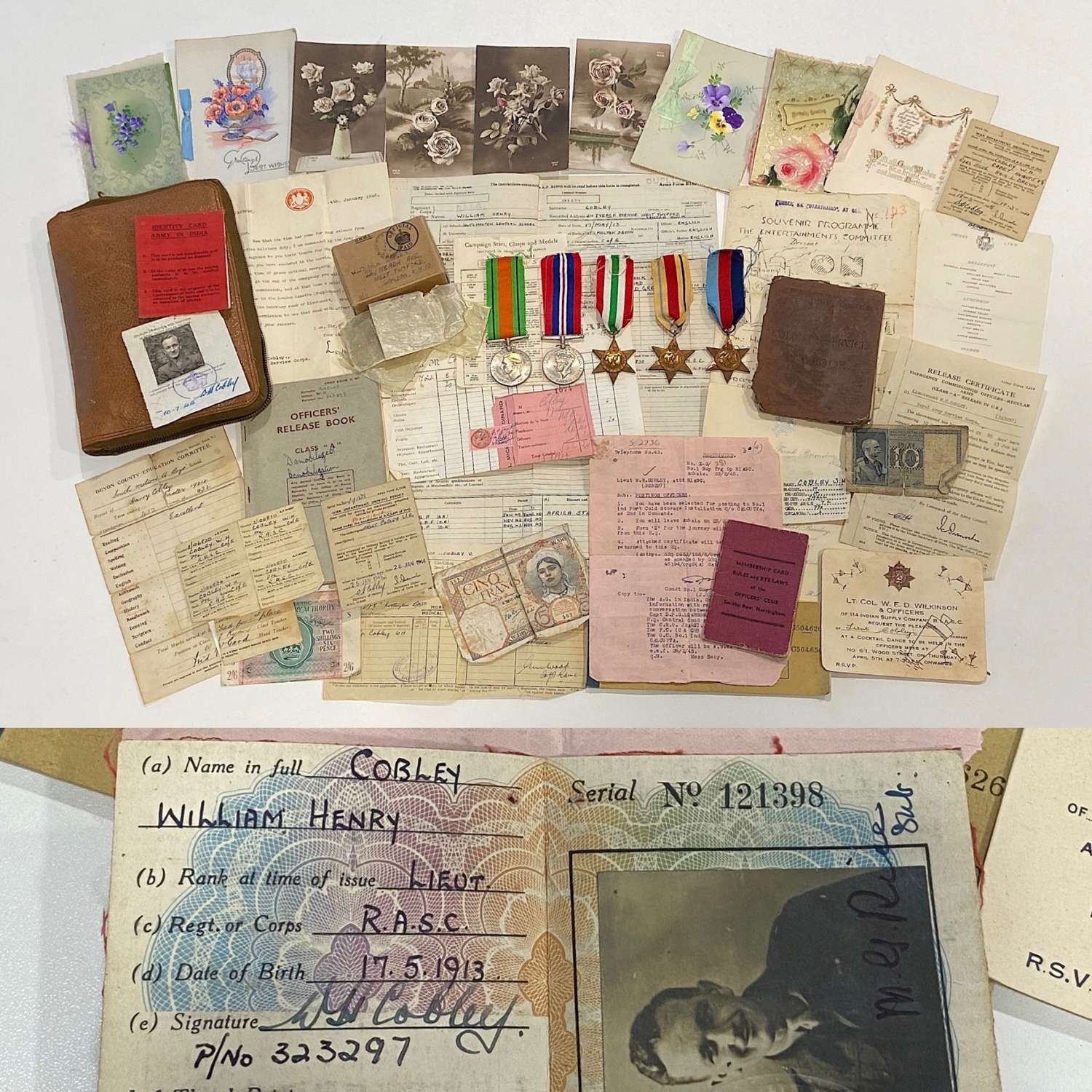 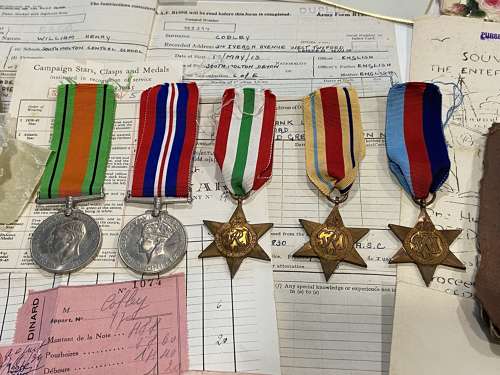 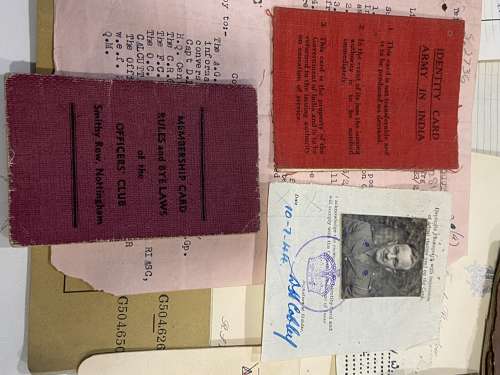 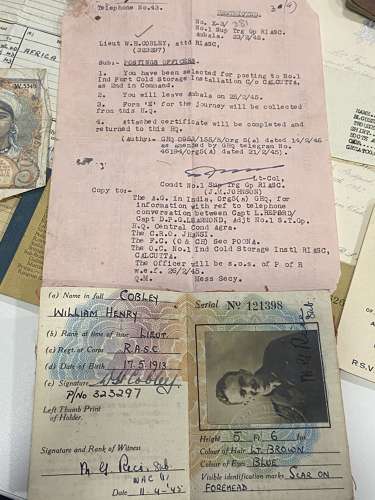 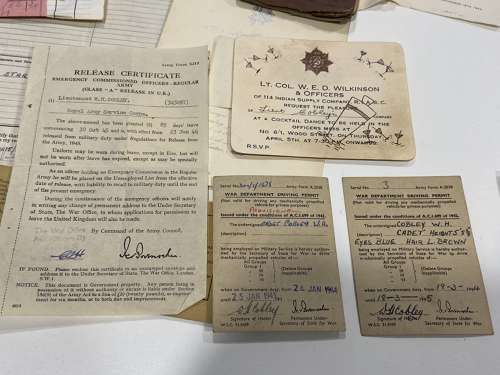 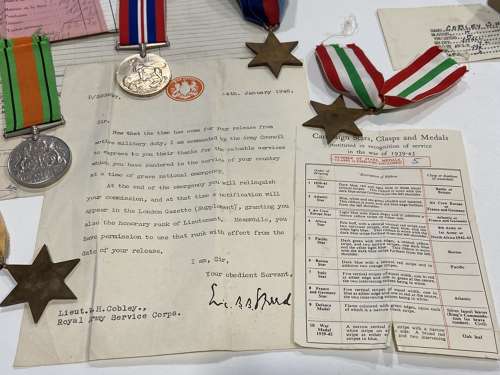 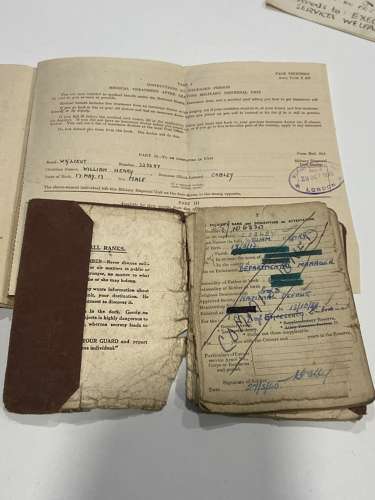 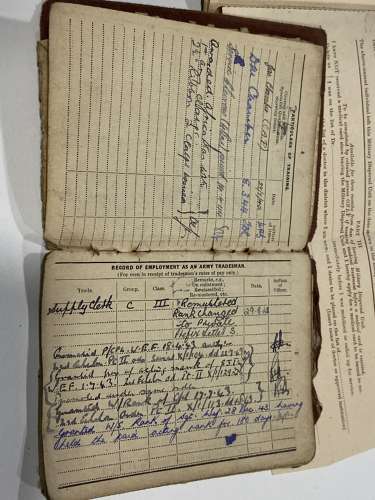 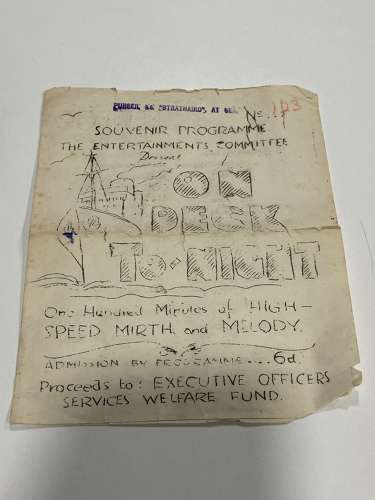 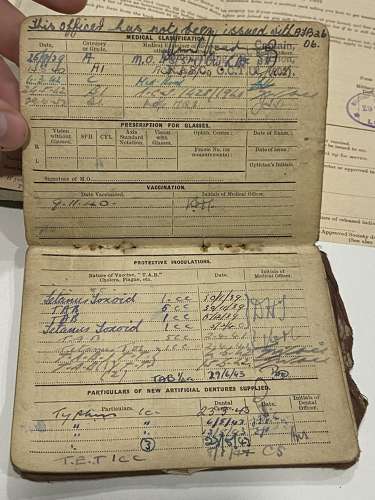 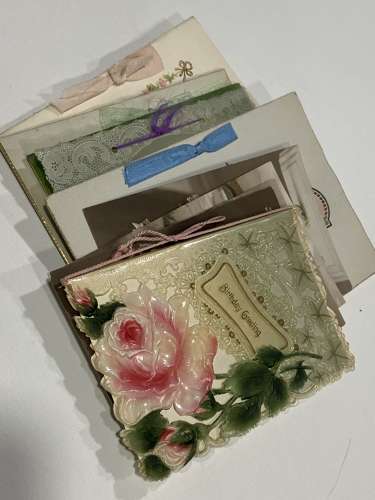 For sale is a WW2 Medals And paperwork lot to 323297 Lieutenant William Henry Cobley RASC (royal army service corps). Born 17th May 1913. He enlisted 13/10/1939 and was discharged 20/10/1945. From January 1940 to June 1940 he served with BEF (British expeditionary forces), November 1942 to august 1943 served with BNAF (British North Africa force) 8th army Algiers to Tunis and also served with CMF (Central Mediterranean Force) August 1943 to November 1943. And then a letter & Indian army identity card which is included in this lot states 25/02/1945 Lieutenant Cobley had been selected and moved to No1 ind port storage installation c/o Calcutta India as 2nd in command. He was entitled and included in this lot a defence medal, war medal, Italy star, Africa star and 1939-45 star all in the original box with wrappers. This is an interesting lot, tons of potential research still to do.