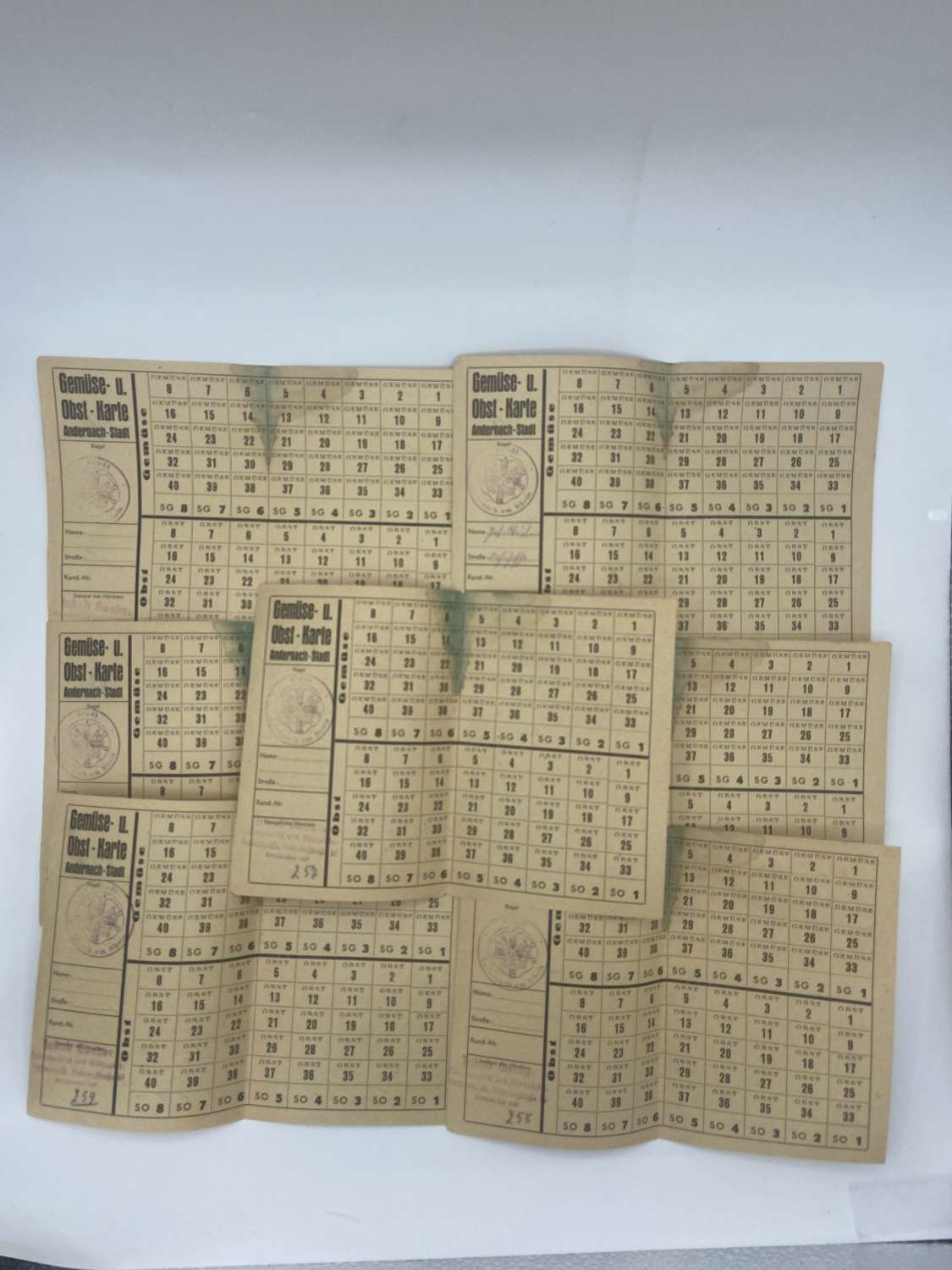 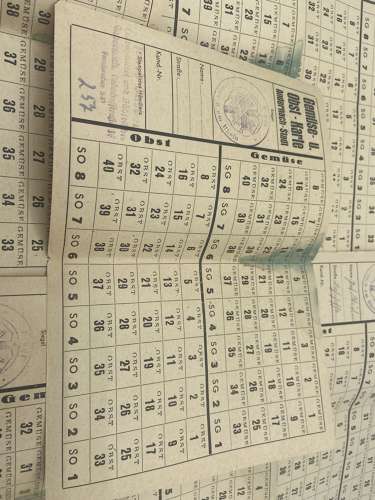 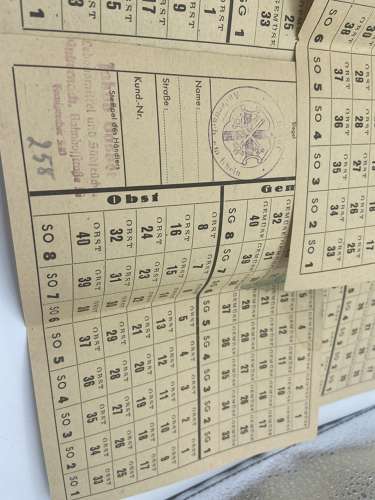 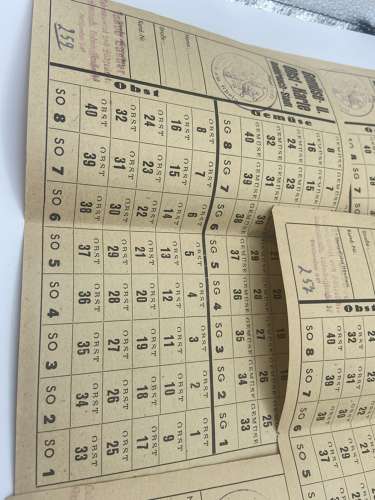 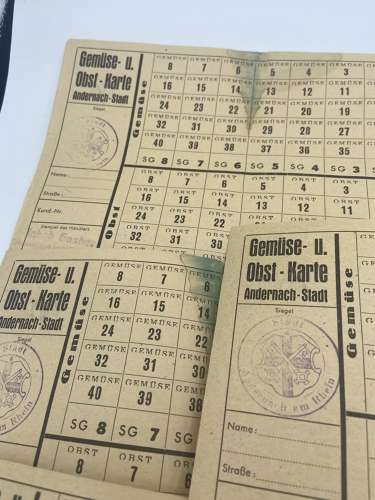 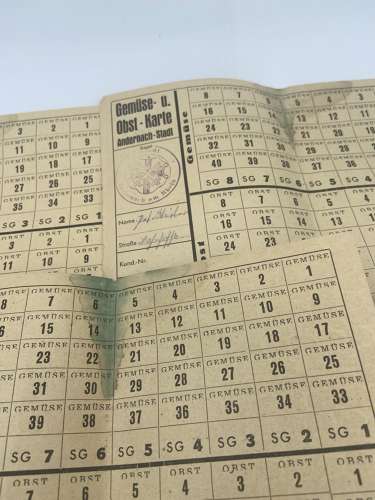 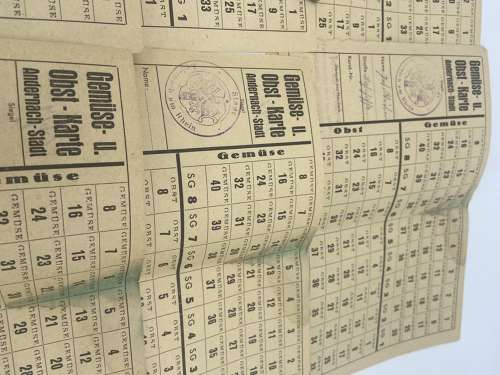 £45.00 Approx $55.21, €52.39, £45
(1 in stock)
Qty
For sale is a set of seven Rare Late 1920s Occupation Of The Rhein Vegetable Ration Cards all unused, but with the official district Rhein stamp. In good condition however please see photos for more details. The price is for all 7 items, all are the same except there all seven consecutive issue numbers.
The Occupation of the Rhineland from 1 December 1918 until 30 June 1930 was a consequence of the collapse of the Imperial German Army in 1918. Despite Germany's proving victorious on the eastern front following the Russian Revolution, the military high command had failed to prevent the continuing erosion of morale, both domestically and in the army. Despite transferring veteran troops from the eastern front to fight on the western front, the Spring Offensive was a failure and following the outbreak of the German Revolution, Germany's provisional government was obliged to agree to the terms of the 1918 armistice. This included accepting that the troops of the victorious powers occupied the left bank of the Rhine and four right bank "bridgeheads" with a 30 kilometres (19 mi) radius around Cologne, Koblenz, Mainz and a 10 kilometres (6 mi) radius around Kehl. Furthermore, the left bank of the Rhine and a 50 kilometres (31 mi)-wide strip east of the Rhine was declared a demilitarized zone. The Treaty of Versailles repeated these provisions, but limited the presence of the foreign troops to fifteen years after the signing of the treaty (until 1934). The purpose of the occupation was on the one hand to give France security against a renewed German attack, and on the other to serve as a guarantee for reparations obligations.
Guaranteed original or money back guaranteed. This will be sent 1st class signed for and dispatched within two to three working day’s.